Bullion director Ben Murray looks to his comedy contemporaries to spotlight the challenges in bringing the funny to screen.

Who are three contemporaries that you admire, and why?

Ben Taylor is someone I look to as navigating both commercial and TV in a way I aspire to – the way he bought Sex Education to life is an impressive achievement. I appreciate how hard it is to win those battles in UK comedy and steer away from just getting coverage as so many shows in that space seem to.

I like the work of Ian Pons Jewell. His work isn’t out and out comedy but has some funny, more subtle and surreal moments. It feels modern, devoid of anything slapstick, casting is always on point. There’s a real trend toward dynamic, hyperactive camera movements now (not always done well) and I think he’s done a great job of innovating in this space.

Please share 3-4 pieces of work that you think best embodies excellence in your comedy direction, and explain why?

I’m proud of the supporting content I did on People Just Do Nothing. I was fortunate enough to be there right at the inception stage and create much of the short-form content that went out with the show. Grindah on Prison, Gold Rush with Chabuddy G and the Comic Relief video, are pieces I really enjoyed creating and I like to think aided in them transcending and crossing over from the world they occupy on the TV show.

I like the work of Ian Pons Jewell. His work isn’t out and out comedy but has some funny, more subtle and surreal moments. It feels modern, devoid of anything slapstick, casting is always on point.

My recent spot for Bull-Dog skincare also felt like a step in the right direction for me. The VO was in place, but I really focused on creating three-dimensional characters in my treatment, something that was missing from the script. I think the time I’ve taken out for TV writing projects has really helped me with casting and what makes good characters. I like to think that’s what got me the job. Shout out Kharmel Cochrane on the casting there, thank you!

Lastly, I’d say my work on Peacock – a comedy I’m writing for the BBC. I set the look with the pilot and I’m in the process of writing the series. It’s been a labour of love (six years) and meant that I had to turn down quite a few other commercial briefs but hoping it will all be worth it when it’s released next year. 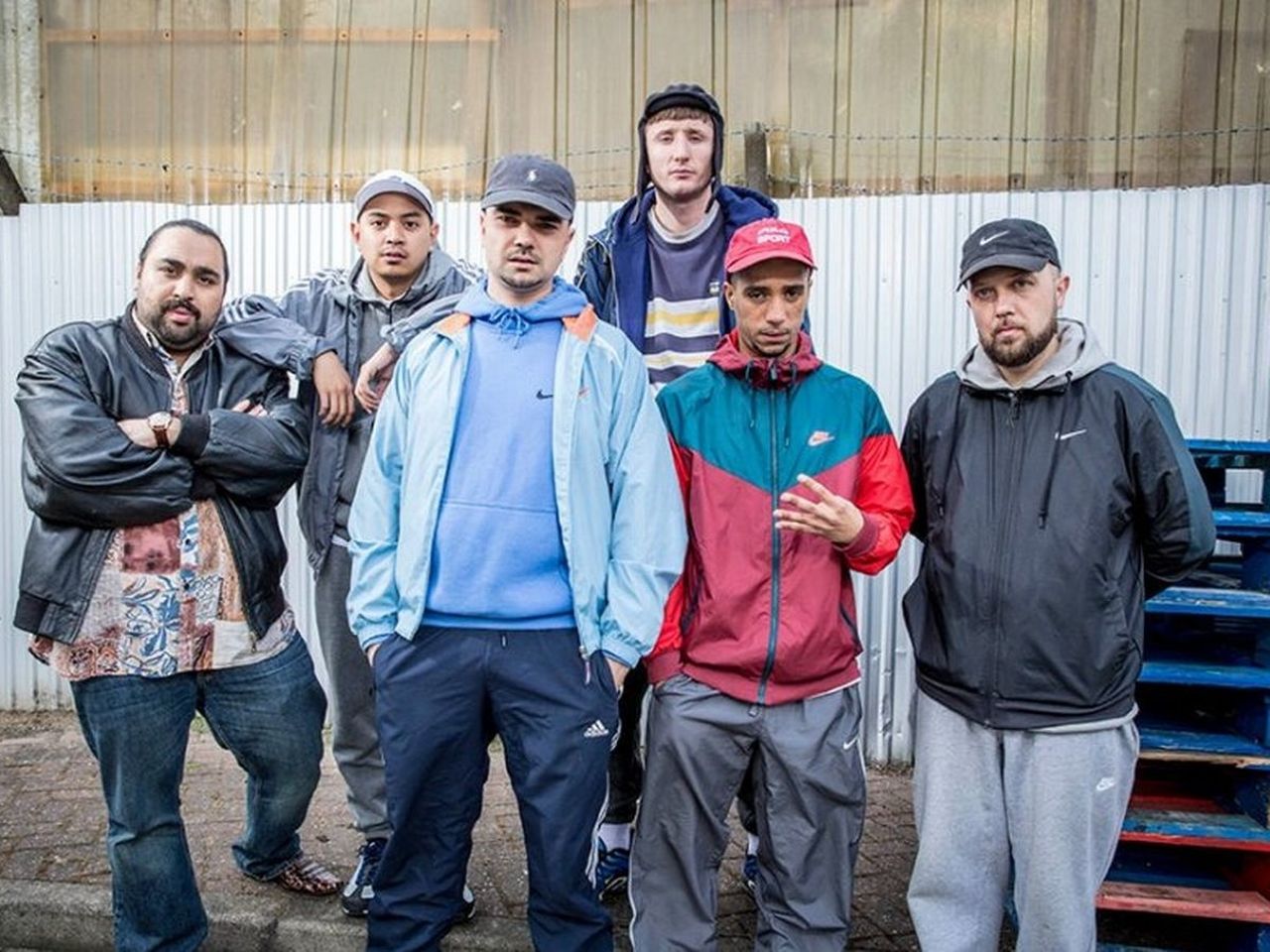 Above: The People Just Do Nothing gang.

What do you like most about the work that you do?

Working with actors on dialogue. When your talent is good, it just brings something else to the project, often stuff you weren’t expecting. Free jokes, what’s not too like.

I also like the challenge of trying to elevate briefs, trying to find a humorous or technical approach.

What is the process for becoming a Comedy Director?

My journey has been quite different to what’s typical (maybe?).

My first comedy directing opportunity came when People Just Do Nothing was conceived. It started in Hugo’s bedroom (Beats) where we’d pretty much adlib scenes and I’d be on the camera. I still remember editing the first episode (No Sauce) in the basement of Partizan on a Sunday (I was a runner there). I was so inexperienced that we didn’t get any reaction shots! The YouTube stuff was so raw. But I think that was good, people thought it was real - inspiring comments from viewers like; "chavs!" and "get a job" that kind of healthy encouragement you need to keep going.

People Just Do Nothing was conceived in Hugo’s bedroom (Beats). We’d pretty much adlib scenes and I’d be on the camera.

When the show got commissioned, I was way too green to direct it, so my journey took another direction. Music videos became my medium and I experimented a lot with technique and storytelling, but the ones that seemed to do best always had a sense of humour at their heart. Slaves' Cheer Up London and Duke Dumont's Real Life are good examples of this.

After that, demand for comedy work from me started. So yeah, team up with funny people and make stuff basically. Other tips – shoot a Blap or similar for C4, work with funny talent.

What is one thing all Comedy Directors need?

An understanding of where the joke lies is essential and then being able to push it. It’s easier said than done. It’s a horrible feeling when you read something funny on paper, then shoot it in the scene and start to realise the jokes not landing. You need to be able to improvise and adjust on the spot. I think it’s a trait that sets comedic directors apart from others (knowing where the joke is).

Above: The art of Coen comedy.

Who was the greatest Comedy Director of all time? Why?

For me, it’s the Coen Brothers. They really make you earn the joke as a viewer, but when they land, they’re some of the best. You can also see their influence in so much of modern television, especially the move toward more cinematic programming. I love it.

Did you have a mentor? Who was it?

Not officially. There have been a couple of significant people who have helped. I used to assist Henry Scholfield when he was just getting going. Shot some B-unit and did a lot of tests. He really pushed me toward directing.

An understanding of where the joke lies is essential.

Same with Chris Cairns also at Partizan at the time. More recently I’ve been talking with Bart Layton on stuff. He’s not comedy, but wears a few hats (like myself) very successfully, so been useful to speak with someone ten-odd-years along the journey (sorry if I got your age wrong Bart).

Who’s the next Comedy Director to watch out for?

I am slightly biased here as we’re on the same roster. But Alan Resnick is doing some wild stuff. It’s very different to what I typically watch, but his recent short-form series for Hulu made me take notice. 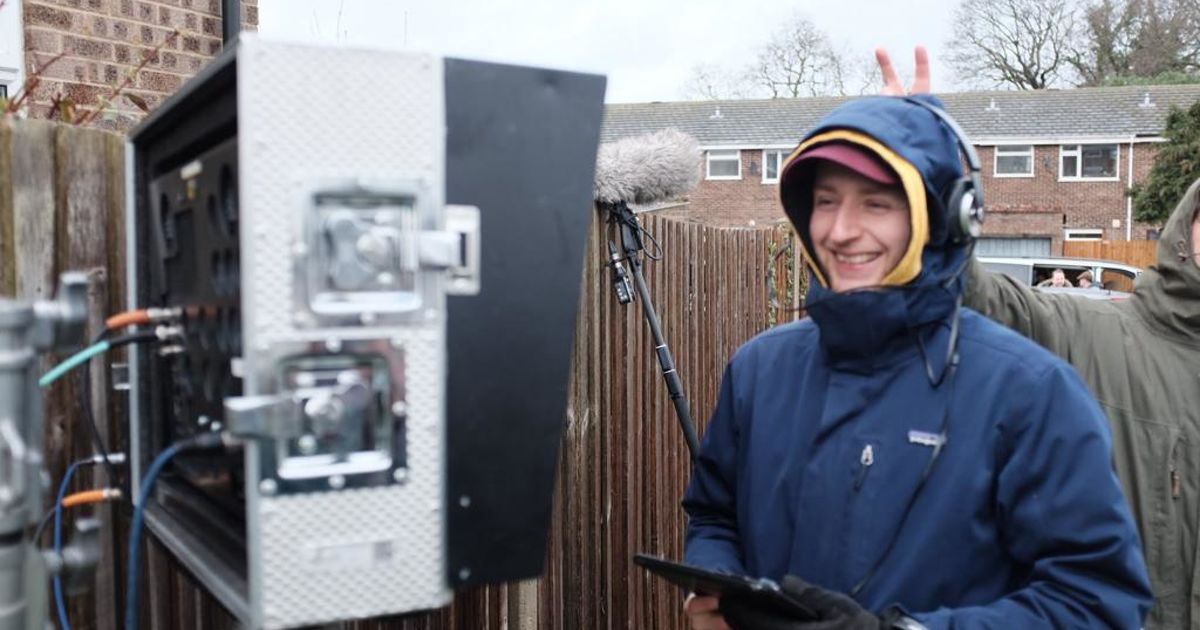 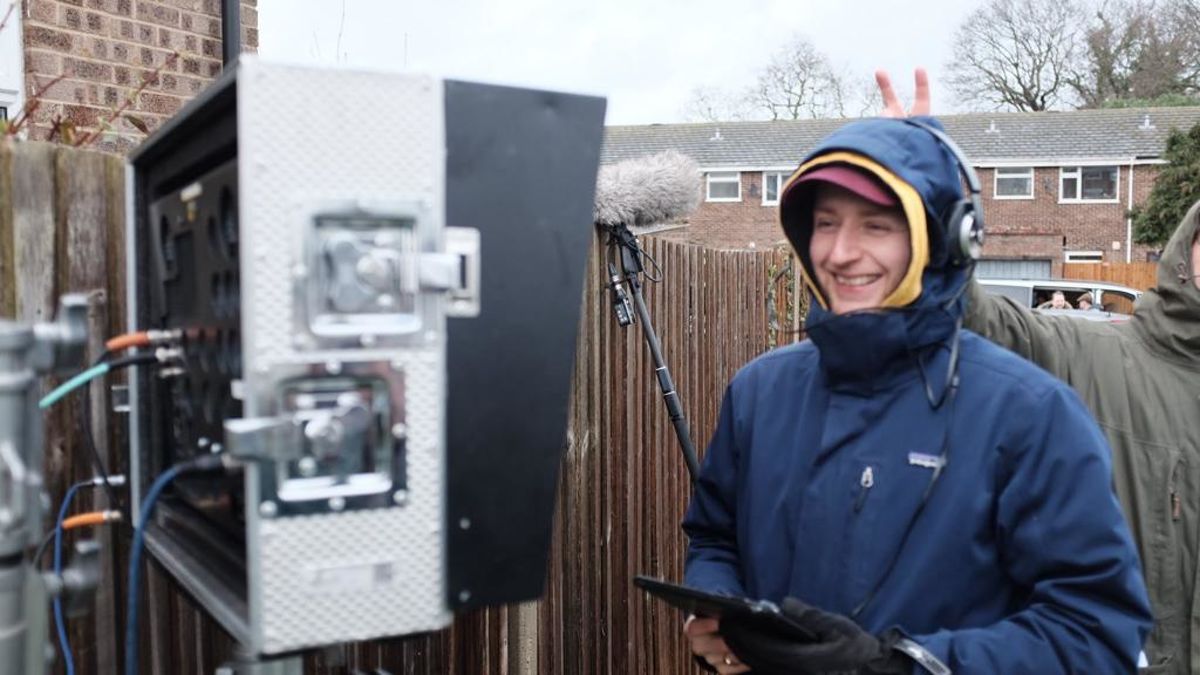