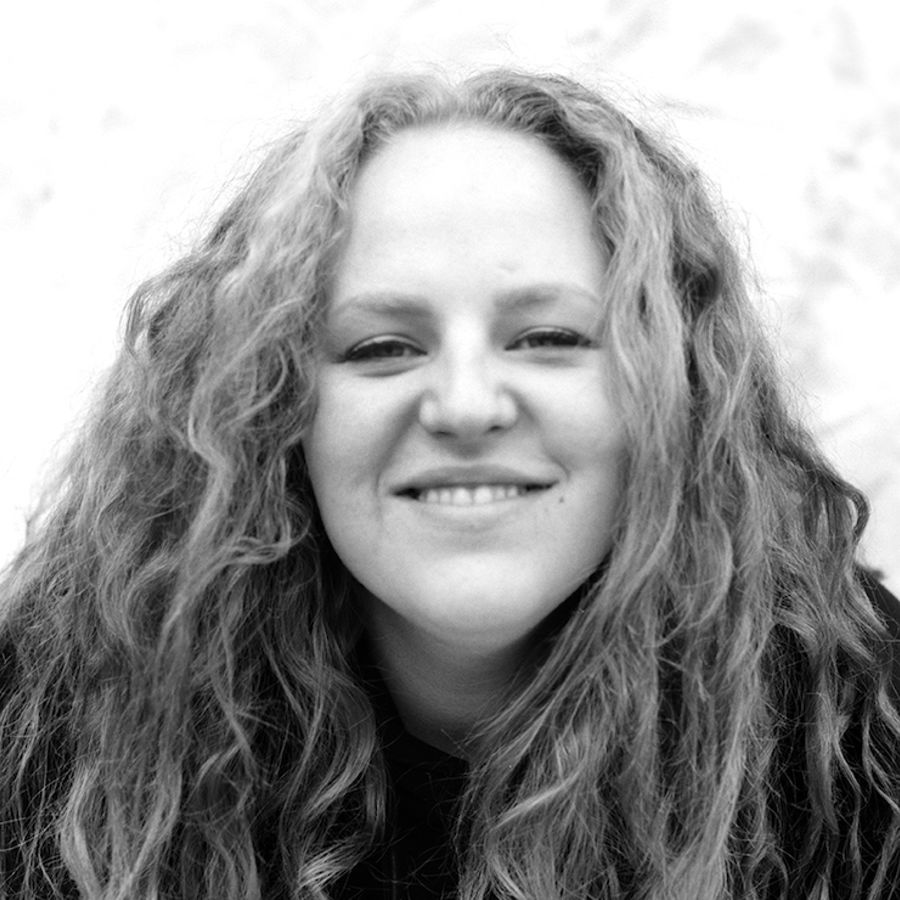 On My Radar: Olivia Rose

Stink Rising director Olivia Rose shows the love for an IKEA Christmas commercial, celebrates a website that's become the 21st century version of a business card, and admits she might just have a small problem with her admiration for a particular flower.

Simpsons x Balenciaga, anyone? Oh, I love me an unexpected pairing, and that film delivered. From a stills perspective, has anyone seen the new KFC billboards? Your chicken could never? They have all these faux cum faces, whilst people nosh chicken thighs, plastered all over billboards in London. Bring on the racy advertising! I also abso-fucking-lutely LOVED the D Double E Ikea Christmas advert [Silence the Critics]. It felt like a really smart, harmonious way of incorporating one of my favourite grime artists into a space we weren't expecting to find him. The joy and humour of his lyrics and voice, overlaid over the hilarious normcore visuals was just a delight to my eyes and senses. 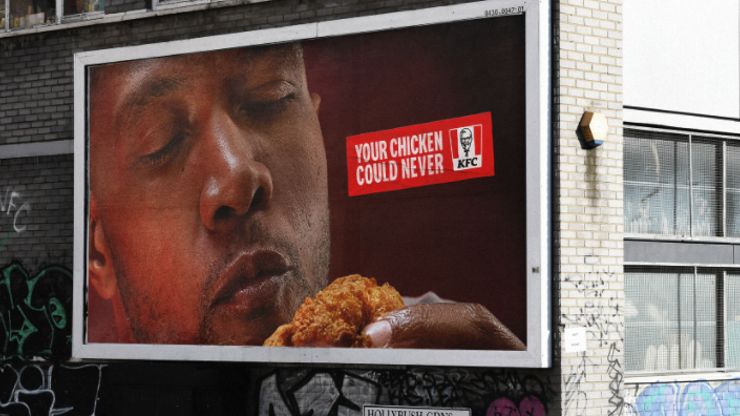 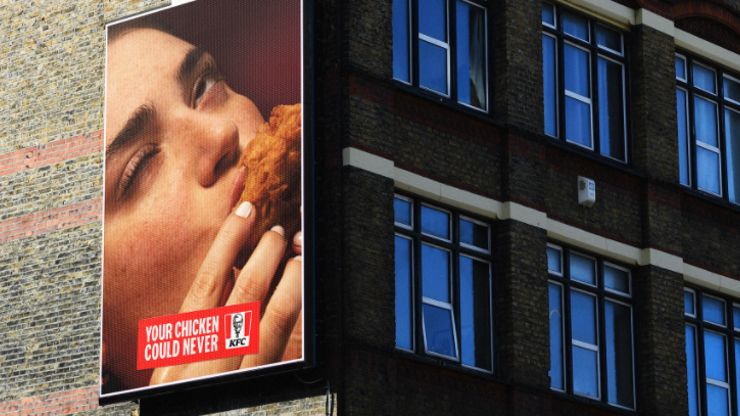 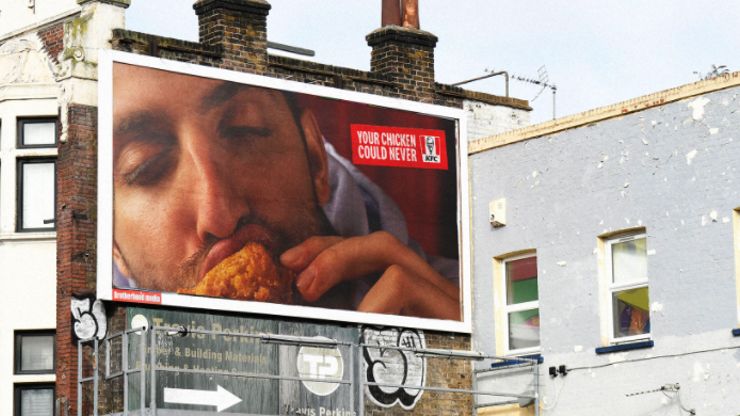 I'm an analogue girl. I call myself a dinosaur when it comes to tech because, honestly, that stuff just doesn't turn me on. It's best left to the tech  professionals whilst I concern myself with concepts and cast members. But my most useful new piece of kit is my Crocs. [Bear with me!] I got the platform edition, in plain black and, frankly, they feel like I am walking on clouds, and they are 100% waterproof and 100% stylish. Perfect for recces on cold beaches in October, and with only a flick of the hand you can bring the strap down and get into sports mode - perfect for long shoot days. 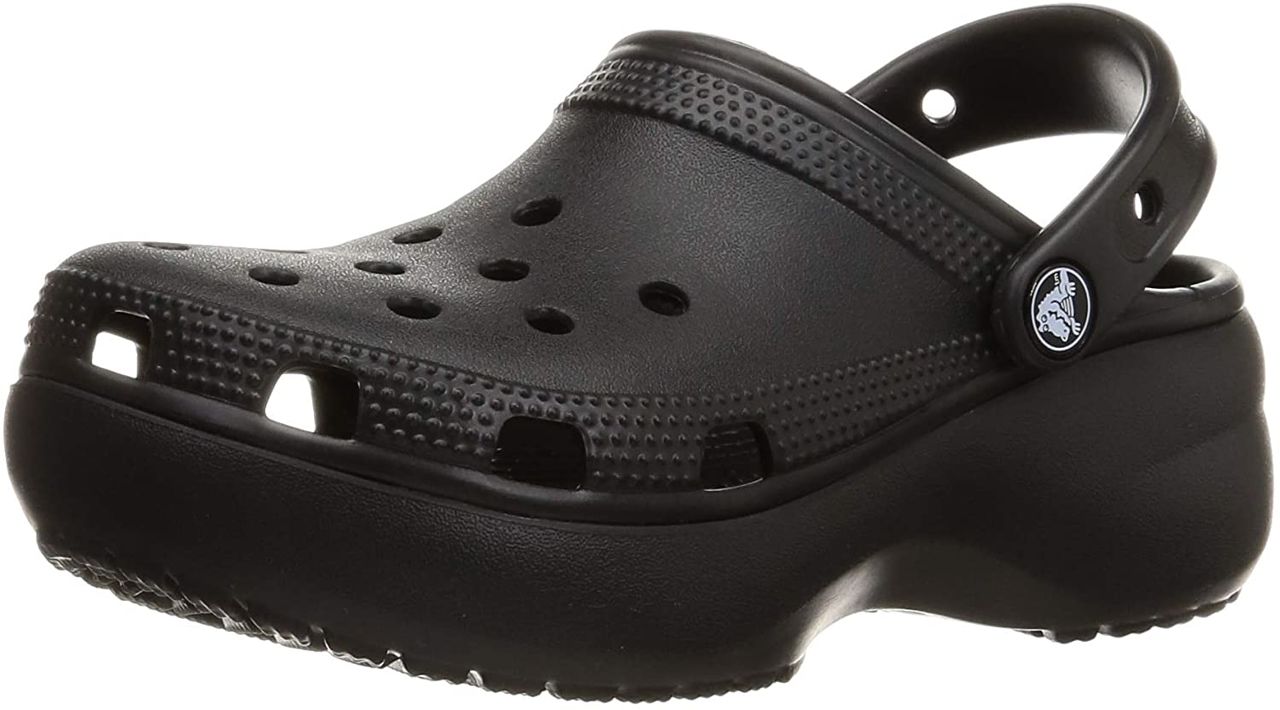 Kodak Tri X black and white film. It's just the best for contrast and flexibility. It's my go-to film, and it has never let me down. Kodak, if you're listening, I'm ready for my sponsorship now.

Ok, so I don't think the last year has been the best for cinema, but I really got engrossed in Malcolm and Marie. I think it was the success of a lockdown production; a one location film that relied entirely on incredible cinematography (Marcel Rev! A hero!) and brilliant emotive acting from Zendaya and John David Washington. I also liked the focus on the film industry as subject matter, it resonated personally as a film maker.

La Haine. A masterpiece of cinema, a shining example of the power of black and white cinematography. The way the film deals with race and social status in the Parisian ghettos is still as relevant today as it was when the film came out in 1995. And every damn frame is a photograph. All hail Mathieu Kassovitz and Pierre Aim for their dedication to detail. 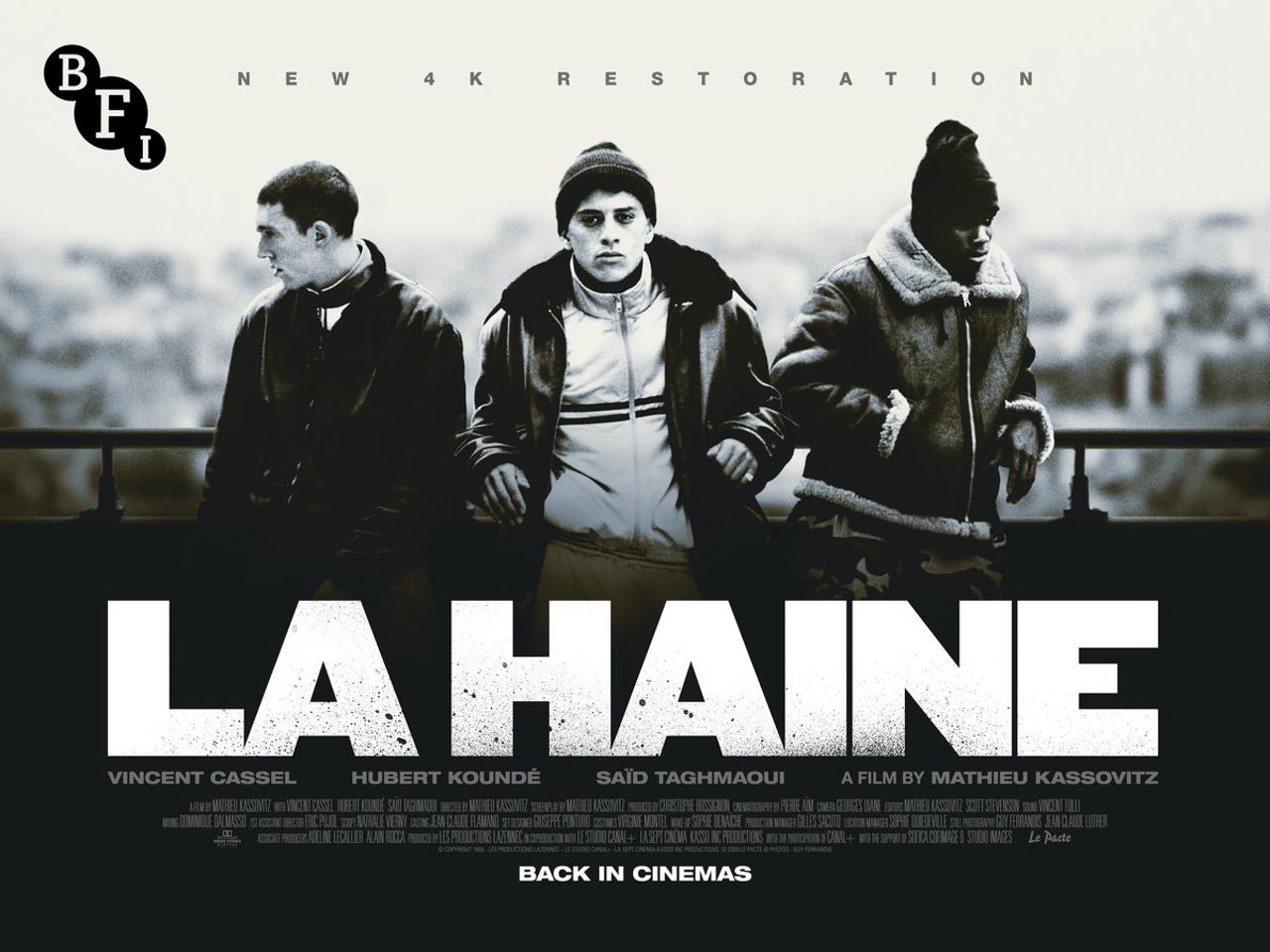 WhatsApp. And during the recent black out I was left cold and alone with no contact to the outside world, and it messed with my head. There's no doubt we are all too dependent on social, but for real, staying connected in these troubling times can be a lifeline.

The Sopranos, which I watched in a mega three month binge when I decided to move to Bermuda and live with my granny for a while. I am really upset that I've seen it all to be honest, because the thought of being a Tony Soprano virgin again is heady and full of hope. Oh, and Euphoria. Bring on Season 3, I am more than a little excited that my girl Rina Yang DP'd a block, so there's something to look forward to!

Anything true crime. I get it from my mum who says that falling asleep with the crime channel on is 'restful'. Ha! Each to their own. Some people like ASMR, I like Morbid, which is true crime narrated by two women in the States who are funny and pithy when they do their deep dives into cases. I also love Red Handed, from the UK, which is basically the same format (two smart female narrators) discovering hidden details from true crime cases all over the world. Both narrating duos have such amazing disdain for the killers and it makes me laugh.

I went to see Photo London at Somerset House [below]over the summer, to satisfy my need to see what's going on with art photography in 2021. Although the exhibition itself actually felt a little bit old fashioned to me (I think we are all a bit bored of the same photo documentary Magnum style images we have seen for 50 years) and I yearned for the inclusion of more exciting up-and-coming photographers, including fashion photographers. But the accompanying photo book fair was A-MA-ZING. All the incredible independent publishers seemed to be pioneering the new photographers' works that I missed in the exhibition itself, and the smell of freshly published photo book is one of my favourite smells of all time!

Although I still feel that there are production companies jumping on the bandwagon of change for the optics only - I won't name names - I am so excited to finally see more diversity on the production side of the film industry. It feels that, more than ever, there is a hunger for female and POC crew and HODs, and that is a change that should have happened in our forward-thinking industry a LONG time ago, but seems to finally be becoming commonplace. I for one, am here for it.

Being told no! Spite is so often thought of as a negative emotion, but I think it's good. I'd never take my spite (which is built up from endless lost pitches, or people telling me I wouldn't make it unless I did X, Y or Z thing) out on others. I turn it inwards, as it's incredibly motivating! Nothing makes me more creative than rejection; I get in an "ooooh. I'll show you!" mentality and that lights a fire under my arse. Limitless possibility is born from a hard no.

I know it's a bit basic, but I'm called Olivia Rose, therefore I love roses. My house is absolutely full of dead roses, I have an obsession. A rose has featured in every film I've made to date (and there's no stopping that now). But, even better than a fresh bloom, is a dried and drooping rose. I've kept every bunch I've ever received and they're spilling out of every vase in the house. There's even a stash in a wardrobe, and the best dried blooms get cut off and kept in boxes. Weird? Yep. 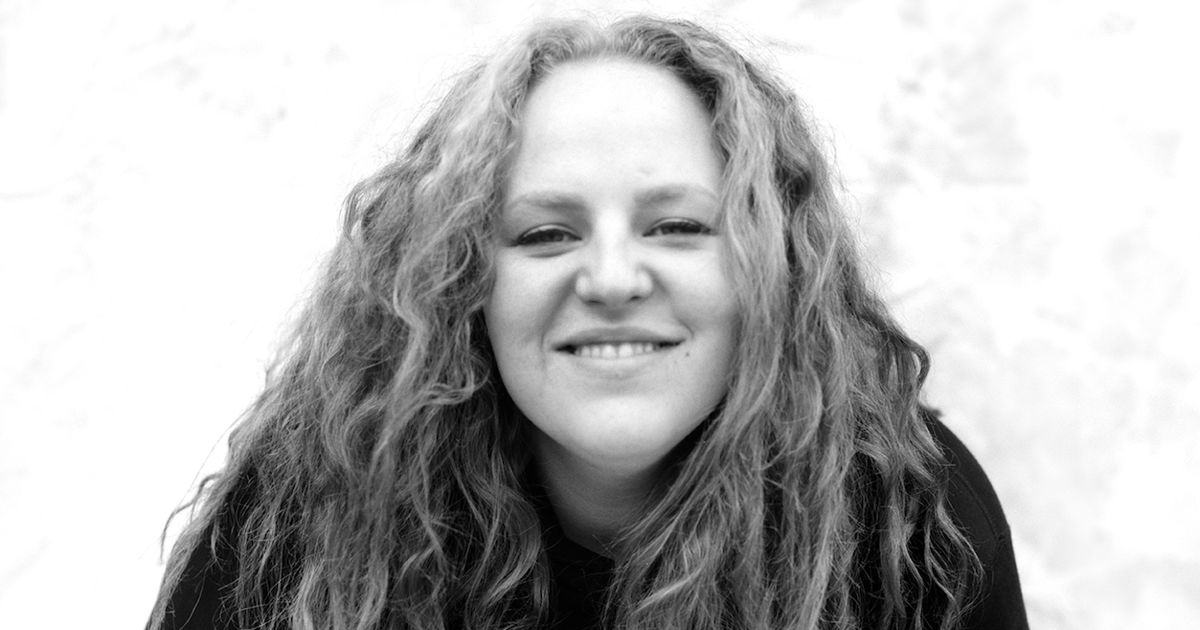 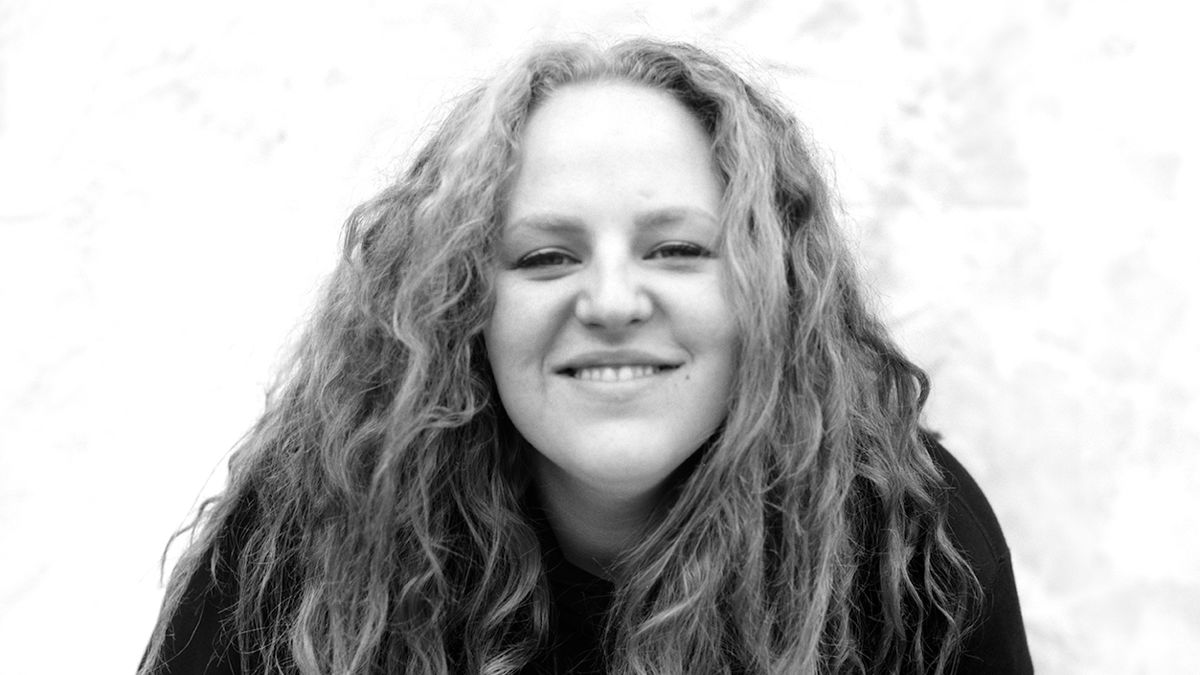