Pascal Kerouche on how his Snipes spot hit the mark

German photographer and director Pascal Kerouche has just helmed this gritty new spot for sportswear brand, Snipes, with music from and an appearance by rapper Meek Mill. Here, Kerouche reveals how he created a sports spot with a difference.

As a photographer Pascal Kerouche has shot portraits of, among many others, Snoop Dogg, Tyga and Steve Aoki, and had now turned his talents to moving image as a director.

A new campaign for German sportswear brand Snipes sees Hamlet director Kerouche take the helm on a commercial that eschews the usual sports motifs and instead turns its attention to street life in the city of Philadelphia.

The sports team focus is obvious. Everybody has seen that. But you can find that togetherness and comradeship everywhere, in every walk of life.

Featuring rapper Meek Mill, in both physical and lyrical form, the spot opens with the words, "I used to call this place here The Trap, because of the streets, the struggle, the hustle...", and over the course of almost two minutes, the documentary-style film concentrates on some of the residents of north Philadelphia.

Below, Kerouche talks about what attracted him to the project, why not focussing on a sports team was the right move, and how he's still finding his style. Above: Photographer and director, Pascal Kerouche.

When you first saw the script, what was your reaction and did you immediately know how you would approach this?

For me, it felt like, with this project, everything that I have ever done in my life came together. My time in New York, my time in music culture, my approach to working with people and my way to tell stories.

I think it’s not that common to trust this project to a guy like me, who comes from a photo background.

After just browsing through it, I already had all the pictures in my head. I really wanted to do it. At first I actually wasn’t sure what my job would be, because I knew [production company] Hamlet had a bunch of directors, and the initial brief also talked about photography, but I really wanted to do everything.

So, I asked Jens [Groeger] at Hamlet what my role would be and he said he wanted me to direct it. I was super happy! Especially as I think it’s not that common to trust this project to a guy like me, who comes from a photo background, but does not have that kind of big, commercial directing portfolio (I think I had two videos out).

We went really deep into the grimier parts of Philadelphia. The local team wasn’t too happy with that but with the right approach I knew everybody would be down to be part of it.

Thanks to Jens, and to Hamlet, who trusted me, and also to Alex Preusche from AP Entertainment. It was good that she knew me from the international artists that I worked with in the past, so she kind of knew my way of working with people, and my background in the US hip-hop world. And also Stefan from Meet Herbert Agency. We had never worked together before, but he trusted me with this one and came along for the ride, to help wherever he could.

Snipes – You Can't Stop Us 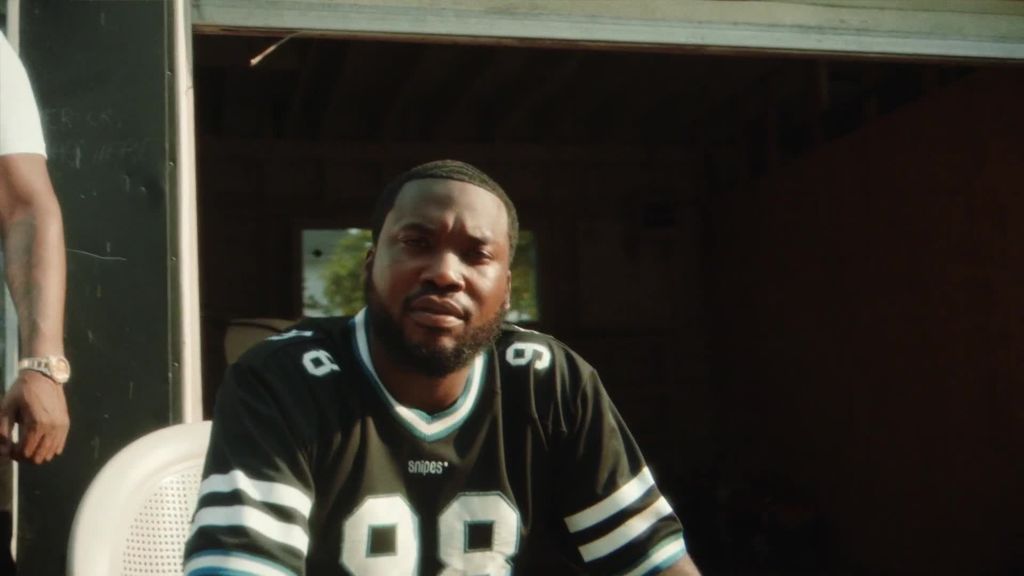 The film is a celebration of togetherness and comradeship and, for a sports brand, the focus would usually be on a sports team; why did this feel like the right approach?

The sports team focus is obvious. Everybody has seen that. But you can find that togetherness and comradeship everywhere, in every walk of life. Everybody wants to belong to something and doesn’t want to be alone. So, you just have to find your 'team'. Everybody can watch this clip and find themselves somewhere in there.

Can you tell us a bit about the casting and the process you went through for that?

I wanted to make it feel as authentic and un-staged as possible. Specifically, we needed real dirt bike riders in the video, otherwise it wouldn’t work. I went to get a SIM card for my phone in Philadelphia, and going back to the Airbnb we stayed in I saw a dirt bike rider. We actually chased him down, he went to some basketball game, I jumped out the car and approached him. On top of that I was stalking Instagram for days to find people that ride dirt bikes in Philly, that’s how it all worked out for the bikers.

We had also cast some people [for] the main shoot day with Meek, but in the final edit, I think only two of them ended up in the clip. Everyone else is real.

Besides them, the kid you see skateboarding in the clip is a local skateboarder that we approached at a skate shop we went in, because Julius, the DOP is a big skate head. He wanted to check the store out and that’s where we met the skate kid from the video.

Other people I just approached on the street during our B-Roll day. We went really deep into the grimier parts of Philadelphia. The local team wasn’t too happy with that, and were a bit nervous, but with the right approach I knew everybody would be down to be part of it.

For the rappers, I used to live in New York and have good connections over there. I hit some people up and they pointed me in the right direction and linked us all together.

I guess I’m still trying to find myself, but if I adopt my photo language to directing, which I guess is where it will end up, it’s as raw and real as it gets.

Everybody was super friendly and excited about this project. We had also cast some people [for] the main shoot day with Meek, but in the final edit, I think only two of them ended up in the clip. Everyone else is real. 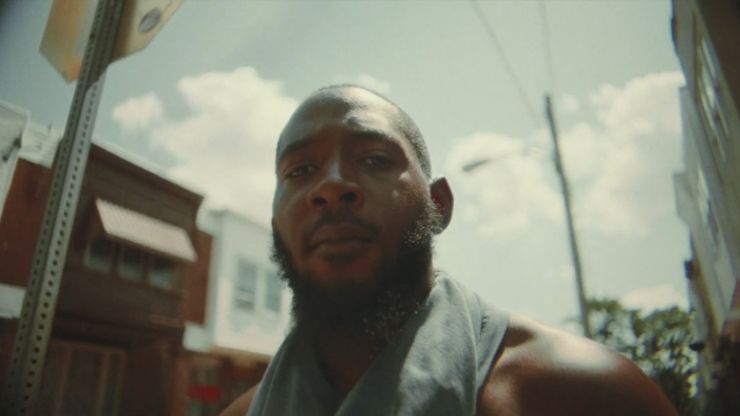 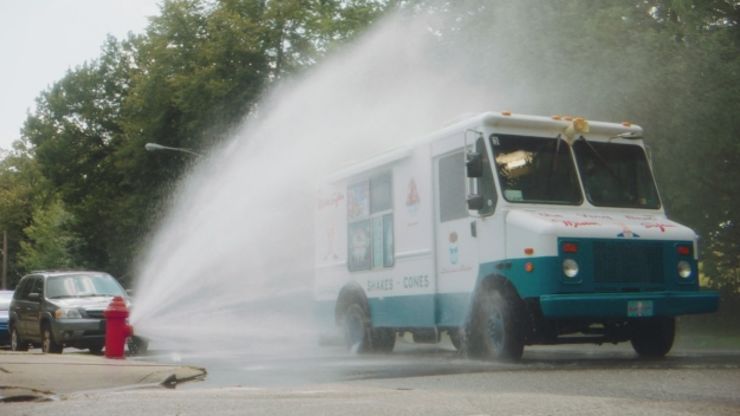 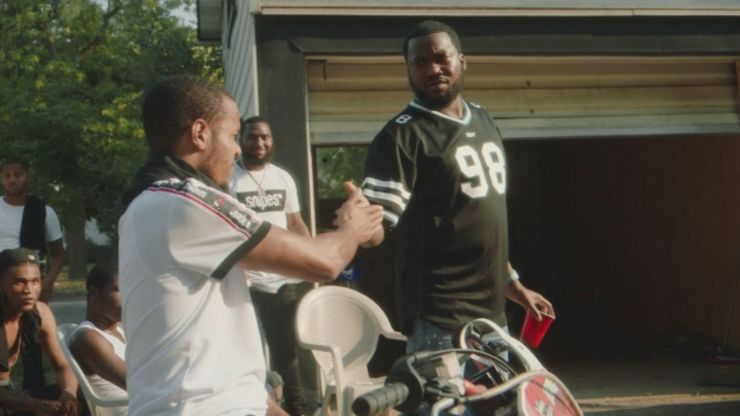 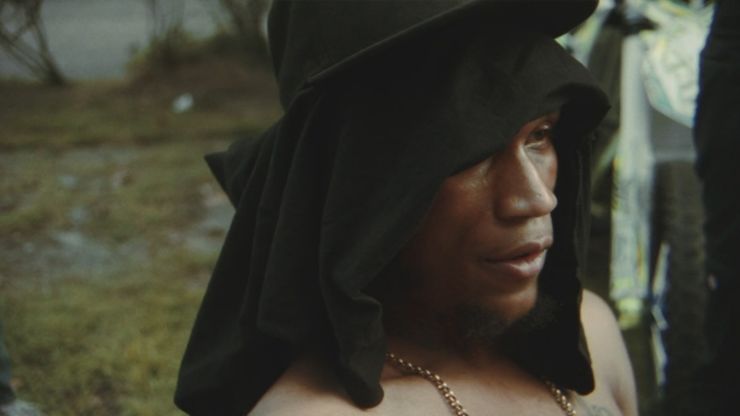 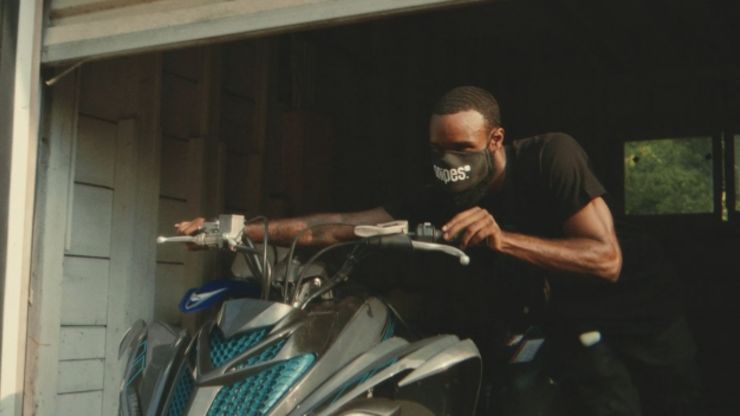 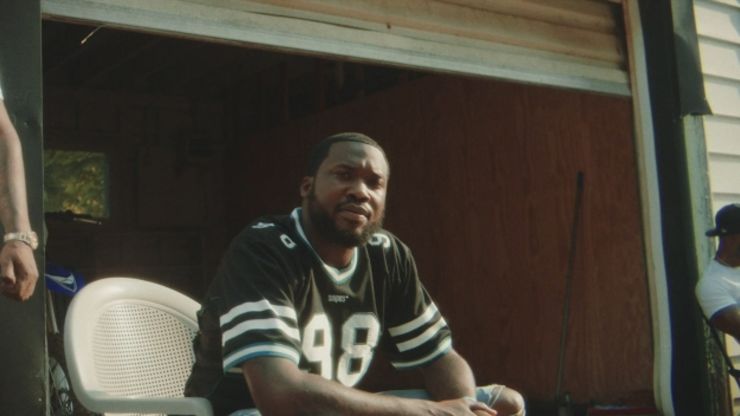 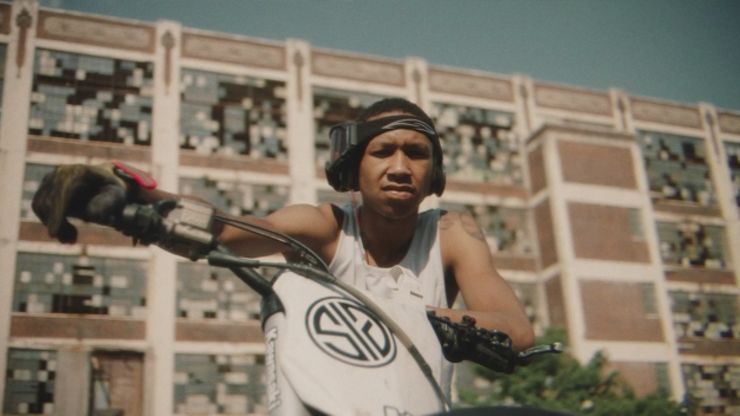 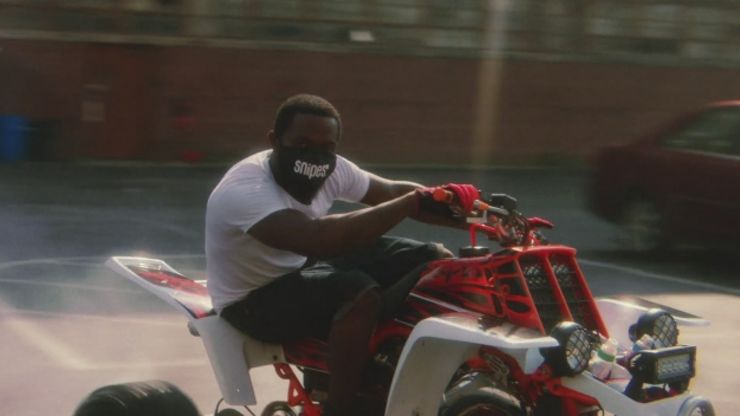 Above: Images from Kerouche's spot, You Can't Stop Us.

Your background is in photography; how did your expertise in that area help with this shoot?

It helps the understanding with the DOP a lot, creating a picture, understanding focal length. It’s basically the same thing, it just a moving image.

How would you describe your directing style?

Tough question. I haven’t directed enough clips to say I have a certain style. I guess I’m still trying to find myself, but if I adopt my photo language to directing, which I guess is where it will end up, it’s as raw and real as it gets. I always want to tell a story and I want the viewer to be part of it. To bring them into a whole different world, but to understand this world, and to harmonise with it and see themselves [there], no matter how different it is to their personal world. 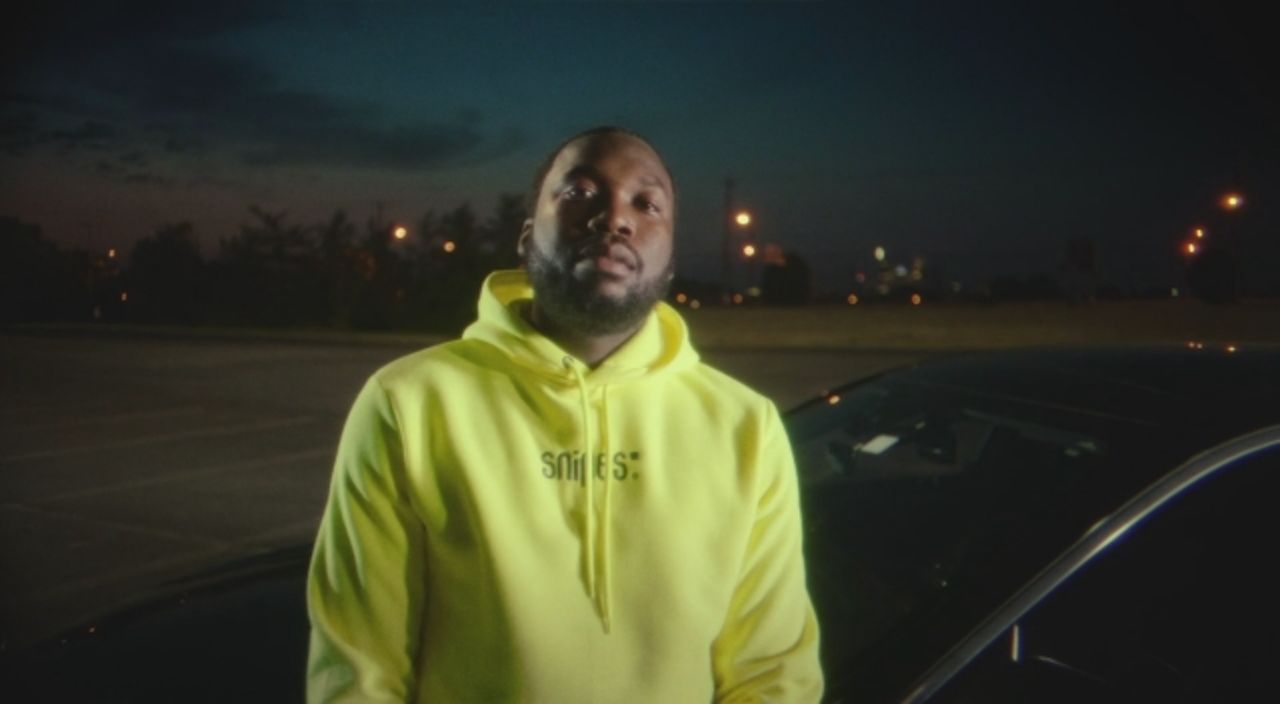 Above: Meek Mill, who stars in the spot.

What was the most challenging element of pulling this project together?

Working with music artists that you don’t have direct contact with. It’s always a fight with management and you have to make them understand and see your vision to get them on your page.

Also, the whole dirt bike stuff is illegal in Philadelphia, so it was a balancing act. Besides that, we had a great team behind us, which made the whole process super-smooth. From the organisation of everything, to the final edit and colour grading, everybody understood the vision and wanted to create something great. 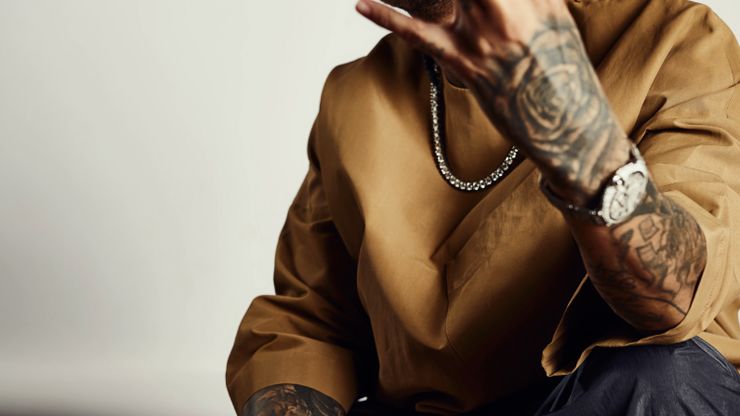 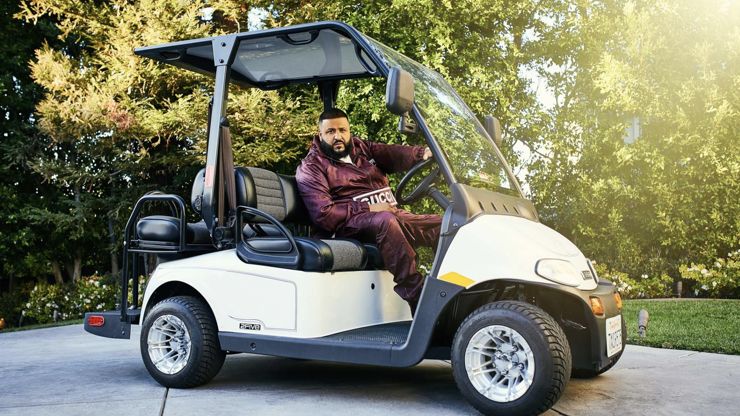 Above: Examples of Kerouche's photography, with images of Snoop Dogg, Tyga and DJ Khaled. You can find more of his work here.

It’s different steps. The first reward is the call that you got the job. Second you see, on set, how all your vision comes to life. Third is when you pass the first edit to client and they’re just happy with it. On this project we got super-great feedback from Meek Mill too, which was really cool.

I would love to work with Snipes again, specially on a project like this, because I feel like there are not many corporate brands out there that give you so much freedom and trust.

I hope to create more stuff and develop myself as a director. I’m finding a lot of fun and energy in it. I would love to do it with the same team, with Alex from AP Entertainment, Meet Herbert Agency, Hamlet and Julius of Modest. It just a great team. They listen to your vision and make everything possible so that you can achieve it.

The dope part about this one, its 100% like I wanted it to be and how I envisioned it.

I would also love to work with Snipes again, specially on a project like this, because I feel like there are not many corporate brands out there that give you so much freedom and trust, and make things so uncomplicated as they do. On top of that, one of my close friends is a pretty well-known rapper in Germany, Bonez MC. He is about to start to work on his next album, and I am pretty excited to go with him on that journey and accompany him on the creative process. 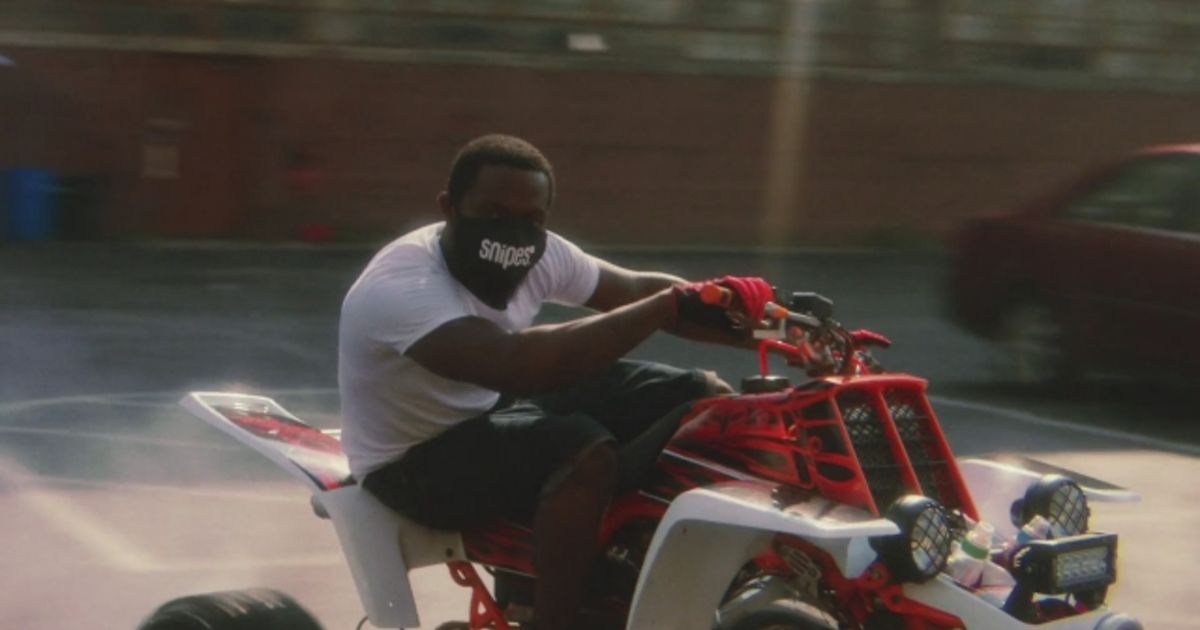 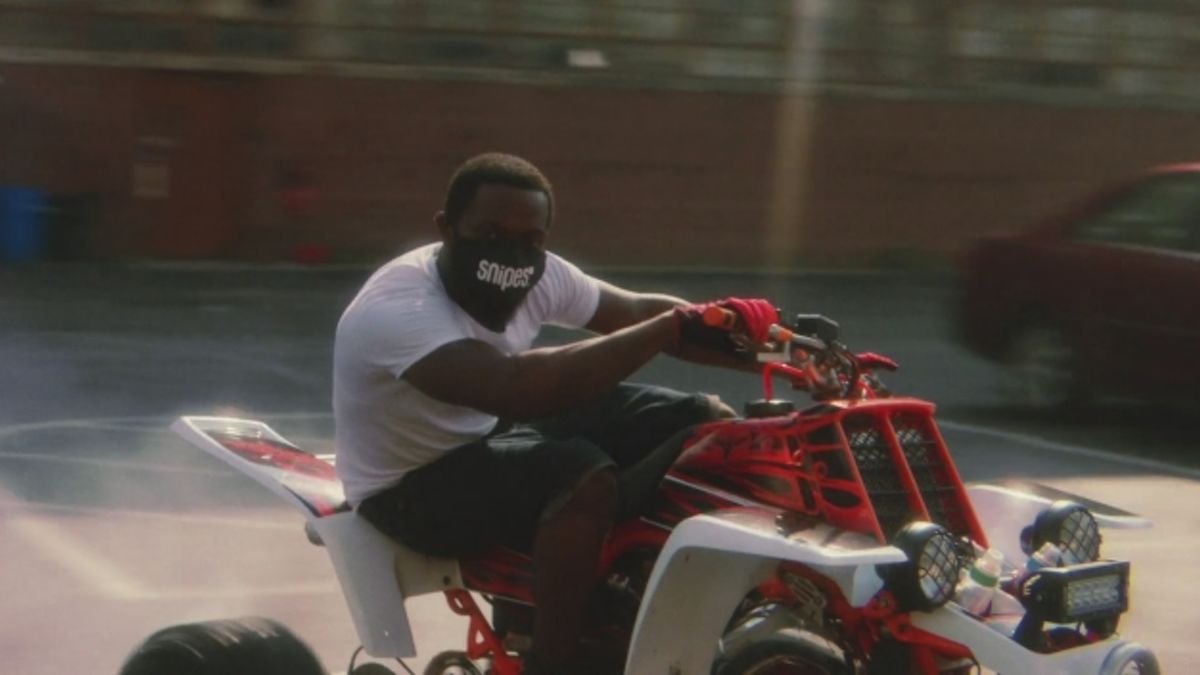