How Marmite took control of your mind

The most recent Marmite campaign aims to brainwash haters of the yeasty extract into becoming fully-fledged lovers of the divisive brand. The director and one of the creatives behind the project explain how...

Marmite; love it or hate it? A question that has been posed through the ages (or at least since 1996) and one that has divided friends, broken families and been the basis for the declaration of war. Possibly.

With adam&eveDDB's most recent campaign, though, those troubles could be over because Marmite Mind Control could see to it that the world is united in its love for the thick, brown, uniquely flavoured yeast extract.

After 2018’s Gene Project campaign, which proved that love of Marmite is genetic, we wondered if that biological pre-programming could be undone.

There is an on-air TV spot, which was directed by Moxie Pictures' Martin Granger, an online Mind Control 'taster' film, as well as a Mind Control website that offers a full, 15-minute experience which could 'cure' any non-lovers.

The campaign was created by Matt Fitch and creative partner Mark Lewis, in collaboration with fellow creatives Simon Vicars and Andre Sallowicz, and in consultation with Rory Z, a UK stage and street hypnotist.

Below, Fitch and director Martin Granger give us some insight into the creation of Marmite Mind Control and how following in the footsteps of some great campaigns can be a daunting prospect. 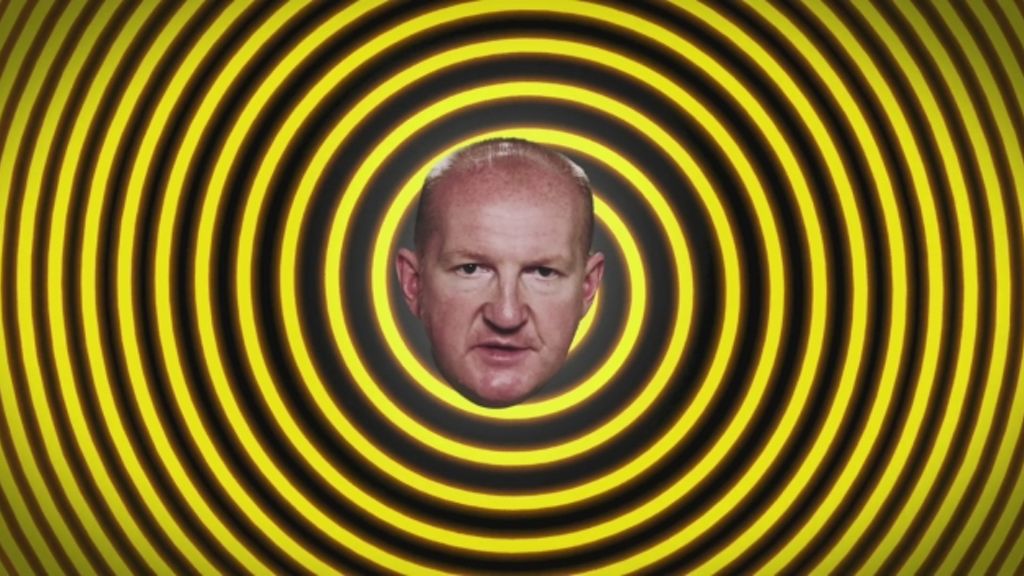 Above: The on-air TV spot for the Mind Control campaign.

Marmite has such a rich history of great campaigns; can it be daunting when working on a new one.

MF: Absolutely. There are only a handful of campaigns as universally well-known as ‘Love it or hate it’ and making sure we did it justice was a major concern for all involved.

Where did the initial idea for the mind control aspect spring from?

MF: After 2018’s Gene Project campaign, which proved that love of Marmite is genetic, we wondered if that biological pre-programming could be undone. From there it was a question of, can we do this… and should we? It was the borderline unethical and slightly sinister nature of the idea that drew us in. 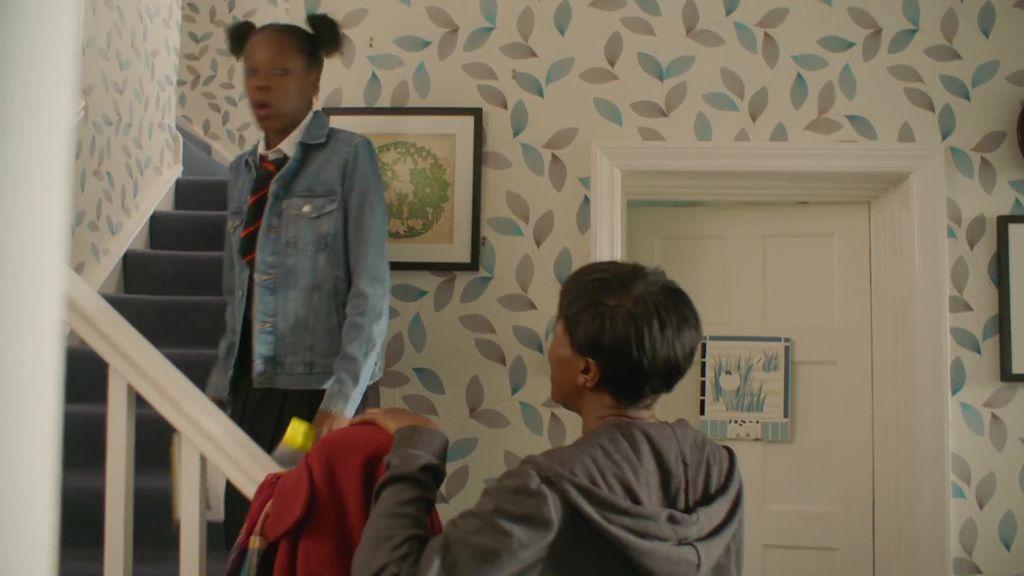 What was your reaction when you first saw the script?

MG: There aren't too many scripts (or in this case an outline of a concept) where I basically say, "I'd do this for free". However, this was one of those times. I just knew it was a totally fresh, exciting and (most importantly) funny concept. And as a director who gravitates very much to improvised performance, it was really in my wheelhouse. I just knew I had to do it and that I could do it well. Luckily the kind folks at adam&eveDDB believed me.

We’ve actually created a film that can legitimately re-program Marmite haters to love it by over-riding the taste triggers in their brain.

Was the client immediately open to the idea, and how liberating is it to have a very brave client?

MF: The clients at Marmite are extremely open to big ideas that push the brand further. Of course, they were more than a little worried when we pitched the idea of essentially brain-washing the nation, but they understood that they were in a unique position to really push the boundaries of advertising and have some fun along the way.

[Martin] has a knack for mining the comedy in any scenario and he helped turn what could have been a potentially boring case study film into a funny and entertaining piece of advertising.

Why was Martin the best choice to direct this campaign?

MF: Marmite Mind Control is the real deal; we’ve actually created a film that can legitimately re-program Marmite haters to love it by over-riding the taste triggers in their brain. But we still needed some fun and compelling content to support and promote the campaign and that’s where Martin came in. He has a knack for mining the comedy in any scenario and he helped turn what could have been a potentially boring case study film into a funny and entertaining piece of advertising. It was great to have such an accomplished director on board. 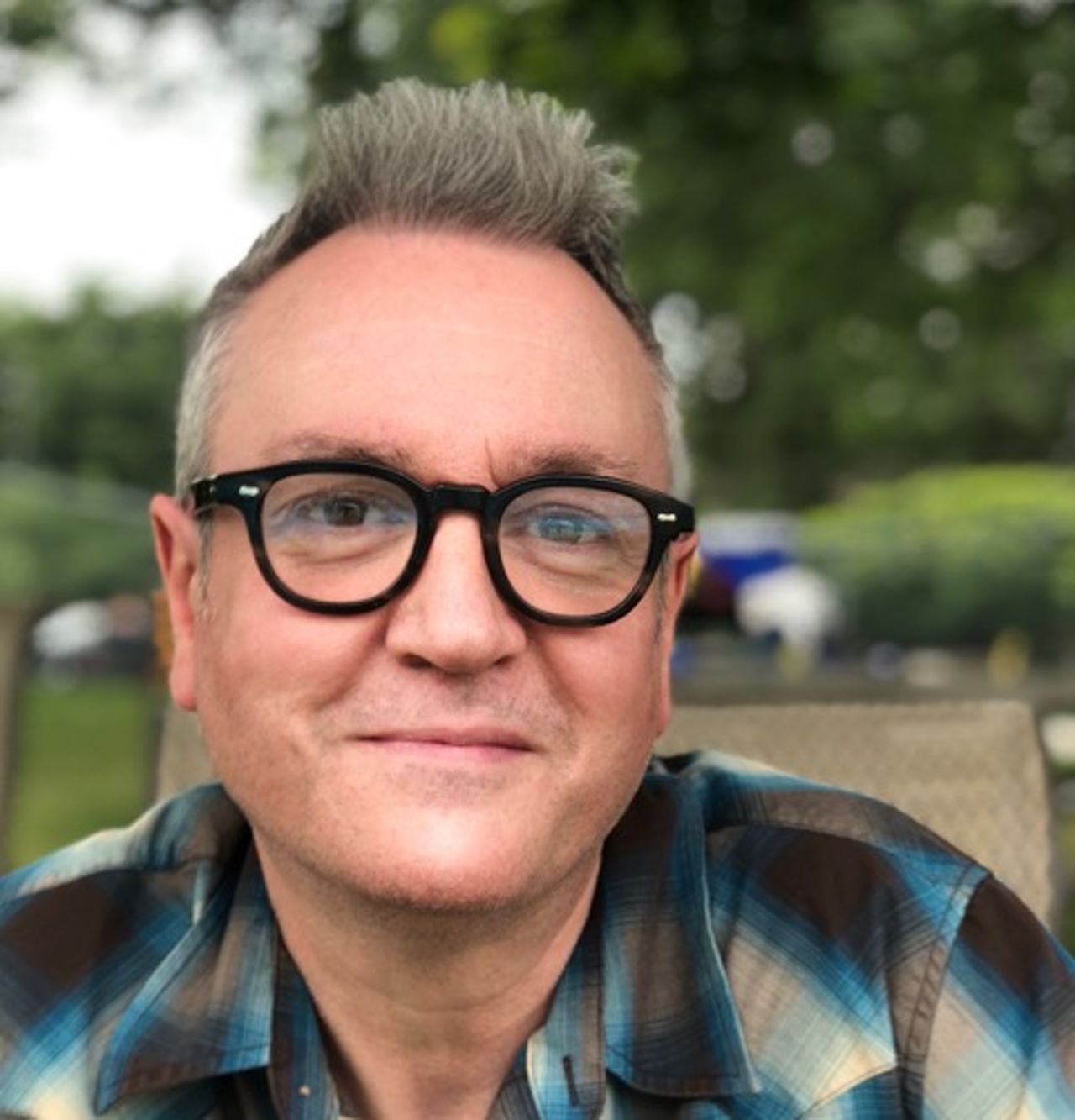 Can you tell us about the casting for this; what were you looking for and how did you know when you'd found the right people?

MG: Casting was a bit of a head scratcher. We needed actors who loved Marmite but could convince us that they hated it. We also needed actors who could really roll with the punches and bring their own something special to their performance. All whilst acting very normal and not seem too 'actor-y'.

I guess we knew we had the right actors when we turned to each other after the actors left the room and we would say, in unison, "I believed him/her". It was a gut thing, really. It was a tough casting, but a fun one too. I had quite a bit of Marmite thrown at me. And my life threatened quite convincingly a few times too. This is how I suffer for my art.

Everybody who worked on the Mind Control project is obviously a lover (now).

How much - if any - of the script was improvised on the day?

MG: All of it! All that really existed prior to the shoot was a bare bones outline of the concept and a blueprint for how we hoped to get there. So, great kudos to both the agency and the folks at Marmite for having such great confidence and trust in me and my production team to actually pull this off.

What was the most challenging aspect of pulling this campaign together?

MF: Well, to begin with, we didn’t even know if it could be done! The whole idea rested on our ability to re-programme Marmite haters, and it was only after many discussions with professional hypnotherapist Rory Z (who collaborated with adam&eveDDB on the project) that we realised we might actually be able to pull this off. Once we knew the science behind it was sound, we worked with Ewan Jones Morris at Friends Electric to add the mesmerising visuals to Rory’s mind-control commands.

I guess we knew we had the right actors when we turned to each other after the actors left the room and we would say, in unison, "I believed him/her".

MG: I think keeping the actors away from too many choices or actions that felt too forced or artificial. We really let the cameras roll while the actors performed, so we got a lot of impromptu moments when the actors thought we had cut or that we were just rehearsing. Very fun way to work!

Above: The two-minute taster film that aims to turn any haters into lovers.

MG: Several really. The creative team hadn’t got round to making the genuine mind control film when we started shooting. So, we went back and forth on whether it was worth our time to shoot a rough 'hypnosis video' prior to the shoot. In order for the actors to have something to watch and listen to, rather than having them staring at a blank screen.

Finally, we decided to shoot something very temporary as a sort of guide track. So, before we started the casting callbacks, we shot a two- or three-minute video with Alex Babic [the actor who stars in the mind control campaign]  in a black turtleneck against a black background. Very much influenced by Big Brother of 1984 fame. It turned out so well and we loved his read so much that his 'temporary guide track' turned into the basis for the actual video. 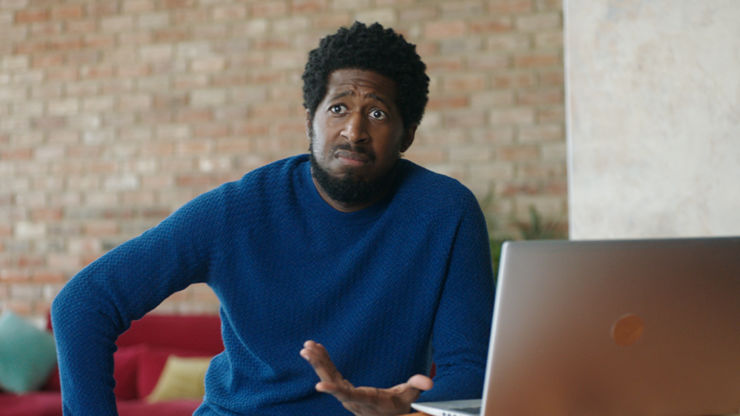 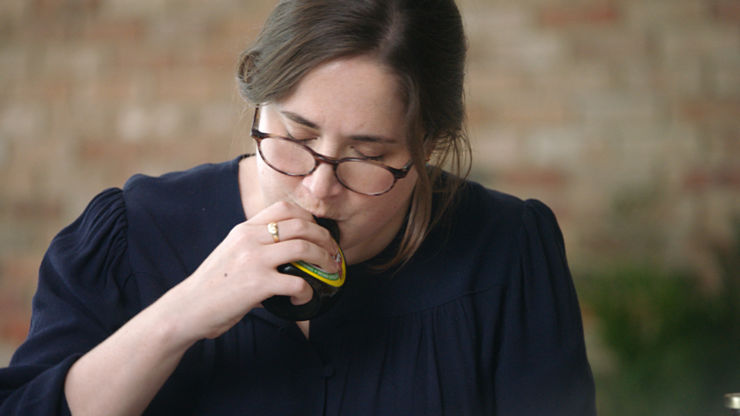 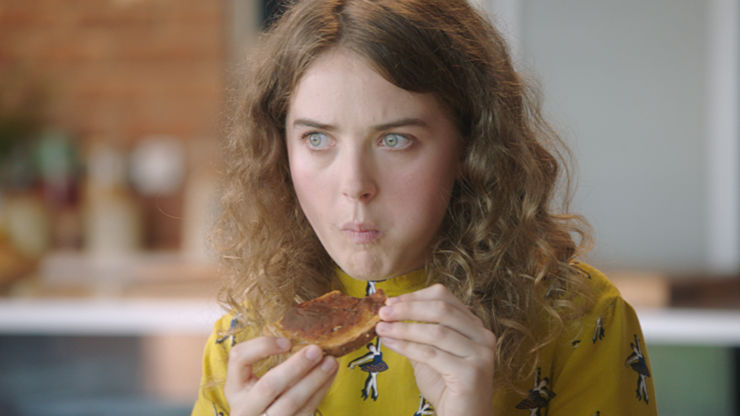 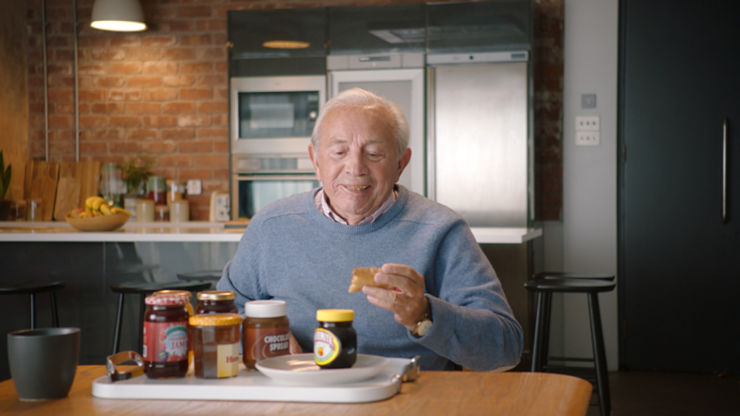 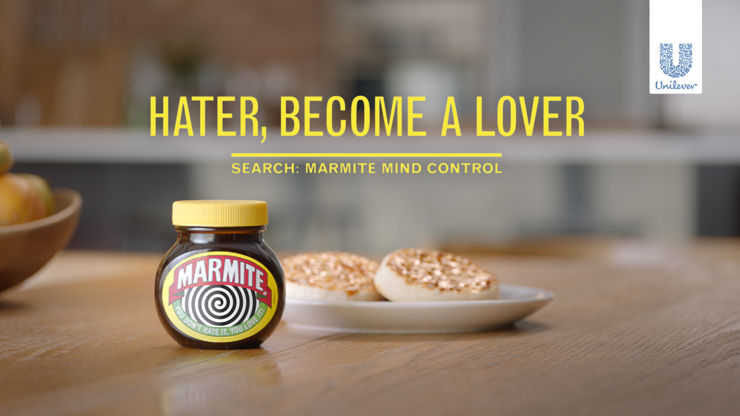 Above: Scenes from the TV spot.

Marmite; love it or hate it?

MF: Everybody who worked on the Mind Control project is obviously a lover (now).

How to play games for good 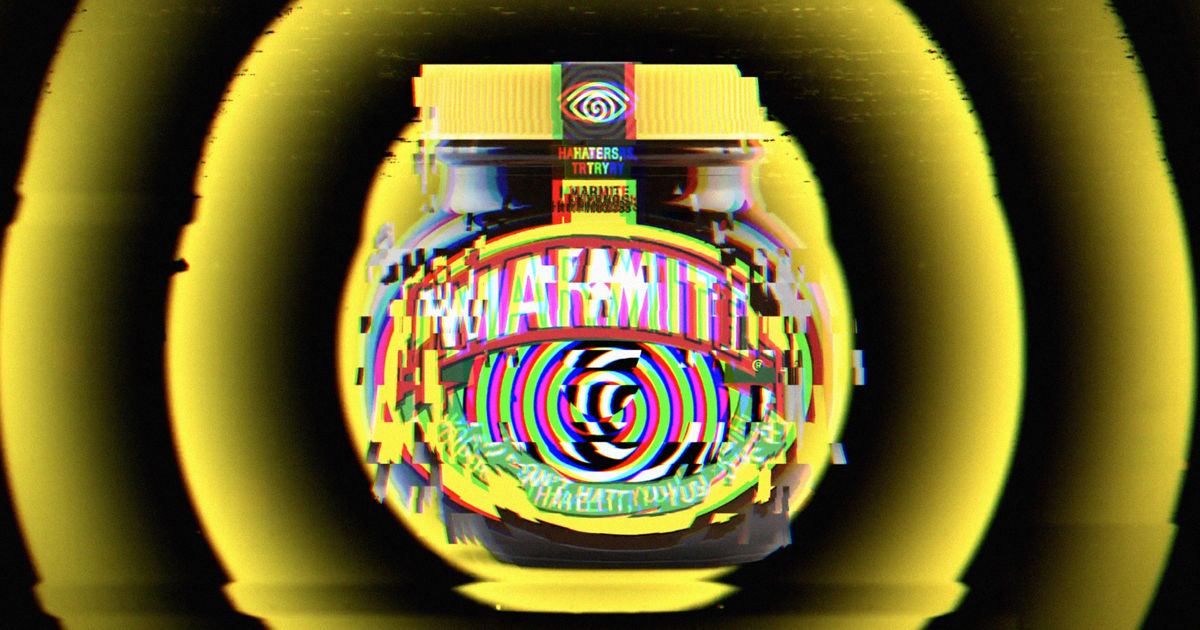 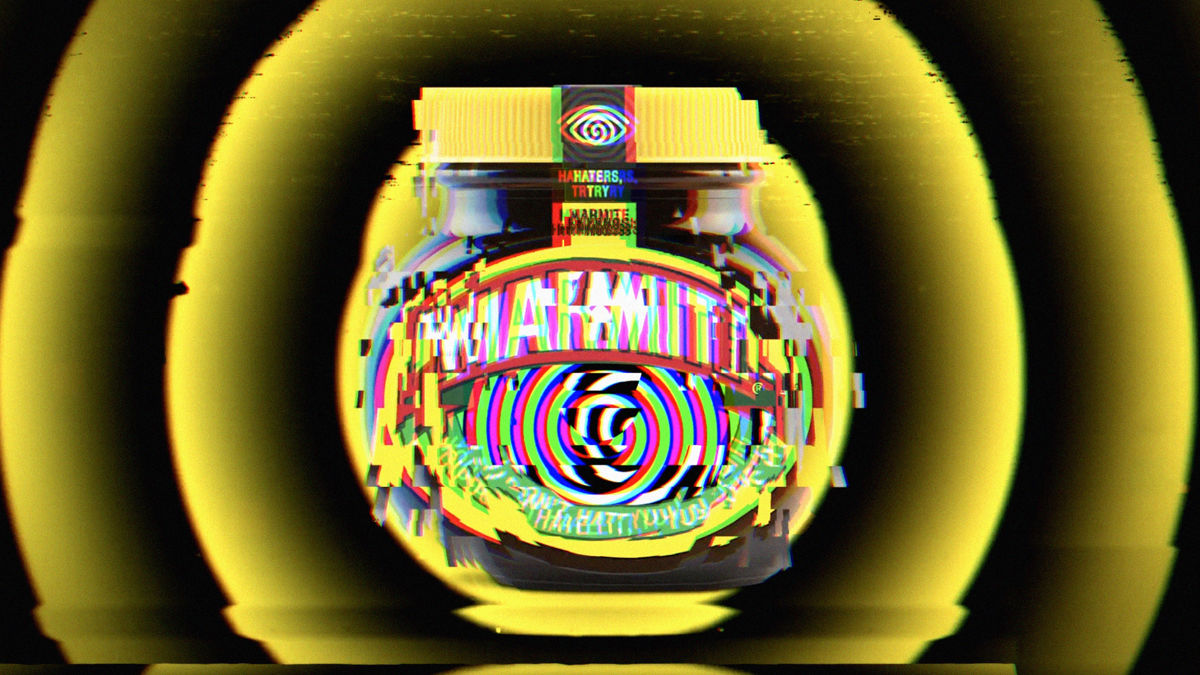