When Greene King asked for a spot that took a modern twist on the brand's heritage to promote its new range of craft beers, agency House337 and production company BLINKINK went above and beyond.

Coming up with the idea to produce a medieval wood-cut inspired stop-motion animation, using a 360° light projector inside a beer can is one thing, but executing this titanic task with sub-millimetre precision is certainly another.

Despite being told it couldn't be done, director Balazs Simon and his team completed this mind-boggling project, producing the immersive and entrancing thirty-second spot that is Centuries In The Making. Shots caught up with Simon to find out how. 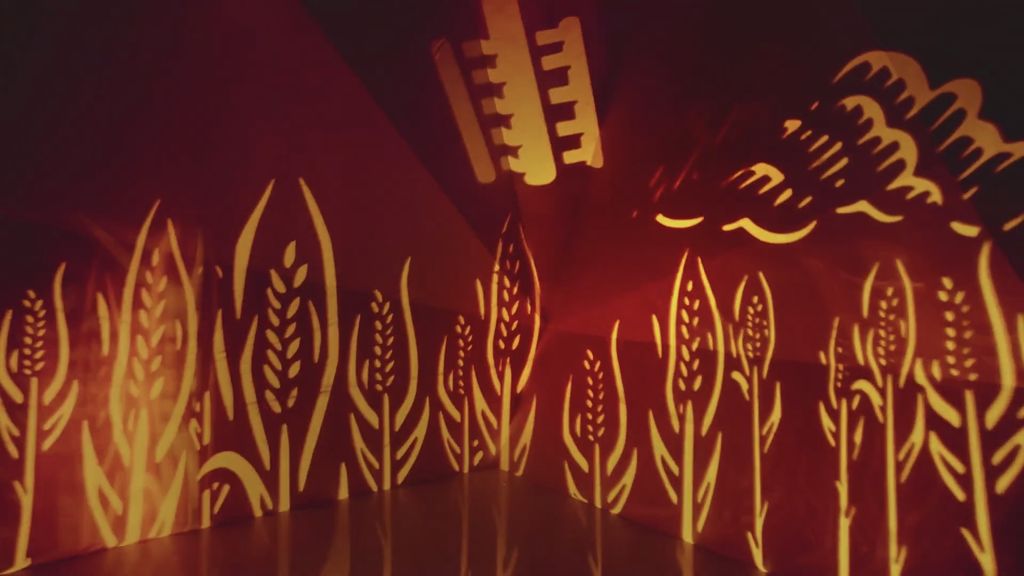 Can you talk us through how the concept for the project evolved?

Greene King has been brewing beer for 200 years. To portray how they put centuries worth of expertise in their craft beer line, we set out to do something that portrays that heritage in a modern (and crafty!) way. We wanted to mix their woodcut branding with the neon colours they used.

At the beginning we talked a lot about cutting animation into wood veneer, but I felt we could do something that was more modern and dynamic. That’s how we came up with the idea of making a 360° projector from the beer can, with legends bursting out of it with the use of light.

How long did the film take to produce and how many people were involved?

It took us about several months to give birth to this from idea to execution. We didn’t work on it full time but having the time to figure things out was crucial. The key to this project was to be able to toss ideas around - we knew we had to fight against the laws of the universe, and once you start laser cutting the cans, you spend a big chunk of the budget and there’s no going back. So we made sure to properly think things through and do tests.

We spent about a month laser cutting and rolling the 355 cans. It took us 11 days in the studio to shoot the film. There were around 30 people involved throughout the project, which meant a skeleton crew in each department. This made lots of sense as many processes were bottleneck types. Keeping teams small also gave us tight control on all aspects of the film, with each position being equally important for the end result.

The making of: Centuries In The Making 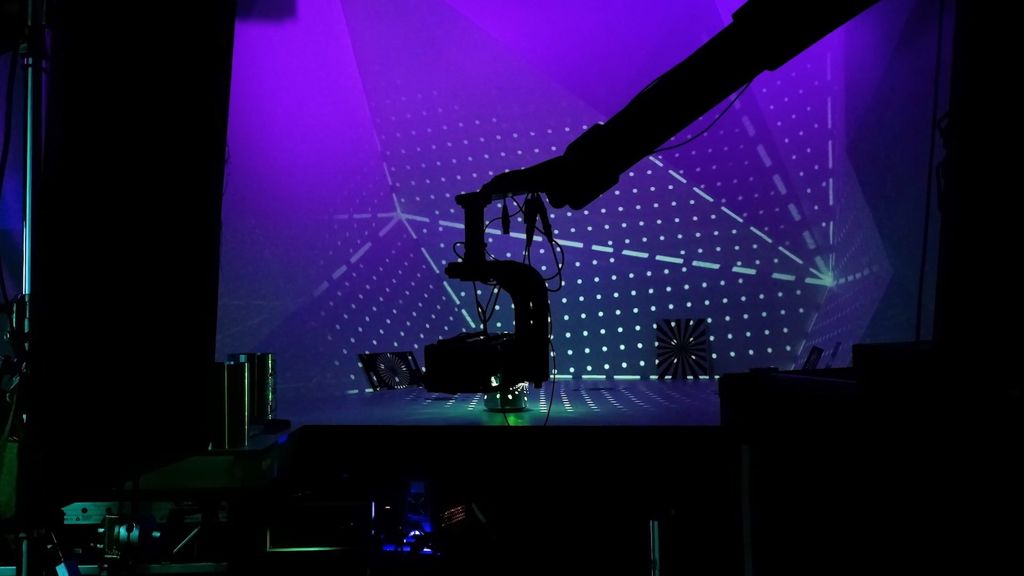 The film is very technically ambitious, were there any unexpected learning curves and challenges?

It was nothing but learning curves and challenges! While the idea itself is very simple - it’s just a light in a can - the execution of it was mind-bogglingly complex. To get sharp enough shadows on the walls, we needed a light source that was as small as possible. But the smaller you go, the less light it will emit. So the main task was creating an omnidirectional pinprick-sized light that was strong enough to illuminate the whole set.

Truth be told, when we started, everybody told us this was impossible. We finally came up with a setup of an LED rotating on a motor, like a small lighthouse. We went through 4 light rig iterations until we arrived at the setup we used for the shoot. In the end we burned a <0.2mm hole on adhesive foil with a laser, and taped the LED down. The position of the light also had to be sub-millimeter precise to avoid unwanted distortions in the projection.

We had to black out the whole studio space to minimise light spill. The animators worked in almost complete darkness, and because of the limited spread of the LED they didn’t see the whole projected image on the walls, only a smaller fraction of it, making the animation quite difficult.

Lighting the set became very difficult, because we couldn’t judge it by eye at all. Each time we wanted to take a look at what we were doing, we had to make 3-4 seconds long exposures to see a preview. It was lighting with the faintest lights possible, using 120 animated DMX channels to get the right colour transitions!

Was there anything about this medium that felt particularly relevant to the brand?

Going with stop motion was a no brainer. Because this is craft beer, we wanted to combine hand craft with cutting edge technology to reflect on the brewery’s heritage and expertise. I think the combination of modern tools with traditional arts adds a contemporary touch to it, with an approach that is inherently human.

Where did the inspiration for the imagery and illustration style come from? Was there a lot of visual research involved in the initial stages?

We looked closely at woodcut engravings from the mediaeval era, and the anamorphosis art of Hungarian artist István Orosz. We wanted to keep the offbeat fun of the old engraving styles, so we looked for every image we could find about the era, while making sure it was still possible to laser cut them into aluminium.

There are so many thoughtful little details, like the blinking of the eyes on the arrowheads and the swirling of the water, what’s your favourite detail? Were there any parts that were particularly hard to capture?

My favourite detail must be the arrows that appear on the background and on the front of the can at the same time. That was something super risky to do: to line the arrows up, everything had to be at the right place. The camera sensor, the light in the can, the can in the set, the set dimensions, the algorithms that projected the animation on the metal sheet - all had to match our plans exactly to pull that off. In fact, I was thinking it would be a nice bonus to get that right, but I wasn’t really believing we could do it. So it was really nice to see that actually happening. 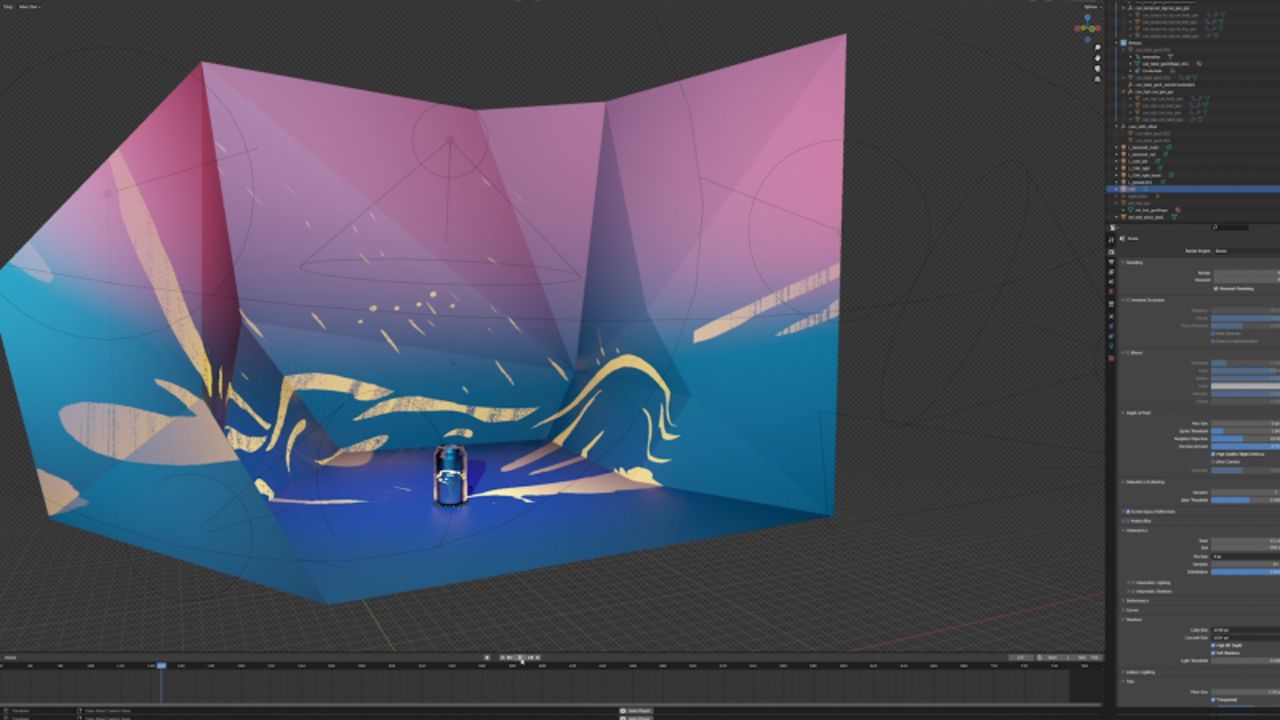 Can you tell us more about how the cans were made? What happened to them after filming?

To get them laser cut, we had to transfer the hand-drawn animations to virtual can surfaces, then unfold and vectorise them. This was done by some custom algorithms that took into account the viewing angle, the shape of the set, even the wobbling of the can, so when you put the light in it, everything falls back into place.

A very elaborate process was QC-ing the sheets before we cut them. We had to work with specific minimum line distances and made sure the graphics can be cut as perfect stencils too. We decided to do all of that frame by frame without any automation to make sure nothing is missed.

Once the metal sheets were cut, they were hand rolled into cylinder shapes. This was again a time consuming process: when we tried to roll a can in one pass, diagonal features (like a sword) would bend in the wrong way. So we had to do several passes under close inspection, going from a slight curvature to a full circle. All of this was done in double size, to get enough surface area on the cans we could use to tell the story.

After the shoot the cans got collected by the client, who’s planning to create an installation out of them! 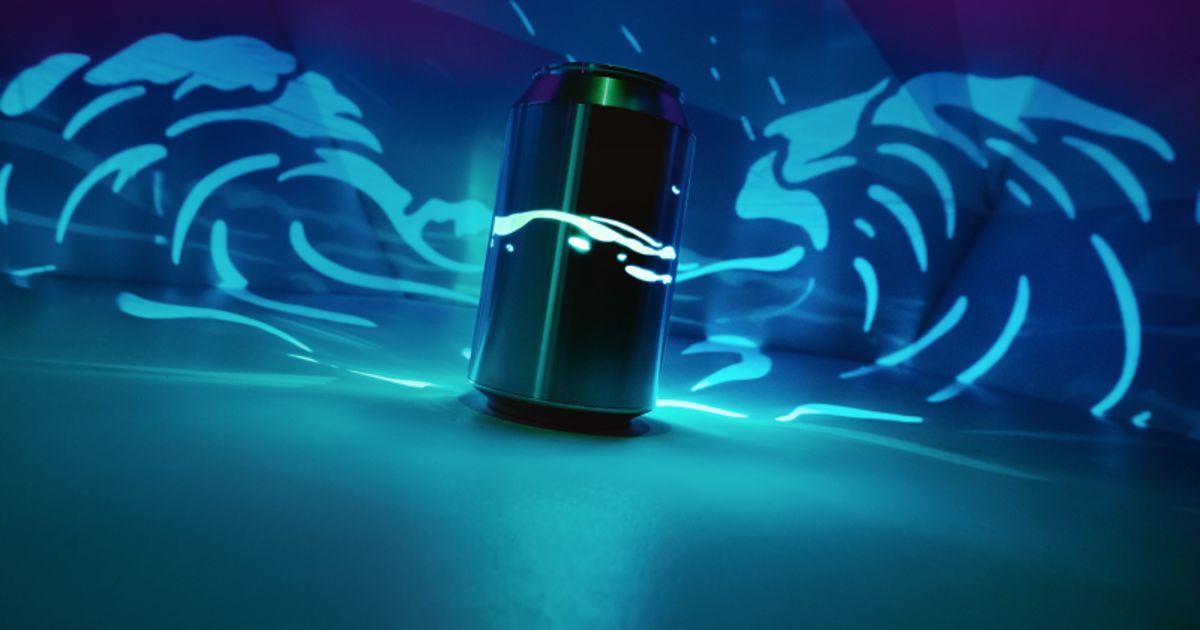 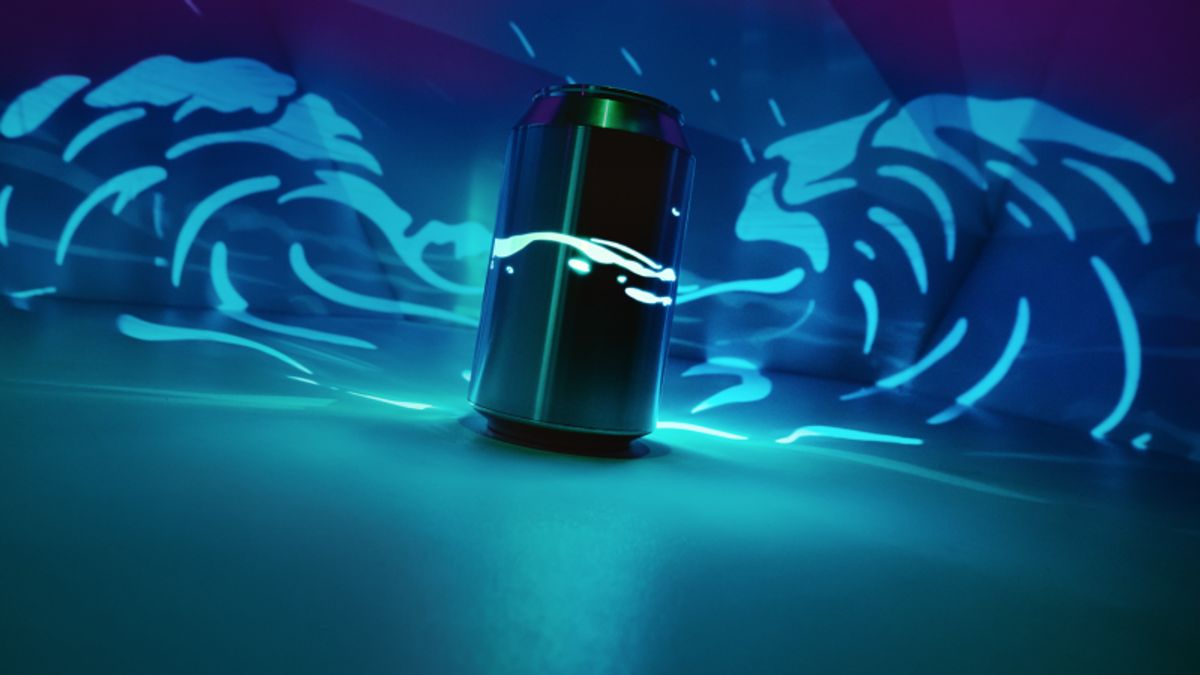