EE and Apple have partnered with Saatchi & Saatchi and Framestore to deliver their latest campaign starring Kevin Bacon, Dream Big. 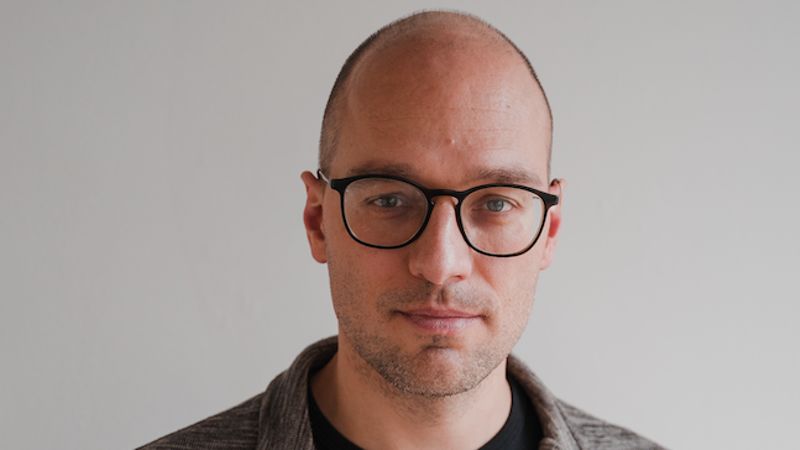 Directed by the acclaimed Noam Murro, co-founder of Biscuit Filmworks, the spot makes use of Framestore’s VFX prowess and the specialist grading skills of Jean-Clément Soret at renowned sister company Company 3, to showcase the new iPhone 14.

The spot sees Kevin Bacon live out three of his wildest dreams: headlining a rock festival, drifting in outer space, and speaking at a presidential rally. In each, Bacon’s environment is larger than life, whether surrounded by a seemingly endless cheering crowd or the unlimited vastness of empty space. No matter where he is, however, it’s the new iPhone 14 that captures Bacon’s attention, taking centre stage no matter the dream.

Saatchi & Saatchi teamed up with Framestore to deliver this collaborative project between EE and Apple. Having worked on multiple of the Kevin Bacon campaigns in the past, including the heart-stopping A Close Yet Far Shave, the studio was excited by the narrative and the opportunity to craft more complex scenes for this latest iteration, being tasked with developing a trio of expansive worlds that explore the inner workings of Bacon’s mind in a magical dream sequence. 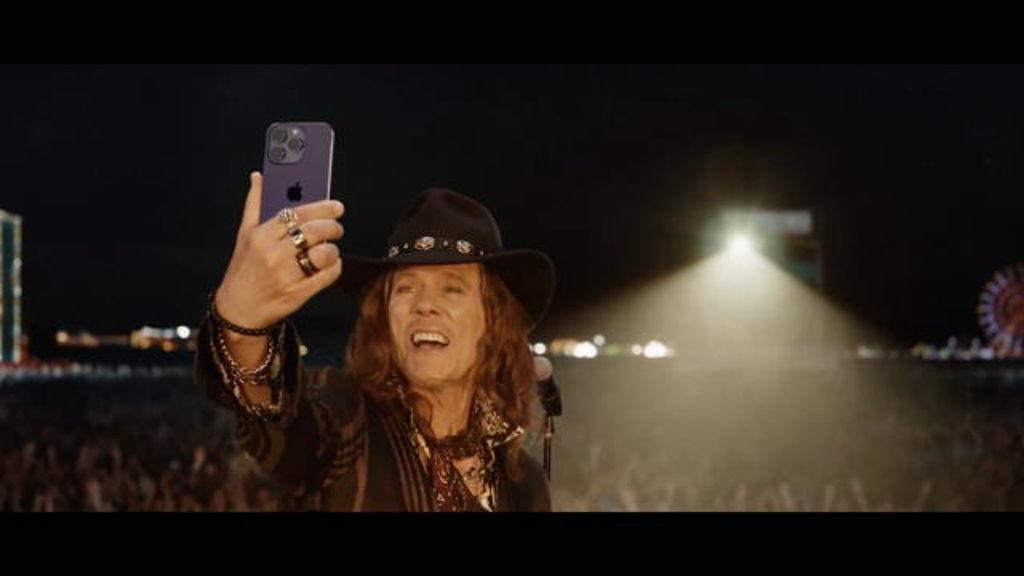 Framestore’s team was led by Matthew Thomas and Ed Mykolaitis, who headed the 2D team and CG team respectively.

“We crafted CG and effects in Houdini, built assets in Maya, composited in Nuke, graded in Baselight, and used Flame for final mastering,” says Matthew Thomas. “As we were brought on early in the project, we were able to streamline the process by developing concepts before production had even started, locking down the look and scale of each shot, figuring out what was possible, and communicating it all to the production team.”

Commenting on the space sequence, Ed Mykolaitis reveals, “Kevin Bacon was initially shot in a spacesuit on set, sitting on a swinging podium chair; however, we wanted greater control over the individual elements, so we ended up replicating the shot with VFX, ultimately crafting all but Kevin’s face in CG.”

He adds, “Framestore has a wealth of cinematic experience in the outer space setting in particular, which we were able to draw on to craft a sequence worthy of the big screen. To emphasise the sense of deep space, we manipulated the lighting to reflect the harshness of the sun, while adding light movement to accentuate the feeling of weightlessness, complementing the scene’s dreamlike quality.”

To make the iPhone 14 shine, Framestore carried out a technical stills shoot attended by an Apple Creative Director. Matthew Thomas explains, “We wanted the phone to look its best in the campaign, so we collaborated with the Apple Creative Director to match the lighting to the exact conditions used in their stills shoot, paying attention to every last detail to ensure we fulfilled its potential.”

Due to the partnership with post, the project required clear communication between Framestore and the production team. Matthew Thomas comments, “It was fantastic working with so many collaborative people - Saatchi & Saatchi and the creatives were amazing. Our director Noam Murro had already worked on a number of Apple projects, and so could convey exactly what the brand wanted. We also worked closely with DOP Fabian Wagner [House of the Dragon] from the outset in order to allow sufficient time to prepare the concepts for such a large-scale vision.”

Ed Mykolaitis adds, “We really appreciated the incredible shots we received from Noam and the production team - they allowed us to truly showcase our craft at its best. Kevin Bacon is a star, too - it’s no mean feat to act to no one and make it feel like you’re being cheered on by a crowd in the thousands!”

The campaign will run across TVC, online, and socials. 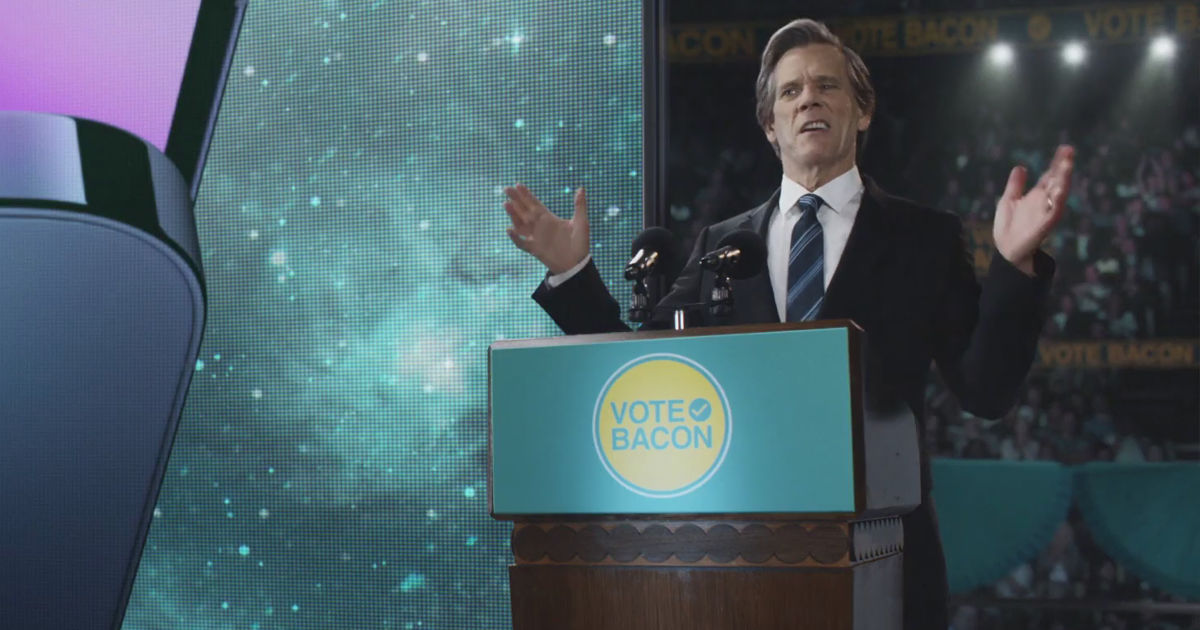 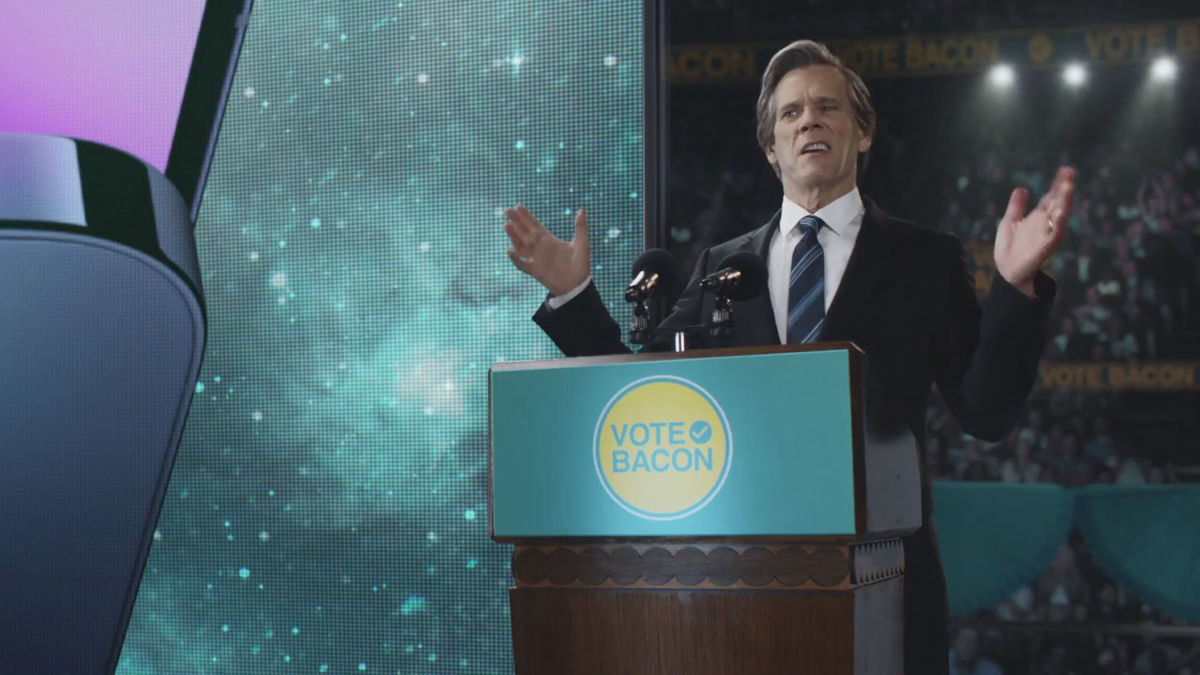