With video games the world's most popular form of entertainment, and platforms like Twitch streaming content to millions of daily users, Marta Swannie, Senior Creative and Innovation Director at WPP brand agency Superunion, examines the emerging market of eSports and how brands can play the game.

Brands are always on alert for new markets that help them reach lucrative new audiences.

It is a difficult task to establish yourself in the early stages of an emerging market.

In 1934, General Mills saw the opportunity for its Wheaties cereal brand to tap into America’s favourite pastime: baseball. By featuring famous players on their cereal boxes alongside the slogan ‘The Breakfast of Champions’, General Mills was able to successfully leverage its audience's passion for baseball and embed their brand in its culture.

Fast-forward to the present and, increasingly, brands are identifying eSports as the emerging market which promises to bring them closer to their audience. In 2020, we’ve seen brands ranging from Gillette to Nike to Kia to Tinder unveil partnerships with eSports competitions and teams. But there is a big difference between reaching audiences through baseball, and reaching audiences through eSports. Above: General Mills used baseball to leverage its audience's passion for the sport.

The first thing for brands to recognise when engaging with eSports is that it is, by nature, global. The culture and language of the audience doesn’t come from a country or a place, it comes from the game. The only way brands can authentically engage with the global eSports audience is by immersing themselves in the subculture of a specific game, and speaking its language to the community.

Brands must avoid thinking broadly about the stereotypical language of ‘gamers’, and instead speak the specific syntax of games.

The language of Rocket League players is different to fans of League of Legends or Counter Strike. Brands must avoid thinking broadly about the stereotypical language of ‘gamers’, and instead speak the specific syntax of games as subcultures themselves. Understanding this shared language allows brands to communicate to the nationally diverse eSports audience.

At Superunion, we worked with ESL - the number one league in eSports - to develop a new brand identity which acts as an example of the power of speaking to audiences in their own language. Evolving from its bedroom and internet cafe origins, the ESL reached 350 million fans in 2018, and boasted viewing figures to rival the Super Bowl.

As a global business it needs to speak the language of the global gaming communities it serves. It does this through a bold identity, with patterns that have famous gaming scenes hidden within them. It is instantly recognisable as ESL, but also rewarding to gamers who can spot the hidden images from the games they love. As a result, ESL now feels like a brand firmly positioned within gaming culture.

Evolving from its bedroom and internet cafe origins, the ESL reached 350 million fans in 2018, and boasted viewing figures to rival the Super Bowl.

The need to ensure you address international audiences is clear. Research from BetHut shows that China has overtaken the United States as the highest-earning eSports country in 2019, illustrating the Asian appetite for eSports content and competition.

Above: Superunion's rebranding of the ESL.

What's in a name?

For brands, tournaments and teams, the word 'eSports' has proved something of a misnomer. Not because the content isn’t as gripping, or the competitors less skilled, but because it created a limited frame of reference. It means the phenomenon is viewed through the lens of traditional sports.

This came about partly because eSports brands had a slight inferiority complex at the start, so they tapped into the codes and conventions of traditional sports - from the format of leagues, to the visual language they used to describe themselves.

The numbers suggest that the sports industry's younger sibling is growing up fast.

On one hand, it makes sense to position a brand within a widely understood, popular and pre-existing format in order to make it as easy as possible for both brands and audiences to engage with a new market. This is particularly pertinent for eSports brands, as 75 to 80% of revenue comes from commercial partners. On the other hand, it means that the market will be limited, viewed and judged by the standards of the format it emulates.

The numbers suggest that the sports industry's younger sibling is growing up fast. [Games insight company] Newzoo found that eSports viewers are expected to reach 557 million globally by 2021, up from 380 million in 2018. While brand investments in eSports, including advertising and sponsorships, are expected to double from $694m in 2018 to $1.39bn by 2021.

The brands who can authentically immerse themselves in these communities stand to gain valuable credibility in an emerging global market.

The market can therefore afford to be confident in what it offers. eSports provides access to a traditionally 'unreachable' audience. Its demographic of predominantly young males, are turning away from cable networks and traditional media. Channels like this, therefore, offer an incredible ROI for brands. Above: Huge crowds gather for an ESL eSports tournament.

The world has changed a great deal since Wheaties first featured baseball stars on cereal boxes in 1934, but the opportunity for brands to connect with audiences through their passions has not, and there are few markets which can match eSports for passion. Brands need to remember that eSports audiences aren’t defined by location. The brands who can authentically immerse themselves in these communities stand to gain valuable credibility in an emerging global market - and one which will only continue to grow at pace. 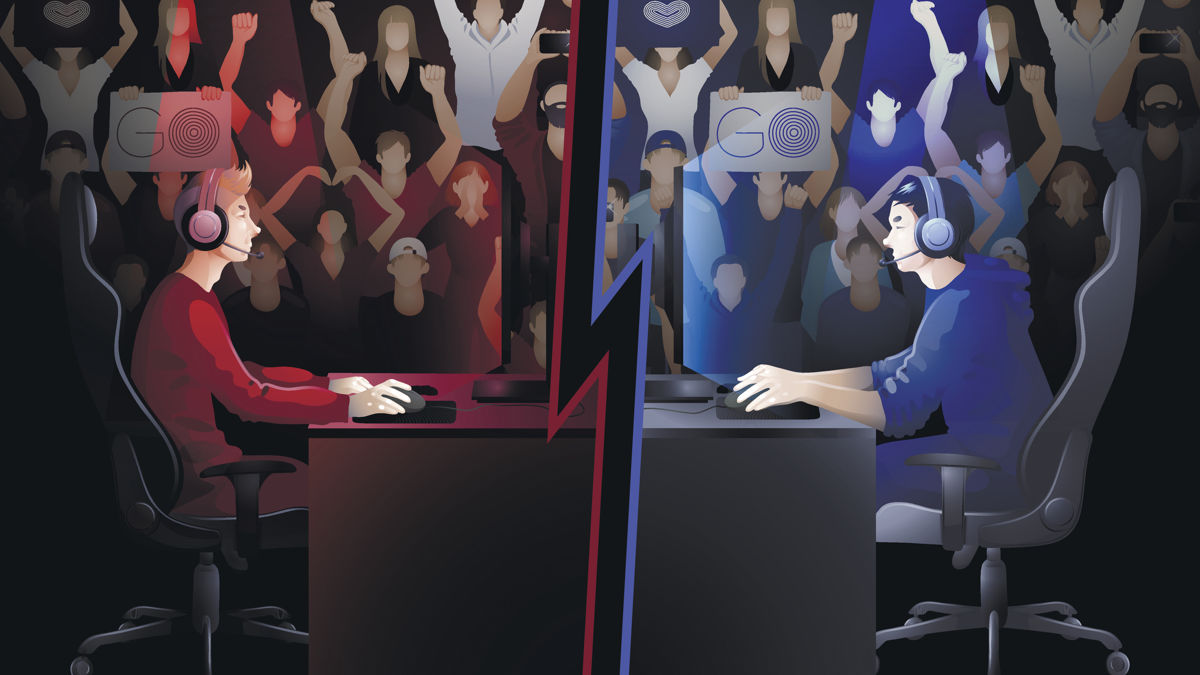