Facing down racism: lessons and learning

These questions finish up the Facing down racism series, where Black people and People of Color help pull back the curtain on how harm caused by microaggressions, blatant racism, and harm within the industry can be rectified. 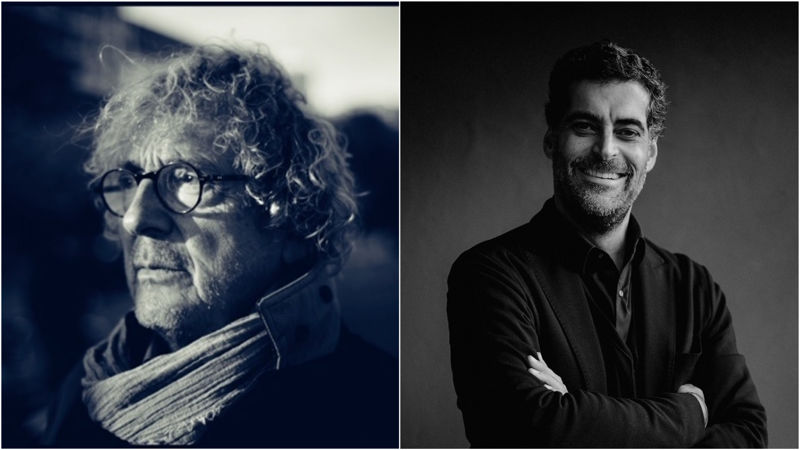 In the final article in our Facing down racism series, we share additional insight from marginalized voices in the advertising industry.

The previous articles focused on experiences and apathy. In this installment we look to the future, examining how real change can happen, and how to focus on improving the industry from the inside out. The racism that these interviewees have experienced won’t disappear with reform, but the industry can ensure that the future is better for all People of Color and marginalized people with change now.

Answers have been edited for length and clarity.

What lessons do you hope the industry learns now that people say they are willing to listen?

ESL: I hope that the industry will not only listen but actually hear what is being said. It’s for the good of this industry. There are amazing initiatives out there created by marginalized groups that are offering valuable insights, including plans and actionable next steps. The industry should take that guidance and put in the work. AS: The industry should be aware that everything we’re saying has already been said, and has been repeated for years! If they are only starting to listen now, they’re actually quite late to the party. If this is you, educate yourselves and please do not burden and tokenize the few Black employees and colleagues while going through this process.

Understand that educating yourself on how to combat a racist system, and how to derive sincere and sustainable actions from it, is incredibly hard work. We are talking about a racist world order that has been built over centuries and affects all areas of life – not only our advertising bubble. Anti-racist work is deeply personal, deeply existential, and therefore deeply difficult.

To argue with me, and to argue with Black people, when discussions of experiential and systemic racism come up is a tactic to protect white people and establish whose intellectual contributions are valuable.  -AO

JJ: Companies have a long way to go. Now that companies are observing their practices critically, I hope they take a long look in the mirror in order to understand their own complicity and why their company culture allowed bigotry to thrive.

RH: Above all, our industry needs to understand that performative action is not helpful. White advocates must continue their activism offline and off-hours. They need to be active and follow up with actions raised by People of Color.

Don’t advertise your allyship, be that ally in your space. -KH

Additionally, People of Color must be allowed to tell their own stories. Our industry should deliberately bring PoC onto projects. This moment should not rely on PoC to do educational work. Many are tired after years of being ignored and do not have the energy to convince their colleagues, supervisors, or clients who assume that the advertising industry doesn’t have a problem. MM: We have to recenter the conversation within our own circles.The industry must learn to include the voices of the people who are most affected by racism and other intersectional systemic oppression. Actions and conversations surrounding racism often become dominated by white, male, and elitist people, which results in moving the focus from Black, Indigenous, People of Color (BIPOC) to white people.

The industry must have equal representation across board and management and in creative roles.

Black people should not be burdened with changing the system.-AS

AC: For a start, I hope a lot of people take a long hard look in the mirror and reflect on their past actions (or inaction) in the face of racist aggressions. Realizing you aren’t free from racial biases, no matter how liberal you think you are, is a necessary first step.

KH: I am really hoping that the industry is willing to do more than just listen. While it is an incredibly important first step, listening has to be followed up with action. This action needs to be an immediate response to what people are asking for in order to enable real change within institutionalized racism.

Don’t advertise your allyship, be that ally in your space. Show up and support this movement every day, not just on social media, but at home, at work, on public transport, pass it on to your kids, create space for real change in ad campaigns that shape what we consider normal. Question the norm, at every point. It’s our time to change the narrative on screen and in real life.

LM: The first step is to start with yourself. We have to fight sexism, homophobia, transphobia, misogyny, and all other kinds of discrimination in the industry as well.

The advertising industry has been using Black culture and aesthetics for years, and now it's time to offer Black creatives, directors, and photographers the opportunity to truthfully express their point of view. -RH

The industry should nurture talent and make creative education accessible and attainable for people, especially those who aren’t from means.

Optics matter and we need to question how much we have done to actually and actively fight systemic racism. If you view antiracism as a phase, do you understand that you’re part of the problem? Before the industry accepts that this will be a constant dismantling of biases, they can’t do the heavy work of undoing the system. Is there something else you want the industry, (and white people working in adland,) to know?

ESL: First, I want them to realize that answering questions like these is a hugely emotional endeavor that goes to the core of who we are as people. Know that we, as PoC, are not sharing these experiences for your benefit, so that you can tick all the boxes and feel like you have done a good deed. Nothing will be fixed until white people develop real compassion and understand that we, as human beings, are all in this together. None of us will be able to fully fix the problems in adland until we have fixed our collective problems, period.

AS: I love the sentiment of Audre Lorde, [a Black American writer, feminist, and activist, known for her poetry and essays], who stresses that there is no such thing as a single-issue struggle because we do not live single-issue lives. So, although the most pressing subject right now is race-related, we should never forget that it is always interwoven with issues of gender, education, capital, access, ableism, religion, etc. This type of understanding is about centering the most marginalized and not some self-help activity for white people.

Be an unconditional ally. Do not support the movement with strings attached. -KH

There is often an instinct within white people to argue with me about my experiences with racism. All this does is keep white people comfortable. -AO

JJ: I just want to ask what took this long? Anybody could see marginalized folks were not truly a part of the industry. The constant erasure is shocking and disturbing. Where do we go from here?

RH: The advertising industry has been using Black culture and aesthetics for years, and now it's time to offer Black creatives, directors, and photographers the opportunity to truthfully express their point of view. MM: I want people to know that this is not just about racism. Black cis women, Black trans women, Black femmes, and Black gender non-conforming people are fighting multiple wars waged against us, professionally and personally.

We are fighting sexism and classism too. I urge us all to make the difficult commitment of linking these systems together. Without intersectionality, we are betraying a vision of justice for all BIPOC - in and out of creative industries.

Also, stop using #Blacklivesmatter to promote or sell your brand, agency, or product.

AC: Just because you don’t experience or notice racism at your workplace doesn’t mean it is not there. It probably just means you’re part of the problem.

None of us will be able to fully fix the problems in adland until we have fixed our collective problems, period. -ESL

KH: Advertising is not open heart surgery; it’s ok to make mistakes. It’s ok to not know things because they haven’t been on your immediate radar. Learn our language and respect the labels we have chosen for ourselves. If you are corrected, don’t see it as an insult or an attack, take your ego out of the equation, and recognize that we all want the same thing.

And last, but not least: be an unconditional ally. Do not support the movement with strings attached. I want all people to be open to changing your mind in order to see the beauty in the unfamiliar.

There is literally no point during the process of learning about social justice, unlearning internalized bigotry, and dismantling systems of power when you magically become enlightened and unproblematic. -AS

AO:  I do not want you to “invite me to the table.” That implies you already have ownership of the table, and I am allowed to sit as a guest. Instead, make impactful changes. Make the effort to change white culture from the inside.

SM: I want people to know that they need to actually hire People of Color and Black people in leadership to create sustainable change within the company.