Crafting a character-filled world for Unox

We sat down with Ambassadors Creative Director/Partner Vincent Lammers to chat about the design process behind their charming tale about a butcher’s nature-loving daughter.

When tasked with creating an engaging campaign to promote the new vegetarian line of food brand Unox, creative agency TBWA\NEBOKO decided to make a change to the human characters, classic Dutch elements and emotive live-action commercials the company were associated with and, instead, enlist the talents of creative production studio Ambassadors.

Creating a charming tale about how a butcher’s nature-loving daughter devises a plan to switch out the family’s smoked sausage for Unox’s vegetarian equivalent, the clever folks at Ambassadors had to not only find a way to engage the audience with the likeable protagonist and her plight, but also design the family's look, history and a living, breathing world for them to inhabit.

We were captivated by the film and level of detail in its production, so sat down with Ambassadors Creative Director/Partner Vincent Lammers to chat about the creative process, crafting the story and maintaining the fundamentals of an iconic Dutch brand. 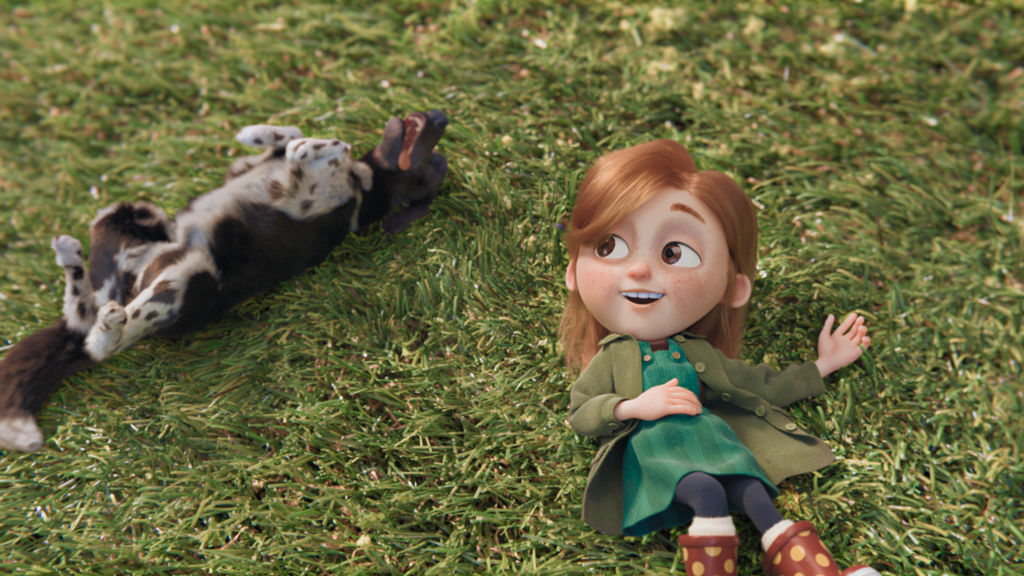 How did you guys get involved in the project?

We have a great relationship with Dutch agency TBWA/Neboko.

Their producer called me up and said “We have a cool idea on the table for an animated film for Unox, interested?”. Naturally I said yes and we got the chance to pitch.

We expanded the story quite a bit and defined the main characters and their relationship a lot more. TBWA also seemed very interested in our approach to animation using miniature sets, we didn’t want to do the same thing we did before so we looked for ways we could improve that technique.

This also was the first time we had a chance to tell a bit more of an emotional story in a TV commercial that had to work and communicate without a voice over or even a packshot, so we went all out on creative development and storytelling.

What are the first steps on a job like this? What did the agency have in mind?

The initial brief was pretty straight forward: the agency had the idea to tell the story of a butcher’s daughter who secretly switches a regular smoked sausage for an Unox vegetarian one.

How that story was going to look and be told was developed in the production process together with the agency and our creative team.

While we were figuring out the story, and how to fit it in 60 seconds, we were working on character and set designs to define the look and style of the film.

So a LOT of writing and a lot of drawing at the beginning. 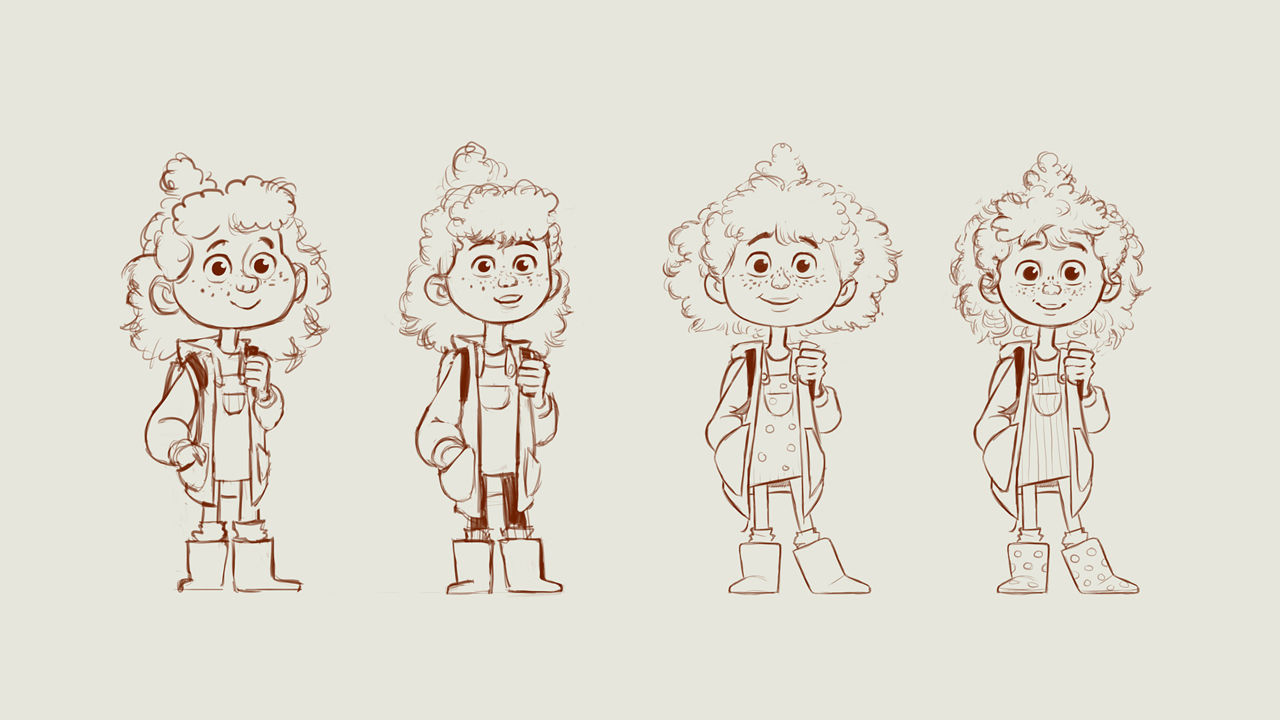 Above: Some pre-production sketches of Anna.

How do you go about developing the character models for these films? What's the starting point?

The starting point for us is always the story. Obsessively so.

Developing their personalities, back stories and even little mannerisms we can show in their behaviour and interactions with each other.

Based on these notes we start developing their character design and look. What kind of clothes they are wearing, their size, their hair etc.

Every pixel and frame was used to give life to these characters and this story.

For instance, we wanted Anna to look free spirited and full of wonder and curiosity for the world around her. Her hair was an important thing for us, not too wild but not too kept either. She also has the biggest eyes of all the characters in the film.

To show she is her father's daughter they share the same type of nose, hair and eye color.

To show the rich family history we added little portraits and photographs in the background. Every pixel and frame was used to give life to these characters and this story.

Unox – Times Are Changing (Making Of) 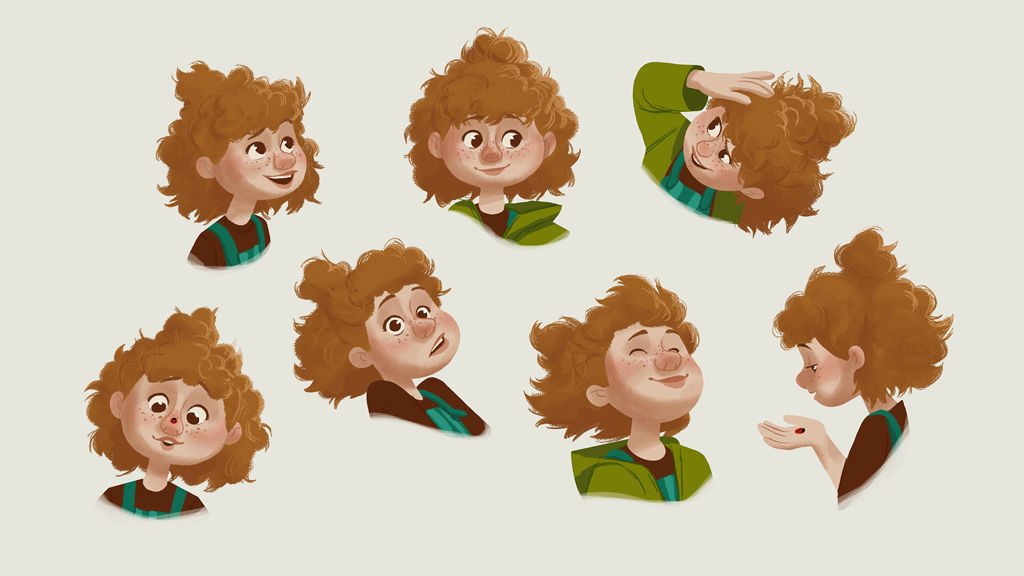 We know Unox is an iconic Dutch brand - what aspects of the brand history did you have to maintain?

A few things had to come through in the film. The importance of the family dinner at the end, sitting together and sharing that moment. Dutch weather always plays a key role in Unox branding, so we made sure we hit that note.

And the end tune, that’s a classic. Everyone in the Netherlands recognises that tune.

With an animation production of this level there are a lot of moving parts at the same time.

We did get to tweak it slightly, to fit the story.

The first few notes come in with a bit of hesitation when the father tastes the vegetarian sausage “is he going to like it?”. When he does the tune comes in at full strength. 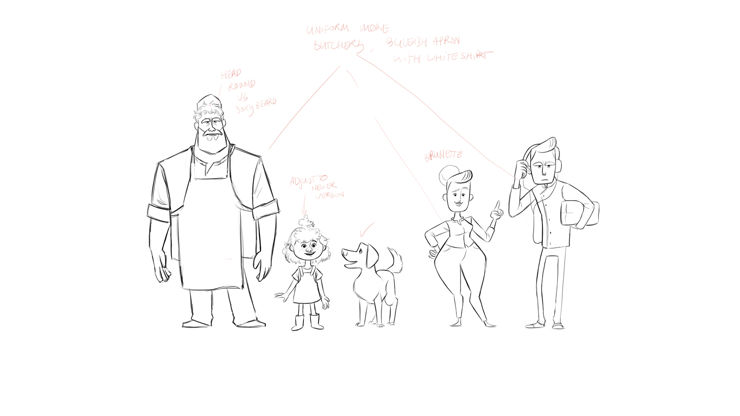 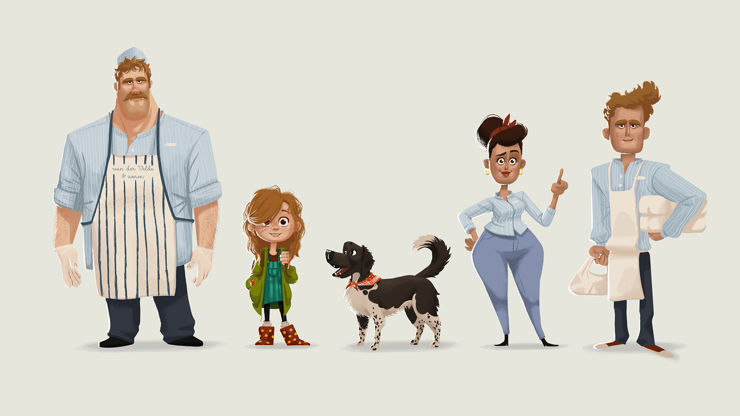 Above: Character evolution of the family.

What's the most surprisingly complex element of an animation like this? What took the most time?

With an animation production of this level there are a lot of moving parts at the same time. While we were still fine tuning the edit we were already animating, testing the hair and cloth dynamics for the characters, recording sound and music.

Each little change in animation had to go through several steps to get to the look of the final film.

Managing that was a big task. 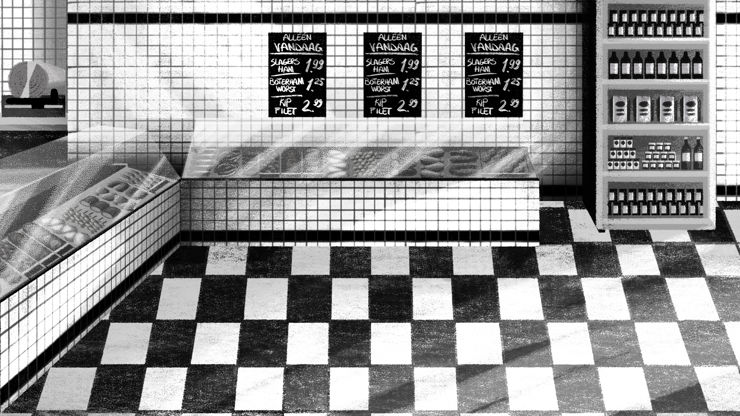 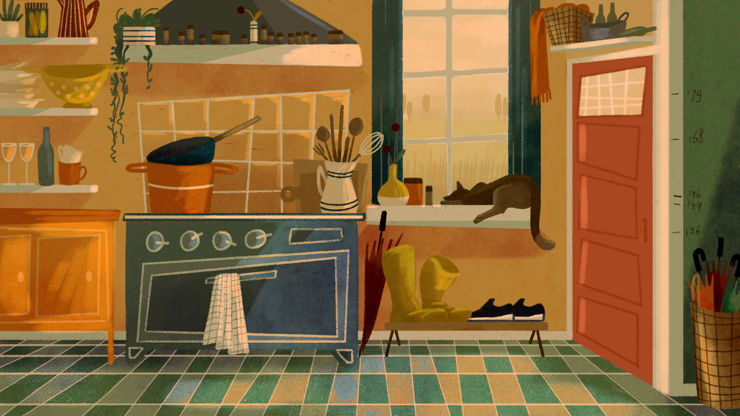 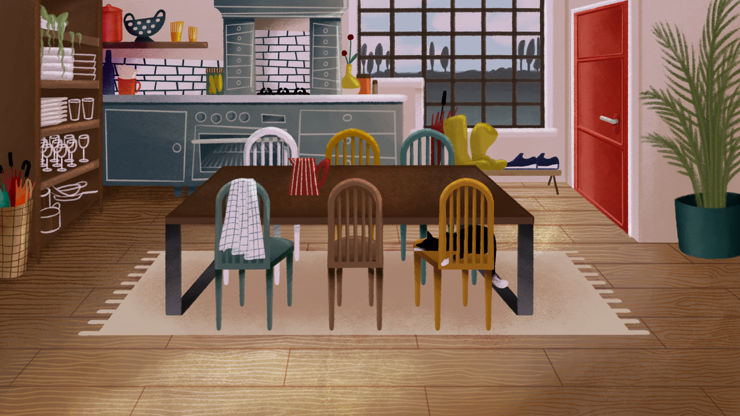 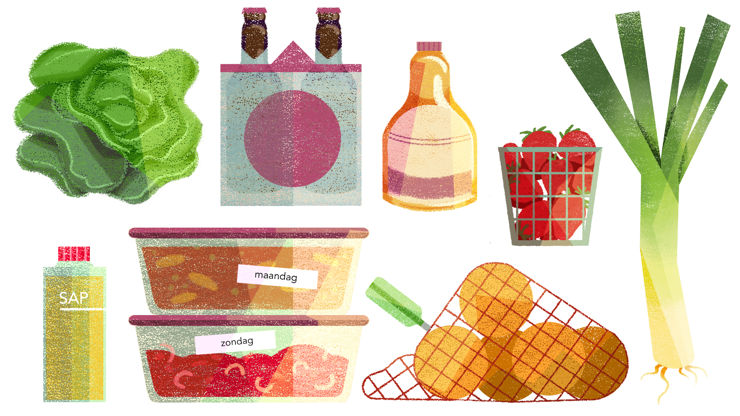 Above: Some of the set designs for the commercial.

Were there any unforeseen complexities during the making of the film? How were they overcome?

I feel that with our team we could overcome any form of challenge, they are truly next level. Just brute force in craft and creativity.

Will we see any further adventures with this family?

I hope so, I could imagine some more adventures for Anna and Pip. It’s up to TBWA and Unox though, but we are definitely up for it. 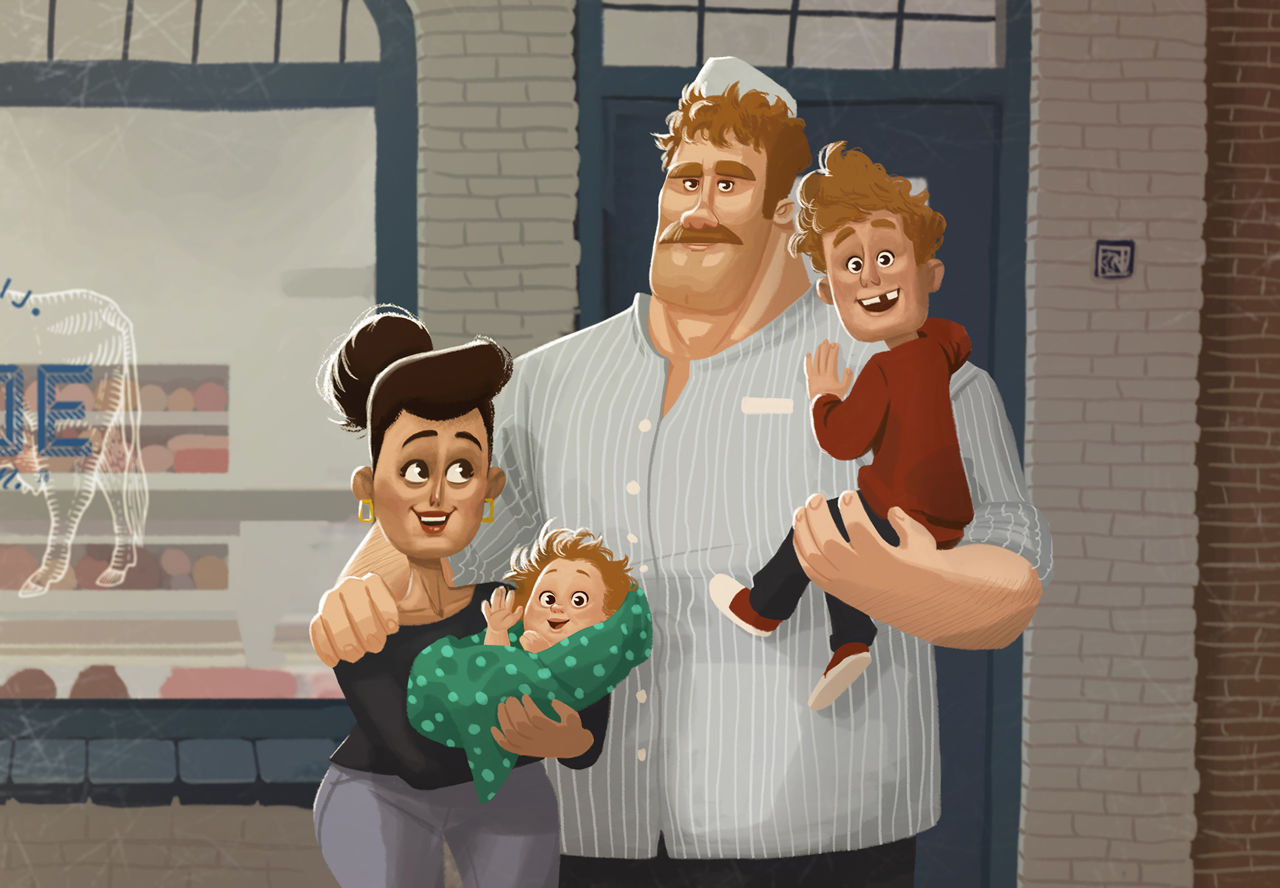 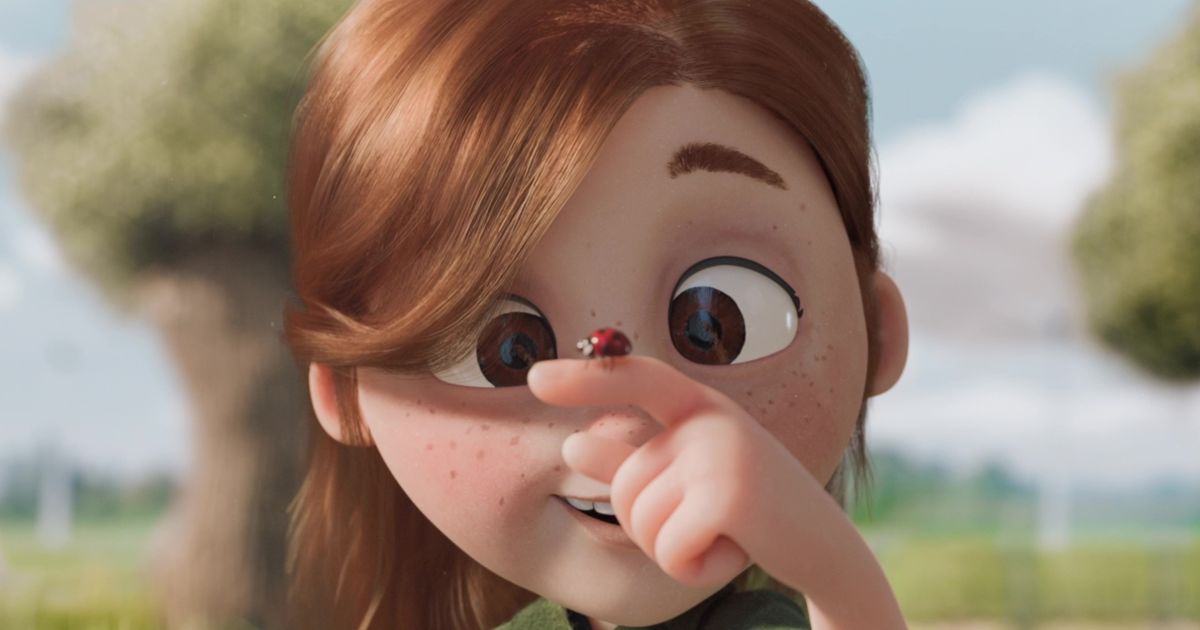 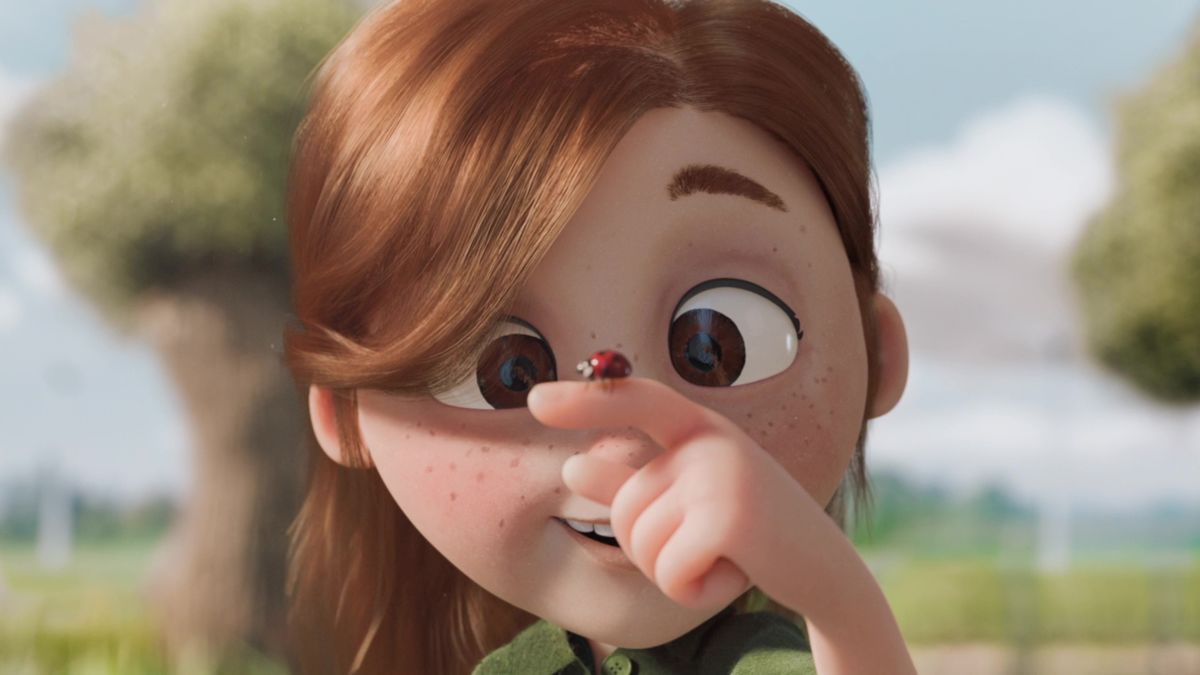