We speak to director Farhad Ghaderi about his heartbreaking tale of volatile sibling rivalry and support.

No matter the mastery of short-form filmmaking, it's still an impressive feat to get an audience emotionally involved in a piece of content that takes up less time than it takes to hard-boil an egg. With his new promo for singer/songwriter Jordan Klassen, director Farhad Ghaderi achieves just that.

Telling the tale of a pair of siblings in the lead-up to a race, Virtuous Circle explores the joys and pains of brotherhood, the self-destructive older lad being both mentor and antagonist to his kin. As described by the director, the film "embraces the idea that we are deeply flawed and contradictory creatures, yet still capable of loving in our own imperfect ways".

Gorgeously shot on 16mm, with high drama being created through terrific performances and clever editing, we were impressed with the film so sat down with Ghaderi to chat about its creation. 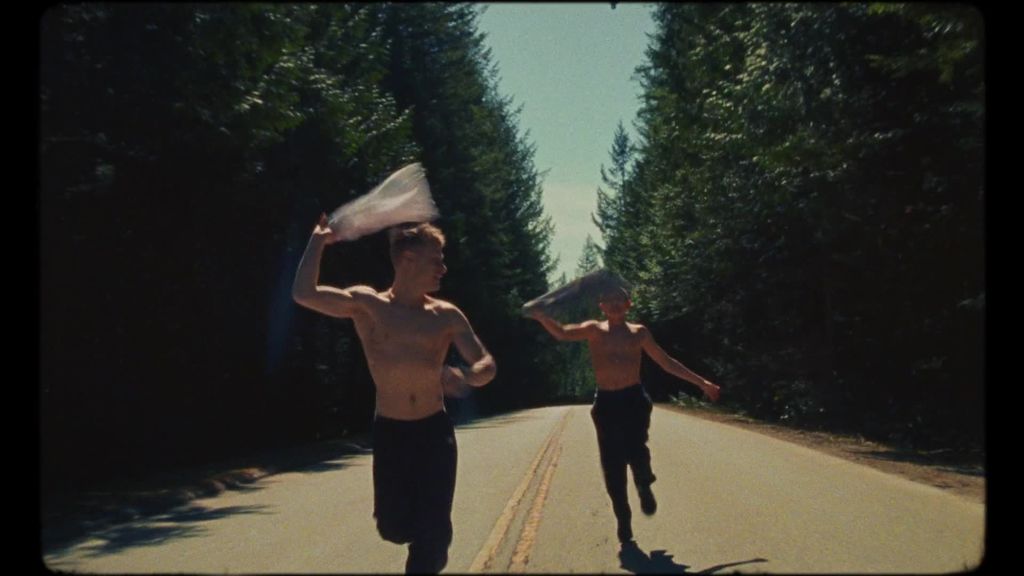 Where did you get the concept for the video? Was it specific to this track, or had you been thinking of making a film like this for a while?

The idea was definitely the culmination of various elements. Jordan and I had many conversations about what the song meant, as well as what a virtuous circle was, and what it meant to us personally. I knew how the song made me feel, but I didn’t know how to convey it yet.

So I took a web hiatus and started going to the library for inspiration. One day I found this old photography book that had a photograph of two brothers hugging, one was just a kid, the other was older, and struggled with addiction. You could see how much these two relied on each other...And it hit me immediately. The idea that we are inherently flawed beings and yet we always find ways to love and be loved. That was a strong foundation. I knew that I could make something more personal if I grounded this idea within the concept of brotherhood, because I could draw from my own lived experience.

What were the early stages? We hear that it was made through an initiative from The Canadian Academy of Cinematic Arts and Prism Prize - can you tell us a little about that?

Yeah! It’s called the MVP Project and it’s a pretty cool new initiative that was started by Prism Prize and RBC Music in collaboration with The Canadian Academy.

It’s a grant to support and connect emerging Canadian filmmakers and musicians. Given that Much Fact died a while ago, this initiative is super important.

When I heard about the MVP Project, I called Jordan immediately. We were both super excited since we had been trying to make something before but we hadn’t been able to finance it as we wanted. So he sent me an unfinished mix of Virtuous Circle which I loved. After that, Boldly jumped on board and the dream team was born. We were stoked when we found out we had gotten the grant of course. 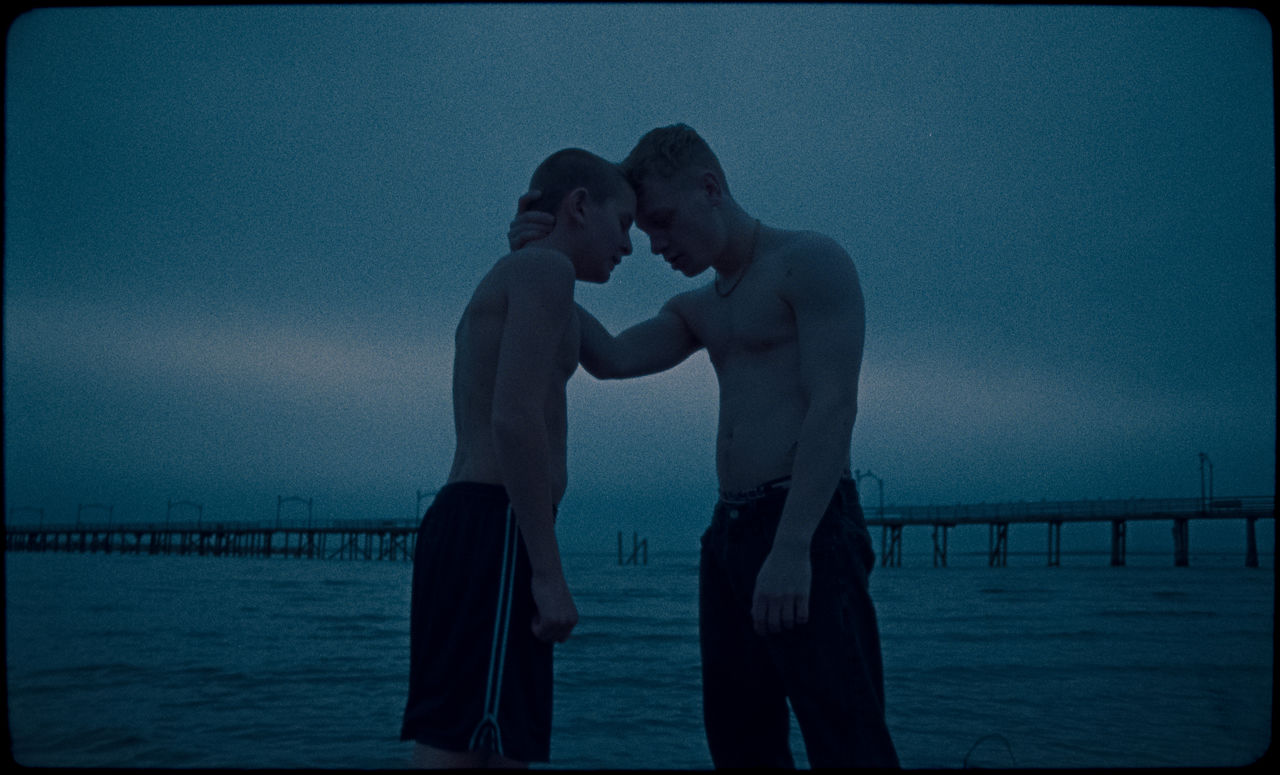 How did you cast it? The performances are amazing.

Thanks! We had a terrific cast. It’s all thanks to our amazing casting directors, Kris Woz and Kara Eide. They seriously went above and beyond for us to find the perfect people!

We had a few conversations before about the characters and the approach I wanted to have, and Kris and Kara went and found them. When I saw Ben’s tape I knew it had to be him. He is really a special kid. I also knew I wanted Antoine to play the older brother since I wrote the first treatment. Kris reached out to his agent and he connected with the part, and thanks to my producer Shelby Manton, we flew him to Vancouver.

Why did you make the choice to shoot on 16mm? What challenges did that present

I shot on 16mm because I wanted to be more purposeful with all the decisions I made on this film. I wanted to approach the characters and the situations with a sense of intimacy and the format allows that. Super 16mm film is just such a gorgeous format, it is raw and beautiful and I wanted to convey a sense of melancholy. I knew from the beginning this had to be shot on film.

I think the biggest challenge was making it fit in our budget. Kodak is great and they’re doing what they can to help filmmakers shoot more film, but it’s still hard when you’re a super low budget production. There aren’t many labs out there so we had to send our film down lo Los Angeles. Luckily FotoKem was very supportive.

Film is incredibly forgiving by itself. It’s hard to fuck it up. But you have to be more purposeful with what you shoot and how you shoot it. I’m grateful to have had an amazing camera and lighting team who had my back! 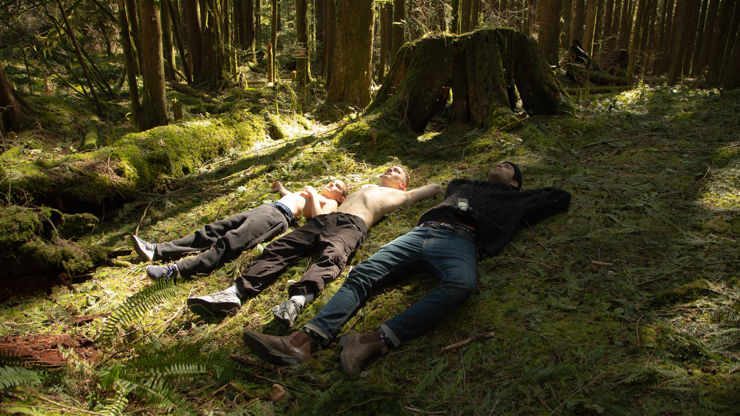 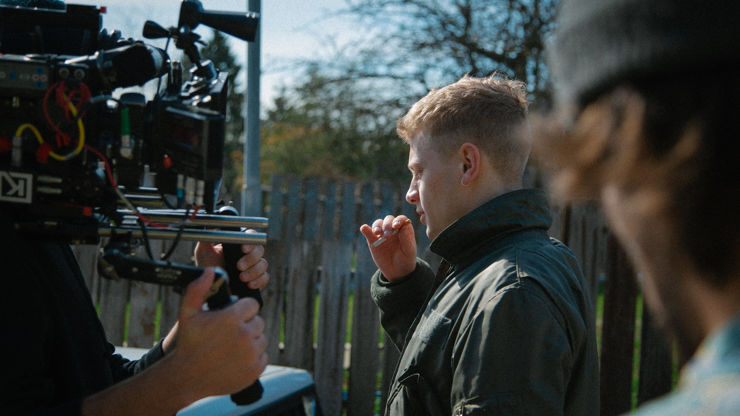 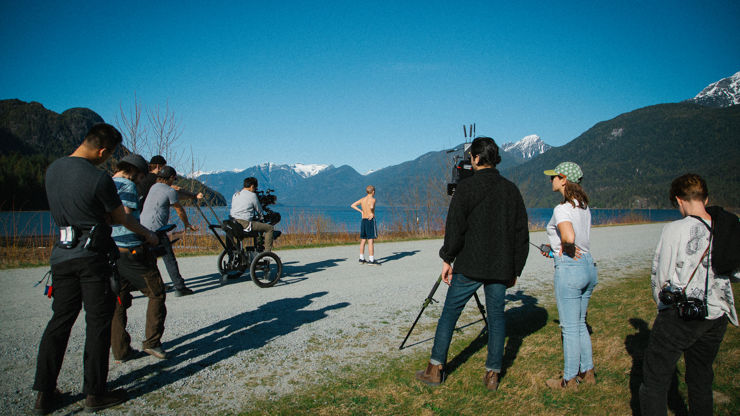 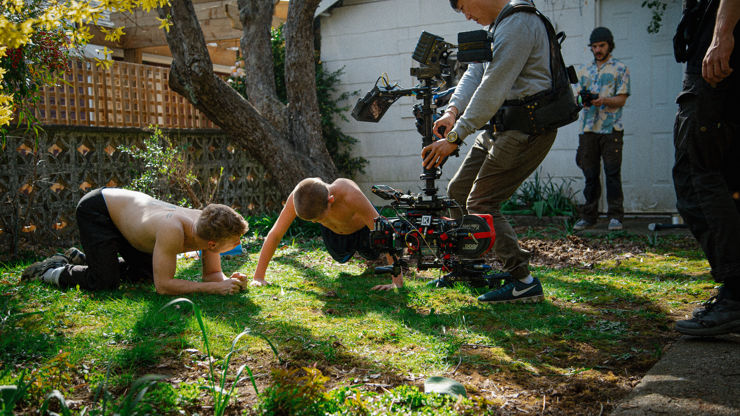 Above: Some behind the scenes images (photo credit: Kristoff Duxbury)

Honestly the most enjoyable shoot I’ve ever had! It was 3 days and it was crazy and it was intense. But the energy was so positive and the crew so tight that everything went smoothly. It was great that our crew was mostly friends and people who knew each other well. No bullshit, just love for the craft.

What was the biggest challenge to overcome? How did you manage it?

Directing and shooting at the same time is always a challenge. My background is in cinematography, and something that happens a lot when cinematographers direct is that you end up with a piece that’s mostly just really nice to look at, but the story or performances lack depth. I’ve been there before haha.

I mean, it’s a challenge to be there for your actors, to let them know you see them, their vulnerability, to immerse yourself in the story and their characters together and at the same time work the creative and technical parts of shooting.

I think the answer is being aware of your strengths and weaknesses...and prep A LOT! And of course, surrounding yourself with a team you really trust. Being able to rely on your crew and not micro-manage stuff comes a long way! Asking for help is a good thing.

What was your favourite moments from the shoot?

Literally the last take we shot. We were by the broken pier and the sun was long gone. It was cold, we were wet and we were running past blue hour. We we had been doing some Steadicam and it just wasn’t feeling right. So in an impulse, I grabbed the camera myself and I just ran into the water with Antoine and Ben, followed by my focus puller Mikael Bidard who ran

behind us. It was so cold and we were soaked. As soon as we wrapped the boys and I started screaming at the top of our longs. So cathartic! 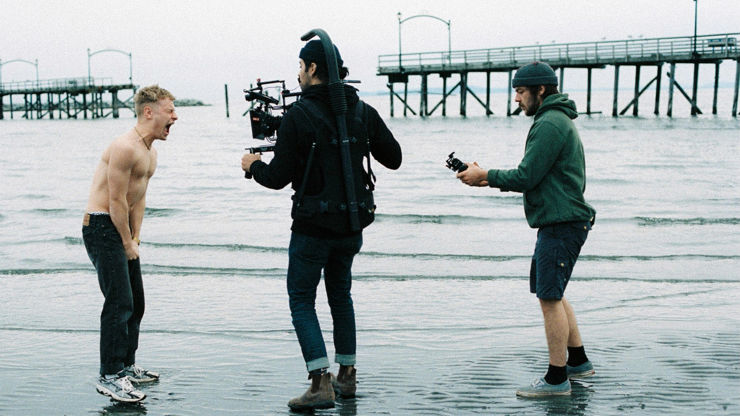 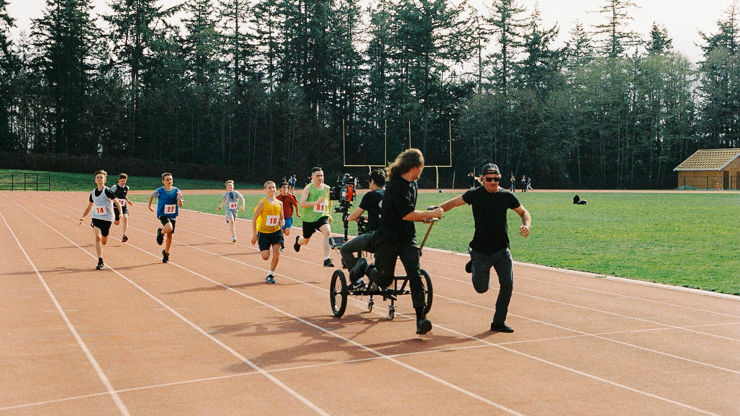 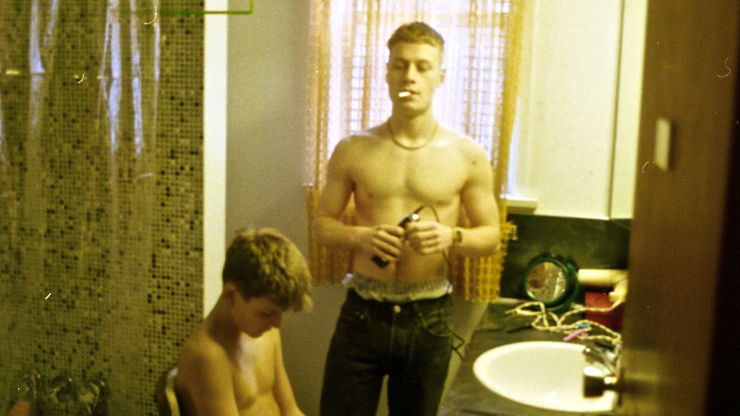 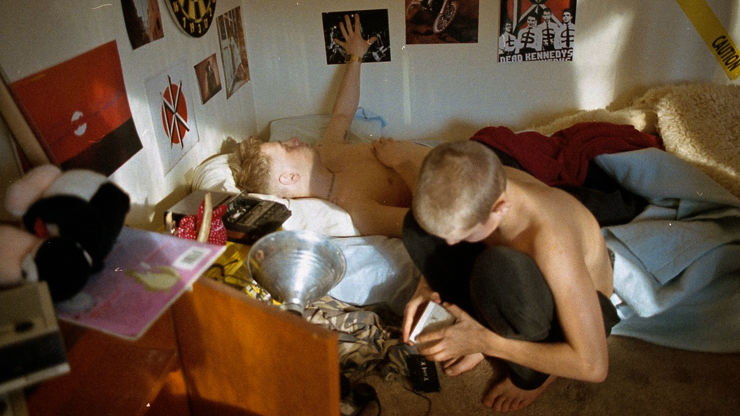 Above: More behind the scenes images (photo credit: Charlie Hannah)

How did it come together in the edit? Was it a challenge to tell the story without audible dialogue?

I was lucky to work with my friend Alexander Farah who’s an amazing editor and director. It was the first time I don’t edit my own stuff but I’ve known Alex for a long time and I respect his work a lot, so I always felt at peace. He brought a lot of magic into it.

The story is in essence quite simple, and a lot of work went into prep to be able to make each scene and action speak by itself so not having dialogue wasn’t really a challenge in the edit. I think the actual challenge was piecing all of these fragments together in a cohesive way while still hitting those emotional marks.

What's your favourite moment in the film?

Besides the boys screaming like maniacs by the ocean, there’s this small moment where Ben tries to drink a raw egg from a glass and almost pukes. We tried a few times and he just couldn’t do it. That was real and I love it.

Well I work mostly as a cinematographer which is my passion, so I’m shooting a couple projects here and there! I’m trying to shoot more narrative with directors whose work I respect a lot, as well as more diverse voices.

I am also writing a new treatment for a music video/ film that I am very excited about. I’ve been meaning to make films that align more with who I am in terms of my cultural identity, so this will be an important step towards that. 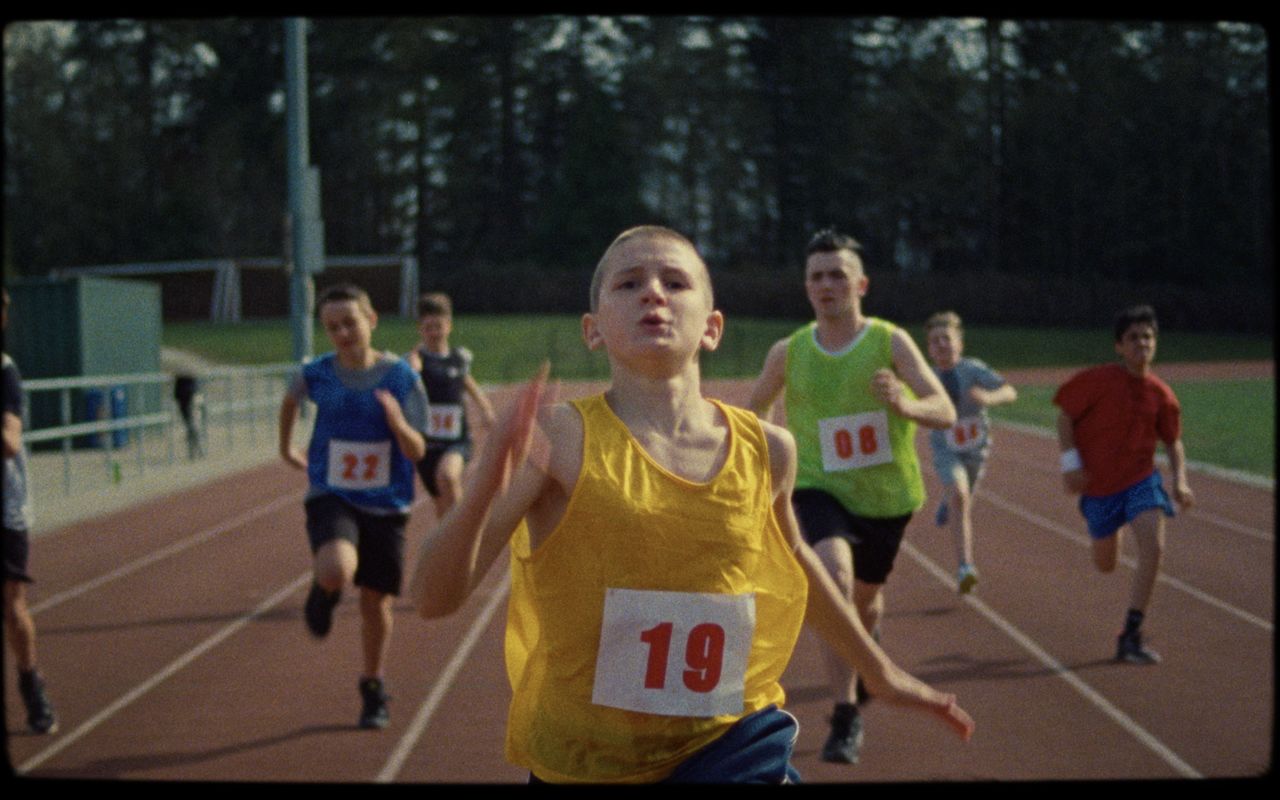 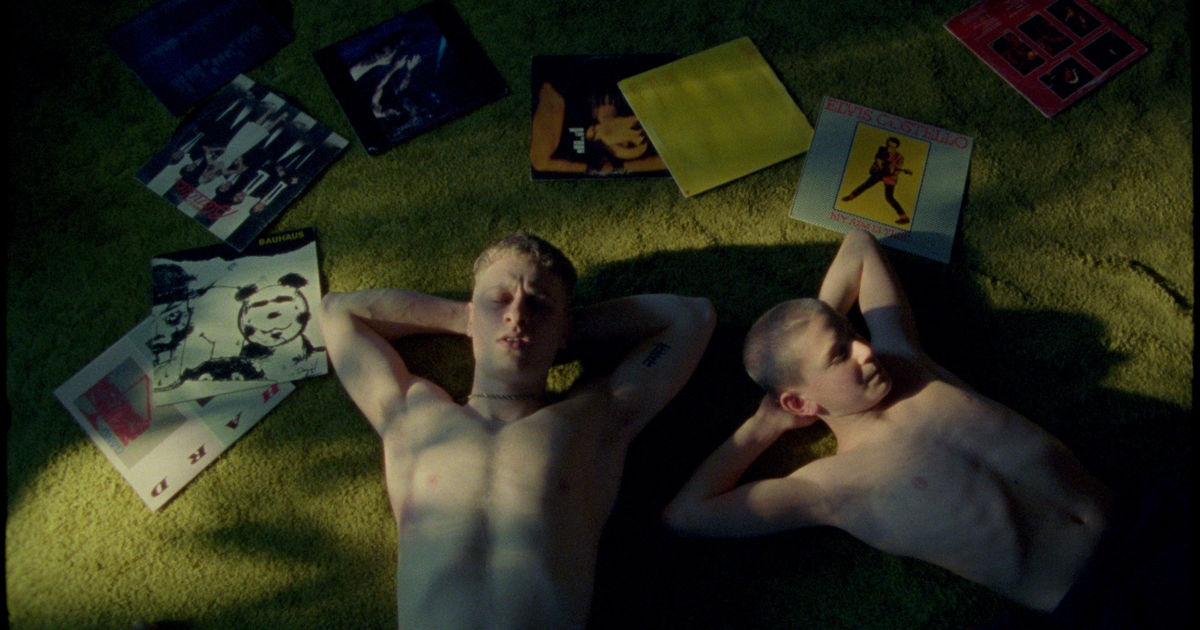 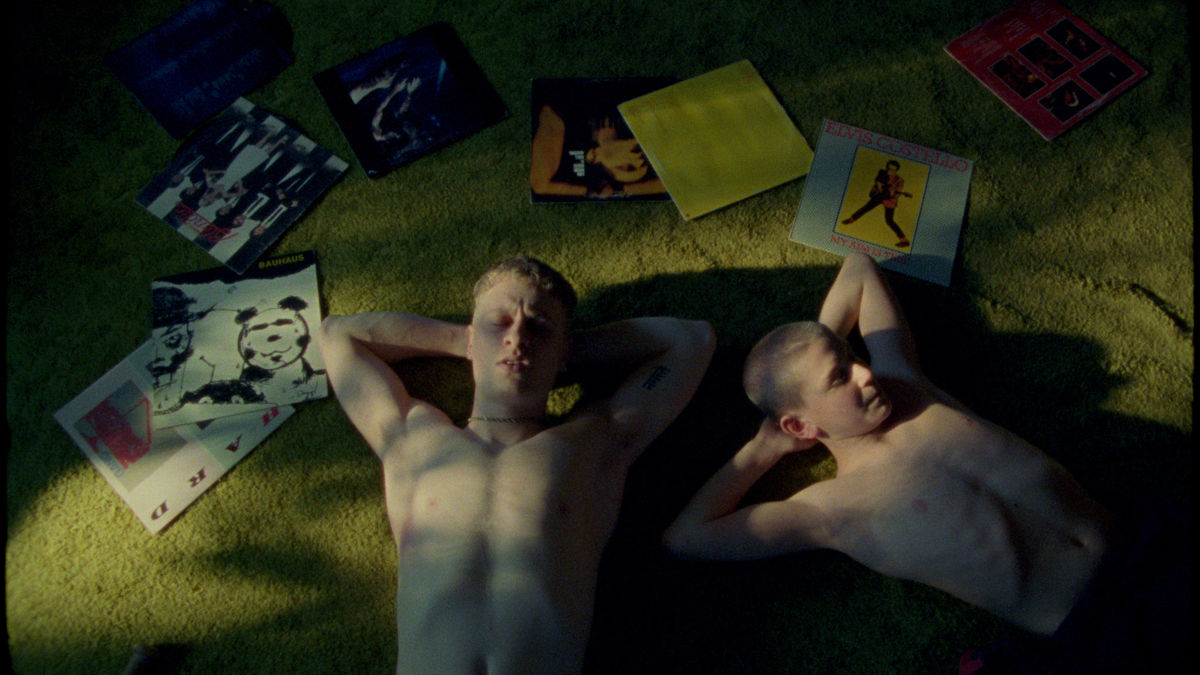