by Olivia Atkins on 4th February 2016
This article was created before we re-designed shots – it may look a little strange or not have the same features as new articles. If you see something particularly wacky, please let us know on shots@extremereach.com
Share

You may not have heard of them just yet, but independent design studio Studio Swine are sure to secure a solid reputation soon – considering the beautiful handicrafts they create partnered with their exquisite documentary-style films.

Husband and wife, artist Alexander Groves (AG) and architect Azusa Murakami (AM), are an exceptionally dynamic duo. Since graduating from London’s Royal College of Art, the pair have refined their research techniques to truly reflect and embrace the cultures they explore.

Their latest project, Terraforming (below), moves away from their usual style and instead serves as a branded content film for Swarovski’s 125th anniversary.

Shot in monochrome and inspired by sci-fi classics like Kubrick’s 2001: A Space Odyssey, the five-minute long promo imagines a distant crystal planet and suggests its suitability for human existence, remaining simultaneously retro and futuristic in style.

Speaking with shots, the pair, together with their trusty cinematographer Juriaan Booij (JB), reveal the inspirations behind their latest project, how they work and what plans they have for the future.

How did your partnership with Swarovski come about?

AM: Swarovski sponsored the Designer of the Future Award last year, which we won. Part of the prize was to make a design collection using Swarovski Crystal for the brand’s 125th anniversary, which we did, but we also made this accompanying film. We had just six weeks to complete the entire project.

How would you define this project for Swarovski?

JB: It’s a bit like a trailer. The story is abstract – it’s about a cartographer’s journey to a planet that he makes habitable using exploration tools – and the images are conceptual. The film doesn't explain everything, so the viewer has to fill in the gaps.

AG: We definitely wanted to keep that certain mystique that trailers have. We watched a lot of ads for inspiration and wanted the spot to allow your imagination to run wild.

How did you begin the project?

AG: By imagining what life on a crystal planet could be like.

What was the process behind creating the Swarovski spot?

AG: Firstly, we visited Wattens, which is Swarovski’s headquarters in Austria where they make the crystals. We saw the Swarovski archives and learnt about the brand’s Hollywood heritage; the ruby slippers from the Wizard of Oz; the necklace from Breakfast at Tiffany’s, the Oscar curtains, Cinderella’s shoes – they’re all Swarovski. We really wanted to tap into this history and we were lucky really with how the crystals look on camera – their faceted form means their sparkles create fantastic effects with the light.

JB: It was a funny combination of high tech cameras and a low tech set. The entire set was made of mdf, polystyrene and lots of Swarovski crystals, which came to the size of a table. It felt very retro but also very realistic.

AG: We were making a sci-fi-inspired spot on a limited budget so we couldn’t make massive sets, but we manipulated the camera to get the desired effect. Like the control panel that features in the film (below); we had to make it really big to fill the anamorphic format. It was based on the 1965 NASA operation room during the first Apollo missions, but in our film it’s where the terraforming engineer shapes the crystal planet. Looking into the history of design in sci-fi and science was a key and fun part of our research process.

Tell me a bit about your research process… It sounds intimidatingly thorough.

AM: For this project, we joined the British interplanetary society. We always really immerse ourselves in research before we design or start a production. It was a great help in designing the film and understanding the theories around terraforming other worlds. We also met Will Lord – the caveman that features in the film (below) – who’s knaps flint for a living in his back garden in Suffolk. He's a real character and an expert in ways of life from 10,000 BC so, it was a really incredible journey to spend time with him.

AG: We did a two-day workshop with Will and learnt to make our own hand axes with a heavy block of flint – which Azusa is surprisingly great at.

AM: It’s not about using your strength but focusing your energy into the right spot…

AG: We really try to get involved at every stage of the research process. It’s very much about understanding the concept and how it works. We were interested in Flint because we wanted to contrast the most advanced crystal technology from Swarovski with the first ever cut crystal. We discovered that flint is also a crystal, as it’s made of the same element, silica, but just contains more impurities. This was also the first time that we worked with cymatics – moving liquids or fine powders with sound frequencies. We used the smallest crystal in the world, the Swarovski xero, which is the size of a grain of sand and put sound frequencies through them to visualise the sound waves – and we hope the effect paid off.

What were the main differences working for Swarovski?

AG: Usually on our projects, it’s just Juriaan with his Canon 5d and a very small kit. But this time, having Swarovski behind us meant that we had more cameras and opportunity to experiment. We mixed studio shoots with location shoots, which is something we’d love to continue doing in any future project. This would allow us to play around more with composition. We want to push what design can be; we don’t want to have to separate the sustainable message from the art, we just want to tell it in the most beautiful way.

Juriaan, at what stage do you get involved?

JB: Usually, once they know what designs and objects they want to make, then I come in and think about how to build a narrative around it. We’ll often talk about how to visualize the story. But this project was quite different from our previous work, because it wasn’t really documentary-based and it didn’t focus on a pre-existing narrative set, like the Chinese hair markets of Hair Highway (below).

A lot of your previous work is very environmentally friendly. How important is this to your work?

Considering you’ve had complete creative freedom on previous projects, how do you feel about having to compromise your vision if you do decide to partner up?

AG: I think there’s a lot of opportunities for us to use exciting projects to tell a brand’s story particularly in the tech sphere where innovation and creativity is key

JB: I’m at RSA and every once in a while, I’ll get an open brief and I’ll propose some of Studio Swine’s ideas, as obviously I’m already involved and have the agency contacts. But it’s often the client or agency that finds it doesn’t want to the control. Or maybe, I haven’t had much luck yet… But working for social media audiences is where Studio Swine’s work has been best received –there’s less of a threat.

AG: We’ve been lucky that a lot of our work has gone viral naturally – we’ve put our videos on Vimeo, they’ve got a staff pick and then 100,000s of views. And sometimes, they’ve even been picked up by National Geographic or the Discovery Channel. It starts with people embedding it and sharing it online. And we’d be more than happy for brands to tap into this because we also love working with constraints.

How would you define your films?

AG: Our filmmaking style uses visually told narratives. Most of our work can be experienced internationally as we intentionally opted not to use subtitles or a narrator. Apart from Grycraft (below) which had a narrator, all our other projects are just made up of visuals. Combined, we are of Dutch, Japanese and English descendent, so being able to be understood internationally was really important for us. We wanted to leave that space for people to make up their own minds. They’re almost like music videos, in a way.

We don’t want the films to pass judgement either, so we’re not spoon-feeding our viewers with information. We hope this method of storytelling makes the viewer more curious but we like that they’re not stating the obvious. It’s really important for our films to have an environmental message. We want people to think about what they’re going to do about that particular situation – but that’s the beauty of it, it pulls people in. The topics often present a serious problem that’s facing our planet and translate it for new audiences, but we don’t want to focus on the negative as we don’t think people would engage (as much) with it.

How would you describe your style?

AG: We don’t have a house style – our approach is very research-based and we tell stories through our films and our objects. That’s what we like to share with people.

How would you describe yourselves?

AM: Like method actors. We go to a place, get into the local way of thinking, live like the locals, do a lot of hands-on research and then create things that are suited to their needs and culture.

AG: Our work is totally informed by vernacular design.

So, what’s next for the future?

AG: We’re going to the Amazon to document the rubber tappers, who protect the forest and find value in it without it being cut down. A kilo of rubber there costs than a kilo of beef! Our project will focus on the Brazilian ghost town of Fordlândia, where Henry Ford lived in the 1920s.

AM: We want to make a series of furniture pieces with ebonite, which is made of volcanized rubber, but of course we will also document the history of Fordlândia and the role of the rubber tuckers.

AG: We’re also working on a redevelopment project through the Crown Estate near St James’ Palace. We’re designing public benches and retelling the story of the area, through the different traditional crafts of pipes, shoes, shirts and ties. And we will create four different films about each trade.

In this new campaign from Marshall, rock legend and 'Godfather of Punk' Iggy Pop asks us to tune out the boring and find our own noise, and we speak to its creators to find out how they managed to achieve doing exactly that. 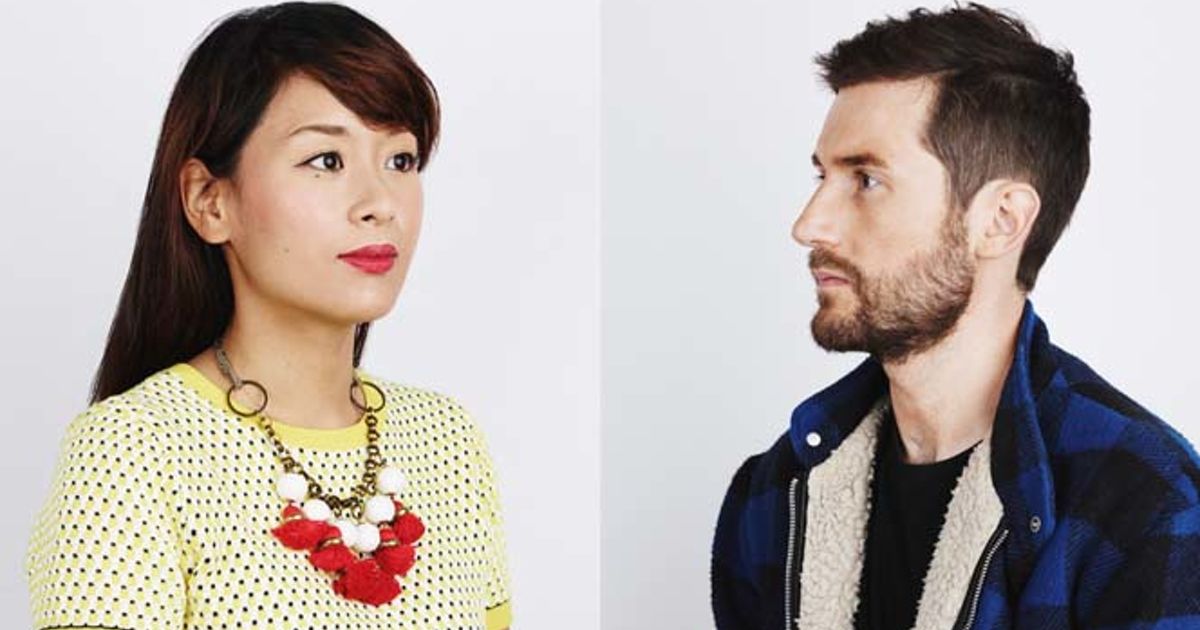 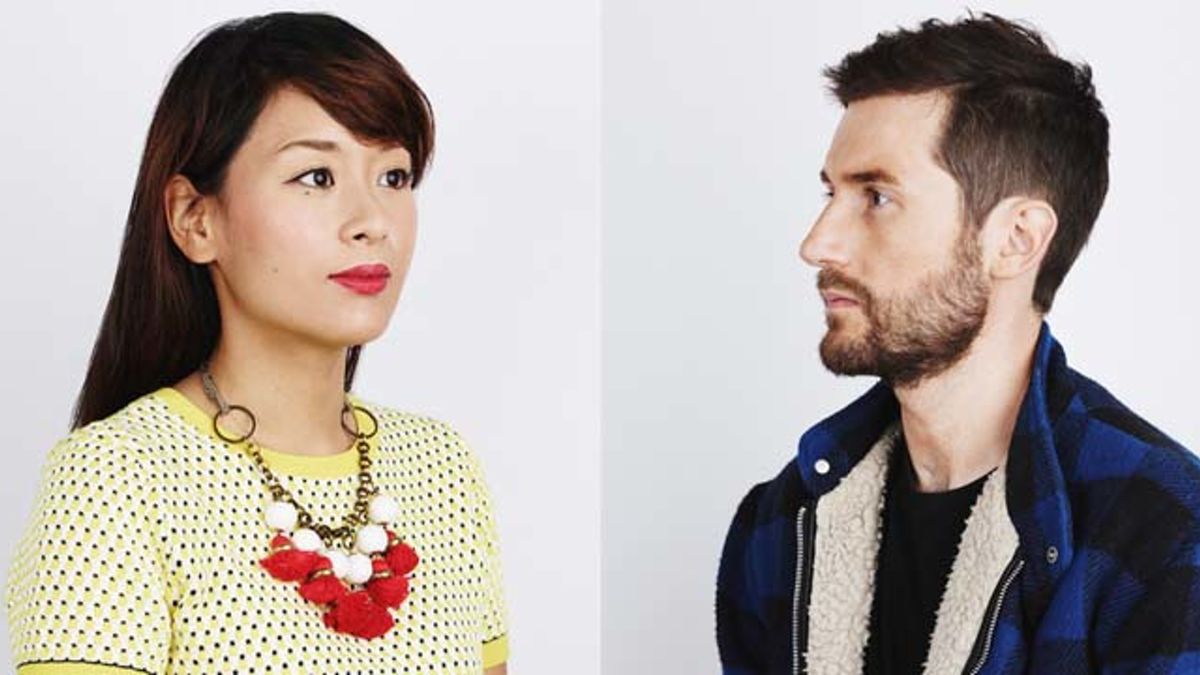