by Danny Edwards on 25th June 2015
This article was created before we re-designed shots – it may look a little strange or not have the same features as new articles. If you see something particularly wacky, please let us know on shots@extremereach.com
Share

Seems these days our language adopts new words and phrases faster than you can ROFL, or look up ‘askhole’. Finding himself in a lexical loop-the-loop about the actual meaning of the term ‘branded content’, Danny Edwards asked David Lubars, president of this year’s Cannes Lions Branded Content jury, to share his definition of this most industry- defining erm... thingummy

What is branded content? This is both an actual, and rhetorical question because while it seems everyone has an answer, no one really has the answer. Content is a word that is thrown around by pretty much everyone these days. It’s the Holy Grail of contemporary advertising and the elusive thing that every brand would like to successfully create. But the definition of ‘content’ changes depending on who you talk to and can be confusing:

“So, what are you working on?”

“Fantastic. What is it exactly?”

“It’s actually a music video but you never see the product and only get a ‘sponsored by Brand X’ caption at the end’.”

It’s tempting to revert to journalistic cliché and quote the dictionary definition of the word ‘content’, but I don’t think we need to. Content is basically everything, and everything with a brand attached is, therefore, branded content. Right?

But then, what do I know? Because according to this year’s president of the Cannes Lions Branded Content and Entertainment jury, chief creative officer of BBDO Worldwide and chairman of BBDO North America, David Lubars, that explanation is not strictly true. “Branded content, to me,” he says, “is where [an idea] couldn’t exist without the product.”

If anyone can fathom the definition of branded content it would be Lubars. A veteran of Cannes juries (he headed the Titanium jury in 2006, and both the Film and Press juries in 2009), Lubars is no stranger to a darkened room, a set of guidelines and a whole heap of creative ideas, but even he admits that there can be various interpretations of what branded content is. Most importantly, the Lions festival defines the category thus;

“The definition of Branded Content and Entertainment… is the creation of, or natural integration into, original content by a brand. Entrants will show how a brand has successfully worked independently or in association with a content producer or publisher to develop and create or co-create entertaining and engaging content for their audience. This could be either by creating original content or programming for a brand or by naturally integrating a brand into existing formats by partnering with a publisher or media partner.”

Lubars is no stranger to a darkened room, a set of guidelines and a whole heap of creative ideas, but even he admits that there can be various interpretations of what branded content is.

And who are we to argue? [Though we could. A TV spot is also ‘original content’. Usually, anyway]. “I loved judging all those other categories,” explains Lubars of his previous jury stints, “but this is the category for right now. What a campaign is has changed so much. It’s funny because everyone predicted the death of regular television but that’s still going strong. And all kinds of video is what a campaign really consists of now; different lengths, different channels. But everything’s blurring into entertainment because first of all [people have] got to want to look at it, to send it on, and that’s how it’s going now. To me, this [category] is where the future is.”

Lubars states that a piece of work which has caught his eye over the past year is the Daniel Wolfe-directed spot for Honda’s Type R, The Other Side [above], created by Wieden+Kennedy London. An interactive film featuring a ‘dark’ and ‘light’ storyline that sit cleverly side-by-side with a press of the ‘R’ key, it has already picked up a slew of advertising awards. A good example of branded content then? “I think a lot of [deciding what is branded content] is just gut instinct,” Lubars says. “But Honda is great content that is highly entertaining, interactive, fun and cool, a great product demo and it’s different [and] it really is entertainment. And I assume they’ll enter it into this category.”

Another, more unusual and possibly purer example of branded content that Lubars admires is a February episode of US comedy show, Modern Family – which ironically was not actually paid for by the brand. The episode in question, Connection Lost, was shot using, and takes place entirely on, Apple products – utilising laptops, iPhones and iPads for the characters to interact with each other [above]. “It’s fantastic,” he states. “I mean, I don’t know if they’ll enter it, and at the start you might immediately roll your eyes because it does feel a bit product placement-ey but it’s so well done you’re just like, ok, I’ll go with it. And it’s really, really funny.”

Picking him up on the product placement point, asking whether this is branded content or, indeed, pure product placement, Lubars returns again to the salient point he made before, that to be branded content it needs for the content to only be able to exist because of the brand, and that this is a perfect case in point. “Product placement is when you see a movie or a TV show and they suddenly pull out some branded crackers or something, it’s when a product’s just stuck in there,” he says. “Take our spot for GE with Jeff Goldblum [Enhance Your Lighting, below]. He actually talks about and shows the product the whole time, talking about lighting and how light works, but the whole thing couldn’t exist without that product and it’s super-entertaining rather than being entertaining and then a product is just randomly dropped in.”

Lubars is perfectly placed to head this particular category, not just because of his experience at leading a jury in general but due to his very early adoption of branded content as a form of advertising. Back in 2001, when he was at Fallon Minneapolis, Lubars was the driving force behind BMW’s series of films called The Hire.

Starring a then relatively unknown Clive Owen, the shorts were directed by luminaries such as Wong Kar-Wai, John Woo, John Frankenheimer, Guy Ritchie [who's film, Star, is below] and Ang Lee. The car was front and centre but the content was clever, interesting and rich enough that people sought it out. The films were also released on DVD because download and streaming speeds at the turn of the century aren’t quite what they are today, and The Hire heralded a new era of both content-rich and non-TV commercial centric campaigns.

The Hire was hugely successful and was actually a big factor in Cannes Lions introducing the Titanium Lions, to celebrate ideas that defied categorisation and which broke the mould, and Lubars states that it was the limitations of the time which actually helped them in the end. “They were long-form films but at the time there was really no place to put them,” he says. “You didn’t have YouTube or anything like that so you had to download them over a period of hours. It was actually supposed to be an hour-long film but you’d never have been able [to download it] so we chopped it into six minute [segments] and then thought, why make it continuous? Each one could be it’s own film, and we actually had several directors [lined up] so the idea actually became better because of those limitations.”

As for contemporary branded content campaigns, Lubars believes that it’s now much more difficult to create such financially expensive work as The Hire. Though there’s still a place for big productions, he says, it’s now more about the constant flow of smaller ones. About quantity as well as quality. Citing the old adage of being able to choose two from ‘cheap, fast and good’, Lubars states that nowadays you need all three and the only way to do that is to create content in-house, as BBDO New York did with its Vine-based Fix in Six campaign for DIY chain Lowe’s.

As for the festival, a discussion with the Cannes hierarchy could be on the cards, he says, over the whole definition of this category. “Maybe they should just call it branded entertainment,” he muses. “I’d get that. But then that’s the good thing about those guys; Phil [Thomas, Cannes Lions CEO] and Terry [Savage, Cannes Lions chairman], they’re happy to have those conversations.” Mostly though, Lubars is once again looking forward to being locked in a room at the tail end of June with a selection of his peers for the best part of a week – “it is a long time to be in a dark room, looking at everybody else on the outside, but it’s always great to be there” – and to examining the best of what the industry has to offer in terms of Branded Content and Entertainment. Even if none of us still quite know exactly what that term means.

In the first of a new series of interviews Amy Kean celebrates the wonderful world of weird, talking to 'iconic oddballs' about their strange brains and why oddness should be elevated.

In the first of our monthly interviews with unsigned directing talent, we talk with Paul Wie about his short film Soundtrack to Greatness, translating for director Bong Joon-Ho and his love of football.

How Pam Savage and Sick Beats hit the right note 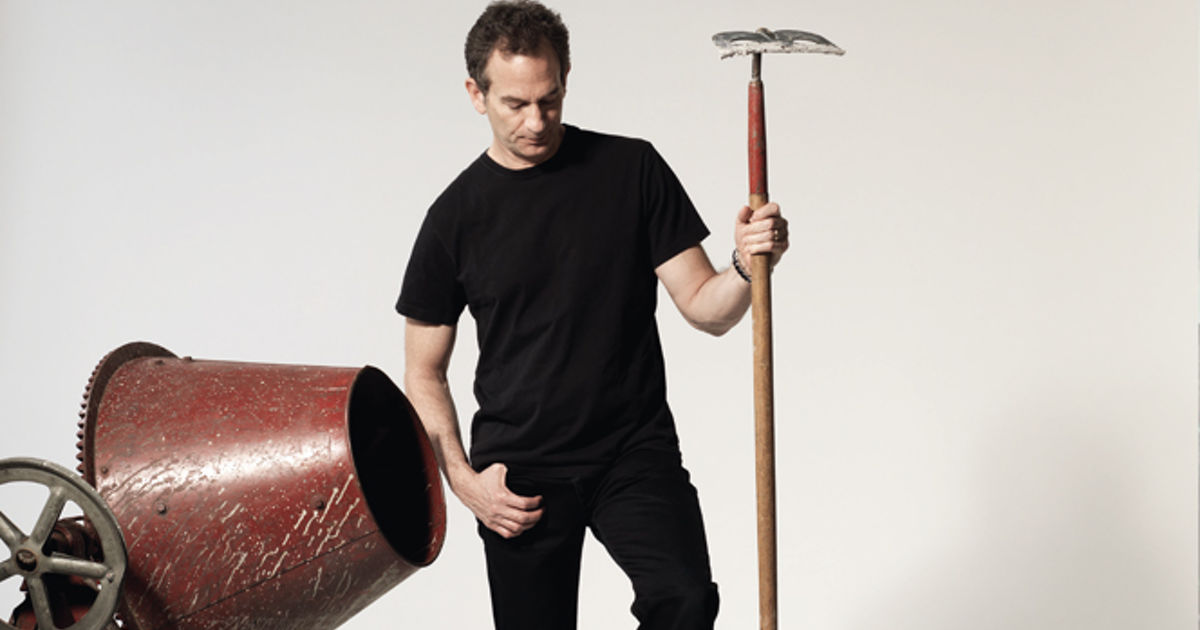 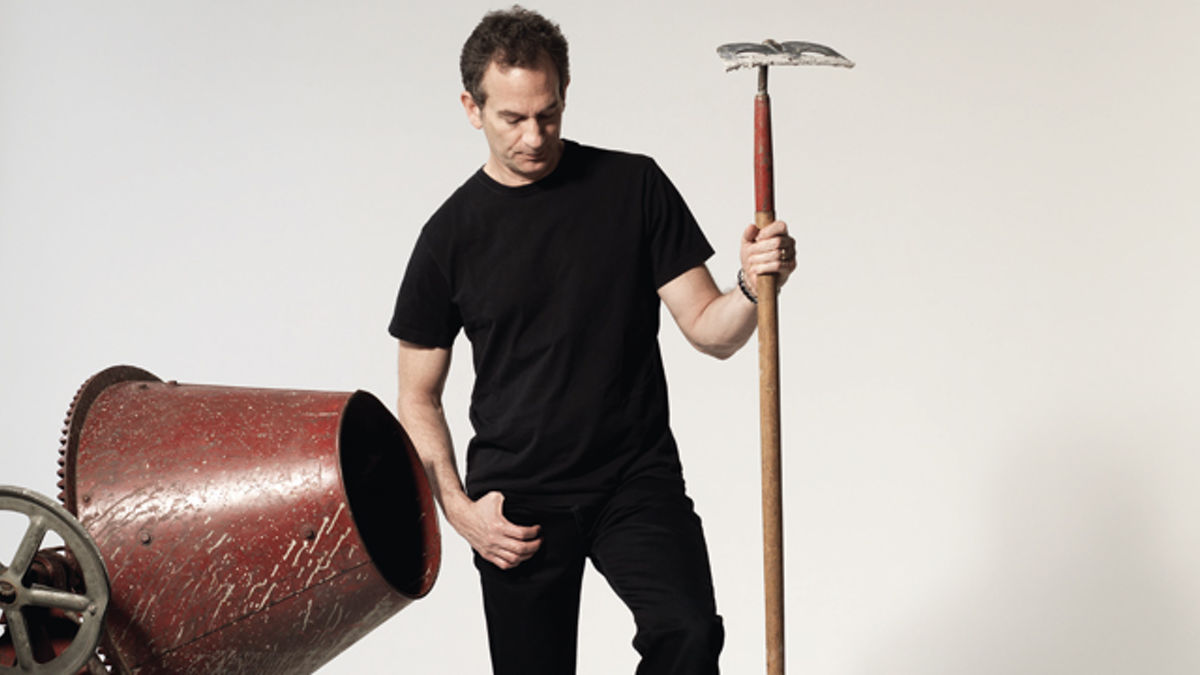