To inspire support for the England team ahead of the FIFA Women’s World Cup this summer, Lucozade Sport has given iconic football song, Three Lions, a feminist twist.

The campaign, created by Grey London and directed by Academy Film’s Jack Driscoll, features a reworking of the 1996 original, alongside visuals of women footballers overcoming prejudices to make it to the international stage. 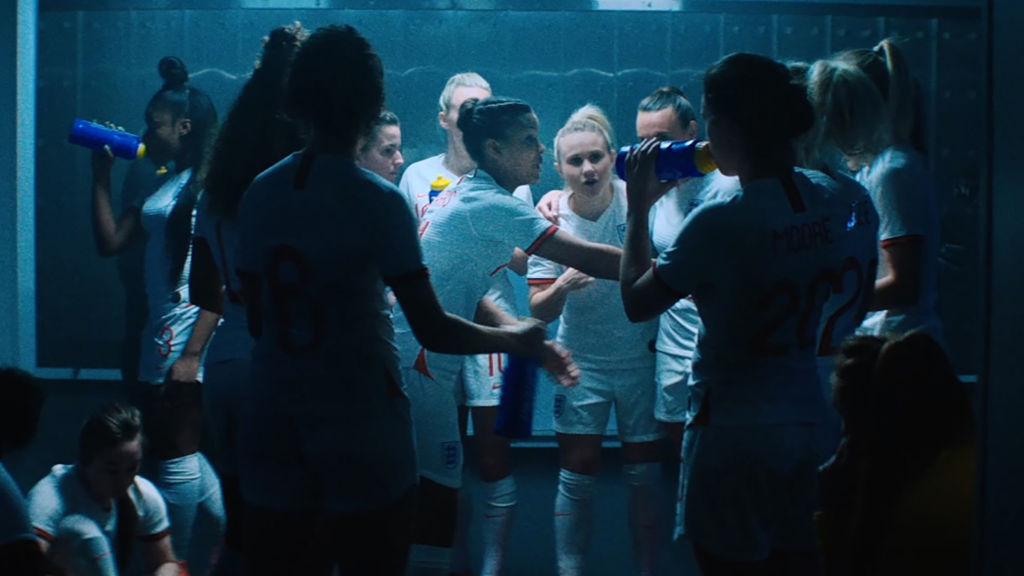 Famous names from the original - Gary Lineker, Nobby Stiles and Bobby Moore -  have been replaced by Lionesses Steph Houghton OBE, Jordan Nobbs (Nobbsy) and Jade Moore, with lyrics such as “We still see that tackle by Moore / And when Nikita scored / Stephy’s belting the ball / And Nobbsy dancing” aiming to turn female footballers into household names like their male counterparts.

shots caught up with Grey's Creative Directors, Rob Greaves and Sam Daly [pictured below] to find out more about the campaign. 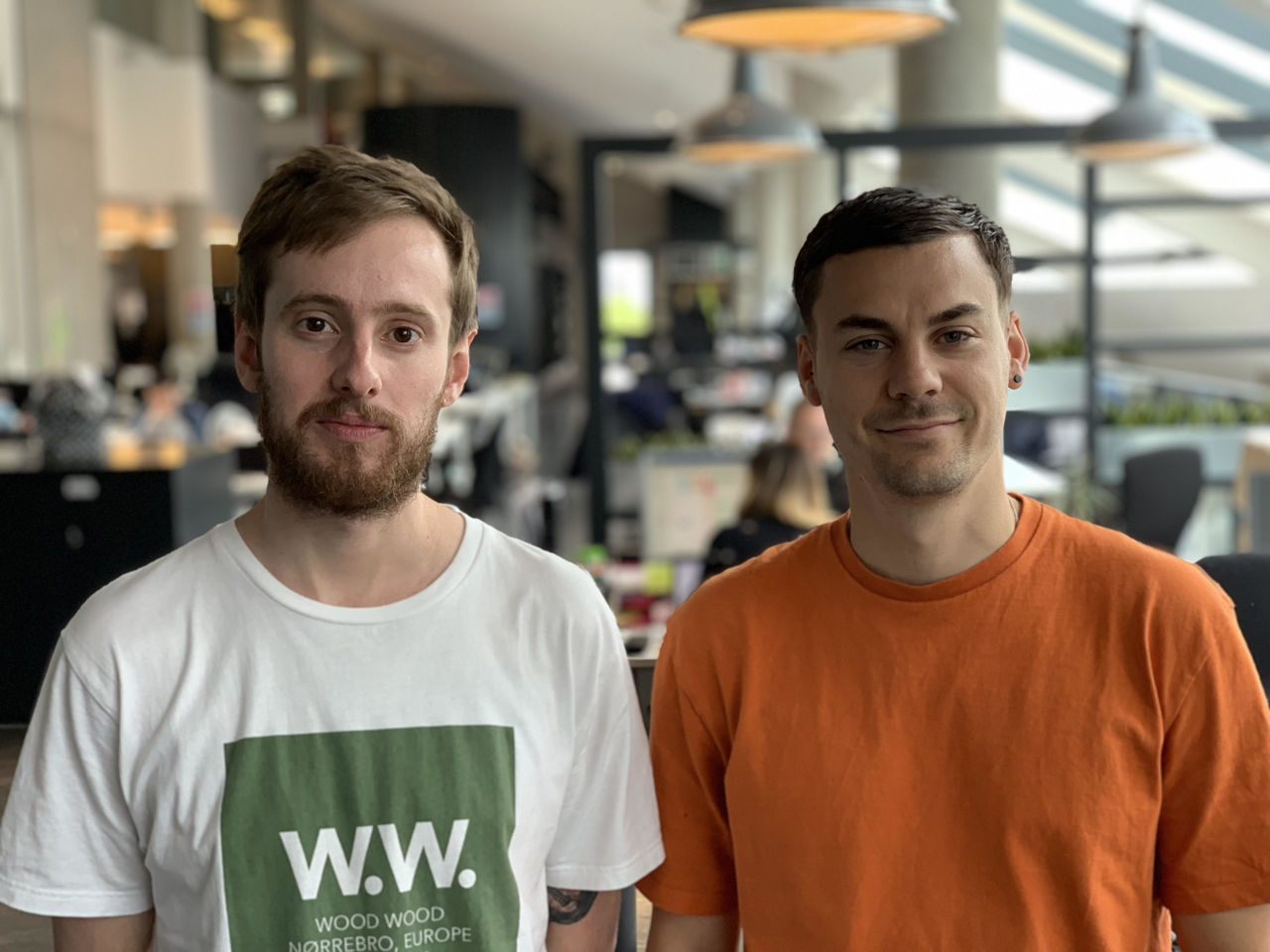 What was the brief you received from the client?

The brief was to galvanise the nation behind the Lionesses team, to celebrate their achievements but also to recognise the challenges they have faced to get to where they are. Lucozade Sport’s 'Made to Move’ platform is about getting everyone moving through sport, and the Lionesses are the perfect ambassadors and role models to help spread that message.

How soon was the decision made to reference the famous Three Lions song from Baddiel and Skinner?

There were weeks of creative development with a number of exciting ideas, but after two rounds of research and working closely with the client we felt that with the cultural power of the song and the considered re-write, we had something that could really strike a chord with England fans. 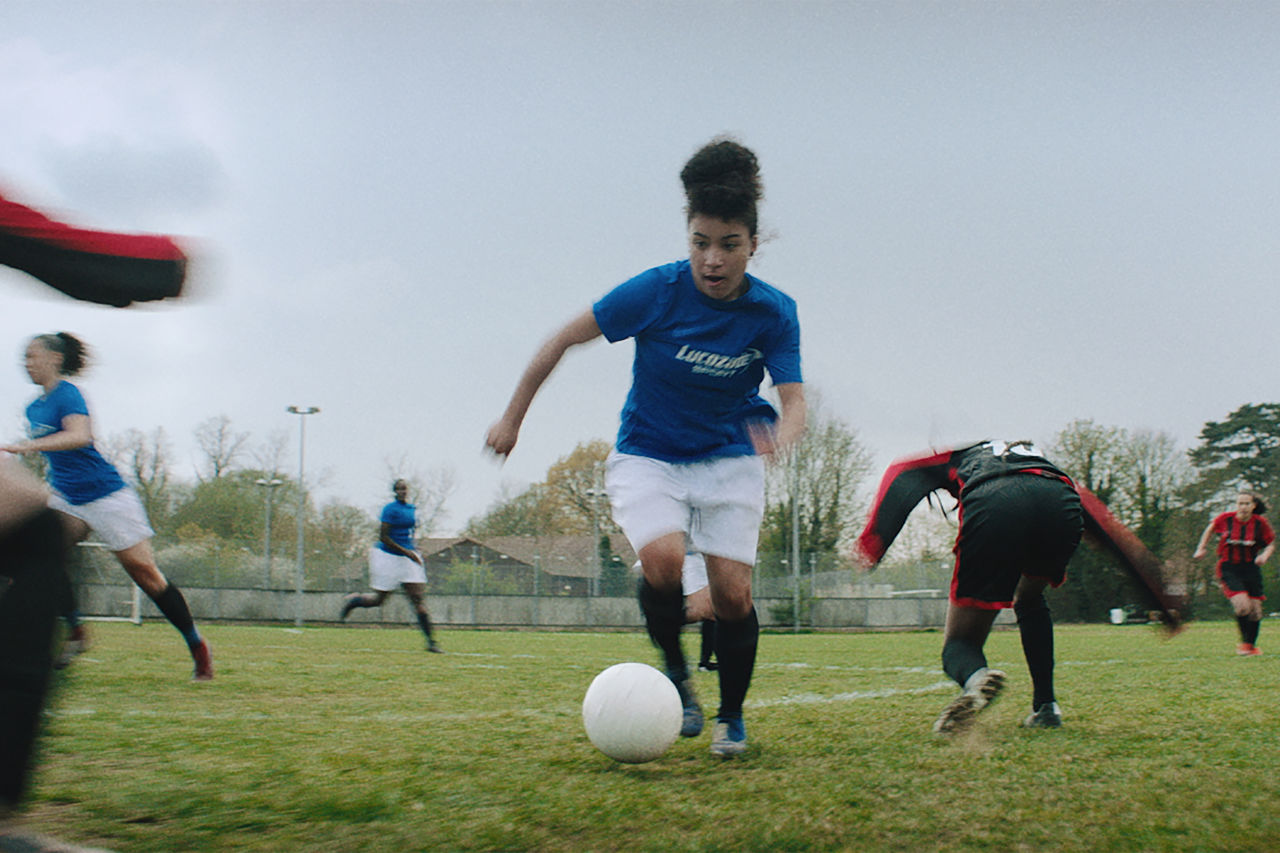 You've added to the song's lyrics; how challenging (and daunting) was it to tinker with one of English football's most celebrated anthems?

Of course it was always going to be daunting to re-write the words of a song that is so loved by fans, but the real power comes from the lyrics that have stayed the same: “years of hurt, never stopped us dreaming” is a particularly poignant line when applied to the struggles that the women’s game has faced.

This summer really feels like a tipping point for women’s football.

The tone of the spot is celebratory but also quite muted and thoughtful; what was this thinking behind that?

We didn’t want to just brush over the struggles that women’s football has faced for years, it was important that we recognised this but made a film that ultimately was positive and empowering. It’s a world cup year, and England actually have a chance to win it! 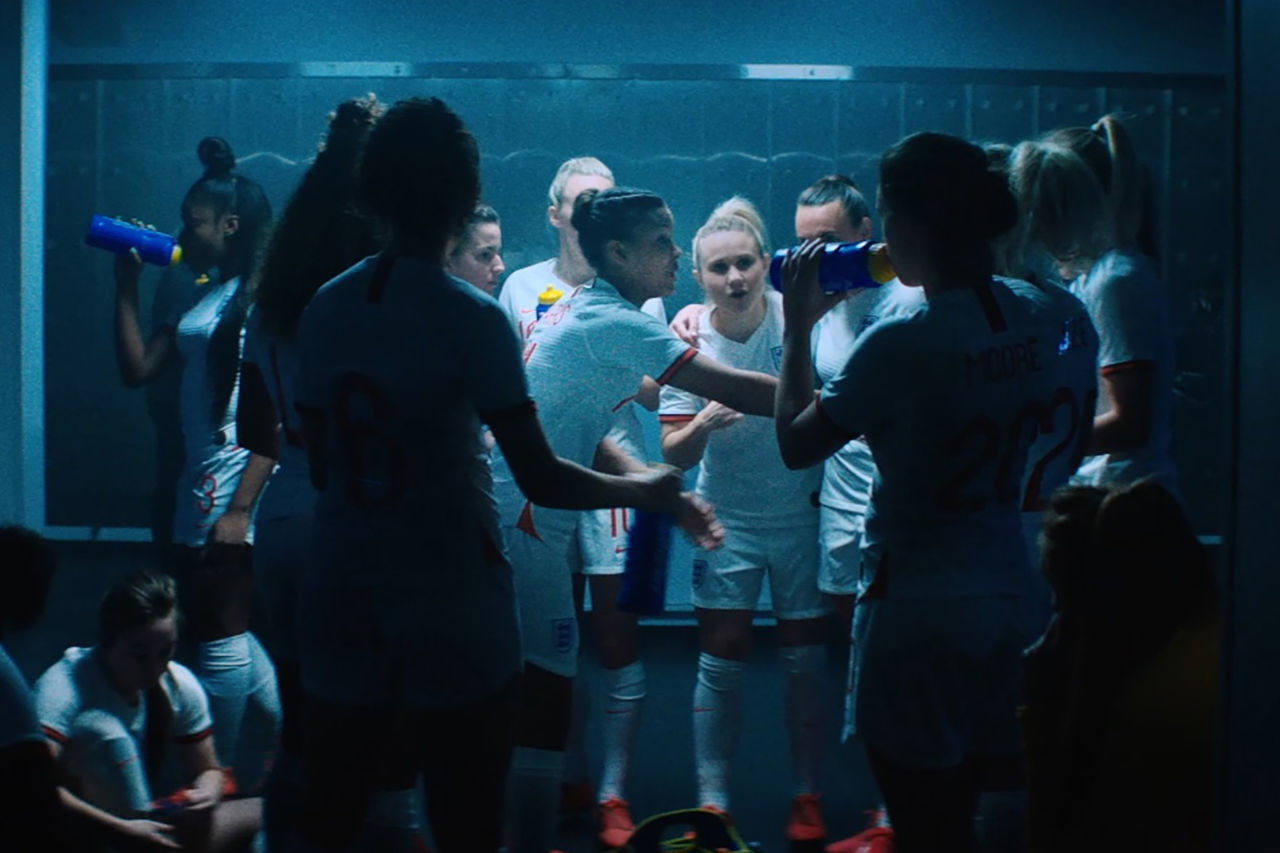 The women's game has taken huge strides in terms of popularity and recognition over the last few years; how did that fit into your thinking?

The added media attention and popularity is huge for the game. This summer really feels like a tipping point for women’s football.

Why was Jack Driscoll the best choice to direct this film?

Jack’s love for football was clear in his treatment and in meeting him we felt he could bring a real sense of authenticity and insight. He talked to us about his younger sister who had played the game, and when working through the script he was extremely collaborative. 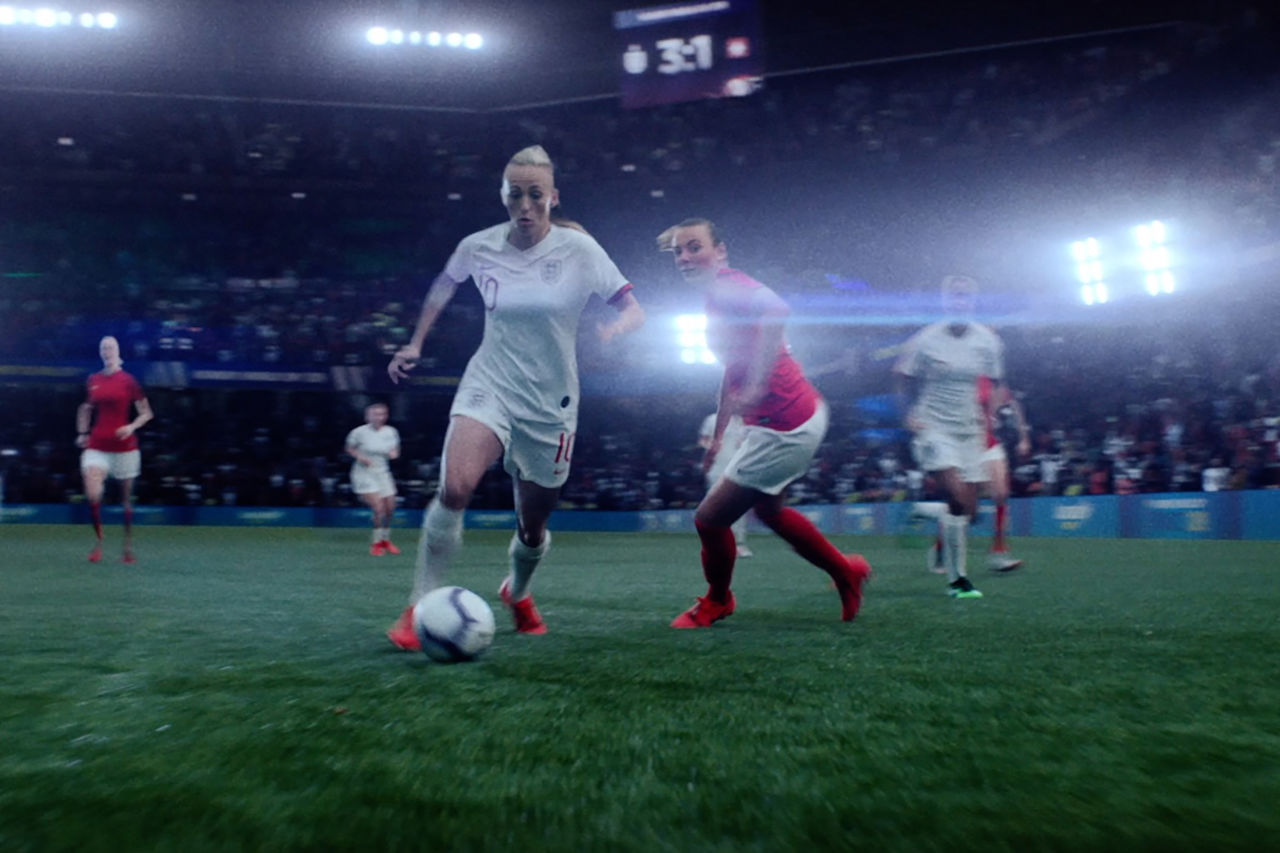 What was the most challenging aspect of this project?

Balancing the use of the song in the right way and being sure to feel authentic and positive.

Who's going to win the FIFA Women's World Cup? 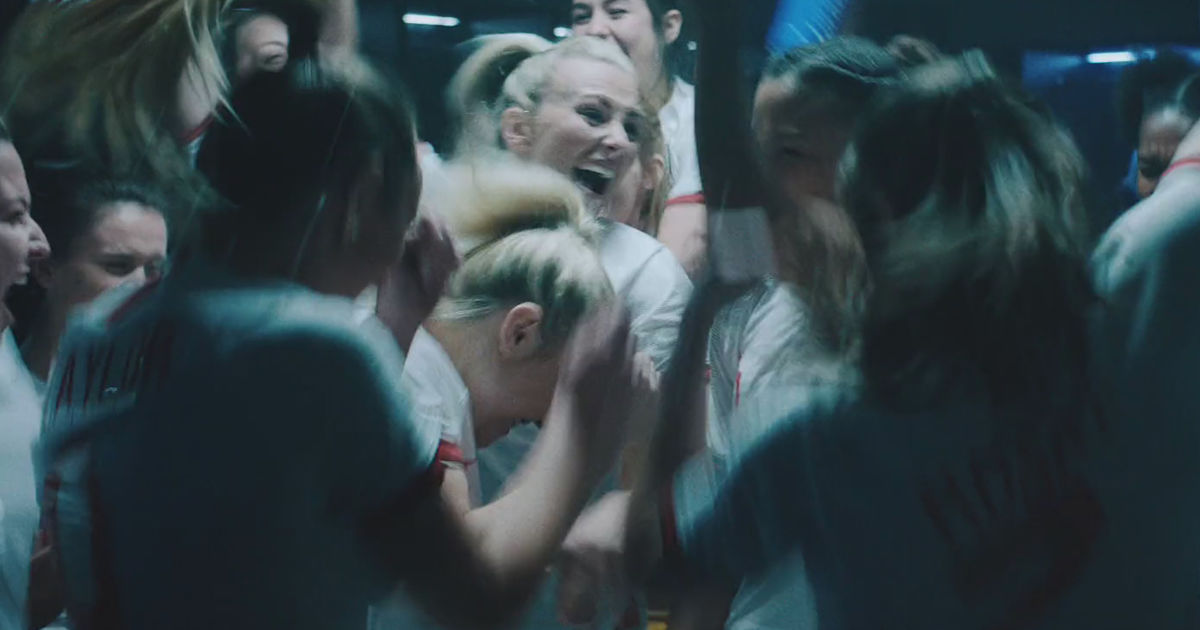 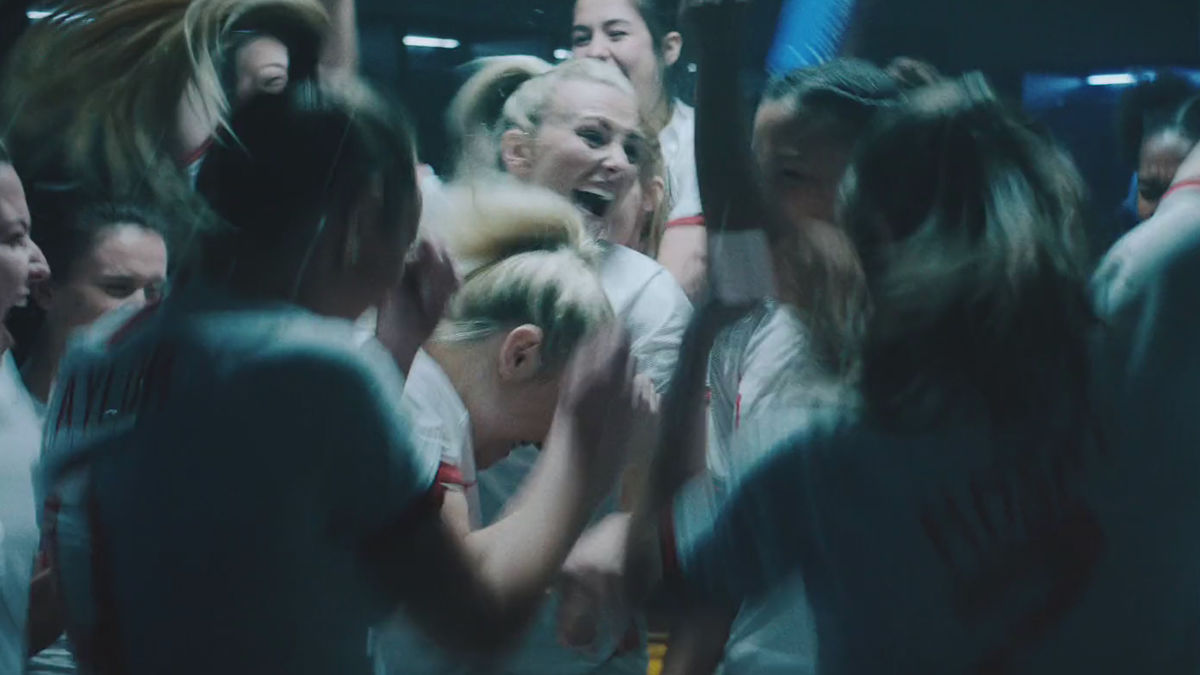