In a moving music video for The Psychedelic Birthday Party, the unsigned Amsterdam-based director tells a story of a father's desperate embrace to a world still containing his daughter. Conveying the dramatic emotional state of a man as he deals with the loss of his daughter, the film's powerful performances and delicate handling of subject matter belie the fact that this is actually the director's first foray into working with actors.

"My personal inspiration wasn't about the actual loss of life," notes Nijenhuis, "it was inspired by my own fear of losing my inner child when I grew up. Everyone can interpret the meaning of the film differently, but this was my own truth about letting go of something, you still want to hold on to.

Gorgeously shot by DOP Daan de Graaff, the film uses natural light and locations to juxtapose the supernatural air of its central theme. "We did a two-day shoot," explains Nijenhuis, "and all stayed at the location with drinks in order to shoot the next morning at 6am, for the sunrise. We were with 20 people on set who all felt like friends on a school trip." 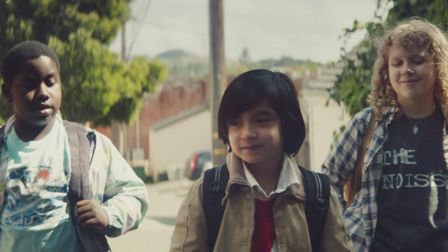