His first work is a hilarious new campaign for Hidden Valley Ranch.

His first work with RSA is a Hidden Valley Ranch campaign via McGarry Bowen, which delivers big laughs showing the extreme lengths people will go to enjoying every last drop of the popular salad dressing and dip. He is already directing his second project with the company, a branded film he wrote for Adobe inspired by a campaign from advertising agency, Pereira O’Dell.

Braff taps into longstanding success in film and television, including his indie hit feature film Garden State, a dramedy he wrote, directed and starred in with Natalie Portman and Peter Sarsgaard which became a cult sensation, and the award-winning TV sit-com Scrubs, which he starred in and directed multiple episodes of over its nine-year run. Other highlights include credits in front of the camera in The Disaster Artist, Inside Amy Schumer, Community, Arrested Development and BoJack Horseman (voicing himself). “When I first was approached to direct commercials, everyone liked my sense of humor but they also thought ‘because he’s an actor, maybe he’ll be a good celebrity wrangler,’” Braff relates. “My first commercial was a 2007 Dunkin’ Donuts spot with Naomi Campbell, and the client and agency wanted her to throw her shoe and break a window. But everyone was afraid to ask her. I just said to Naomi, ‘it’d be really funny if you took off your shoe and broke a window.’ She laughed and agreed.”

Braff went on to direct a few other commercials, including another Dunkin’ spot with Ace Frehley, then got caught up in a whirlwind of film and TV projects. But commercials were a discipline he enjoyed and he always hoped to reincorporate them into his repertoire. Cut to late 2018 when Braff was walking down La Peer Drive in West Hollywood and stopped in front of a building to admire its architecture. “I was taking in the décor because it’s totally my style – modern industrial. I started talking to someone who worked there, [executive producer] Chris Karabas, and I learned the building was RSA. Chris asked me if I ever direct commercials. And I said I literally have just been thinking about getting back into it. We hit it off and shortly after that I booked five spots with HVR and an Adobe film.”

“Aside from being a nice guy and a blast to work with, Zach is a filmmaker who is just as comfortable with dramatic storytelling as he is with comedy, so joining RSA seems to be the perfect fit for him,” Karabas comments.

Braff says nine years of serial television on Scrubs - with its big camera moves and set pieces for elaborate fantasy sequences - was perfect training for working fast and getting great results, which came in handy directing his latest campaign of 15-second spots. “For Hidden Valley, the client and agency were very collaborative,” he says. “I told them I was going to cast funny people so they could riff. In Shirt, when the girl licks the dressing off the guy’s sweater, that wasn’t supposed to happen. I kept the camera rolling and told them to go with it, so then the guy did it right back. :15s can be tricky, but we made them work by creating a fun environment where everyone was in a silly laughy mood.”

Braff, who was a PA at RSA in New York straight out of film school, says he has always admired the company. “Ridley, Tony and Jake were pioneers in commercials and music videos and the roster has always included some of the best of the best,” he says. “It’s something I knew back when I was PA-ing in 1997 up to when I met Chris in the street last year. I went from daydreaming of being at a top production company to being there.”

Music has also played an important role in Braff’s career. He won a Grammy for Best Compilation Soundtrack Album for Garden State, and starred on Broadway in the stage adaptation of Bullets Over Broadway. He’s directed music videos for Gavin DeGraw and Joshua Radin, along with Lazlo Bane’s Superman, the Scrubs theme song. Braff continues his work in entertainment and is currently casting a feature film. 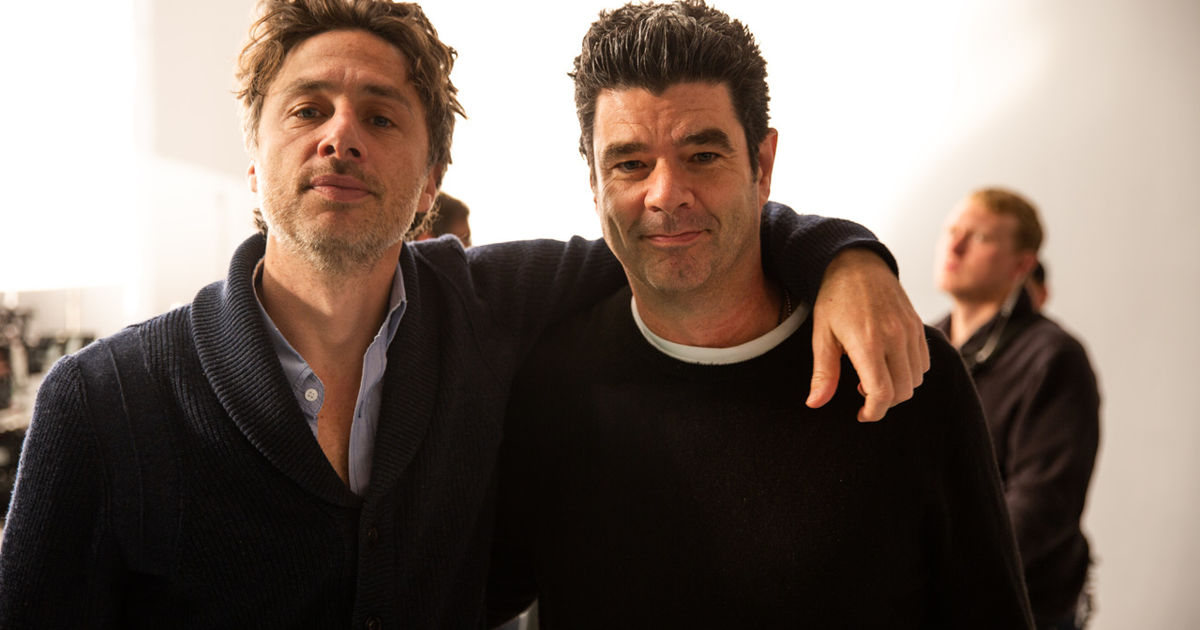