As ex-professional rugby players turned directors, brothers Michel and Nico Arribehaute have parlayed their sporting experience into stories of passion that transcend purely physical achievements. From Muay Thai to Irish football, Formula One to the Winter Olympics, their track record is enviable – and they’re now looking beyond the sports arena for new challenges.

From the heart-breaking to the jubilant, there were many memorable moments during this year’s UEFA European Championship.

For directing duo Michel and Nico Arribehaute, it was the sight (and sound) of hundreds of fans bellowing Sweet Caroline from the stands at Wembley – and the England squad bellowing it right back at them – as they celebrated their semi-final win over Denmark.

From its origins as the anthem for both Boston’s Red Sox baseball team and Birmingham football club Aston Villa, this was the year Neil Diamond’s 1969 hit became the unofficial soundtrack for English football – due in a small part to William Hill’s Brotherhood ad, which the brothers directed, and which has been ubiquitous on TV screens throughout the tournament.

“Obviously [Sweet Caroline] was sung in stadiums before, but the power of advertising means it’s become much more popular. It’s amazing that our commercial is part of this,” says Michel. 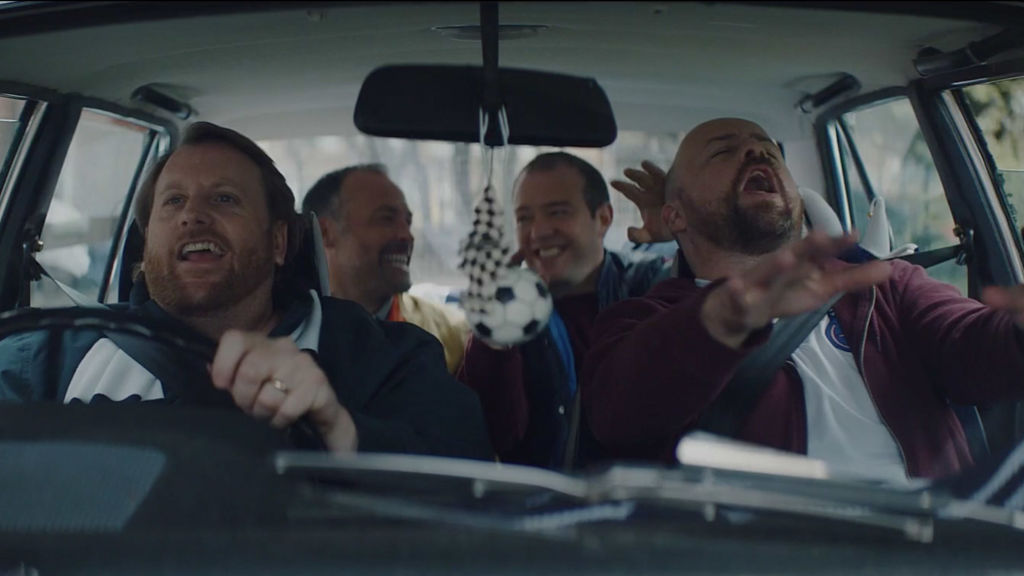 A joyous tribute to fandom in all its weird and wonderful guises – floodlit five-a-sides, shouting at the pub telly, betting slips, running down the platform dressed as a penguin – Brotherhood, while still set in the sporting universe, is a step on from the ‘pure’ sports campaigns and documentaries that dominate the Arribehautes’ reel. “In advertising, you’re always put into boxes,” sighs Michel. “Obviously we love sport – we are sportspeople ourselves, we come from a sporting background – but that’s not all we do. We love comedy and narrative, too.”

The sporting background Michel refers to – which led to their big break in the world of directing – was rugby: both brothers played for their hometown of Biarritz in the rugby-loving South of France. When injuries put paid to their professional careers, they took up alternatives: Michel went into social work, Nico into architecture. It wasn’t until several years later that their sporting legacy collided with their aspirations to become filmmakers.

Obviously we love sport – we are sportspeople ourselves, we come from a sporting background – but that’s not all we do. We love comedy and narrative, too.

They’d been messing around with “shitty little camcorders”, sharing footage of their mates, when they started getting serious Facebook traction. “I realised that if we could make something that had exactly the same vibes but with famous people, it could be a real success,” says Nico.

Naturally, thoughts turned to their ex-teammates – and after approaching Serge Blanco, president of Biarritz Olympique, they started following and filming the team throughout the Euro championships. Their unfiltered, access-all-areas approach was a hit with the fans, and it wasn’t long before the likes of Orange and Red Bull got in touch to commission content pieces. Fast forward five years, and the brothers had quit their day jobs and were making short documentaries for Eurosport and other French channels. 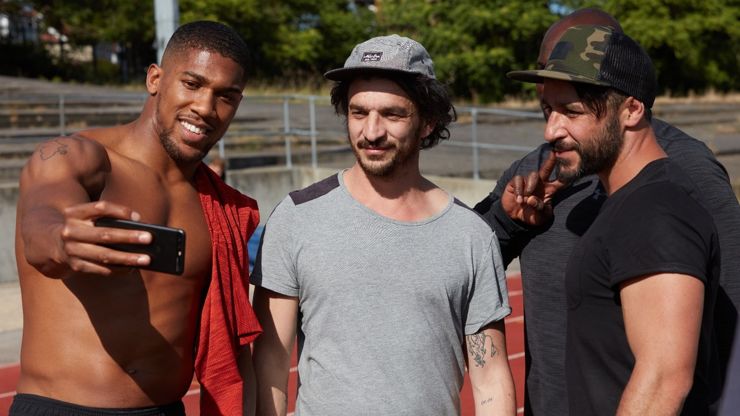 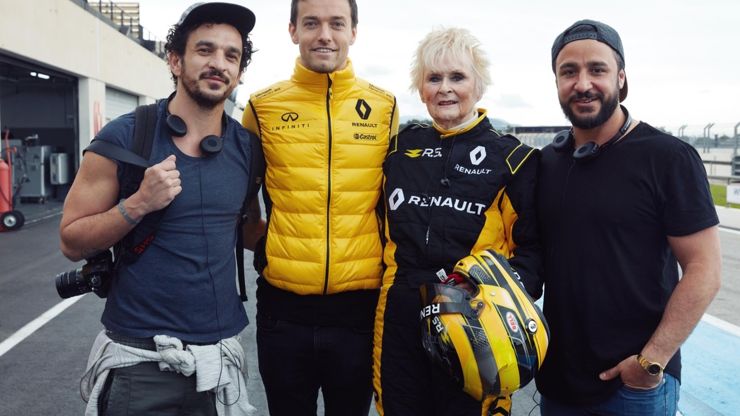 They might have continued in this vein indefinitely, but for a lightning-bolt moment: Martin de Thurah’s Rule Yourself spot for Under Armour, starring Michael Phelps. “That really changed the way we thought about advertising,” remembers Michel. “We loved the passion, the humanity, the way it portrayed him. And we thought: that’s exactly what we want to do. But how?”

That’s exactly what we want to do. But how?

The answer was hard graft. They spent hours trawling Vimeo, researching sports brands, and reaching out to established directors and production companies (with a little help from Google Translate, admits Michel).

As luck would have it, shortly after meeting with Believe Media, a script for Gillette, starring British and Irish Lions rugby player George North, came in from Grey London. The Arribehautes, with their rugby background, were a shoo-in for the job. As self-taught directors who’d never worked with a professional crew, however, filming was “a crazy experience”, says Michel: “The relationship with the talent felt easy and natural – what we struggled with was working out what everyone else did!” Not knowing what a PPM was didn’t hold them back: the brothers’ knack for storytelling resulted in The Honest Player, an emotional journey through the Lions’ history overlaid with a rousing speech by former Scotland rugby coach, Jim Telfer, which picked up a Young Director Award.

Jobs for Sky Sports (Be Inside The Game), Lucozade (The Next Move, featuring boxer Anthony Joshua) and Renault (The Ultimate Test Drive) soon followed, and just over a year later, they got the call they’d been dreaming of from the Droga5 New York/Under Armour team, to direct the new Will Makes Us Family campaign. “When you really want something, the universe works to help you,” laughs Michel. Sky Sports – Be Inside the Game Lucozade – The Next Move 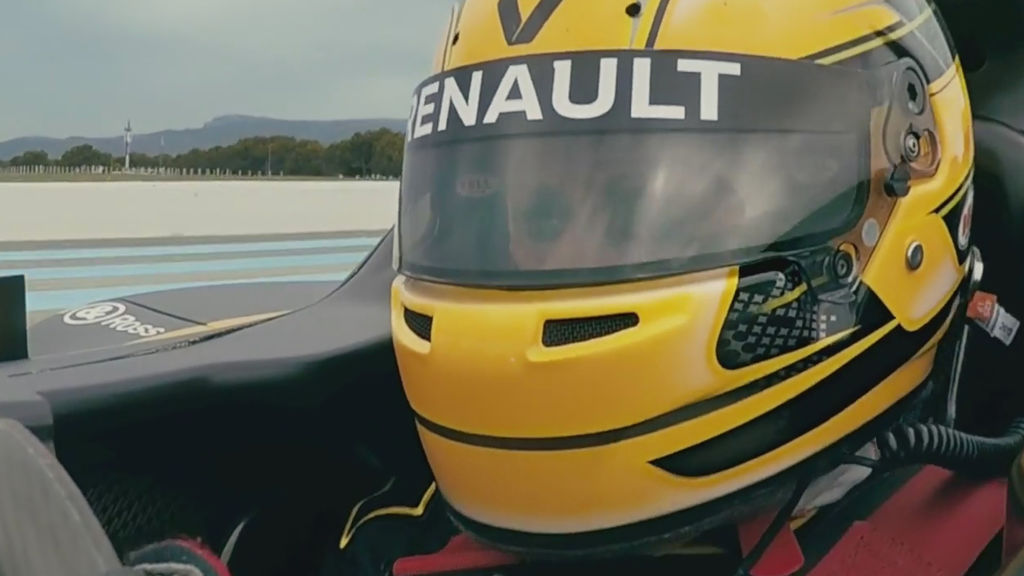 Karmic assistance or not, the brothers agree that having a personal sporting background has benefitted their new career in more ways than one. As well as a strong work ethic (“As directors, we prepare, we train, we try, we miss, we succeed: it’s the same process as for rugby”) and competitive streak (“We love winning; it’s in our blood – we just have new teams to compete against now”), it’s given them valuable insight into the specific challenges faced by athletes, building trust with the talent and bringing an authenticity and intimacy to their work.

We understand the locker rooms; we understand what happens after defeat and after injury – after all, we’ve been injured ourselves.

“We understand the locker rooms; we understand what happens after defeat and after injury – after all, we’ve been injured ourselves,” points out Michel. Rugby might have been their gateway sport, but they’ve proved themselves equally at home capturing the essence of worlds as diverse as Formula One racing, Muay Thai boxing, Irish football and obscure winter Olympic sports.

Above all, it’s the human narrative that drives them as directors, says Nico: the emotion and drive behind the physical achievements and impressive musculature. “If it’s a story about passion, we can tell it – it doesn’t have to be about an athlete, it could be a singer, a dancer…” adds Michel. Part of the reason for joining Merman, whom they signed with earlier this year, was the opportunity to explore formats other than advertising, such as TV dramas and features, and themes that aren’t “directly about sport, but are still connected to that universe”.

Michel + Nico – Anything For Love 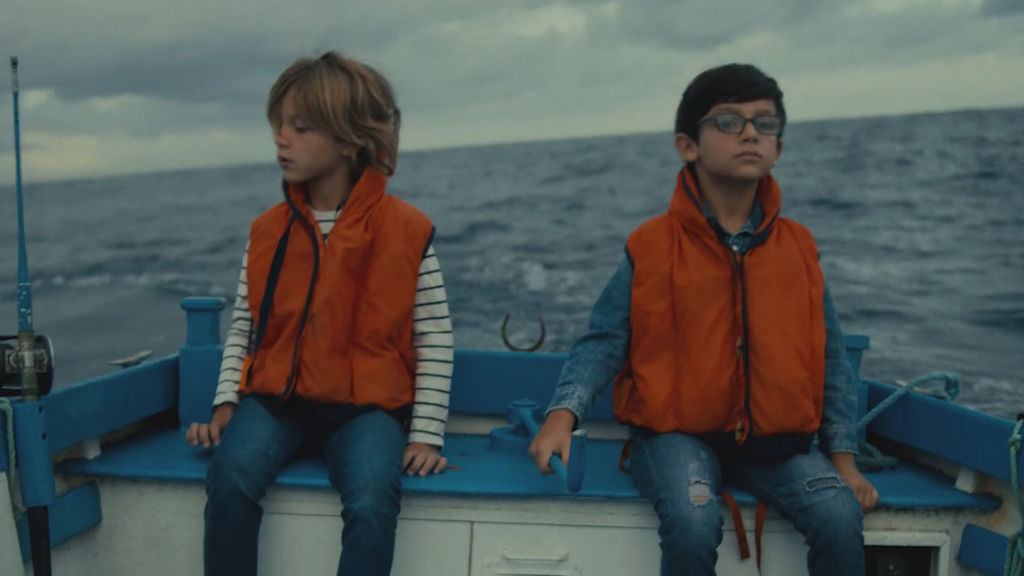 As Michel wryly points out, “in advertising, you always need to prove you can make it before you get the job”. Anything For Love, their latest short film, was a flag in the sand, proof of what they could do when allowed to stray outside their lane.  Filmed during lockdown last year, it follows the directors’ young sons, who were challenged to put down their screens for a month, capturing the visceral joy of a childhood spent running wild in nature.

In advertising, you always need to prove you can make it before you get the job

While hoping the film’s success will open doors to other genres of filmmaking, the brothers nonetheless continue to play happily within the sports world: upcoming projects on the slate include a campaign centred around the Winter Olympics for Royal Bank of Canada, as well as for one for Renault with Gallic charmer and ex-Arsenal striker Thierry Henry [pictured in the article header].

The ultimate goal for any sports specialist filmmaker, of course, is to score a job for Nike, a brand the Arribehautes have admired ever since the epic heaven-and-hell clash depicted in 1996’s Good vs Evil. They’ve pitched on a few jobs, including a spot for the 2018 FIFA World Cup in Russia, and remain confident that the stars will eventually align.

“We need to be fully focused and available, and it needs to be the best script. Then it will come,” concludes Michel.

The Way I See It: Phil Lee

Now creative director at BAFTA and Emmy-nominated creative community, Untold Studios, Phil was previously video commissioner at XL Recordings, where he spent 21 years helping to create award-winning visuals for stars including Adele, Radiohead, M.I.A and FKA Twigs. Here he shares his thoughts on litter, long service and living in the moment.

In the last of our focusses on 2021's YDA winners, Vincent Gibaud discusses his Gold Screen win in the Animation category for his haunting short, Two Nightmares in My Story, for Face à l’Inceste.

YDA-winner Christian Schilling on visualising the power of friendship

Christian Schilling's spec spot for Duracell picked up a gold trophy at the YDA 2021. Here he discusses how his mother's music box, a dip in a white-water river and – possibly – Forrest Gump all contributed to the making of his epic film.

How David Dearlove made the YDA laugh

David Dearlove is a creative and an award-winning director who won a Gold Screen in Best Use of Humour at this year's Young Director Award for his brilliant parody of short film tropes. Here, he talks about why he made his film and why a farmer's field isn't as cheap to use as you might think. 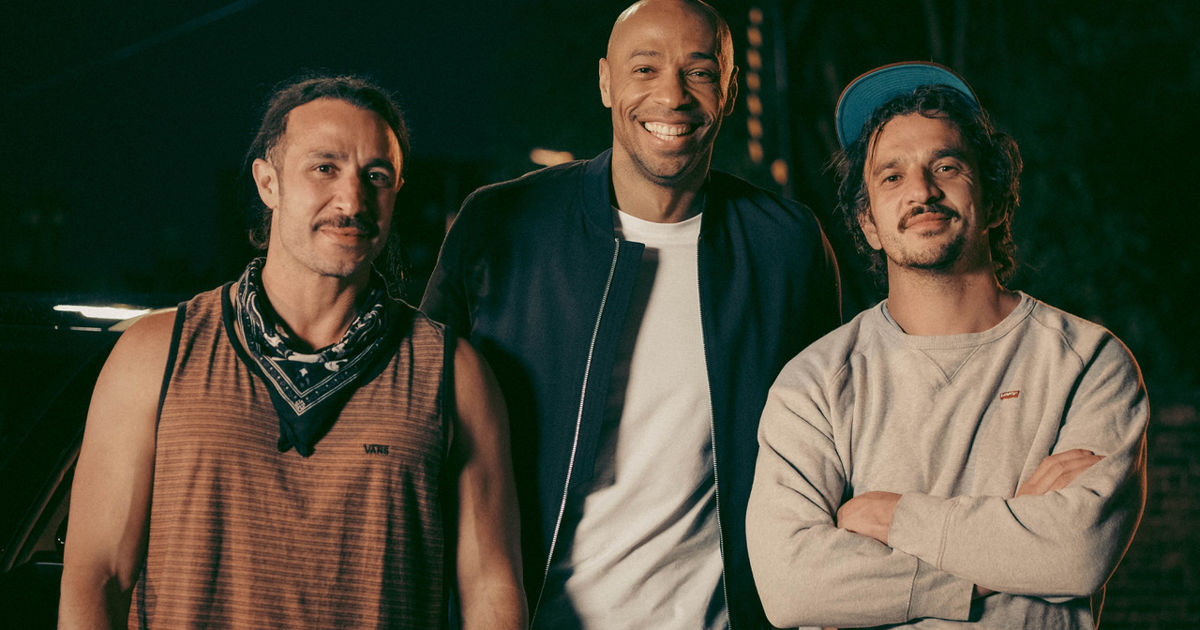