The last film in a three-part series Life in the League features NBA player Ivica Zubac.

The film is the last in a documentary-style series called Life in the League, which aims to give fans insights into the players’ lives and who they are off the court.

Part of a Lexus-sponsored digital campaign, the film follows up two previous installments that focused on the lives of two other Clippers players, Terance Mann and Luke Kennard.

Directed by Travis Wood, the 90-second film explores the life of Ivica Zubac (No.40), his past experiences and the people who have helped him elevate his game. The film opens on Ivica talking about his love for basketball and how his life has transformed since he moved to the US to pursue a career in his beloved sport. The story quickly comes to life on screen thanks to the skillful animation created by Blue Cerberus. Adding a unique art style, the animation company further contributed to the light-heartedness of the films. 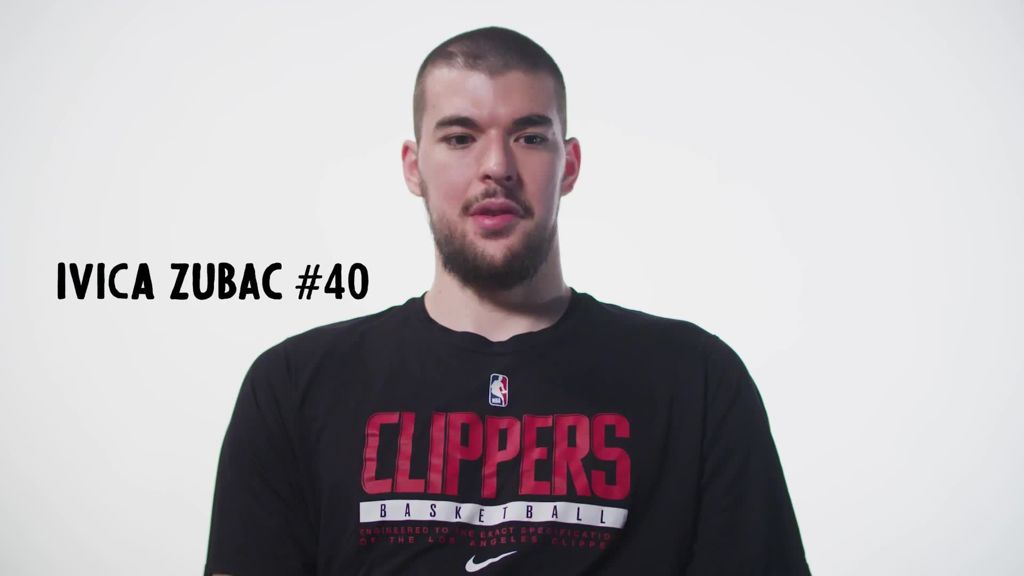 Due to Covid restrictions at the time, Farm League successfully pivoted towards a mixed media approach by combining live action and animation, whilst also focusing on audio elements. This hybrid method allowed the team to create a heightened portrayal of the players’ lives. By using live action, Farm League was able to ground the story and introduce the players, whilst also including footage of the city of Los Angeles and Clippers’ games, as well as the beautiful Lexus vehicles. The animated elements were used to re-enact and portray past experiences of players’ lives in an interesting and new way.

All three films were created over two months, with the shoot, animation, and post process for each individual film spanning across 10 days.

Travis Wood, Director at Farm League comments: “Creating content during COVID is always a unique experience! Due to regulations and the NBA's tight schedule we had limited time and access with the players, but luckily we were able to work with the team to execute a remote production despite the fact that our crew was scattered across different locations. As always, especially when working with athletes, time is the biggest challenge that we're up against. Luckily, once we landed on stories that we were excited to tell, the visuals came naturally.

When we read the brief and began developing the animation angle, we immediately thought of Dom Rabrun and his Black-Owned animation company called Blue Cerberus. Dom has a really unique style and a lot of experience working on animation projects that combine live action so it was a blast to work together.

During our research there were so many compelling stories we wanted to tell, but we tried to hone in on the stories that felt the most visual. We also wanted to be timely. For instance, when Terrance Maan told the story of how he'd held onto Rhondo's rookie card since he was a kid, we loved the story and knew we had to see it visualized. It was such a fun way to allow viewers to learn more about Terrance, as well as celebrate Rondo joining the LA Clippers.”

Tim Lynch, Founder and EP at Farm League comments: “We’ve worked with the Clippers in many ways over the years, in both live action lifestyle storytelling and on a documentary project which was released earlier this year. Many of our directors and staff are big basketball fans, so we’ve got a niche knowledge of the game and experience working with athletes that makes us a great partner for them. We collaborate easily with their in-house team, and we work closely with them to really dig in and brainstorm the best beats to showcase the players and fan base.

This particular project came about due to the extenuating circumstances of the last year. We were limited both in terms of stadium access and filming in Los Angeles, and in terms of player access. Travis Wood came to mind instantly as an interesting possibility to helm the next few films given his experience working with animation and mixed media, both of which seemed like perfect options to explore and to lighten our in-person production footprint.

This campaign is the perfect blend of what we like to do, sports, creative ideation, agile and unique production models, and working with incredible creators top to bottom.”