A mammoth recycling facility serves as the improbable backdrop for a fashion film featuring some of New York’s top models in Heatwave.

A mammoth recycling facility serves as the improbable backdrop for a fashion film featuring some of New York’s top models in Heatwave¸ a new short film directed by Grant Greenberg and produced by Derby for V Magazine and eyewear maker Oliver Peoples.

Celebrated runway models Elsa Hosk and Hannah Ferguson, rising fashion star Alton Mason and others sport the latest spring fashions while posing amongst the tons of glass, plastic, aluminum and paper being sorted at New York’s Sims Municipal Recycling Center in Sunset Park, Brooklyn. The purpose of the piece is to celebrate new Spring fashion from top designers while encouraging Americans to recycle. 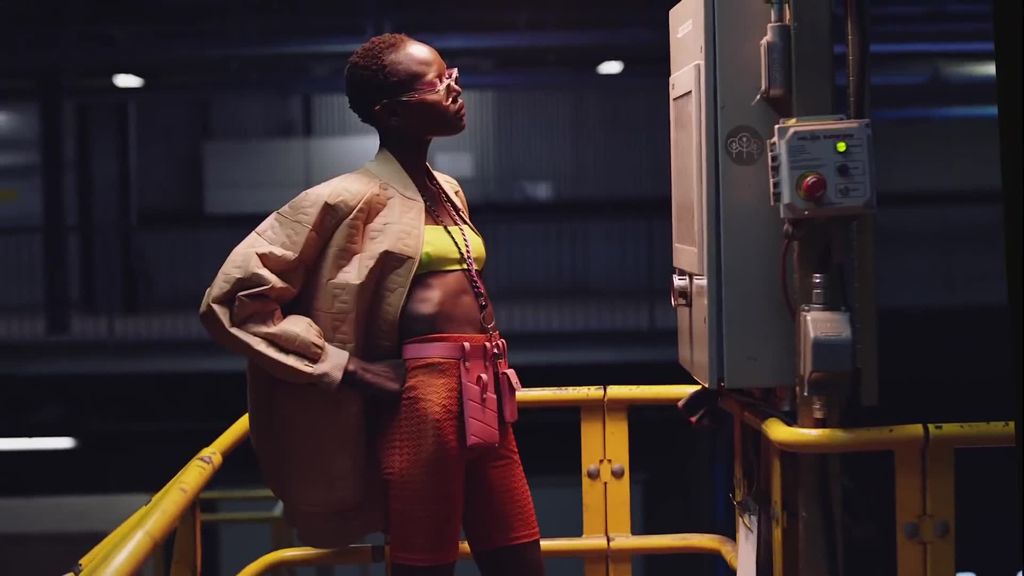 Set to Lizzo’s infectious pop anthem Juice, Heatwave was previewed at New York Fashion Week in February and is currently screening on the V Magazine website. In it, a dozen models arrive at the recycling center, don high-fashion clothing, shoes, make-up, accessories and eyewear, and dance between giant bales of recycled trash that are as colorful and eye-catching as a Jackson Pollock painting.

Greenberg, who spent a year developing the project, says the juxtaposition is meant to be startling. “The NYC recycling facility, which was designed by Annabelle Selldorf, has interesting planes and the recycling itself is surprisingly colorful once it’s been through the sorting process,” he says. “I thought it would make an amazing location for a fashion film. As I learned more about the work that they do there, it occurred to me that we could combine fashion with a message about recycling, and do it in a way that wasn’t didactic or hit you over the head. This is a film about people having fun and doing good in the world.”

The Ad Council introduced the team to Keep America Beautiful who came on as their non-profit partner. Making this project one of the only fashion films ever producer with a public service announcement message. 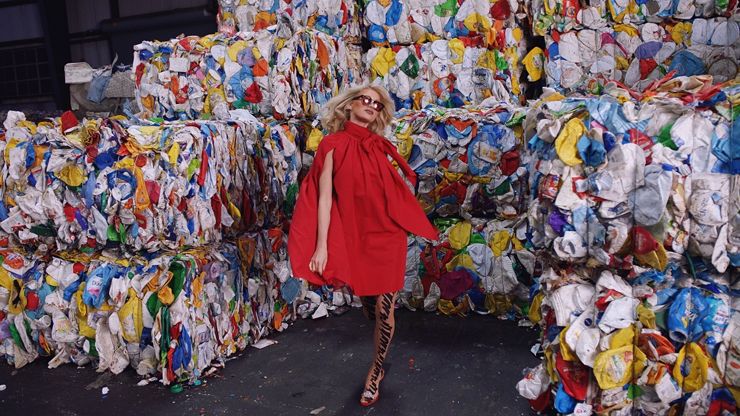 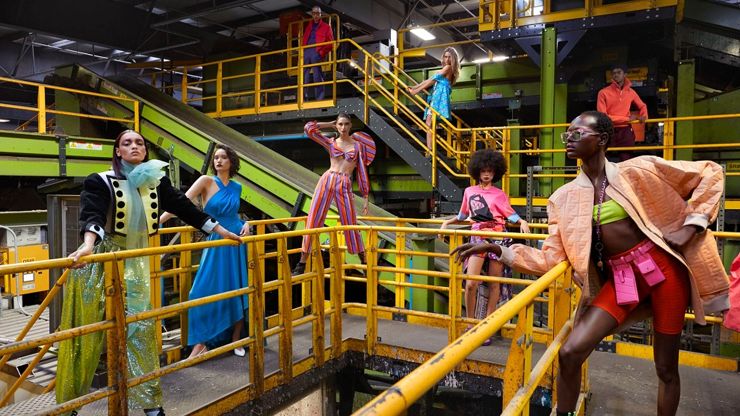 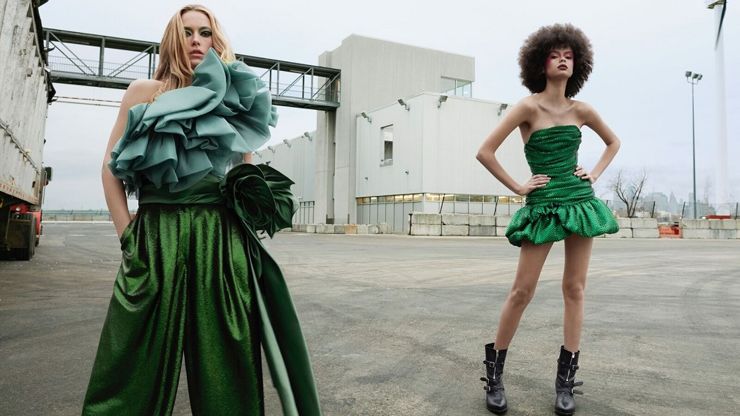 Derby’s production was a star-studded affair. In addition to convincing Lizzo to lend her hit song to the effort, the production company tapped MTV VMA award-winning choreographer Sherrie Silver (known for her work on Childish Gambino’s This Is America) to design the dance moves. French cinematographer Adrien Bertolle (Big House) was the DP and Kate Owen of WAX was the editor. The film was finished at The Mill with colorist Nick Metcalf. Other featured models in the diverse cast include Lameka Fox, Ajak Deng, Alexandra Agoston, Mona Matsouka, KeAndra Samone, Shanina Shaik, Xu and Zach Miko.

“Special people stepped forward to contribute in all aspects of this film,” says Derby executive producer Rebecca Niles. “The stars aligned and we were able to assemble all the people Grant wanted to work with from the talent to the choreographer to the post-production artists.”

Despite the lighthearted nature of the film, shooting in a massive industrial facility was challenging. Crew members were required to wear hard hats and safety clothing. When not on camera, the models, too, had to don hard hats and exchange their high heels for steel-toed boots. The facility was also unheated, meaning the talent had to perform dance routines in thin clothing with the temperature hovering near freezing. “It took very careful planning,” recalls Greenberg, who has previously directed fashion-related advertising for Chanel, Lancôme, Joe Fresh, Urban Decay, Biotherm and Swarovski, among others. “It was like a military operation from beginning to end. We had three AD’s on-set to ensure everyone was on schedule, focused and safe.”

In addition to hosting the film on its website, V Magazine is including an 8-page photo editorial in its print edition. “We’re all super-excited about the film,” says Greenberg. “Once we got a greenlight to shoot in the recycling facility, everything fell into place. Everyone believed in the concept, the message and the spirit of fun.” 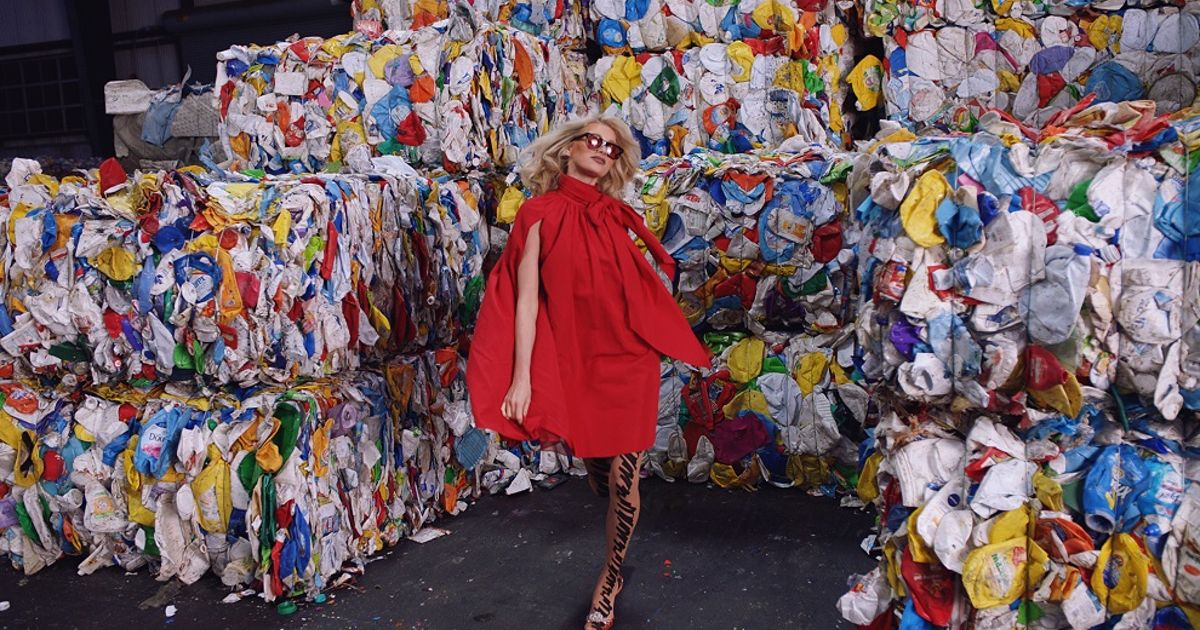 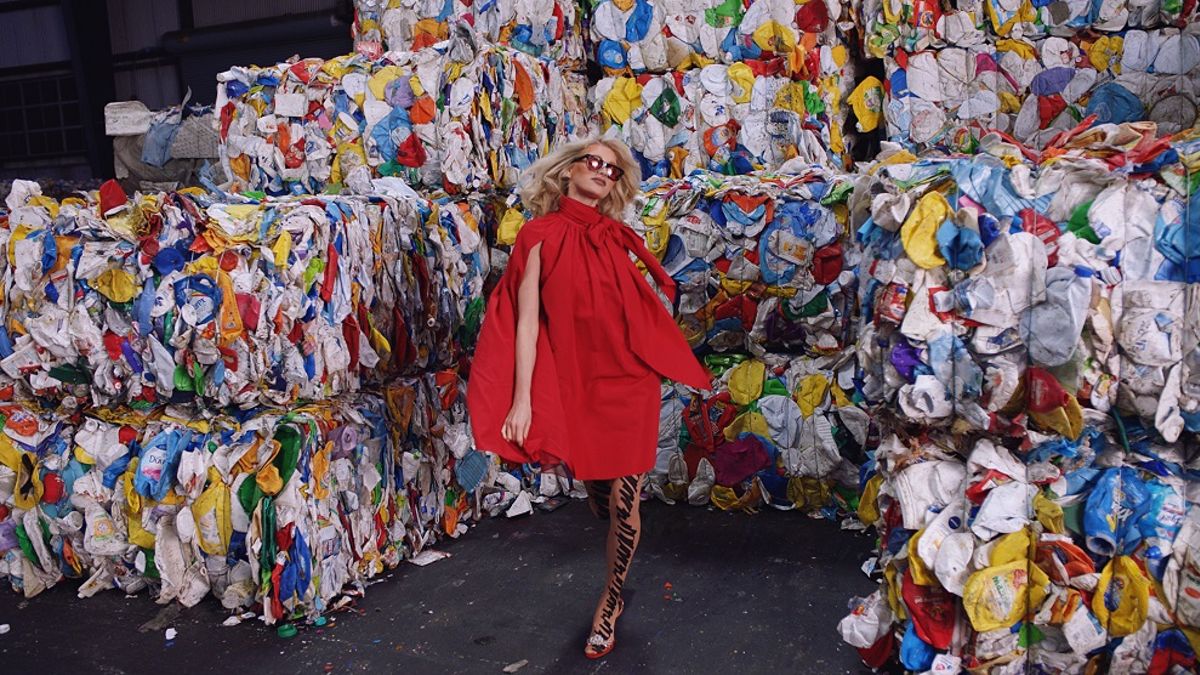