A young girl and a curious creature made from discarded cables form an unlikely friendship in Nexus Studio's playful animation for the refurbished device marketplace.

Back Market – The Monster 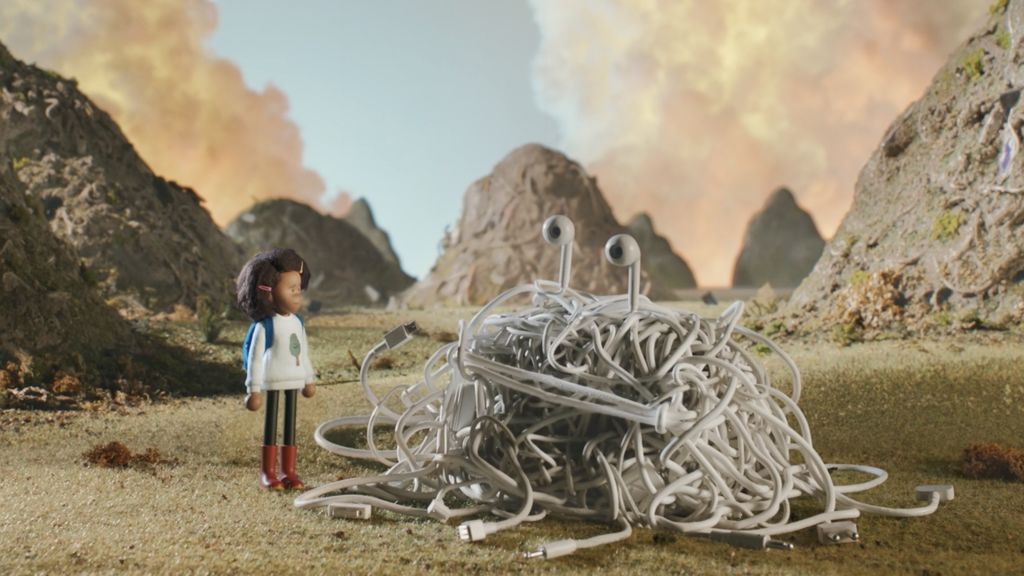 This touching animation, directed by Johnny Kelly through Nexus Studios, uses puppetry to highlight the impact of our insatiable desire for new technology, offering an environmentally friendly and regenerative alternative.

The film, titled The Monster, stars a protagonist who is simultaneously emotive and comedic with his jelly-like legs and chaotic energy. Made from a mass of tangled wires with headphones for eyes, his purpose is to mindlessly manufacture new technological devices.

A friendly young girl pleads with the Monster, explaining how the mass production of new devices is ruining the planet and suggesting he could instead regenerate old technology to reduce the impact on the planet.

As he discovers the power of recycling, the once-polluted backdrop fades away and the landscape blooms with flowers. The story was produced using a combination of over 20 traditional puppets, stop-motion and 2D compositing, seamlessly blending traditional and digital animation. 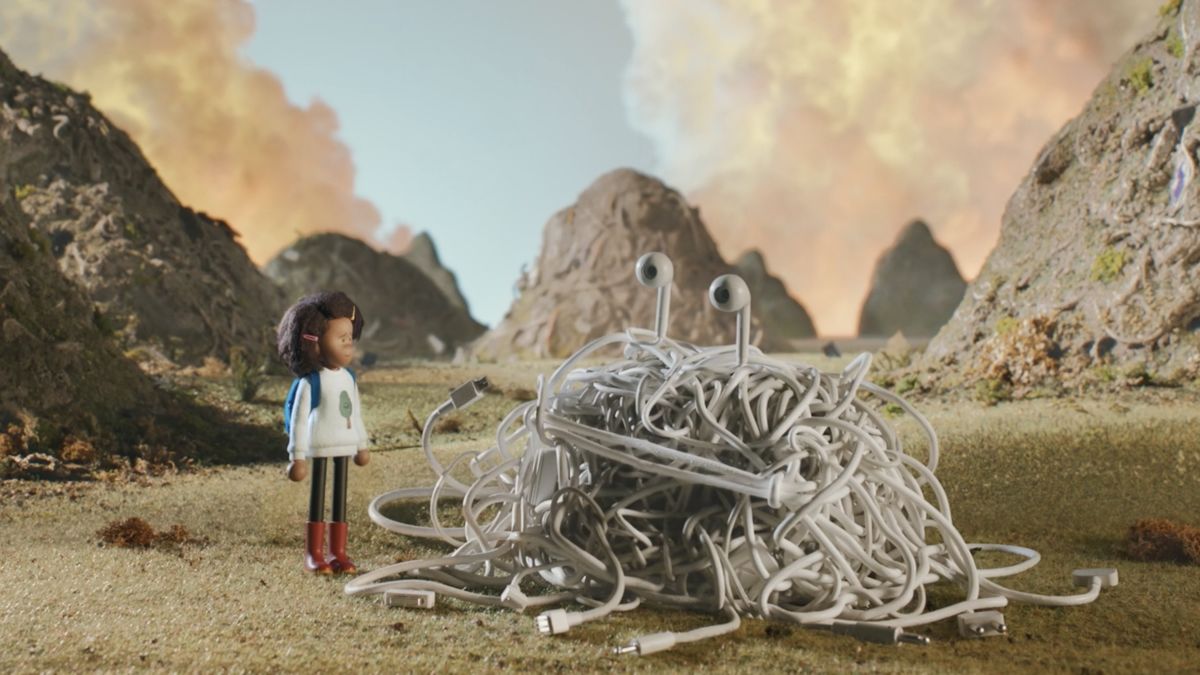