A new short film from Bold director Kate McMullen is a brilliant dive into the history of, and the myth surrounding, St George.

Today [April 23rd] is St George's Day, and the film, called The Real St George, features a series of people - from young to old - explaining who the real patron saint of England was, and how and why he came to prominence. Eschewing the various legends, including the fabled dragon - "just an 11th century add-on to the narrative" - the 100-second film is a fast-paced and clever examination of one of England's most enduring figures. 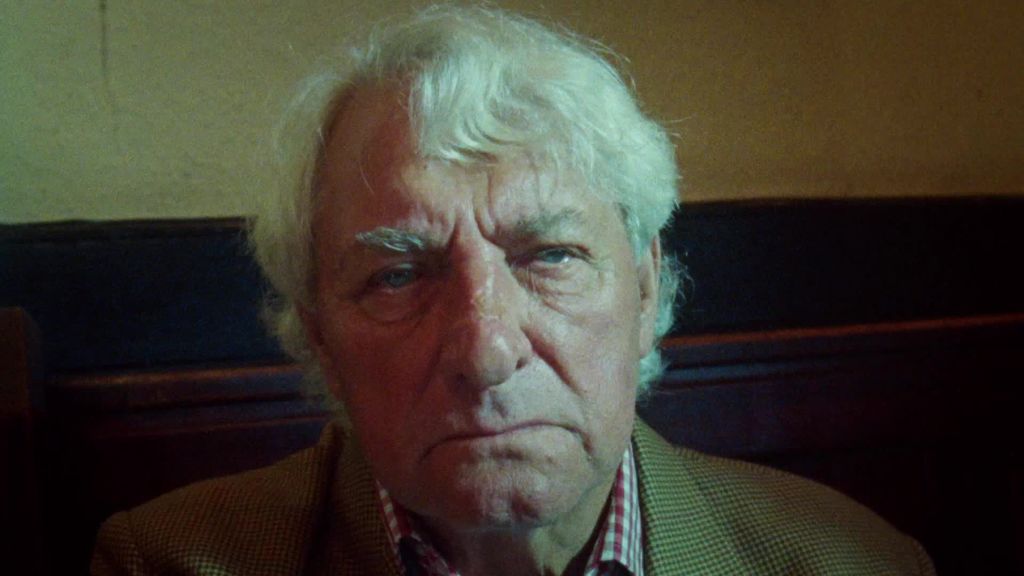 Below, McMullen, who studied history at Oxford university, discusses the film, why she wanted to make it, and why the erosion of trust is fertile ground for filmmakers.

Where did the idea for this film come from and why was it something you wanted to make?

I read an article about ‘the real St George’ and realised my face was surprised. Contrary to the familiar narrative, George was born in Turkey to a Greek father and Palestinian mother, an immigrant most of his life, a Praetorian Guard for the Roman Empire, persecuted for his 'strange middle Eastern beliefs'. I studied history at Oxford so I’m supposed to know these things, but I didn't and nor did my history geek mates. This tickled me. As often happens when I'm tickled, I started plotting a film. Bold loved the idea and wanted to help. A couple of months later, I found my bank account cowering under the bed, trembling with fear. I told him to snap out of it, lie back and think of England. We shot the film.

I found my bank account cowering under the bed, trembling with fear. I told him to snap out of it, lie back and think of England. Above: Director Kate McMullen on location for the St George shoot.

Do you have a particular interest in the story of St George or was it more about the multiple origin stories he has?

After Brexit, there was something healing about the multicultural St George. Maybe there is a bit of a window to redefine what Englishness means today, so it feels good to be adding our two pennies now.

Maybe there is a bit of a window to redefine what Englishness means today.

The film features an impressive cast of characters; can you tell us a bit about how you found them?

All thanks to casting director Hannah Simons and her secret ways. Most of the cast are actors who liked the script and were generous with their time. We were also excited to bring in London-born rappers Eerf Evil and Kwakzino, who dropped rhymes in a chicken shop on Hoxton Street. We had a lot of fun and they ate quite a lot of chicken.

You started shooting the film almost a year ago; how was it filming with the Covid-restrictions in place?

The gang at Bold do what only the best producers can do; make mountains into mole hills. The creative didn't suffer at all, nor did the mood on set. We wore masks. Nobody coughed. Casting on zoom was more difficult and something I hope doesn’t stick. 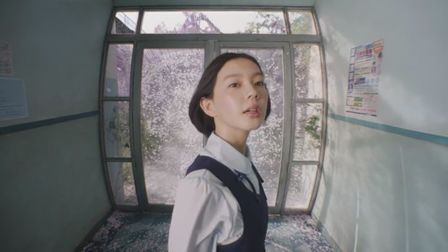 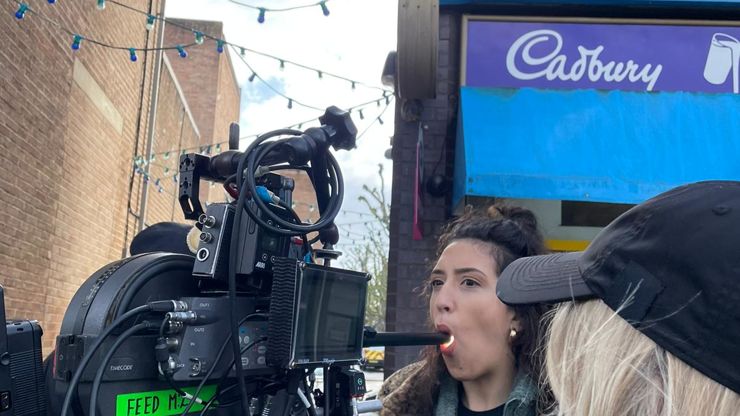 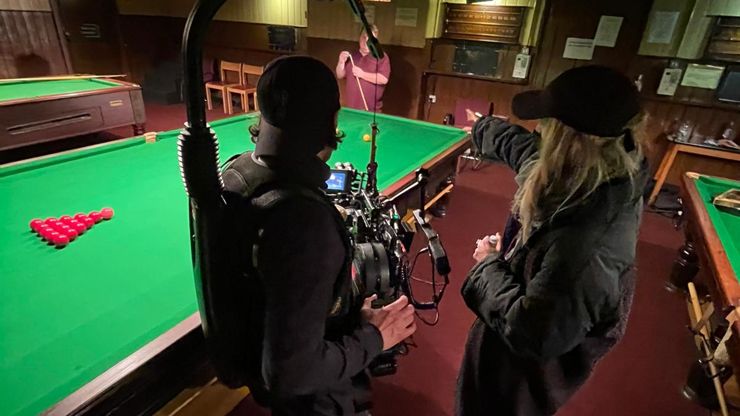 Above: Behind the scenes images from the shoot.

You decided the initial cut of the film wasn't quite right; can you explain your reasoning for that and what the approach was to fix it?

Our first shoot in July focused solely on seven characters. No, not dwarves, just normal people. At the time B-roll cutaways were a luxury we couldn’t afford, so the first cut featured those seven characters and not much else. The messaging worked, but Bold and I felt the film lacked a bit of scale and movement. So, we took two days in March to pick up some B-roll; things like statues, flags and, because everyone loves a non-sequitur, gobstoppers. Reopening the edit was like Christmas; lots to play with. The new cut has much more scope and energy, and there is a broader cultural dimension to the film now which is great.

We used the first 17 bars of the fourth movement, the March to the Scaffold, which builds beautifully and has real drama.

The music is an important part of the film; why did you decide that Berlioz’s Symphonie Fantastique was the right choice?

The music was an inspired suggestion from Paul Wauters, who was creative consultant on the project, and who has a knack for inspired suggestions. We used the first 17 bars of the fourth movement, the March to the Scaffold, which builds beautifully and has real drama. The melody’s simplicity made it the perfect canvas for a modern turbo-boost. Without touching Berlioz's original structure, Twenty Below Music worked with cinematic composer Gabriel Ness and production duo NOISE NETWORK to create a slow-building, electrifying tension. The drums and choral chants give the characters muscle, uniting them on their mission to reclaim the nation’s patron saint - particularly when heightened by Mike Bovill's sinewy sound design. I visited Berlioz's grave in Paris a few weeks ago, and saw distinct signs of turning, which is a good thing, surely. 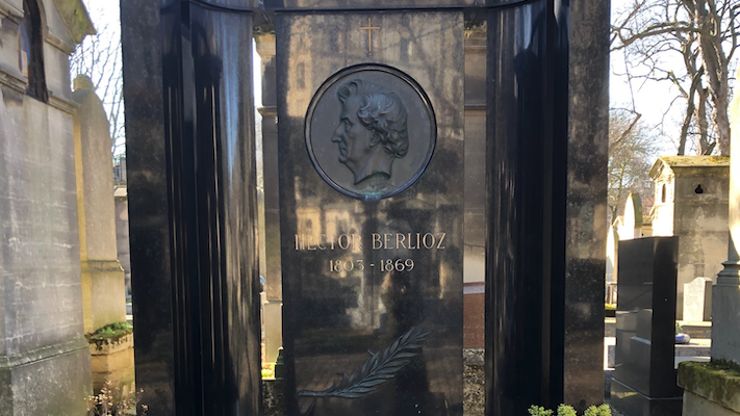 Above: An oozing hake was one challenged faced on the shoot, and composer Hector Berlioz's grave in Paris.

The dissemination of 'facts' is a very topical issue; is the erosion of trust something filmmakers should be more concerned with?

Most of us [filmmakers] are con artists, so seeing the word ‘trust’ in the same sentence is a little unnerving. But yes, the erosion of trust is one of the scarier developments of recent years. We don't know where it's heading, and as filmmakers from Adam Curtis to Charlie Brooker have shown, it can be fertile ground for creative film. With The Real St George, the message is simple; in today’s climate of fake news and divisive clickbait, the facts matter more than ever. When you dig deeper, you discover common ground. The ‘tabloid’ St George excluded many, but the facts unite us.

Most of us [filmmakers] are con artists, so seeing the word ‘trust’ in the same sentence is a little unnerving.

What was the biggest challenge you faced with creating this project?

A three-foot hake oozed fish juice into a certain producer’s car boot. And… shooting 16mm film was an exciting new challenge for me. It's not something I’ve done since my agency days when budget wasn’t as much of an issue. It meant we had to be as lean as a bean with our takes, and had very little room for improvising or alternative shots. In some ways it’s liberating to know you can’t exhaust your options, but there are always regrets.

It was an approach suggested by ever-motivated DoP, Ahmet Husseyin, who lent his Arri SR3 to the project. Ahmet knows 16mm inside out, and could shoot with his eyes closed, but luckily doesn’t, so we got some very good-looking shots out of it. We push-processed the 500T Kodak stock for a punchier colour palette and more distinctive look, which I love, especially since George K at Black Kite worked his magic on the grade.

What's next for you?

I'm just finishing up a short film about a German bull called Peter who got separated from his cows by the Iron Curtain in 1946. It's a true story (another total tickler) narrated by the inimitable Christoph Waltz.

How to make a magic hallway

Director Show Yanagisawa, a creative for Dentsu, Tokyo, took on the challenge of capturing magic in-camera for Pocari Sweat. 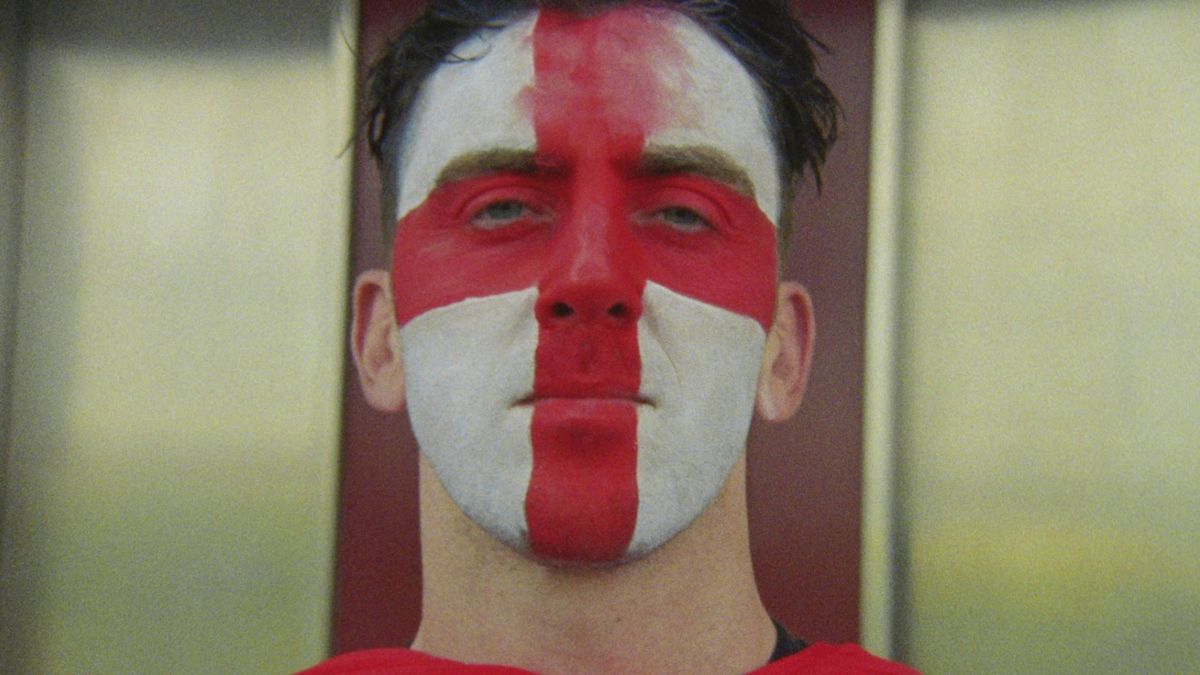