Having reached its Kickstarter target, the Alzheimer's aid project launches with a riotous & colourful virtual recreation of Coronation Day in 1953.

by Selena Schleh on 20th November 2017
This article was created before we re-designed shots – it may look a little strange or not have the same features as new articles. If you see something particularly wacky, please let us know on shots@extremereach.com
Share 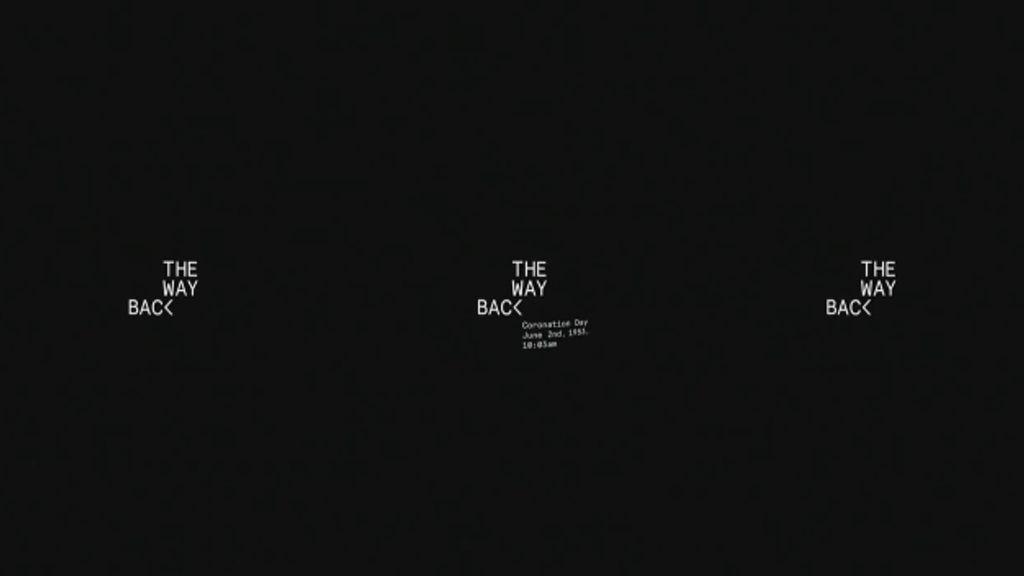 We first wrote about The Wayback, a pioneering project designed to help Alzheimer’s patients through VR immersion, back in February this year, when it was still at the fundraising stage.

Nine months later, having smashed their Kickstarter target of £35,000 in 35 days, the team behind the film - a trio of creatives from Grey London, in collaboration with Thomas Thomas, MPC, The Quarry and 750mph - are today launching the pilot episode, which takes viewers back to 2 June 1953, the day of Queen Elizabeth II’s Coronation, vividly recreating moments such as a family crowding round the black-and-white TV set, to a riotous street party, fancy-dress competitions, games and sing-a-longs. The resulting film, available to view via Google Cardboard and Samsung Gear, is rich in nostalgic details from the fish-paste sandwiches to a jaunty brass-band rendition of popular ditty The Lambeth Walk. shots caught up with Dan Cole, creative, Grey London and writer/director Kevin Thomas of Thomas Thomas Films, to chat about how they got the project off the ground, how dementia patients have reacted to the film, and the team's hopes for adding more films to the series.

Remind us how you came up with the idea for the project.

Dan Cole: Having had personal experience of Alzheimer’s in our families, we’d seen the value of reminiscing with old photos and music. Anything that can spark the persons memory and trigger a conversation is a good thing and lets you have your loved one back for a little longer. I’d found that the best virtual reality, things like Catatonic, are so immersive that they almost implant a memory. We thought this would be a very useful tool for others now living with Alzheimer’s. You raised funds for the pilot episode via Kickstarter. This was a deeply personal project for you and many others in the team - what was your reaction to hitting the target?

DC: The whole process of raising money for a deeply personal project was a roller coaster ride. You can only rely on friends and family for the first bit and £35k was a massive amount to raise. It involved countless phone calls and emails and tweets and some very generous people. But with 3 days to go we were still 10k short. On the last day we threw a really successful Wayback fundraiser and auction at Grey London, with everyone encouraged to dress from Wayback. We counted a lot of buckets of change that night! It still went right to the wire with the last pledge to take us over the target coming just minutes before the deadline. Trent, one of our exec. producers, boarded a plane to Australia not knowing if we’d reached our target it or not. He said it was the longest journey of his life! The pilot episode is set during a street party to celebrate the Queen’s 1953 coronation – what made you choose this particular event?

DC: It was around the right period for the age-group that we are looking to help. We were searching for moments that most people would have some recall of so a shared national moment seemed perfect. It was a positive occasion so most memories around it are also positive. A lot of the memories were actually of the fact that it was the first televised event of its kind, with many people remembering buying their first telly for the occasion or piling into a neighbour’s to watch it. This became an important and evocative part of the film.

Had you been involved in a VR/360 film before? What are the main differences/things to bear in mind during pre-production and production versus a regular film?

DC: A first for most of us. Try not to capture three-legged races using eight cameras in the round, which as MPC will attest to, was very tricky to stitch together. Ambisonic sound is so powerful here too, and thanks to 750mph, we were able to guide the viewer to points of interest and conversations that we wanted them to overhear. The street party was shot in north London – how did you go about finding a convincing 1950s-era location, especially given the rate of development in London?

Kevin Thomas: Finding something that was perfect in every direction was impossible. it was a question of finding the best we could, knowing that there will always be things that either needed to be painted out in post production, or hidden as best as we could with the art direction. there were obvious things, like one of the houses has a loft conversion which people just didn't do back then. then there was of course satellite dishes on many of the houses, most of which we covered with Union Jacks. road markings needed to be painted out. the attention to detail had to be precise to be credible. even little ornamental things people put in their windows had to be painted out where necessary because obviously we didn't have access to every house on the street. but overall the street still had the 50s vibe, like the lampposts for example. How did you approach casting? Were there many extras involved?

KT: Casting was really just the same as any job in that we had a story and we needed to find strong characters and good actors that could get the narrative across. The talent obviously worked for nothing, and many were keen because Alzheimer's is an illness that might have affected someone in their family. Others just did it because it's a good cause. We had loads more volunteers than we were expecting, and we also explored local dramatic clubs. Of course we wanted a brass band, which was a bit of a last-minute find and the guys learnt The Lambeth Walk the night before the shoot. The other thing that was tricky was the hairstyles - but we lucked out a bit, in that it seems fashionable with men right now to have a short back-and-sides, which is how they wore their hair back then as well.

How easy was it to strike a balance between a storyline that dementia sufferers could follow but was still capable of holding their attention?

DC: At first we were just looking for overheard moments that we would dip into. But then we began to form a narrative of chapters and wrote some loose words around each scene. That was where Kevin really stepped in and wrote a lovely, realistic and evocative script with just enough detail to keep our viewer watching. The script points out details that we want the viewer to notice, details that we hope will spark memories and conversations with their loved one and carers

You’ve trialled the experience with some care home residents and those with dementia – how have they responded?

DC: We’ve been consulting with Dr David Sheard, a leading dementia care expert, and he put us in touch with Huntingtdon Care home who we have been working with since the start. It was so good to see their reactions. We didn’t expect them to watch the whole 15 mins but they stayed engaged throughout. And then started telling us what they remembered about the day. It couldn’t have gone any better. The staff told us that one resident who was smiling, laughing and chatting along hadn’t displayed as much emotion since she’d moved into the home. They also see it as a useful tool for all elderly care not just for those with dementia.

Care-home patients react to the experience

What other historic events are you considering for the follow-up films?

DC: We’re looking at a film around the summer of 1966 and England’s World Cup win, another moment that will pinpoint a time and place. We’re also researching watching the Moon Landing which really seems to trigger memories for people. But we really need funding partners to help us recreate more memories.

The main use of VR at the moment seems to be entertainment – do you see that changing? What makes VR a unique medium for this sort of therapeutic project?

DC: For us, VR is a perfect addition to the existing forms of reminiscence therapy used today; photos, past objects and old music gives people living with dementia a handle to their past. Virtual Reality take this one step further by visually immersing someone in a relived moment in time. It helps people remember their past memories and feel the emotions that went with them. No other medium could offer people the opportunity to live in the moment, to go back in time and to just 'be' again.

Download The Wayback app for free here and to get involved with future fundraising, visit The Wayback site here.