by shots on 18th August 2016
Prev Post
Next Post
This article was created before we re-designed shots – it may look a little strange or not have the same features as new articles. If you see something particularly wacky, please let us know on shots@extremereach.com
Share
Prev 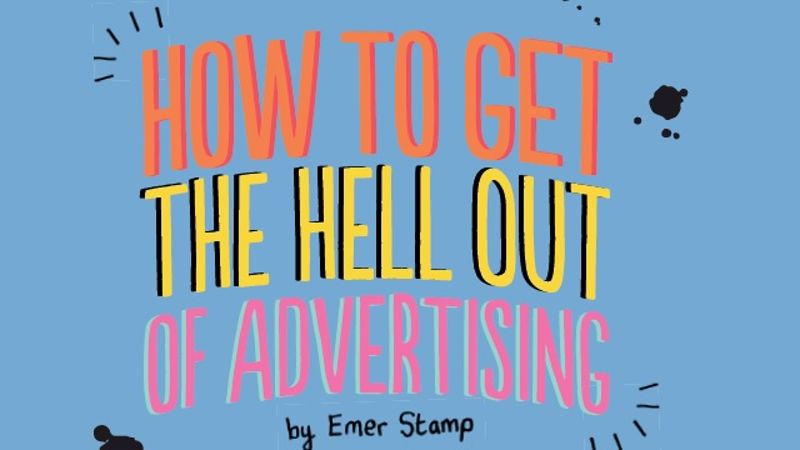 How to Get the Hell Out of Advertising 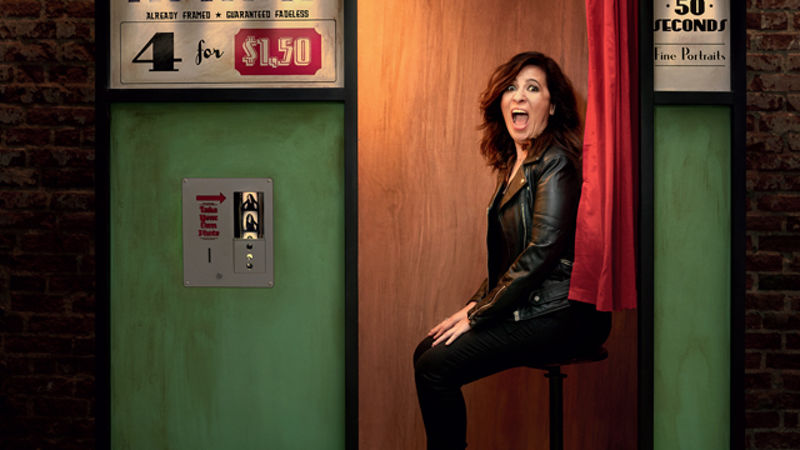 Q: How many surrealists does it take to change a light bulb? A: Fish. This is the sort of mindset you need to get into to fully appreciate the work of Chino Moya, an artist not afraid to place a man with a large egg on his back muttering “spices, spices” in a Drambuie spot. Olivia Atkins meets a director who takes a walk on the weird side when creating his inspired ads and promos

Spanish surrealist Salvador Dali once said, “No masterpiece was ever created by a lazy artist,” and Madrid-born director, Chino Moya, seems to hold this truth close to his heart. When we meet, he speaks enthusiastically about a side project, a photography book to be titled Monosodium Glutamate that depicts society’s down and dispossessed, positioned in iconic poses, like Francis Bacon’s The Screaming Pope. It’s a chance to “create a new reality,” he says, plus he’s using the project as a way to master the art of set design, learning from Richard Hudson, his long-term collaborator.

While he might be all about the hard work now, he wasn’t always, and confesses to being a bit of a party animal at school, when the techno music scene distracted him from nailing good grades. His burgeoning love of art house cinema and director-driven films began after watching Bergman’s Wild Strawberries at 17, but it wasn’t nurtured by his parents – his father was a sociology professor and his mother worked for the government – and foreign films were hard to come by in Spain. An art critic uncle, however, had an extensive VHS collection that Moya frequently rummaged through.

From wasted to wanted

Yet, film was still more of a hobby than a career, and he “wasted a lot of years” partying. But it was the party scene that eventually showed him a clear path. “I met a guy at a techno rave and we had a passionate conversation about film; he saw that I was really into it and knew about various indie directors so a few months later – when I was returning completely wasted from a long summer in Ibiza – he called. I’d literally just arrived back at my parent’s house, the phone rang and it was him, offering me work,” Moya recalls. And from there, he got his break – working initially on odd jobs, but progressing quickly to a regular runner for Spanish production companies.

Moya’s unusual advertising education included various film courses – firstly, a series of evening classes in Madrid, then three weeks in Cuba in 2000 at the International School of Cinema and TV, followed by a three month film production course in New York a year later. These provided him with practical experience and access to films he couldn’t get hold of in Spain.

Returning home, Moya was determined to put everything that he’d learnt overseas into practice. He secured a few jobs working on music videos and TVCs, which allowed him to experiment with style and figure out what sort of director he wanted to be. Of his works to date, his favourite is his 2012 commercial Extraordinary Bar for whisky liqueur, Drambuie. “I was given complete freedom,” he says. “I like the fact that I could visualise a world and the client wasn’t scared. They said ‘yes’ to everything.” The weird but strikingly, wonderful spot was shot in black and white, except for the liqueur, which retains its golden hue. Moya’s arresting use of composition, disproportion and bold concepts create the classically surreal landscape of dreams.

He says he’s a bit of a perfectionist. Creating another world is no easy feat and he enjoys the challenge of including details that augment a piece of work’s tone, no matter how laborious the process.  “Creating the world on set is the most important part of the job as well as realising what I want to do [with the production],” he says. “Sometimes I struggle even to find the right colour palette; it can be very frustrating. But there’s always a moment when it clicks and when it does, it’s amazing.” One of his most recognised works is a music video he did for US indie rocker St. Vincent, Digital Witness, which was picked up by the creative press. Speaking about the colourful promo, he says, “It was a very tight deadline so we decided not to look at any references. The look was quite different from anything we’d done before. It was the first time I have ever done that and I’ve never done it since… but as it was a futuristic style, I felt it was not as necessary [to look at past references].”

His signature style may not suit all brands, but for those that do decide to venture into Moya’s world, the choice pays dividends. Last year, he won a bronze Lion at Cannes for his TV spot Congratulations, for Thalidomide Victims Association. The dark film features victims clapping with their misshapen limbs, ironically ‘applauding’ pharmaceutical companies that have got out of paying compensation to sufferers of birth defects caused by their drugs.

Despite his successes, Moya admits he still gets career anxiety. “We all get anxious. The industry is very anxiety driven; whether you’re working too much or not working at all; you think your career isn’t going to do what you want it to.” Which is why he pursues his own projects – so he can retain creative control and continue to fashion his own alternative realities.

Though repped by Garlic in Spain, Black Dog in the UK and Hamlet in Belgium, Moya is based in London. He finds he spends the same amount of time commuting from here to Spain as he did when travelling between Madrid and Barcelona, where he was once repped. Brexit-permitting, he’ll continue to do so. He finds the UK’s working hours more regulated than at home (he likes overtime), but he relishes London’s competitive edge and enjoys the opportunities that arise from working in two markets. His end goal? To make a feature. “Not all of us can make the leap,” he says, “but I’m sure I’m going to make mine.” 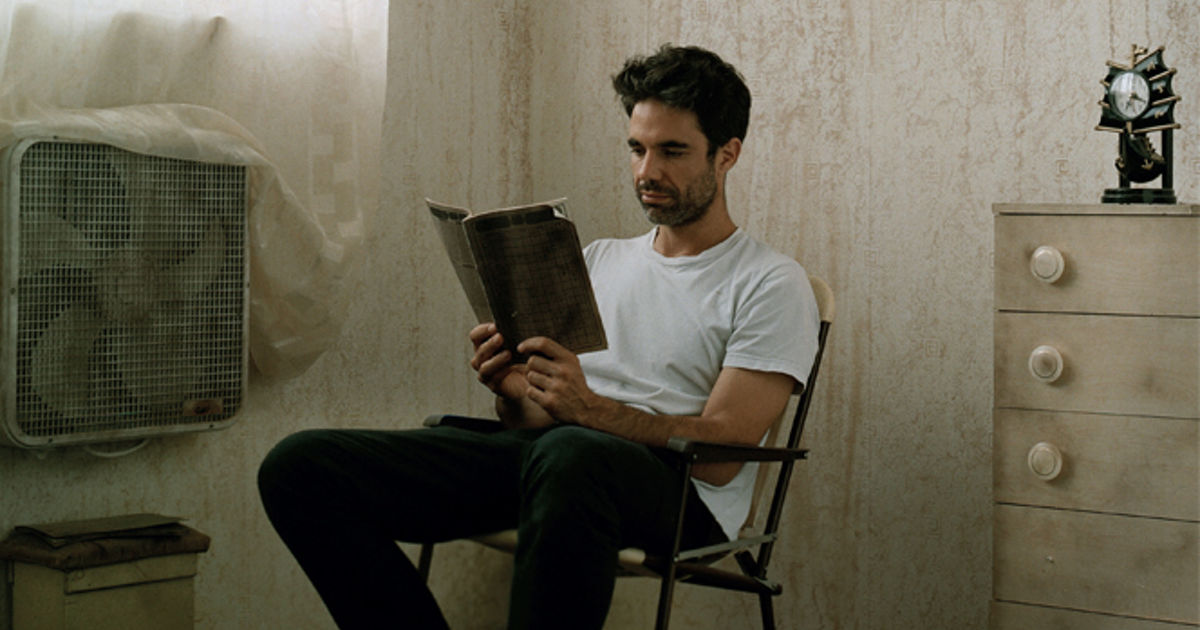 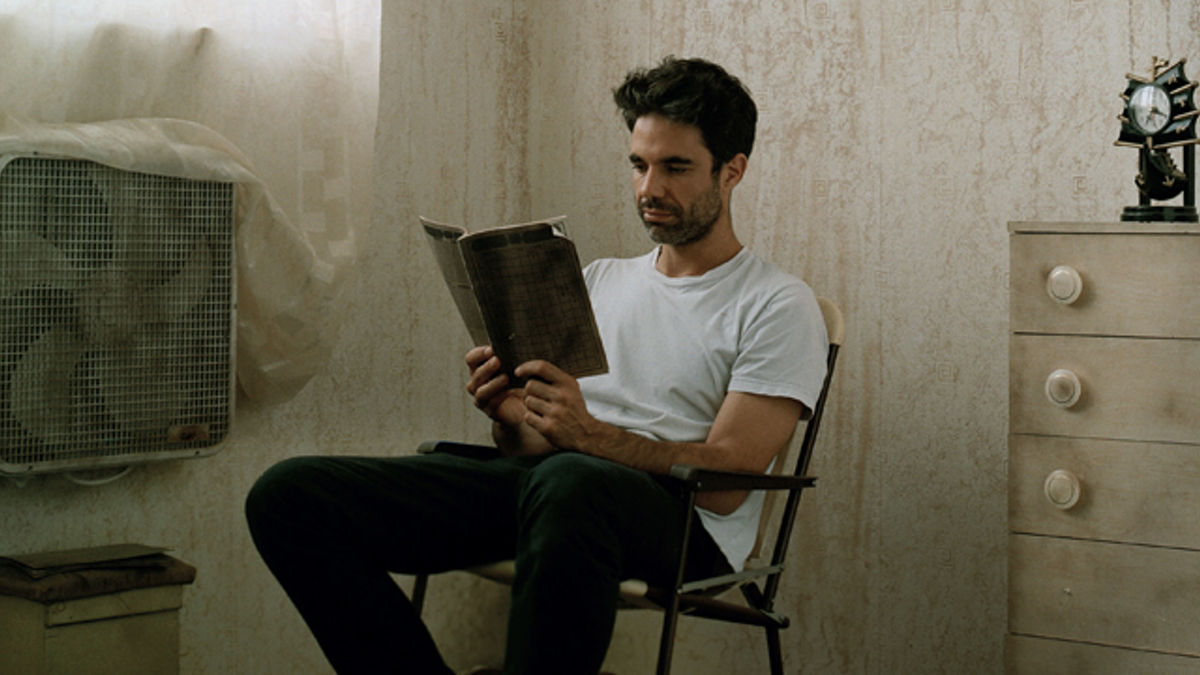