by Olivia Atkins on 6th April 2016
This article was created before we re-designed shots – it may look a little strange or not have the same features as new articles. If you see something particularly wacky, please let us know on shots@extremereach.com
Share

Ever wondered what lurks behind the walls of London's empty buildings? What secrets and stories are tucked away from the city's streets?

Introducing Listeners Project, an initiative that brings young filmmakers together to commemorate and celebrate the buildings before they're knocked down or redeveloped. Challenging four directors to create four films in just four days, the project is not for the faint-hearted.

But co-founders Ben Lambert and Natasha Coleman - who double up as the projects' respective creative director and executive producer - reassure shots that it's not just about working outside your comfort zone. They talk about the inspiration behind Listeners Project, how they make it work and encouraging creative experiments.

What is Listeners Project?

NC: Listeners Project is about taking a pause in spaces that are going to be knocked down or redeveloped; to honour and celebrate a building and creativity itself. It’s also about showcasing new talent and helping people climb the career ladder.

How did you start Listeners Project?

NC: We both come from creative backgrounds. I’m a documentary/charity film producer while Ben is an actor/writer/director. Our first project took place in 2014 in Clapton. We were moved when an old man died in the house he’d lived in his whole life and when we found out that the building was due to be redeveloped, we wanted to acknowledge the walls he’d lived in. We came up with the idea of giving four different rooms in the house to four different directors and asked each of them to make a short film within 24 hours. There’s something very powerful about creating a film in a short space of time – and it really proves how much can be achieved in a tight timeframe.

So how did it all kick off from that original project?

BL: After the first one, we put some loose dates in the diary and went through friends, councils and film councils for building recommendations. We landed three more jobs which just goes to show that when you put your mind to something and you have faith in it, there’s always a way. We always knew that we wanted to get others involved and use the space as a creative playground for their imaginations; to give them an opportunity to do something outside of the industry, outside of advertising and to not labour under any script, agency or client meeting; to have total freedom. We’ve done five projects and 20 short films in total – which comes to about four per year but of course, that changes according to what comes up. Some people seasonally clean their houses, we do a Listeners Project.

BL: Whenever we’ve been given access to a building, the walls are literally about to come down or it’s about to be sold. We often only have a few weeks to turn things around so we have to be quick in assembling the cast and crew. We try to team up-and-coming professionals with those that are already established and ideally, work with people in the local area.

Filming in Farringdon's Farmiloe Building, home to the Batman trilogy and Inception.

How do you find the directors to begin with?

NC: They come from all over the place. We talk about the project all the time and people discuss their experiences which brings more people through our doors. People describe our work ethic as a family, which I think is something that we’ve unintentionally cultivated. We’ve now built up a pool of contacts who want to return or get involved, so there’s a bit of a waiting list at the moment. We also go to short film festivals and meet people along the way.

BL: I think the 24-hour timeframe and the fact that nobody is getting paid means the hierarchy is immediately displaced, which allows for greater collaboration. I’m not suggesting the industry should be like Listeners Project but we can’t be like the industry – for some, that’s a breath of fresh air.

What’s challenging about the project?

BL: I think sometimes people can find the pressures of working under the timeframe difficult and some fear being out of their comfort zone and working in a different role to what they are used to. But that said, it’s a very rewarding experience. One guy that we worked with said that the project restored his faith in filmmaking, because here you can make anything that you want without the constraints of a financed project.

How do you finance the project?

NC: We work with developers and property owners across London who provide some of our funding. It means we can give our creatives a bit of a palette and cover the basics like lights, equipment and food – it makes it a bit easier.

Are there any requirements or stimuli that you give the directors?

BL: We assign them a room randomly – so that they can’t come in with a preconceived idea. Instead, they have to respond to the space that they’re given. We also always give them a quote or a poem as a jumping off point and a unifying theme for the films. For the first project, we had The Listeners poem by Walter de la Mare, hence the project’s name. It’s a beautifully simple poem that fits quite well with what the Listeners does.

You challenge all those involved on the project to create something in just 24 hours. How do you nurture a creative environment?

BL: It’s important to allow the filmmakers to experiment. There’s enough anxiety and fear around creation in general, so when we ask them to create something on a limited budget within 24 hours, we want them to feel supported, to take risks and to not worry about creating award-winning work. That said, we always have the audience in mind, because we make the films to be screened. Each director is also encouraged by the fact that there are three other directors working in different rooms in the same building so their films are part of a larger body of work.

How important is the screening part of the process?

NC: Extremely important! It brings people together. We make films in a location and then, a few weeks later everyone comes back to watch the films in the same space. It makes the experience immersive and the viewing a bit theatrical. We also invite other performers – poets, artists and musicians – to inerpret the walls in their own way and perform during the screening, which we feel adds another layer to the homage we pay to the building before it changes.

Tell us a bit about the production process, how long does it take from start to finish?

NC: Usually, it takes between five to six weeks, including the film’s screening. Conversations with property owners go on continuously but once they give us the go ahead, we have to be very flexible and go full speed at it. It usually requires two week’s prep and pre-production, one week of filming, one week of editing and the screening in the final week…it’s full-on but all part of the fun.

How would you like the project to develop further?

BL: I’d like the project to find more funding, so that we can provide more opportunities to filmmakers who might not otherwise get the chance to make a short film in such iconic locations.

NC: I’d love to see Listeners expand further. It would be amazing to work abroad - perhaps New York or Detroit. Like any creative venture, the hardest thing is to trust that it will work out, but we are not alone in thinking it’s an interesting project, and it’s got so much potential, so it’s exciting to think about what buildings we might be making films in this time next year.

Check out the all of the short films from Listeners Project here. 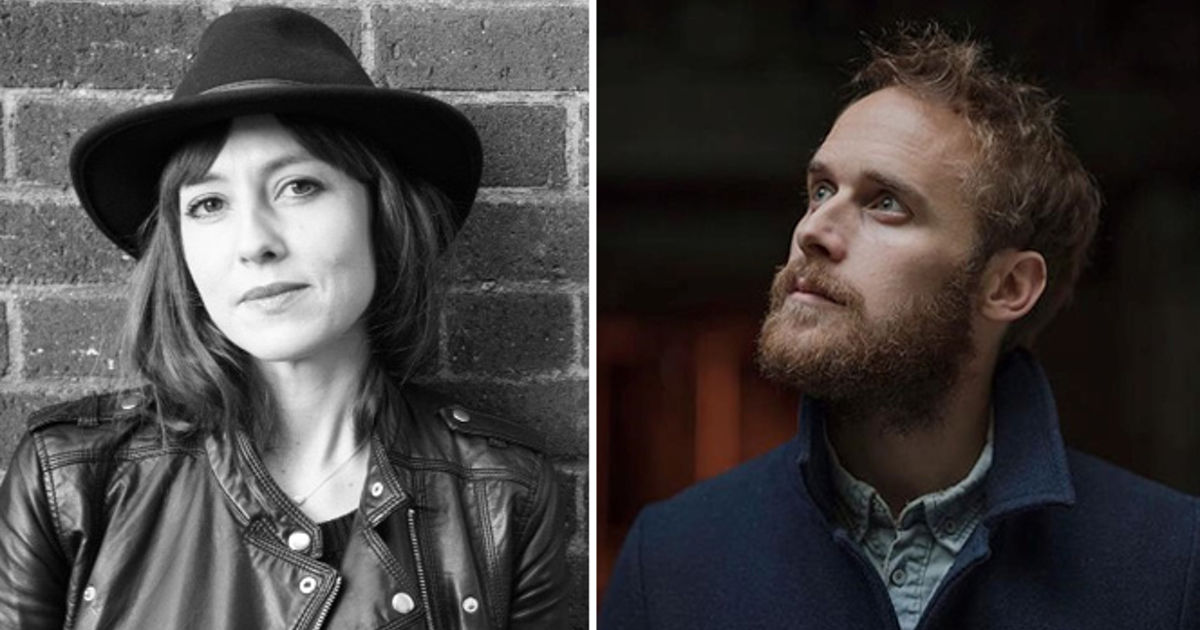 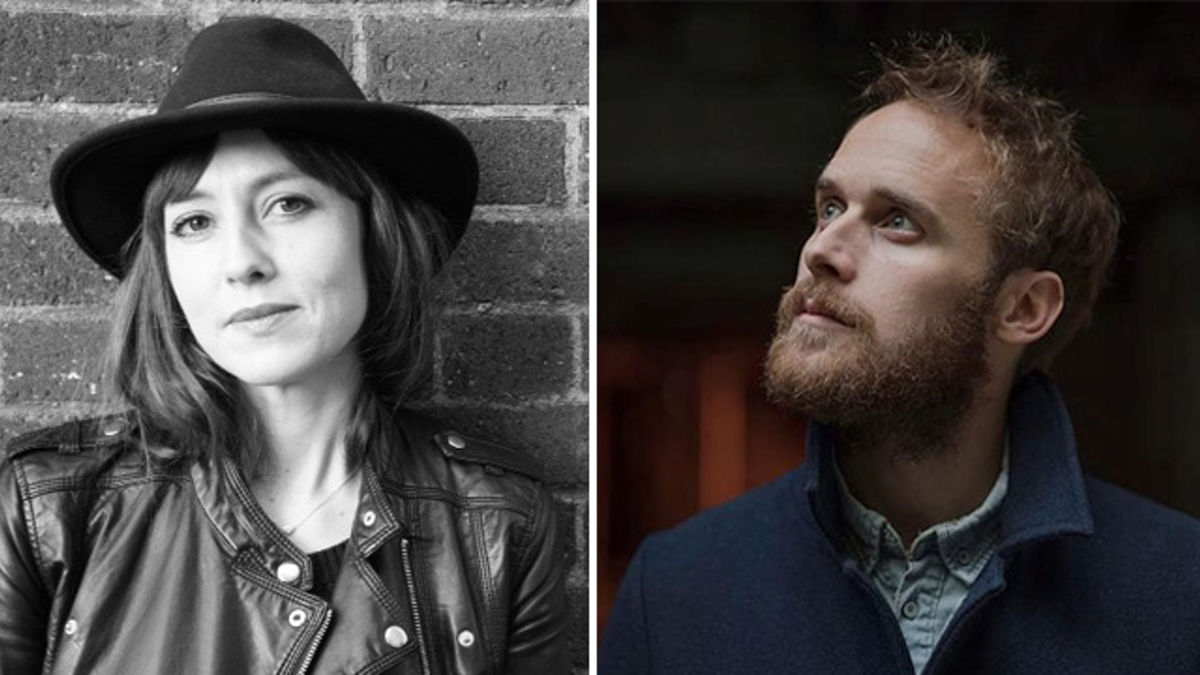