by shots on 20th November 2015
This article was created before we re-designed shots – it may look a little strange or not have the same features as new articles. If you see something particularly wacky, please let us know on shots@extremereach.com
Share

Olivia Atkins wonders if anything can stop the rise and rise of Grey LatAm VP and executive creative director Diego Medvedocky. Once this creative dynamo swapped a life of wanderlust for a career in advertising, he swept through Argentina’s agencies, collecting enough Lions to open a safari park. Next? Oh, just solving Argentina’s economic crisis…

It may be Friday afternoon, but Diego Medvedocky isn’t winding down for the weekend. Instead, he’s whizzing around town in taxis, talking animatedly on his phone, between meetings. The Grey Latin America VP/ECD’s fast-paced schedule reflects his dedication to the job, which sees him working at least 12 hours a day. And the work pays off. Everything he touches turns to… Lions. He currently has 43 to his name. Ever since he started in advertising, this energetic and proactive personality has always kept one step ahead of the game.

His career could have gone a different way. Born in Buenos Aires, as a youngster Medvedocky was torn between tourism and advertising – careers that his architect father disapproved of. This lack of support pushed him to rebel and choose advertising. He admits, “I didn’t care if my father supported me or not, because I loved it.” Too impatient to finish his advertising degree, he quit after just a year and a half and instead decided that an agency job would be much more practical and productive – and payment wouldn’t hurt either.

Back to life, back to reality

Medvedocky knew that you had to do something unusual to get noticed and combined brilliance and simplicity in his initial job application – sending a literal message-in-a-bottle to three small creative agencies. He looks back at his idea now and laughs, “It was a bit cliché, especially for the 90s.” But it worked and he got a job at the now defunct local agency, Downtown, in Buenos Aires.

Having leapt onto the first rung, he wasn’t quite ready to climb the career ladder, and went off travelling for several years throughout Latin America and South Africa. He would return home briefly to top up his travel budget with freelance creative work. The work/travel cycle suited him until the day he received a sad wake-up call. “My mother died and I suddenly realised that I needed to do something.”

Back from travelling and dealing with a serious bout of reality, Medvedocky drifted between agencies, scooping up awards, seemingly effortlessly, along the way. He began as a junior copywriter at Injaus (now Turner) in 2003, where he won his first bronze Lion for an in-house MTV programme, Ten Years That Changed It All. “Before that, I didn’t know much about Cannes Lions, but after winning that first one, I realised that the awards are like the world championship of soccer, but for advertising.” Medvedocky kept scoring Cannes goals – winning a silver Lion for a radio ad while senior copywriter at Euro RSCG, then later, four bronzes while at Publicis.

Every one’s a winner

But real award success came at Del Campo Saatchi & Saatchi, where Medvedocky changed his approach. “The agency had a different philosophy towards advertising. They were focussed on the creativity and effectiveness of the work, so I started thinking differently – and it worked.” He won 12 awards for as many campaigns during his five year stint there, including for the tongue-in-cheek campaign Big Nose for air conditioner manufacturer BGH, which measured noses and awarded big-featured-customers with discounts. Even in such a powerful and respected agency, Medvedocky began making a name for himself, and it wasn’t long before Grey noticed and offered him an executive creative director position.

But he declined. He enjoyed working at Del Campo but, more than that, Medvedocky had formed a tight team with his creative partner Ignacio Ferioli, and the pair had no intention of splitting up. Until a year later, that is. The same day that Grey called and re-offered Medvedocky the role, Ferioli accepted a new position at Buenos Aires-based agency David, where he is now vice president. It seems it was the right time for both to move on.

Initially, Medvedocky found Grey’s environment slow-moving. “But their philosophy was changing and I really admired that. Something was starting to happen in their network.” The agency was on the cusp of transformation. In Medvedocky’s first year, Grey won its first set of Lions and won a Diente (‘tooth’) for Agency of the Year, from Argentinian advertising creatives organisation, Círculo de Creativos Argentinos. What gave this award even more significance was the fact that Del Campo Saatchi & Saatchi had won it for the past seven years; the award had followed Medvedocky. Something he didn’t take lightly. “It felt very special and I couldn’t believe what was happening; it was amazing,” he says.

Grey noticed the effect Medvedocky was having on the agency and named him chairman of the Grey Creative Council for Latin America. He’s also just recently been promoted to VP of Grey LatAm – which allows him to work on campaigns all over the region, including Brazil. “It’s a bit overwhelming how fast everything’s happened,” he says. “But I’m so happy about the appointment. It’s huge!”

In 2015, Grey LatAm was expected to win 16 Lions following Medvedocky’s promotion – up three from the year before. In fact, the region exceeded expectations and almost doubled its target, winning 29 Lions – six of which (including two golds) were for work from Argentina. Not bad for Medvedocky’s first year.

The Salt You Can See was the agency’s most successful campaign, targeting the nation’s unhealthy levels of salt consumption by colouring the condiment either pink, blue, purple or green and making consumers aware of just how much they were using.

He insists it’s not just external awards that drive Grey’s success. Their willingness to reward its own people is also a great incentive. “The network famously believes in saying thank you, which is a great way to work.”

Competing with the people

His biggest worry is not competition from other brands or agencies, but from the sheer volume of content generated every day by the public themselves, and fighting with it for their attention. “Whatever you create needs to be really good and sometimes I think we, at Grey and as agencies, lose that game. People are simply better than us. There are a lot of them and they are really fast.”

However, he’s not disheartened, instead he sees this as an inspiring challenge. “We need to change that and be the fastest.”

His advice? Advertising needs to be relevant and clever. Brands should become part of culture rather than just sticking to traditional methods of selling. Quite the revolutionary – as was apparent at this year’s Cannes, where he sat on the Promo and Activation jury and spoke on a jury-led panel discussion – he is passionate when he talks about how much money is being invested in life-changing ideas.

Out of the red and into the Grey

Of course, Medvedocky is acutely aware of his country’s current political and economic instability. He is most concerned about ever-decreasing budgets and what effect this will have on the growth of Argentine agencies. “At the moment $1 is equivalent to about 10 pesos, but next year it could be as much as 18. That’s very worrying.”

However, unlike many in the nation, the situation seems to inspire him – he’s already suggesting alternative ways of doing things.

“We should be exporting our ideas around the world. We are working for such low rates at the moment, that we must seem so cheap to foreign clients. If we send the ideas abroad, we could really grow Argentina’s creative reputation and boost international clients’ creative portfolios.”

I ask him what this might mean for the future of advertising in Argentina. “At Grey’s last Global Council meeting, we imagined what would happen if the government asked creatives to solve their problems. We are ideas people, after all, and it’s ideas that have the power to change everything.”

It’s certainly a revolutionary and powerful idea. I joke that, with all the running around he does already, would he even have the time for more meetings to solve the country’s problems?

He responds in all seriousness, “It would be my number one priority.” 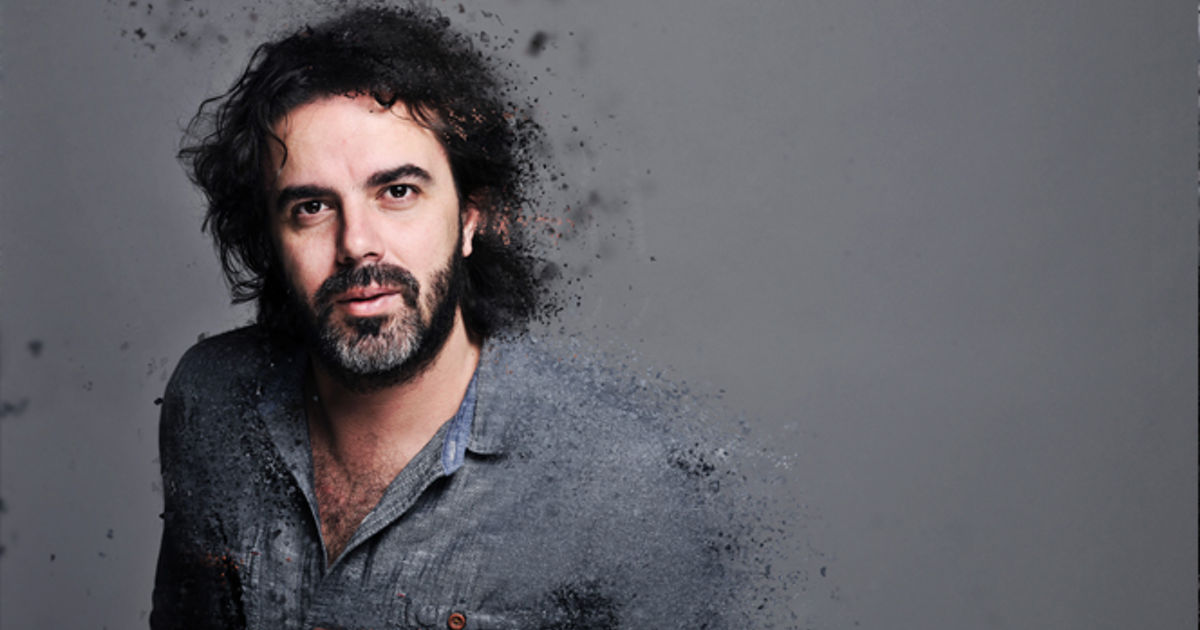 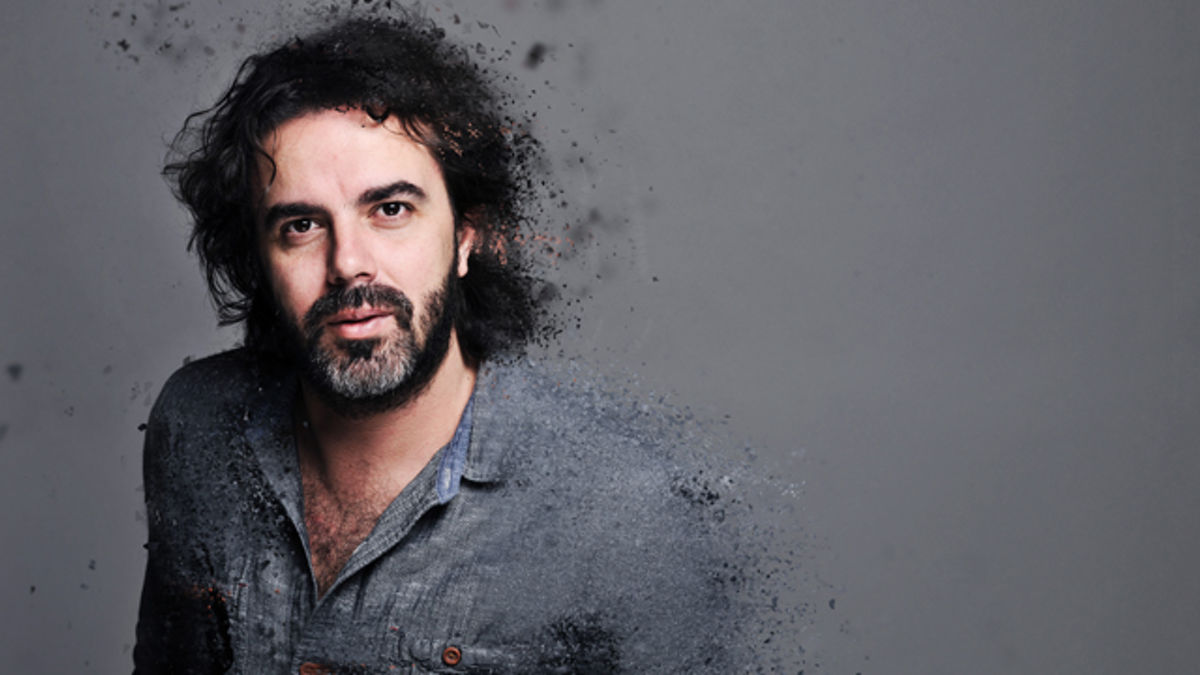