It’s been over seven years since the Dutch director thought of the concept and now, his film is finally a reality.

by shots on 23rd March 2015
This article was created before we re-designed shots – it may look a little strange or not have the same features as new articles. If you see something particularly wacky, please let us know on shots@extremereach.com
Share

shots’ profile on PostPanic Amsterdam back in issue 123 saw the team led by director Mischa Rozema appear in front of an abandoned, futuristic landscape with morphed characteristics symbolic of the sci-fi theme of the image [below| and brand of film the company has become synonymous with.

Although it may look a bit left field, the subject is one close to Rozema’s heart: “I’ve always been a sucker for good science fiction and alternate realities. [In] most of my projects I find a way to change the parameters of our reality,” he confirms.

The latest of those projects is probably the biggest at this point in the director’s career. It’s been over seven years since he first had the initial idea for a feature length movie called SUNDAYS, a script that would emerge, develop and has now come to fruition as a proof-of-concept short film released on Monday.

“I started creating this world more than seven years ago,” he explains. “Over time the ideas evolved and the script changed quite profoundly during the process. But it’s nice to see that some initial designs and ideas survived the butchering of story development.”

The project has become the company’s pride and joy for the past three years and somehow PostPanic has managed to channel its efforts into SUNDAYS while maintaining a high standard of client work as well as continuing to nurture talent at its humble, yet impressive, abode close to Amsterdam’s Centraal Station.

You should have already watched the film by now but even after viewing, there’s every chance you’ll be longing for more background and detail about the narrative. And that’s the point. There’s still plenty to be discovered about the world PostPanic and Rozema have created and this is only the initial stage in the film's journey after starting out as a Kickstarter pitch.

“Luckily it’s only the first step into the SUNDAYS project,” continues Rozema, who founded his company with EP Jules Tervoort [above, back], a producer on SUNDAYS along with PostPanic EP Ania Markham. “Right now, we’re trying to get the feature version off the ground.”

“PostPanic has always consciously made time for projects like this. It’s in our DNA to venture outside of commercial work,” he adds. “Throughout the years we’ve carefully designed the company's structure and philosophy to be able to handle projects like this. As a result we’ve started PostPanic Pictures next to the work we do as PostPanic. So now we’re ready and fit to tackle feature film production. To us it’s a logical next step in our evolution, and a very exciting one.”

The length of the short is over 12 minutes in duration but it's the closest thing to a high-end sci-fi feature you're lilely to find on shots.net. The level of detail in the landscapes, architecture and vehicles in Rozema’s SUNDAYS world is a testament to the director’s sketchbook designs and the characters and screenplay are just as impressive.

“I’m a bit of an architectural nut,” Rozema reveals. “For SUNDAYS I found a lot of inspiration in Latin American Brutalism combined with the chaotic but yet structured nature of ghetto building. The vehicles are also inspired by existing human machinery. This gives a sort of rooted reality on which you can start to bend the rules. I sometimes compare it with LEGO; you can build what's on the box and you end up with a known machine or structure. But you can also combine different sets and come up with completely unique machines, but still based on familiar parts.”

His theories behind his creations alone are fascinating and to think that the release of this short is only the first step towards a bigger story with more of the same is an exciting prospect. But how much of his initial vision of the SUNDAYS world has Rozema achieved so far?

“For the means we had to start off with (a $50k Kickstarter budget), I think we came incredibly close,” he muses. “I knew the ‘world creation’ in this project would need a lot of work and a lot of talented people. I’m just really proud we pulled it off the way we did. It’s been a labour of love and I think it shows.”

The two main characters introduced are played by US actor Brian Petsos [below] and Mexican actress Sofia Sisniega. Petsos plays Ben, the male lead who is losing his grip on his surroundings and has memories of a life that isn’t his. The story plays on the paranoia and existential theory and Rozema says there are more out there like Ben in the story.

In fact, there’s a lot more to come, as he explains: “It’s designed to be questioning. It’s not a linear story with all the dots connected. It reveals a glimpse of a reality that will be the theatre for the feature film. If I would give the viewer all the answers now, there wouldn’t be a point in making a full version anymore. Basically I want the audience to lock into this world, get interested and leave them questioning, hungry for more.”

And in terms of what the director hopes the audience takes away from the film, he concludes: “I would love people to question reality as they perceive it, and question what it is that makes us human, knowing that reality is merely an illusion we create in our brains. Information that can arguably be recreated in the near future. That’s what I’d want to accomplish with the feature version of SUNDAYS. For now, I’d settle for just wanting the questions this version proposes answered.”

Watch a behind the scenes film from the SUNDAYS set below: 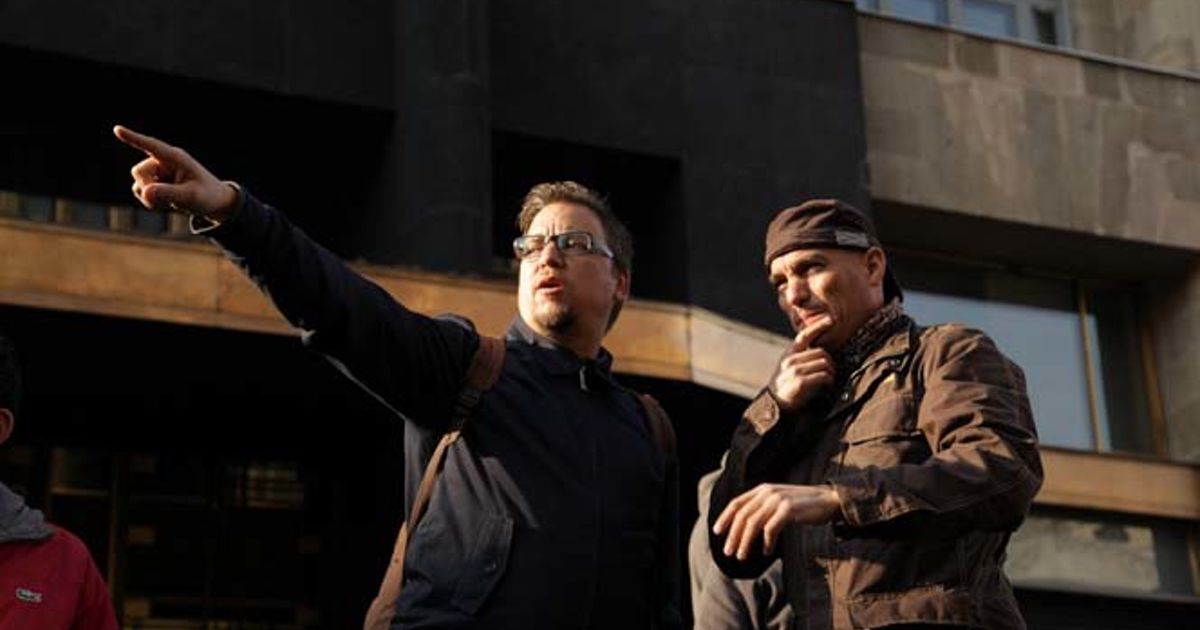 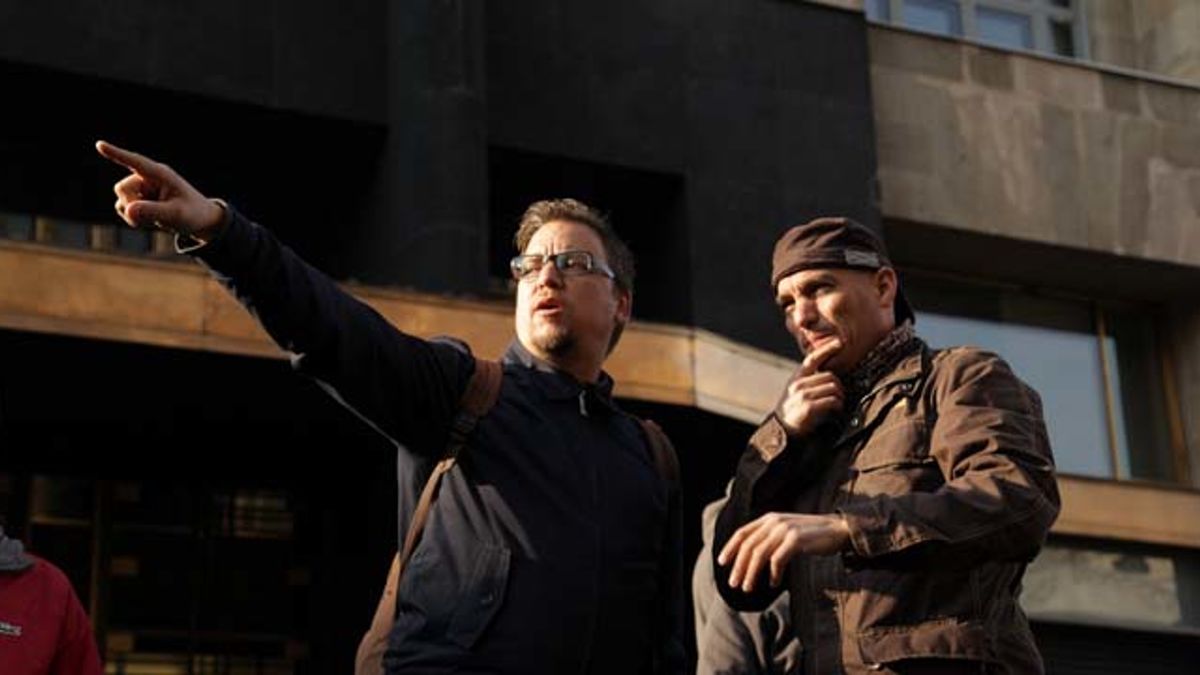