by shots on 3rd December 2014
This article was created before we re-designed shots – it may look a little strange or not have the same features as new articles. If you see something particularly wacky, please let us know on shots@extremereach.com
Share

Digital Domain/Mothership’s Neil Huxley has a dual personality, like one of his beloved comic book heroes. Iain Blair talks to the leading game trailer director who combines his artistic and darker sides to draw emotion from killer robots as they engage in elegant destruction

Neil Huxley, creative director at Digital Domain and a director with Mothership, DD’s production arm, has come a very long way in a relatively short time. “Since I was a kid I was always interested in comic books, videogames and films,” says the 39-year-old, who grew up in Brixton and inherited a lot of his artistic DNA, and grittier side, from his dad. “He was a frame conservator at the Tate by day, and nightclub bouncer at night – an interesting contrast,” he says.

Huxley’s own dual nature first found expression in a short film about bouncers made at university. “I wrote, shot and edited it. It allowed me to combine my artistic side with the sort of hedonistic, violent side I also knew,” he explains. “The goal for me was always to direct. It was so much fun and it was basically the inception of everything I do today in video game and film.”

A man to watch

Determined to pursue a career as “a storyteller and director”, Huxley took his first major gamble by leaving Britain and moving to Australia in 2002. “I wanted to get as much experience as I could in post and VFX, so I got a job at Digital Pictures Iloura, in Melbourne,” he recalls. Over the course of the next five years he worked on such films as Charlotte’s Web and Where The Wild Things Are, and did some title design. But no sooner had he got his Australian passport than he decided to move again – this time to Los Angeles.

“I kind of knew going to LA was the right move for me, even though it was a drastic change from Melbourne. I landed a job at yU+co, a small design house in Hollywood,” he says. “And the very first job I had was art directing the Watchmen titles, which was a pretty big deal for me, as I’d been a huge fan since I was 12.”

Huxley next worked on Gamer and ended up art directing some 600 shots and game interfaces for the story’s protagonist – “a young boy who could control prison inmates through game interfaces,” he explains. “It was kind of like The Running Man meets reality: you thought you were just playing a game, but you were controlling real people. There was a lot of design needed for that movie, and again it was the mix of violence and technology that interested me.”

Huxley got an even bigger break when an old friend, Chris Bond, who then owned Frantic Films, called him up to see if he’d be interested in working on a new little project for James Cameron, titled Avatar. “I was like, ‘Who do I have to kill to get on it?’” admits Huxley. “Frantic had a show reel but no design work, and they asked if they could use some of my work on their reel to secure the business.” When Frantic was hired, Huxley left yU+co and joined Frantic to work on Cameron’s blockbuster for some 18 months.

Coming off his Avatar success, Huxley landed at DD in 2011, and started helping out as an art director, “mainly with their Mothership division. I’d put pitches together for their roster of directors, help write them and source imagery and basically function as ‘the pitch bitch’, which was a great learning experience for me.”

At the same time, Huxley also helped put teams together for pitches to studios on the features side of the business. “I helped out with Ender’s Game when director Gavin Hood came to the company looking for a VFX partner, and I was the one who put him in touch with Ben Procter and all the key members of the art department who helped Gavin make that film,” he states. “So I’d use all my contacts in the business and bring them together to create art for different projects.”

Another turning point in Huxley’s career occurred when Mothership asked him if he’d be interested in directing the launch trailer for Ghost Recon: Future Soldier. “I was up for anything – and video games were a passion for me anyway, so I jumped at the chance.”

Directing his first film was “a dream come true for me – a bit like doing Watchmen,” he notes. “You pinch yourself and think, Well, I’d better not fuck this up! But I trusted my instincts and it worked.” Huxley shot motion capture for the first time and used a virtual camera system, which neatly dovetailed into his Avatar experience. “Jim Cameron used virtual production, and DD had a very similar pipeline that I got to play in, which was just brilliant,” he says. “It’s a very freeing process and it gives you so much creative freedom to change stuff that would otherwise be locked if you’re shooting live-action plates.”

Huxley signed onto the Mothership roster in 2012, and in the past two years he’s done 12 spots, including such highlights as a trailer and teaser for the Transformers: Fall of Cybertron game, with a tricky brief including the creation of “emotional” robots. “It wasn’t the Michael Bay version but the old toy designs, so there was a lot of nostalgia attached,” Huxley notes. He shot it all virtually on the mo-cap stage, and within 24 hours of its release it got over one million hits. “The feedback we got from fans was amazing,” says Huxley, who next shot the launch spot for Dead Space 3: Take Down The Terror. His reel was attracting clients to DD who specifically wanted to work with him.

Reaching the next level

Last year Huxley did a Mad Max trailer for E3, and recently did a piece for the hugely popular Lord of the Rings game, Shadow of Mordor, and an announce trailer for the latest Rise of the Tomb Raider game, which was “awesome to do”. At press time he was prepping a big live-action/CG launch TV spot for Assassin’s Creed Unity, and at year end is scheduled to direct motion capture performances for in-game cinematics for Rise of the Tomb Raider, where he’ll use the latest virtual production techniques and digital human technology from the film world.

As “a huge gaming fan” Huxley sees the future as a “wide open space, especially with all these new platforms popping up. My brother, who’s a writer for Rocksteady games, loves games that subvert the norm. I think we’ll see more and more of those, and fewer of the big tent-pole franchises that cost over $100 million to make.”

He stresses that gaming is unique, “as it’s tied to a host platform. Other media are consumed on all kinds of different platforms, but games are all about interaction, and the new platforms are going to directly impact that interaction. Some of the games of the future are going to be just like the stuff we read about in sci-fi novels.”

At the same time, he predicts that there’ll “always be room” for more retro-fresh games such as Hotline Miami. “It’s so simple, with graphics that are an homage to old 8-bit videogames. It’s an exciting time all around.” 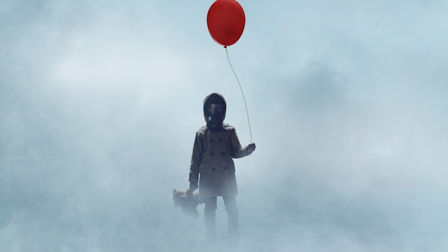 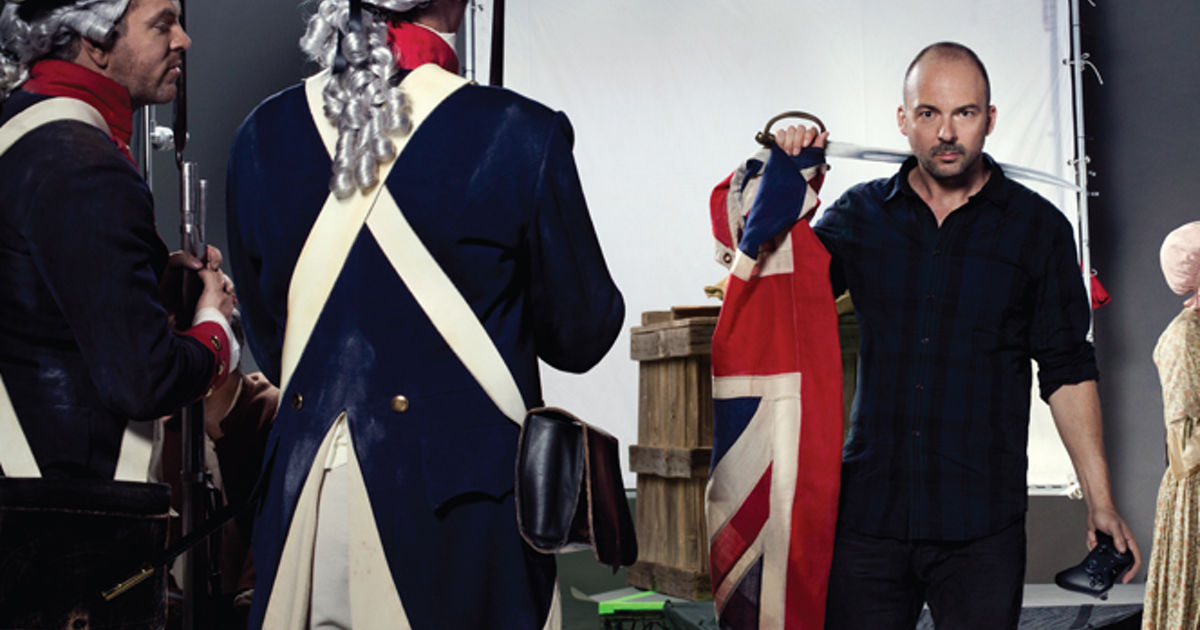 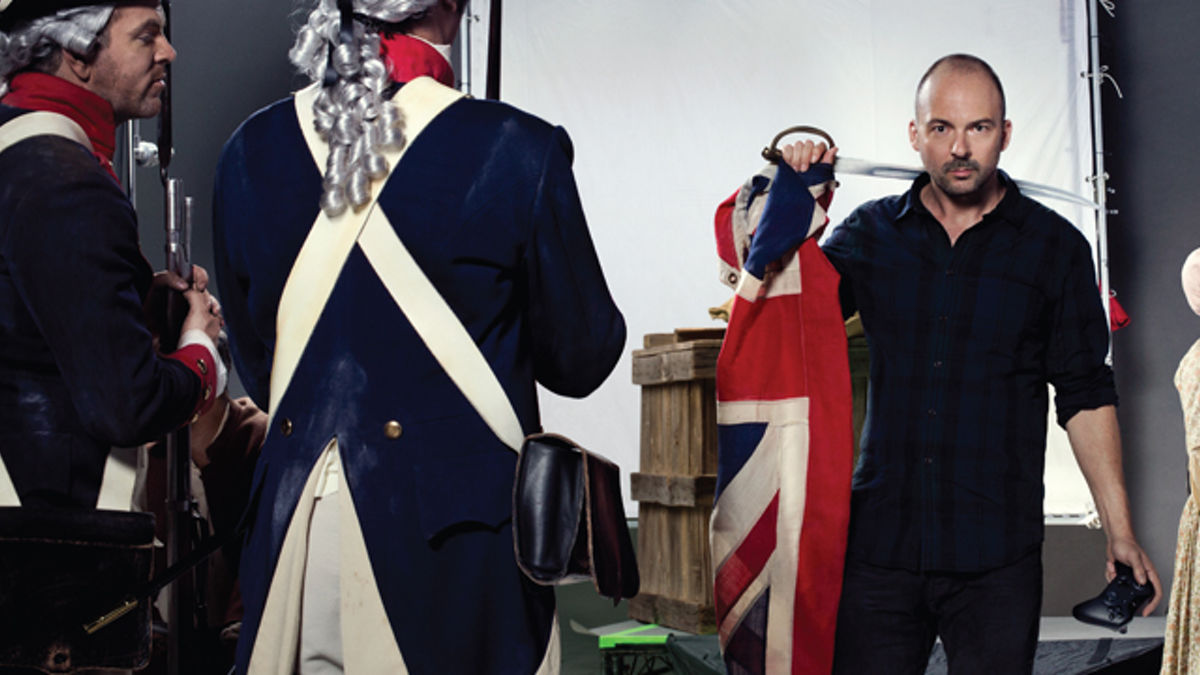