Could Nathan Price be just as talented when you're looking at him as when you're not? Taken from shots 152.

Quantum physics and comic timing may sound like unlikely bedfellows, but not for Nathan Price. The New Zealander, based for the past few years in Paris with his partner and producer Clarice Harvey, dipped his hand in comedy improv back on New Zealand’s South Island around the same time as he was studying physics at university – driven, he says, by a search for finding the answers to, you know, the big questions in life, like how to make people laugh, and what makes the universe tick.

“Physics was about that grand scheme,” he says, “I loved the theoretical side of it, but I was studying film and literature at the same time, reading Heart of Darkness and TS Eliot, and I saw there was a way in literature that you could have these big ideas, but with a human aspect. You can’t have the big theory without the person looking at it.”

Which brings us to Price’s take on the uncertainty principle in quantum mechanics, which describes the difficulty in observing a small particle, in that the act of observation alters it. “If you look at it, it’s at a specific point, but if you don’t look at it,” – Price starts waving his arms about excitedly – “it’s at some point between here and here. It’s a weird paradox. In my work now, I like being able to hold those paradoxes – if you look at comedy too much, or too intensely, it changes it, it becomes not funny, you overwork it.”

The joy of making stuff up

We’re talking over pots of delicate Japanese infusions in a tea house in London’s Fitzrovia, near the offices of Price’s UK and US reps, Park Pictures. Price’s story began a long way from here (11,800 miles away, to be exact) – on a remote sheep farm on New Zealand’s South Island. “It’s my spiritual home,” he says. “The great thing about the farm is that you’ve just got yourself and a few mates to do stuff, so you have all these big imaginative schemes – tree huts, making a ghost train, thinking about the universe and writing poems – all because you’re in that space, wandering around in nature and making stuff up.”

The downside was that “the kids around me were different from me. So I had this real yearning for the city and to connect with people.” Finding that human element in the big scheme, the outsider’s desire to connect with others and the joy of making stuff up has been at the heart of Price’s working method since he began. His spots for the likes of Samsung (Coliseum) and Royal London (Goode Times and Bad and Ye Olde Pensions) mix comedy with striking visuals and touches of CGI, while Sky’s Come With Us, and Break My Stride for State Insurance both used verse matched to cleverly synced visuals to communicate brand messages in a strikingly unusual way. Break My Stride, a New Zealand campaign, repped through his and his partner’s company Ruskin, was set to the tune of the jaunty eponymous 80s hit from Matthew Wilder.

The Royal London spots were largely improvised, with Price drawing on techniques picked up in his student improv group back on South Island. “The great thing with that is that you just have to do it,” he says. “You can’t think about it. There’s an instant feedback. If they laugh, it’s working, and if they don’t, you adjust around that. You have to feel it. You have to trust the process of trial and error – which is the same with film. It’s not so much an interest in aesthetics, but how did it fit, did it have an impact, did it touch people, did they talk about it and remember it?” It’s that big picture again, hovering over Price’s eye for detail and in-the-moment, improvised decision-making.

After graduating from NZ Broadcasting School in Christchurch, his first work came in 1997 at Silverscreen as third animator, Flame artist and VFX supervisor. There, he combined his film and literature studies with programming skills that he’d learnt during his physics degree and plunged in at the deep end. “There was no specific training in those days,” he says. “We were working like crazy. We had Flames in road cases, and we’d go to Sydney or Auckland, doing shoots, working all night, and rendering in our apartment, and we’d have to get up through the night to make sure it was still going. It was relentless.”

The VFX grass is always greener

After two years, he decided to leave, but was persuaded to stay by being made the boss of the in-house production unit instead. Under his tenure, in 2001, this unit evolved into Oktober, and soon became the country’s most awarded post house. When jobs started coming in without a director attached, Price took up the reigns and a spot for an art gallery got him into the Saatchi New Directors’ Showcase at Cannes. By 2004, he was directing full time.

Given his background in post, you’d expect VFX to dominate his work and, for a while, it did. “It was where I came from; my way in. But the grass is always greener,” he laughs. “You do effects and you wish you were doing it in-camera.” Now in-camera is where he feels most comfortable creatively. “Sometimes, the problem with visual effects is that they are the idea, rather than having a human connection, and it can end up being boring.” Spots like Coliseum, advertising Samsung’s curved UHD TV, employed powerful VFX for the setting of the Roman coliseum, the gladiators and its baying crowds, but the focus is on the father and son in their pyjamas, dazzled and bewildered in the middle of the action. “In terms of visual effects, it’s enhanced. We built a quarter of the coliseum, so it was an old-school technique of using a quarter to represent the whole. We didn’t have enough actors to go all the way around. They had to keep changing outfits.”

Comedy is all context and casting

For the improvised Royal London skits, the quantum state of funny was much to the fore. “Sometimes what seems hilarious on set is different for the guys who see it without that context,” says Price. “How you watch it is important.” Even more crucial is casting. “With comedy, the first thing is getting the right people. And you can’t tell an actor what to do, the actor has to do it. You create the situation, and you say, ‘Give me something else,’ and if they’re funny they’ll come up with it.”

The creative collective ethos of improvising together extends from cast to creatives to crew and back again. “It’s good working with them so that they’re full participants in the process, and they always have great ideas,” he says. “The idea that everyone can contribute, a lot of that comes from improv. You work with all these amazingly talented people, and even if they’re not talented, they can still come up with an amazing idea.”

The (egg) role of a lifetime

Price is wary of reliance on special effects, “There’s a lot of stuff I look back on and it’s good for its time but doesn’t look that good now,” he says. For example, in the Humpty Dumpty spot for Cadbury – the hapless eggman falling from the top of a skyscraper – he eschewed digital for old-school prosthetics. “We used Richard Taylor, the genius prosthetic guy for The Lord of the Rings, and there’s a real actor in there, in a suit with little animatronic legs.” He laughs. “It’s got that reality – you’re suddenly really in the story – and you see that emotion. At an Avatar level, it would take a year to set up those facial expressions but with this one, it’s real. You buy in to it in a more emotional way.” Plus, he got to see Taylor mucking about with the prosthetics on set, cutting off the nose and remodelling it over the actor’s face there and then.

Break My Stride for State Insurance, with its chorus of everyday people walking down a nondescript Kiwi street against a background of really bad-day scenarios – house fires, car wrecks and floods – found its human heart by having the cast sing like ordinary folk, not trained singers. “It’s a bit like Les Mis, which came out at the same time,” says Price. “Actors singing in their own voices. It was so much more emotional. And I thought, that’s the thing, you want these guys to be like you, not like some pop star or stage-school kid, telling you this stuff. It’s someone who’s had a bad day. It’s that connecting thing again. It’s about the measure. The story had to be more dominant than musical precision.”

His forays into longer form, including episodes of TV series The Insiders Guide to Love, won him a Directors Guild Drama Directing award. “We had two weeks of rehearsals,” he says of the TV show, “so we could really get into how it would look and how it would feel. Instead of shooting 30 seconds a day and fussing over it, you’re shooting 7 minutes, 7-8 pages, and it has to be, boom boom boom. That process sharpens you up and makes you more comfortable with being creative on set. Now I’m more trusting of my instincts.”

Be generous to your viewer

Whether it’s long or short form, in a multi-platform environment, Price believes a 30-second spot has to compete on the same level as a 30-minute drama when it comes to building audiences. “People used to watch your ad no matter what, because it was in the middle of a great show,” he says, “but we’re moving from the model of ‘have to watch’ to ‘want to watch’. And we have to get away from the concept of the idea being dominant to the guest, or the viewer, being dominant. In the sense that you’re giving someone something for a stretch of time and it needs to be human and emotional, it needs to be like a great film. It needs to have those things if you want someone’s time. You have to be generous with yourself and what you’re giving.”

In the first of a new series of interviews Amy Kean celebrates the wonderful world of weird, talking to 'iconic oddballs' about their strange brains and why oddness should be elevated.

In the first of our monthly interviews with unsigned directing talent, we talk with Paul Wie about his short film Soundtrack to Greatness, translating for director Bong Joon-Ho and his love of football.

How Pam Savage and Sick Beats hit the right note 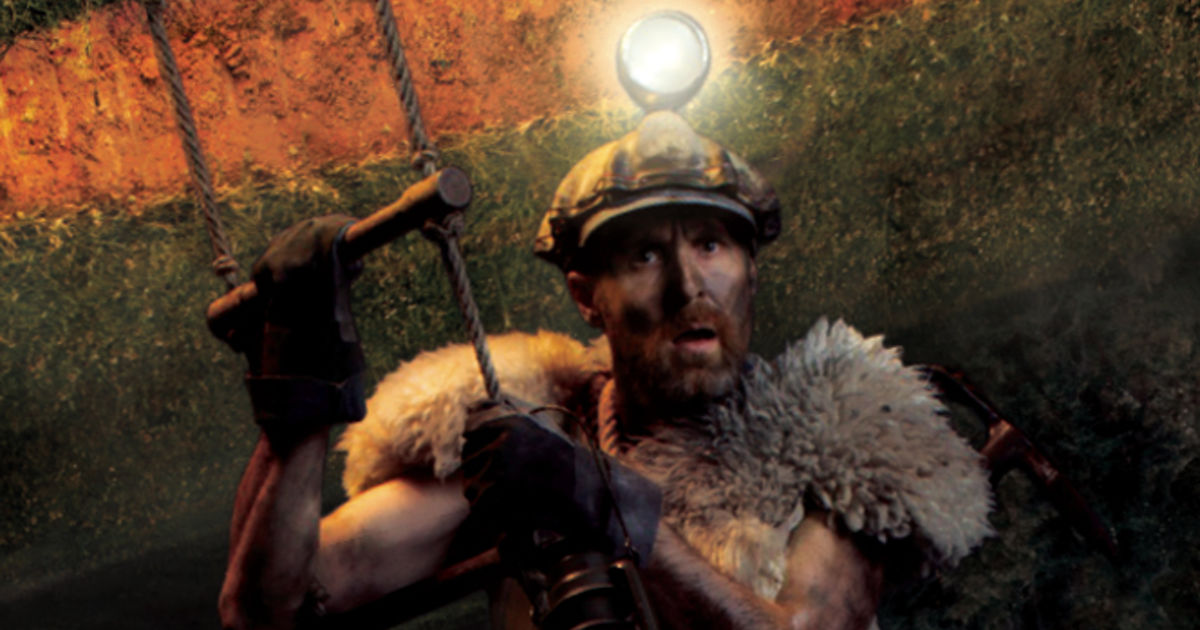 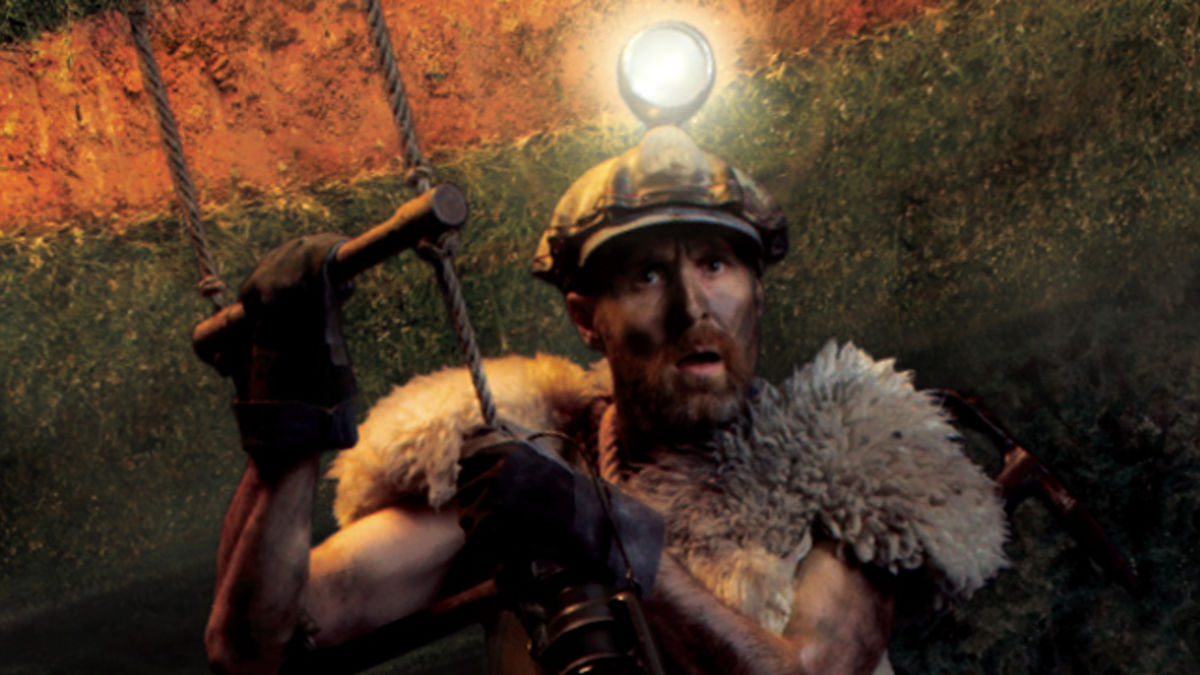