by shots on 16th April 2014
This article was created before we re-designed shots – it may look a little strange or not have the same features as new articles. If you see something particularly wacky, please let us know on shots@extremereach.com
Share

With the FIFA World Cup just around the corner, a slew of football-themed campaigns have started gracing our screens as the momentum builds for this summer’s tournament in Brazil. However, none so far have been quite as technical and engaging as Pepsi MAX’s Now is What You Make It – a 180LA creation presenting a two-minute broadcast film from Johan Renck featuring some of the sport’s biggest stars and also offering immersive interactive breakout elements which take users to a deeper dimension via Interlude technology.

Building on Renck’s vision for the film’s straightforward broadcast layer, m ss ng p eces took care of the interactive aspects and below the director Jordan Fish, along with company co-founder and EP Ari Kuschnir and partner/EP Kate Oppenheim, discuss the modern production model, which aims to provide a seamless user experience, regardless of the platform.

AK: We’ve always been inspired by new advances in technology that enable us to be better storytellers. That's how the company started - the video iPod and YouTube in late 2005 inspired the first wave of content we made. And in a way Interlude inspired us to reinvent the music video for the internet with the Chairlift choose your own adventure project, and now we've applied those lessons to a commercial project with Pepsi. Today we look at something like Oculus and think, how can we make something incredible and definitive for that? I want us to be the reference.

So how do you decide if a job is right for this new type of production model?

AK: All the basics still apply, and then we ask some important questions unique to this medium. When 180 first reached out we went over questions like: how dynamic is it? Is it driven by one character or many? How many interactions can we actually do? Does this work well with Interlude? Are these interactions satisfying? We worked very closely to figure it all out in pre-pro and production.

From a practical perspective you are shooting more, so for this shoot we had interactive shoot moments scheduled throughout the day, and then one full extra day for the more fleshed out interactive scenes like the Samba scene and the date scene. In the pre-pro meeting I promised seven interactions and we ended up with 11. Based on how intense the production was I’m really proud of that.

JF: We team up with people who have an enthusiasm for building something new. The more we can put interactivity (and other kinds of dynamism) at the core of the project, the deeper the experience can be. I’m particularly interested in innovative ways of telling stories, so I do keep an eye out for narrative projects. That said some of the ideas I’m working on could be used in more formal and design-oriented ways.

KO: These projects are nearly impossible without a team itching to stretch themselves and the medium. From the clients to the agency to the crew, everyone bought into the challenge.

How much more time consuming does it make a project and how does cost affect the decision?

JF: There is an added time component, since what we’re doing is basically a combination of video production and app development, and the ways these two worlds intersect is more involved than, say, building a website that hosts static clips. The teams have to work together closely to make something that integrates seamlessly. However, a lot of our work is about refining the workflow, and we’re getting faster all the time as we iterate and build better tools.

As far as cost, of course we love to have as many resources at our disposal as possible. If someone wanted to finance a half-hour experience that would call for hours of finished material, it would be a dream to make that happen. On the other hand, Interlude now offers a tool for building interactive videos called Treehouse that is essentially free. I’m pretty sure it would be possible to build something similar to the Chairlift video using only that. Interactive projects don’t have to be these giant beasts. Hyper-short-form videos like Vines and Snapchats could be an interesting basis for interactive work, and I’m exploring that as well.

How is the decision made on where to place the interactive options?

AK: 180 had specific ideas of where they wanted the interactions to be, and Pepsi pushed for the famous soccer players to be interactive, which was a solid move. So a lot of interactions are triggered by these players: Messi unlocks a mob scene, Aguero unlocks the impromptu Samba lesson, etc.

JF: We’ve been keeping it pretty dense. Partly because we’re ambitious and partly because we believe people are extremely capable of learning the rules of the experience in a short amount of time. If you start the video and have a satisfying interaction right away, I feel like you’d be dying if you have to wait a minute for the next one. The way to space things out is to make the content between the choices as compelling as possible, so it becomes a give and take between great stories and interesting ways to affect how they unfold. The other thing is that not every idea relies on predetermined intervals. The Bob Dylan video, and also the video for Tanlines, are both strong examples of pieces that are endlessly responsive.

KO: in some ways these videos are psychology experiments. Our goal is to keep people engaged and playing - hopefully several times. The fun thing about interactive films is that they require the same skill for emotional storytelling and surprise and delight as regular films, but they expand the palette of tools we have available to engage our audience.

Do you believe that there is now significant demand for this type of interactivity?

JF: I’m not sure if we’ve reached peak demand, but there’s certainly awareness now that media is being enjoyed in a dynamic context. Whether it’s tweeting while you watch a show, being one of a thousand people playing a video game together, or having your playlist determined by how fast you’re jogging; people love to be actively involved. In this context, interactive storytelling starts to look like less of a niche thing. A lot of my interest lies in what the dynamism of technology can bring to more traditional filmmaking techniques, and vice versa. I still love shots, no pun intended.

AK: What you see today are TV spots and corresponding branded content thrown into a brand’s YouTube channel, which can still lead to passive one-way experiences. But rarely are the TV spot and the interactive experience one and the same, yet designed for different experiences.

The Pepsi spot signals the coming of a truly integrated spot that can function both as a killer TV spot, and an online interactive experience, exposing the viewer to additional scenes, parallel storylines and opportunities for sharing. This really takes advantage of what our computers and connected devices can do and their vast potential. And, the mobile version of the Pepsi project just launched and it’s a lot of fun to play on your iphone/ipad to make choices using your fingers.

Do you think there’s a particular genre, product or campaign that it is more suited to this type of marketing? Choose a Different Ending is obviously another successful piece of work that places choice in the user’s hands.

JF: It could work for any genre or product, in any tone, serious, comedic, romantic, adventurous or all of the above. It’s about designing the interactivity to match the needs of the project, in the same way you’d define the stylistic approach for a film or campaign. As an example, that particular film takes the PSA format and makes it more impactful by giving viewers control, and keeping them locked in a first-person perspective.

AK: The thing with Choose a Different Ending, which I loved when it first came out, is that it was done in YouTube, and in retrospect the experience is interrupted every time you make a choice because it loads another video and takes a second or two. What I like about Interlude is the no-buffering seamless cuts, which makes it much more engaging, especially if the content is music or dialogue-driven.

Why is there a need for two different directors to separate the broadcast and interactive elements on this type of campaign?

JF: Pepsi worked out well—it was a great experience! But we don’t see an inherent need to keep projects siloed into broadcast and interactive departments. We want the whole enchilada.

KO: This project happened to have come up like that. It doesn’t need to be two people, but to make something great it’s critical that the director leading the project has an equal mastery over conventional filmmaking and what drives a great interactive experience. They are definitely two distinct skills, and both can only be learned through practice and experimentation. A director like Jordan is still a rare breed!

How much do the teams work together to discuss and merge ideas?

JF: We worked closely with 180LA to refine the ideas and make sure we were fulfilling everything they needed for the campaign. It was an open and free-flowing conversation from start to finish, and a lot of late nights for everyone working on it all over the world. We were thrilled to join a team as excited about interactivity as we are. 180LA and Pepsi are continuing to push the interactive version as the definitive way to experience the spot. We’re happy and thankful about that.

We’re just really excited for what’s next. We want to push our own limits, and the limits of the tools, to give people experiences they’ve never had before. I do love technology for its own sake, but I also consciously avoid making stuff that feels like a tech demo. If it doesn’t give you an ecstatic experience, then we need to go back and work on it more. 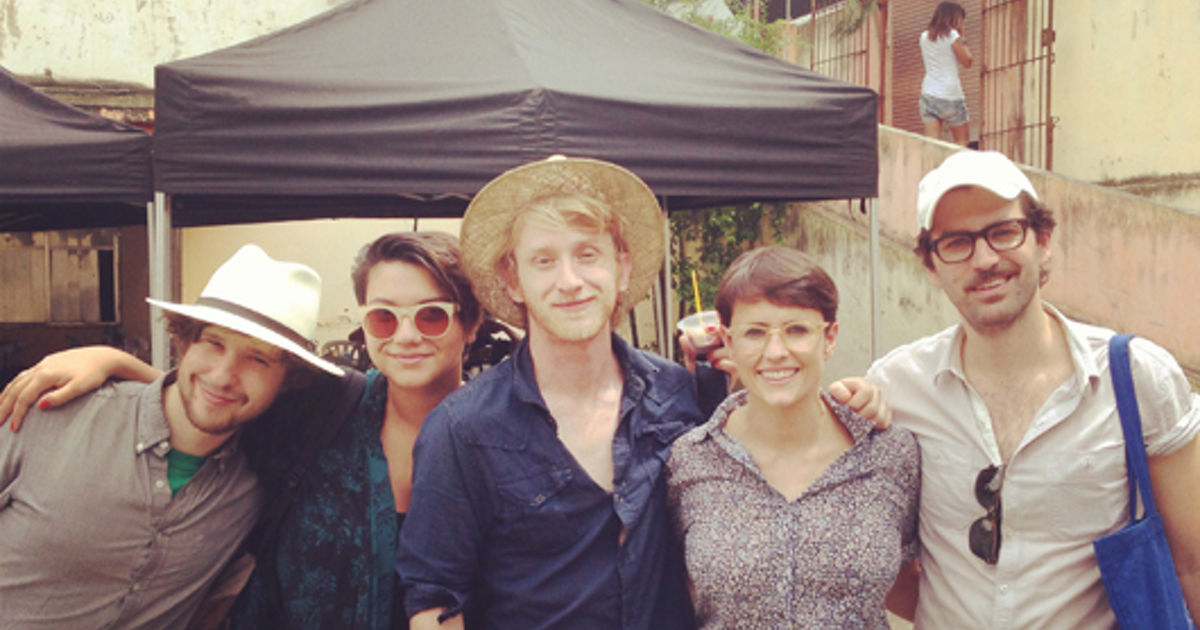 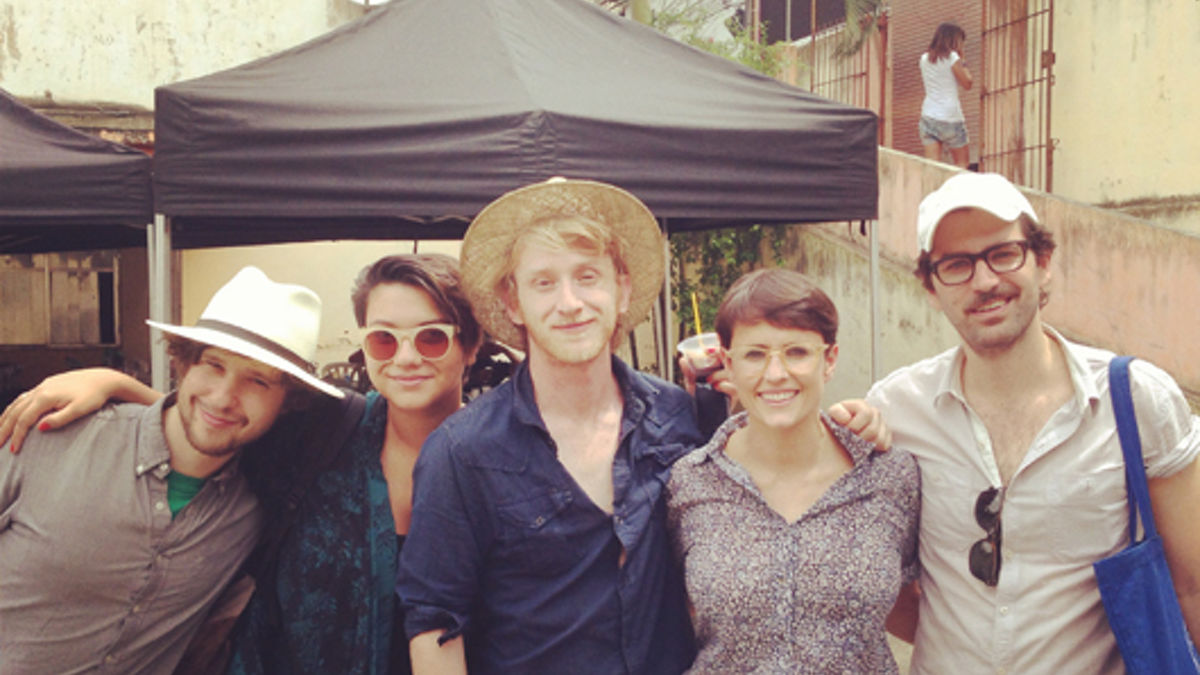