TBWALondon holds a unique live experience for basketball fans in East London challenging them to #jumpwithdrose.

by shots on 30th July 2013
This article was created before we re-designed shots – it may look a little strange or not have the same features as new articles. If you see something particularly wacky, please let us know on shots@extremereach.com
Share You’d think that any passionate basketball fans out there would jump at the chance of meeting their biggest idol in the sport. And when TBWALondon recently launched a campaign hinged on a live event with Derrick Rose, challenging local kids to #jumpwithdrose in a unique purposely created pop-up store, they literally did for a chance of winning his limited edition signature shoe.

Doing the rounds on a European tour, the London leg proved to be a unique stop for Chicago Bulls star Rose as hundreds of local fans congregated (some even camping overnight) after being informed of the once-in-a-lifetime opportunity to meet their idol, #jumpwithdrose and earn his shoes.

The ‘Jump Store’, set up in the middle of a residential area at the Geffrye Community Centre, Falkirk Street in Hackney, invited the kids to queue up to meet their hero and once inside, rise to a 10-foot high ledge to grab their swag after meeting Rose and getting their photo taken with him. shots was also along for the ride and the unique experience on the hot summer’s day in July.

“Globally D Rose is one of our biggest assets so the starting point was to decide how we make sure we land him in a way that isn’t just your traditional ‘let’s have a basketball court and have a game of three on three’,” says Steve Marks, senior communications manager at adidas UK. “So working with TBWA, we probably had about six ideas, and we just narrowed it down to the one that would be right to land in East London, the area we picked.”

Steve Tidball, creative director at the agency adds: “What we wanted to do is make something that could hang with any piece of basketball content, ever, and stick Derrick Rose in it because then it’s super powerful. So what we wanted to do was make the most implausible shop in the world where kids in the area hold their heads and go ‘what the fuck, I’ll never be able to do that.’”

Tidball, who works at the agency as one half of a creative team with brother, Nick, reveals that the inspiration behind the Jump Store came from a cartoon. Gary Larson’s Inconvenience Store, he says, features one unreachably high shelf and nothing else.

“So we decided to get the shelf at exactly the same height as a basketball rim and just thought a store like that would be absolutely amazing. But we wanted to make it out like Apple; really beautiful, super-modern and really clean, and then the process was just selling that through and keeping the simple idea with the shelf at 10 feet,” says Tidball.

Visitors to the store were given just 24 seconds to jump for the shoes, the same amount of time it takes to make a play in a real game. Some succeeded, some failed, but all got to meet their hero and whoever didn’t reach the shelf, Rose handed a pair of his trainers to.

Having been in the same room as his idol, Lee Eastland, a 17 year old from Hackney came out buzzing: “It was great, man; he’s a really, really nice guy. The first thing that went through my mind was, ‘Derrick Rose is right there, the trainers are right there’ and I just kept on trying to get them and got so close, then turned around and he just gave them to me and I was like ‘wow’.”

“There are so many things you have to consider with the location. We had to think about managing the crowd and making sure they didn’t overspill into the road. But East London has a massive basketball community and as the idea developed we was like ‘okay we can just do a meet and greet or we can actually challenge the fans to do something that they love to do anyway, which is jump’.”

Around 100 fans got to take part in the experience by the end of the two-hour event, armed with pairs of the D Rose 3.5 shoes, a limited edition t-shirt, a signed poster, a discount voucher for the adidas Performance store, and an incredible memory of meeting the real NBA star in person.

"I didn't get to do this when I was growing up, I didn't get to meet an NBA player", Rose says of the experience from his own point of view, “I really appreciate adidas bringing me here."

As for Tidball; at the end of the day his creative vision and aims are as strong as ever. “It’s about keeping your idea incredibly clean so everyone can understand it, from people in advertising to 16 year old kids in Hackney, but also I really believe in this acid test, if your idea doesn’t work out in the real world, it’s not an idea,” he explains. “So that’s what we’re trying to do and when we’ve been going out on the streets telling kids about it, getting those gut reactions tells you you’re onto something. If we’d have had ten kids here today we’d have failed but we didn’t. For a basketball idea in England this is a very good crowd.”

“It’s just organic, it isn’t anything fake,” concludes Marks, digesting the current campaign. “You have to tap into the emotion because people don’t get close to these people. Talkability is what we want and to get people excited about D Rose’s comeback [from injury].” For shots Awards The Americas, director Laurie Rowan dove into the messy business of inspiration to create a gorgeous and hilarious promo. We caught up with him to find out how he got his hands dirty in a CG, photorealistic world. 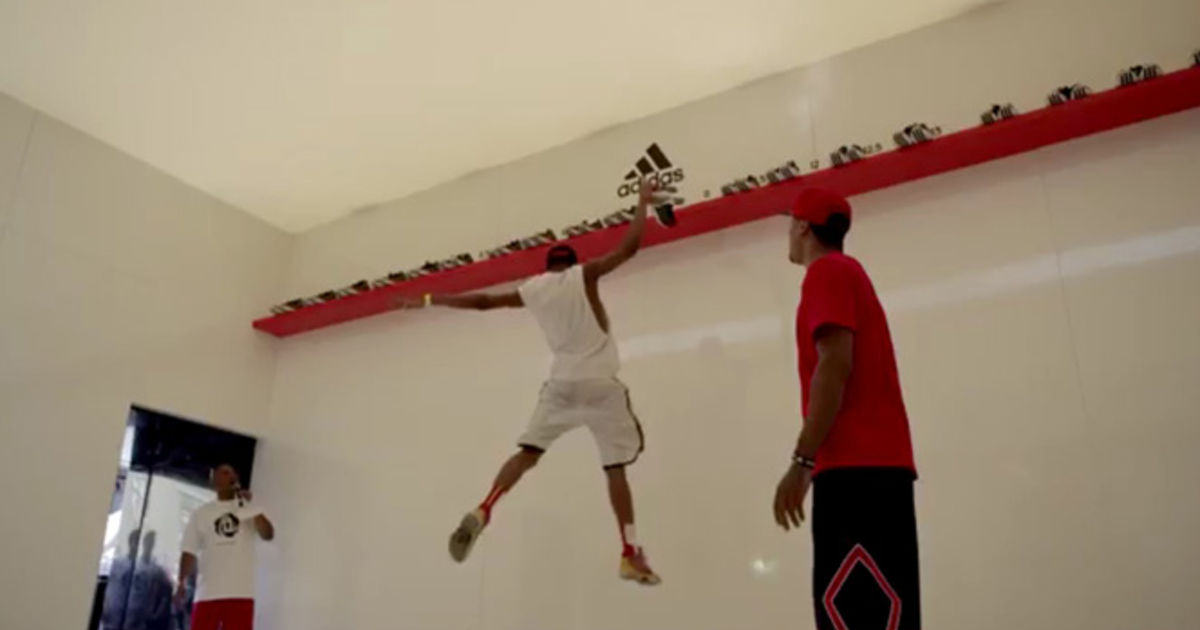 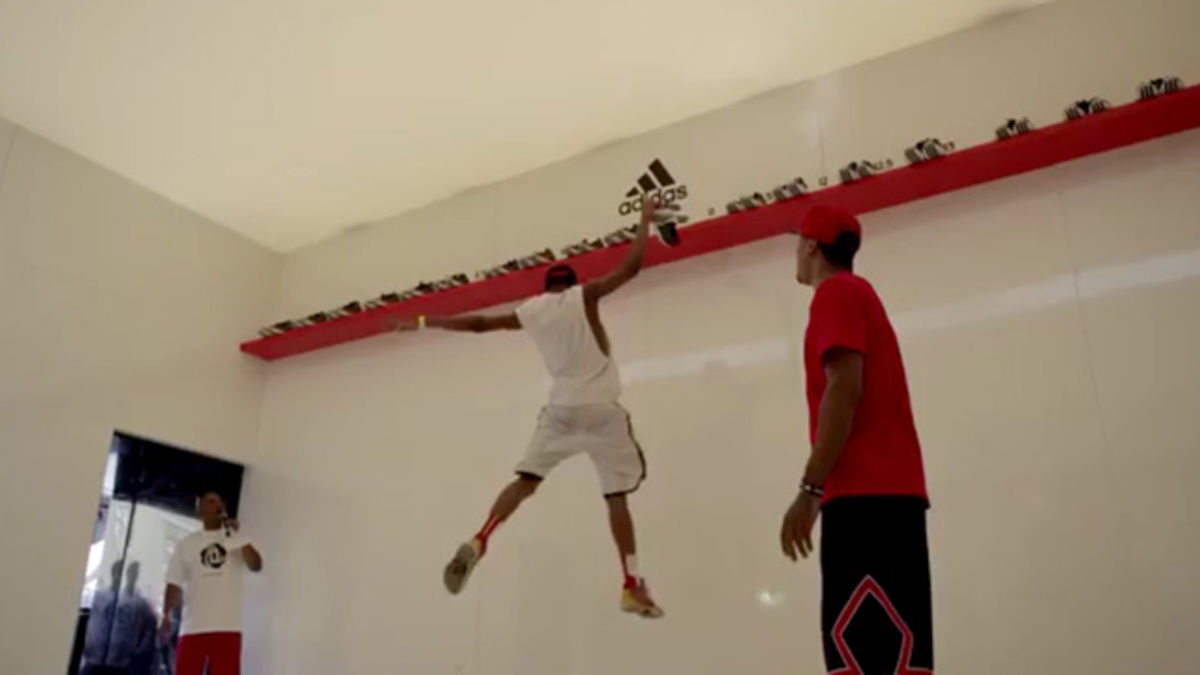