by shots on 4th July 2013
This article was created before we re-designed shots – it may look a little strange or not have the same features as new articles. If you see something particularly wacky, please let us know on shots@extremereach.com
Share 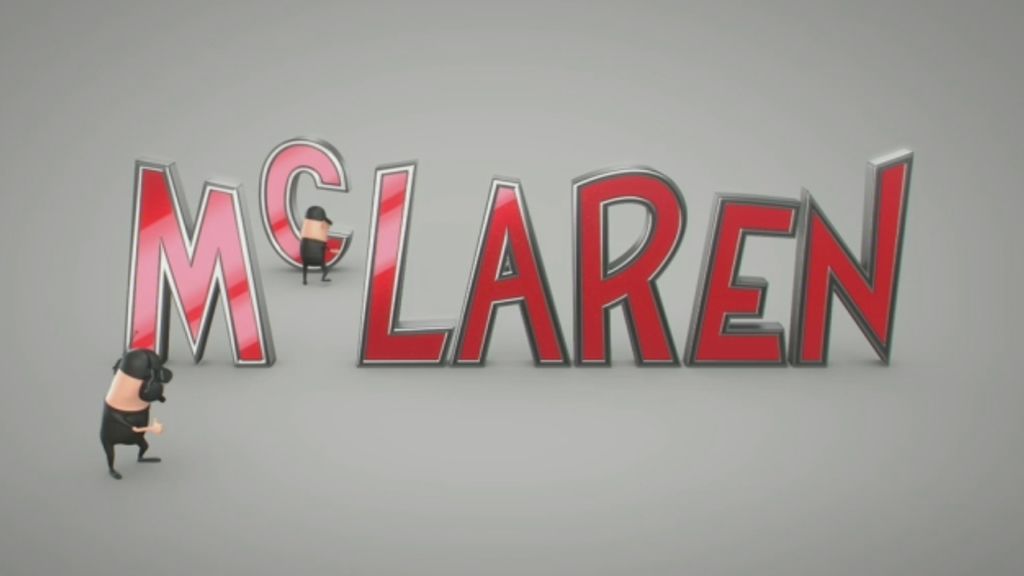 Last year Henry Trotter and Chris Waitt, in-house writer/director at Framestore, created Tooned, a hugely successful cartoon version of McLaren's Formula 1 world. 2013 is McLaren's 50th anniversary and to celebrate that fact the duo has returned with Tooned 50, another series of cartoon episodes which cleverly and humorously charts the history of the company.

Above you can see the first episode in the series and below we talk to Trotter and Waites about the project and why branded content allows for much more scope.

Tell us a bit about Tooned 50; how did it come about and what were McLaren looking for with this campaign?

Trotter: Last year we made Tooned as a series of individual episodes and they were very well received by Formula 1 fans and people in general, so this year McLaren and Framestore were looking to enhance it and make something more ambitious. We wanted to make something bigger and better and bolder.

Waitt: For a while we didn’t know what to do, we were scratching our heads to come up with an idea and then we remembered an old guy we met at Silverstone last year in the McLaren enclosure. His name was Tyler and he was sat at the bar there and we noticed that Jenson slapped him on the back as he went past, so we turned to him and said ‘are you involved in McLaren?’ and he said [putting on a gruff Scottish accent] ‘You could say that’ as he sipped on his malt whiskey. He turned out to be an old timer who had been with the team since the very beginning and even knew Bruce McLaren.

Trotter: He stuck in our minds so later, when we were looking to do something more ambitious with the whole thing, he popped back into our heads.

Waitt: And also the fact that it was McLaren’s 50th anniversary seemed to offer a great opportunity to look at not just the current drivers, but to go into the past and all the great drivers they’ve had, all the various world champions. So it was a golden opportunity.

The original series of Tooned, from 2012, was a big success; did you envision it being as well received as it was?

Trotter: I don’t think anybody knew what would happen when we set off on this. Obviously we’ve made lots of comedy before and we were confident what we made would be funny and people would enjoy it from that point of view, but what was less certain was how Formula 1 fans and McLaren fans in particular would react to our particular take on the team and perhaps the way it’s perceived by the outside world. But our intention was to bring out the fun side of McLaren, and obviously make jokes.

How long has McLaren and Framestore been working together and what’s the nature of the partnership?

Waitt: We formed a special company together to make the cartoons, called McLaren Animation, separate from the racing team, and we very much work with them. We come up with story lines, but we present them to the top brass there and it’s a very open and friendly client relationship. They get their hands dirty, we get our hands very dirty.

We found them to be very up for trying things and being willing to take a punt on original ideas. So in terms of a partnership it’s a very creative one and one with a lot of laughs.

How closely do you work with McLaren on the story/script?

Trotter:  We often pitched the individual stories to Ron Dennis himself, in his office in the middle of the MTC. That’s a daunting prospect to be pitching comedy to the head of the organisation, but basically if we could make him laugh, we’d know it was in. The truth is he does have a good sense of humour and he obviously enjoys the cartoons and has a lot of fun in those script sessions.

Do you think these sort of partnerships, that transcend the traditional idea of advertising, will become more prominent?

Trotter: As advertising and broadcast media inevitably become closer and closer this kind of partnerships is going to prosper more.

Waitt: The interesting thing about it from our point of view, and probably the client’s too, is that it allows there to be programme budgets that, because the things are partly advertising and partly actual shows, are good and healthy at a time when some TV budgets are diminishing. Yet in terms of advertising spend they’re actually probably cheaper than traditional ad campaigns.

Trotter: The key thing about the partnership is that it’s not like traditional advertising: we’re not making adverts, we’re really making a TV show that’s been commissioned by McLaren. And that's great. It fulfils McLaren’s objective, they love the fact that their fans love it, Formula 1 fans love it and people in general love it. That’s enough promotion for them, it’s not really advertising. It's about engaging with an audience.

Waitt: For us it’s a cartoon comedy show, underpinned by some branding objectives, but it’s in no way traditional advertising because there’s no product being sold and at no point have they asked us to do that.

Trotter: I don’t think that’s how they see it.

Did you know in your minds which actors you wanted to voice the characters in the series?

Waitt: The key new one this year needed a big character that could fill the role of this old wise mechanic we knew would be the main character.

Trotter: He needed gravitas, intensity, and you had to believe what he was telling you.

Waitt: So we needed an actor with a great voice with a lot of character and our first choice was Brian Cox, the Hollywood actor from The Bourne Identity, Troy and Braveheart. He loved the idea and came on board immediately.

For those who are sadly no longer with us, we’ve got some very interesting people to do the voices. There are also cameos from other legends of the sport, such as Murray Walker.

What was the hardest part about writing the series?

Waitt: Probably the turnaround time, normally for what is effectively about half an hour of animation of this kind of Hollywood standard it would take a lot longer.

Trotter: It would have around six to nine months of development, whereas we’ve done it in about as many weeks!

Waitt: The other thing we’re dealing with is the balance between real life material, playing off the reality of real stories and the history of McLaren’s cars, and a sort of joke version that’s amusing and entertaining.

Trotter: you could say that’s the other challenge of the series – we’re not writing fictional characters, these are mostly real people that are taking part in the series and we’re making the Tooned version of their stories. So everything we came up with had to relate to the real stories, but still have a cartoon spin on them.

Will there be any more Tooned?

Trotter: A feature film is already in development. 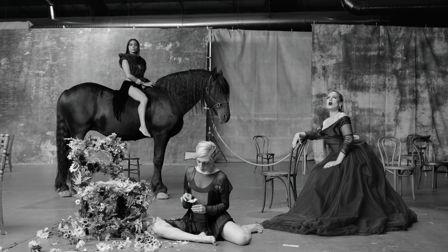 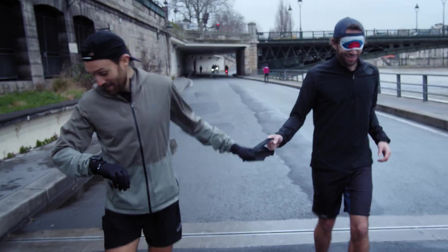 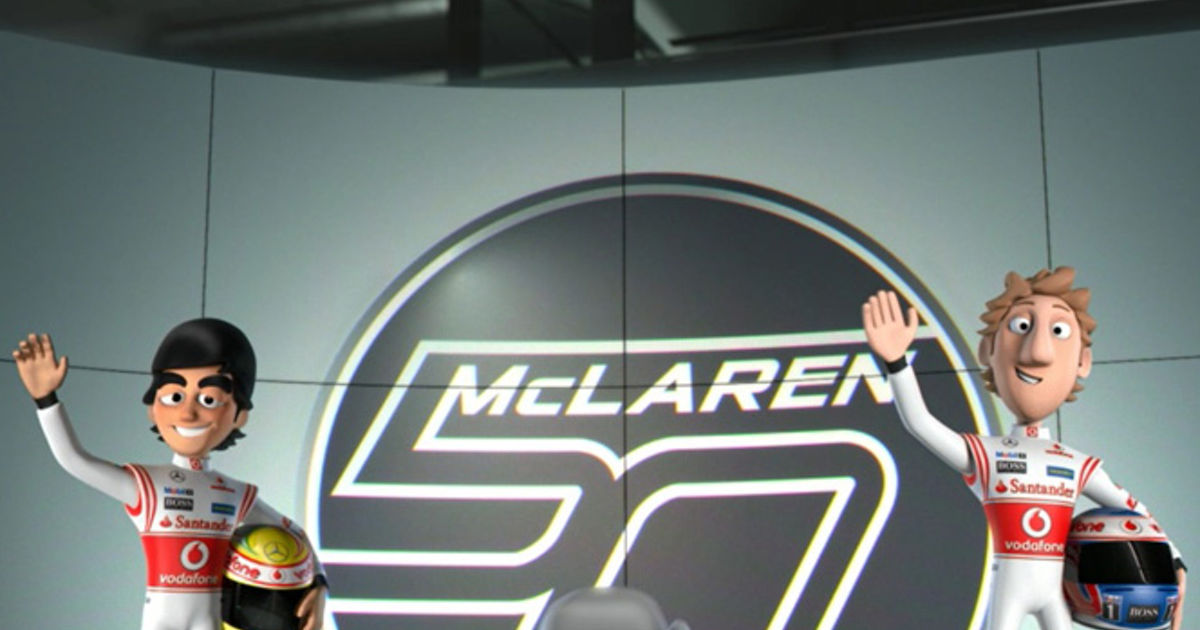 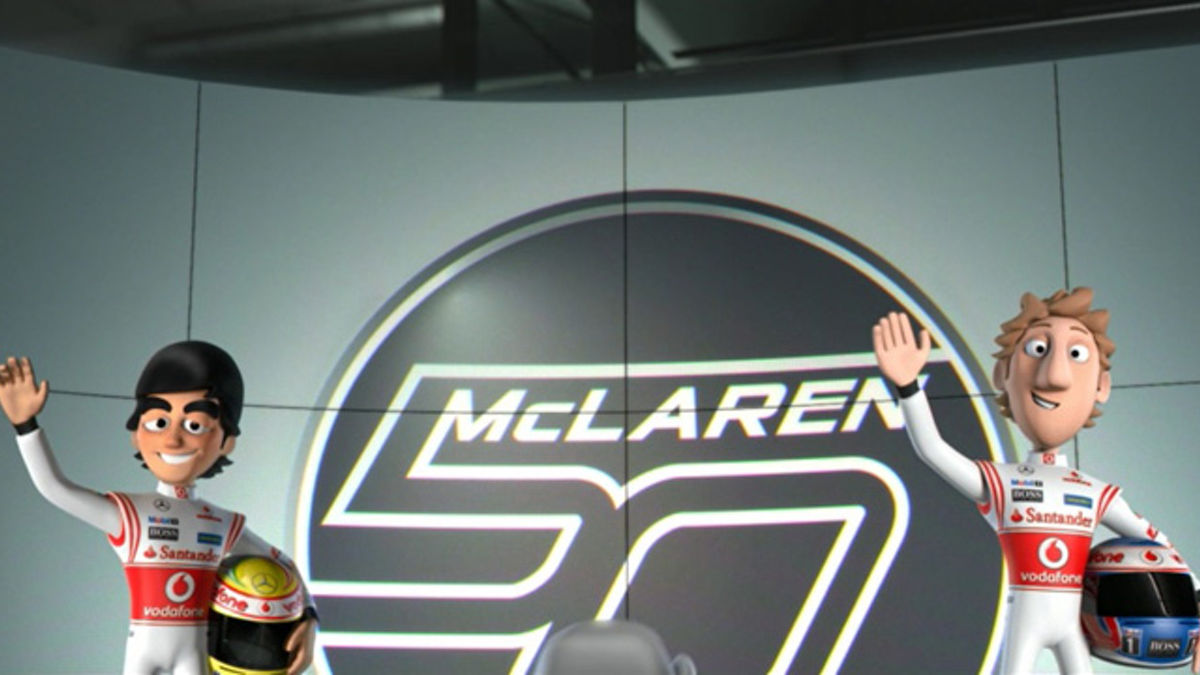