De Sa Garces multi-focused approach to direction has enabled him to explore many different aspects of his craft, including a natural gift for humour, an efficiency for complex VFX and an arresting aesthetic sensibility.

Known for infusing fresh, shape-shifting ideas into everything he creates, Adrian De Sa Garces brings his visual mastery to the American market by signing with Eleanor.

Adrian’s multi-focused approach to direction has enabled him to explore many different aspects of his craft, including a natural gift for humour, an efficiency for complex VFX and an arresting aesthetic sensibility.

Baptized in the fires of 2020, Eleanor has risen to become a champion for creative talent and ideas while continually pushing to discover new voices. Founded by veteran Executive Producer Sophie Gold, Eleanor is presently the only Black female-owned production company in the U.S. Gold’s vision for Eleanor has lighted the company’s path during its first year, attracting a roster of diverse filmmakers who bring unparalleled originality to every story they produce.

As to what initially drew Sophie’s eye to Adrian, she comments:

A look at Adrian’s reel reveals an innate sense of what is contemporary. He is a master at creating layered, enticing visuals, and seamlessly integrating VFX to drive the story.

“From the smooth transitions, choreography, and production design of his Vodafone DJ Skateboard spot; to creating photo-real VFX of triplets in the womb for Cadbury; to bringing Muhammad Ali back into the ring for Showmax – every frame is considered. Adrian knows exactly how to craft a visual feast to sink your teeth into.”

Raised in the Namibian Desert, Adrian studied art and photography in Johannesburg. He got his start working in motion graphics and animation, which gave way to live action filmmaking. Adrian’s breakthrough moment came when he was approached by the South African Film Commission to craft a fictional film trailer that would promote the country as a filming destination. His talent for balancing narrative and style was evident straight away, leading Adrian to win a prestigious Loeries Award for the ad.

Since that auspicious beginning, Adrian has been steadily building a deep and diverse body of work. Adrian credits his adaptability to working as a homegrown talent in the South African market, which earned him the reputation of a unique problem-solver. As he says, “For much of the work on my reel, the solves required a diligent eye for detail and a lot of invention. Figuring out how to take a complicated idea and translate it into an imaginative but workable one…I’m there until the last drop of blood is absorbed.”

Frequently tapping into his VFX background, Adrian is able to deftly integrate strong CGI components without sacrificing believability or beauty, as seen in top-shelf work for brands such as BMW, Coca-Cola, Standard Bank, First National Bank, Chicken Licken, and VW Polo. Adrian has earned a legion of accolades for the immaculate visual worlds he creates, including Gold at the Dubai Lynx Awards, Bronze at Europe’s Premier Creative Awards, Millward-Brown’s Best Liked Ad of the Year, Gold, Silver, Bronze Awards at the Loeries, as well as Craft Certificates for Animation, Special Effects and Direction at the Loeries.

Adrian has delivered round after round of high-style imagery while being represented by Egg Films in South Africa, Annex Films in the U.K., and Nicholas Berglund in Europe, Asia and the Middle East. Ever pushing forward, now Adrian’s sights are set on piloting the continuation of his impressive career into the U.S. market.

Adrian says he hopes that involves further unpacking his more sensory approach to filmmaking, with a particular focus on connecting his visual work with agencies and brands that truly prioritize creativity.

Being quite adaptable, I’d like to embrace a slightly looser, wilder side, and that includes further sharpening my comedy toolset by working with writers who excel in that area.

Thankfully, Adrian has found just the right partner to chart the course with. “When I was approached by Sophie, it was clear she paid special attention to the details of my work,” he remarks. “Eleanor is quite progressive, and that’s the kind of company I want to be part of as I continue to challenge myself in my creative pursuits. I’m keen to go on an adventure.” 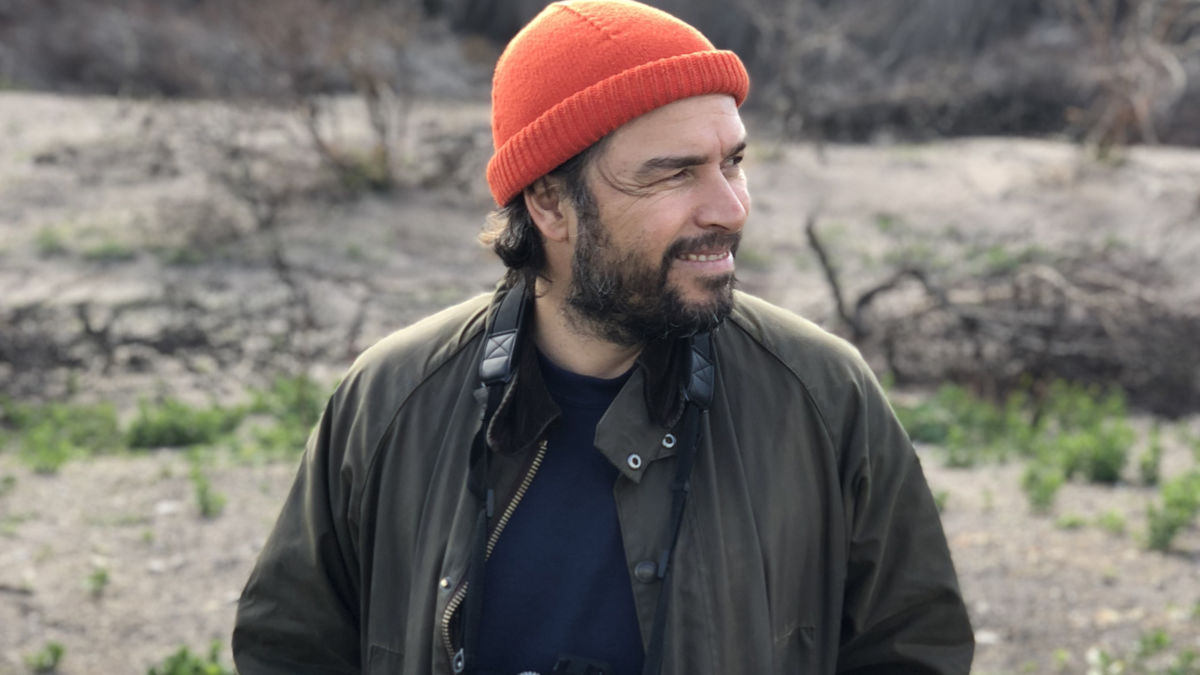