Candour on the Croisette: a climate protester's Cannes ban

As the world’s summers heat up, the inconvenient truth that humans seem to be hurtling towards self-destruction could be deemed taboo. Gustav Martner, Head Of Creative (Nordics) at Greenpeace, was ejected and banned from Cannes Lions 2022 for his protest against fossil fuel advertising – here he explains his mission to urge creative communicators to speak up.

He was an ECD at CP+B, Chairman of the Swedish Advertising Association and has been a member of numerous awards juries, including D&AD, The ONE Show, Art Directors Club and Cannes Lions. Yet on 20 June, during the opening ceremony of this year’s Lions, this celebrated industry figure was ejected and banned for the rest of the Festival.

His action saw him mount the stage, hand back his own Lions award – which he received for a car ad in 2007 – and unfurl a banner warning that the planet's demise might not work out so well for the business.

This year, the UN’s Intergovernmental Panel On Climate Change issued a report that suggested tighter high carbon/fossil fuel advertising regulation was required. Among many green initiatives in the creative industries, over 30 organisations have launched a European Citizens’ Initiative (ECI), calling for a new law that bans fossil fuel advertising and sponsorship in the EU.

Here, Martner tells shots about the response to his actions at Cannes and how he's hopeful that the ad industry is approaching a crucial turning point. 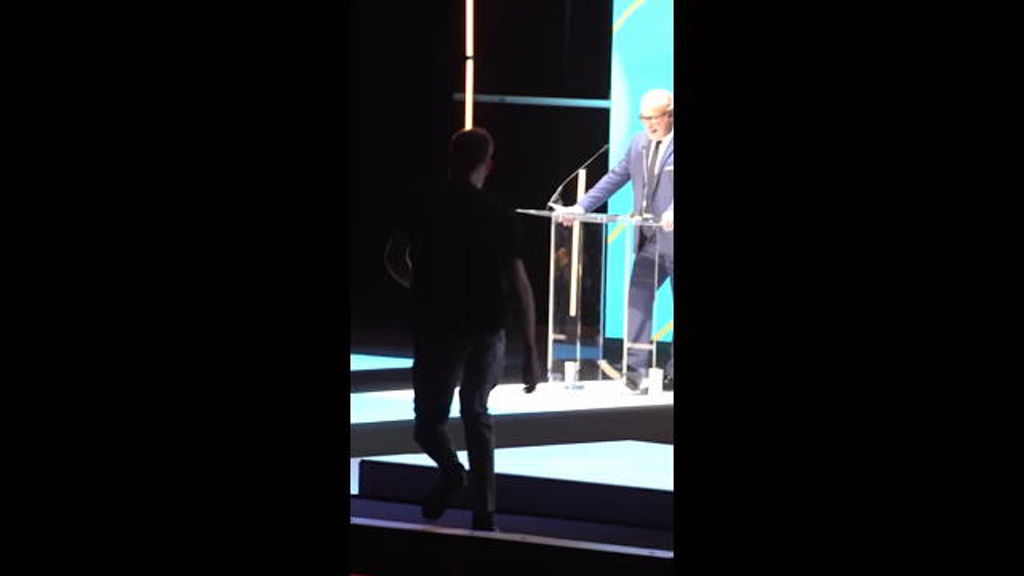 The video of Martner handing back his Lion garnered more than a million views.

"During the week of Greenpeace actions at the Cannes Lions Festival, I spoke to dozens of creatives and people who make this industry thrive, and the reaction to our organisation's call to legally end fossil fuel advertising in the EU was overwhelmingly positive.

Nobody I spoke to disagreed, on the contrary, a week after the action, hundreds of supporting messages were showing up on LinkedIn, Twitter and Facebook. People invited me to their podcasts, shared our petition and they sent DMs and shared their personal thoughts about how crucial this change could be for the industry.

The video of me handing back the award has now over one million views. The comment section is mostly positive, the negative notes come from climate deniers or trolls that don’t belong in the ad industry.

Tobacco advertising was banned at the beginning of this century for the same reason: the product was killing people.

So, why isn’t more happening? I mean, we have a climate crisis, extreme heatwaves, spiking gas prices and a war in Ukraine funded, to a large extent, by the fossil fuel industry. And then here comes an idea that is pretty simple and could do a lot of good: 'let’s reduce over-consumption by legally banning the propaganda for a deadly product.'

Sound familiar? That’s because tobacco advertising was banned at the beginning of this century for the same reason: the product is killing people. So, how on earth could a fossil ad ban not already be in the process of being implemented?

To answer this question, we need to look at who the people in power are. SPOILER ALERT: they are not the ones writing supportive comments on my LinkedIn post, nor sending me DMs." "The trade bodies that represent agencies and advertisers have a strong tradition of pushing back on any regulatory ideas.

It’s like a silent contract between the different advertisers, supported by the agencies, that sounds a bit like this: 'Back in the days it was that guy selling cigarettes that got the heat, now it’s us selling fossil fuels and services and next time they will come after you for selling coffee. So, let’s just agree that we will push back on every regulatory proposal'.

The reaction to our call to legally end fossil fuel advertising in the EU was overwhelmingly positive. Nobody I spoke to disagreed.

The difference now, however, is that the company selling coffee is already taking a massive hit from global warming, and it will become worse every year.

So, is it really smart for an advertiser who relies on any crop, such as coffee, to help the fossil fuel companies, when climate change is about to ruin their business?

And how could, let’s say, a company currently selling only electric cars not be in favour of a fossil ad ban? Should these start-ups, with their pledges to fight for the climate, help the oil majors to stay in business? It’s time for the trade bodies to change their position and support the movement Ban Fossil Fuel Ads." 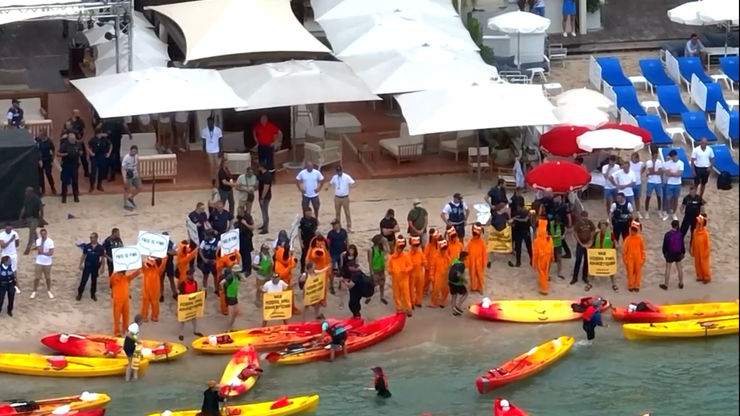 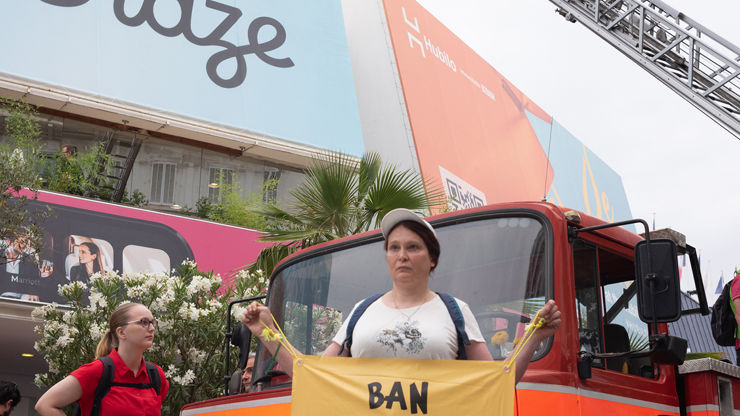 Greenpeace staged a number of protests at this year's Cannes Lions, from scaling the Palais to a flotilla of boats landing on the WPP beach.

"We are made to think that the advertising industry is led by creatives – people who love the practice of making fantastic advertising. Even though you might find one or two of these in the boardrooms of the biggest agency networks, the vast majority of people at the top of the advertising networks are suits who are passionate about anything that keeps their stock price up.

If that’s a fossil ad ban, they would implement it tomorrow.

We need front-runners to prove how avoiding advertising fossil fuels can benefit their business, by improving their brand profile. In the late 60s the creatives got more power over the advertising businesses – that helped to re-invent the advertising industry and led to a creative revolution.

It’s time for the creatives to speak up again: – re-invent the industry, make it a front-runner for a healthier and greener world, instead of a blocker!

It is truly sad to see great creative minds helping in this destructive plan, when they could be developing clever ways to stop the world’s biggest polluters instead.

We know that conversations are happening now within agencies, and the industry at large, about ending oil and gas greenwashing and dropping fossil fuel clients.

Loads of agencies like the ones taking part in the Clean Creatives project have already done it and we are hoping that there will be more to follow.

Others, like WPP, have just reiterated their commitment to keep working with the fossil fuel industry. Agencies should see that that level of complicity can also damage their reputation. Marketing the ‘green side’ of firms like BP and Shell is just a smokescreen to hide their true colours: more expansion plans, more emissions and more displaced communities around the world.

To keep us hooked on oil, the fossil fuel industry needs to try to mislead and distract and manipulate the public. It is truly sad to see great creative minds helping in this destructive plan, when they could be developing clever ways to stop the world’s biggest polluters instead.

But hope exists, not only in the messages of support I have received." 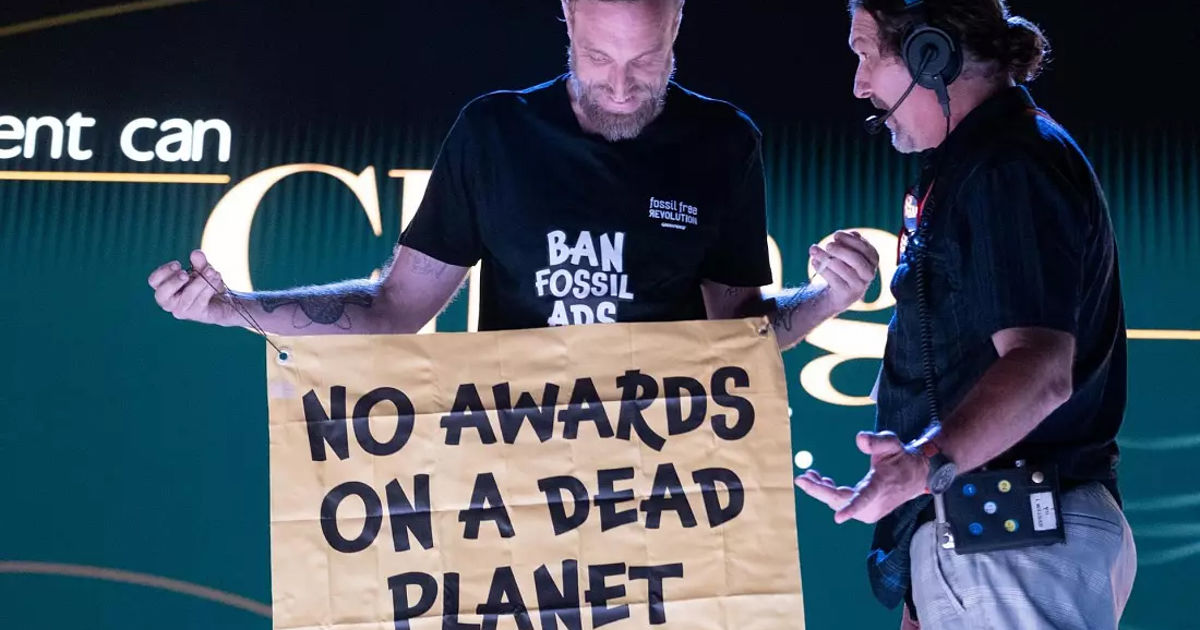 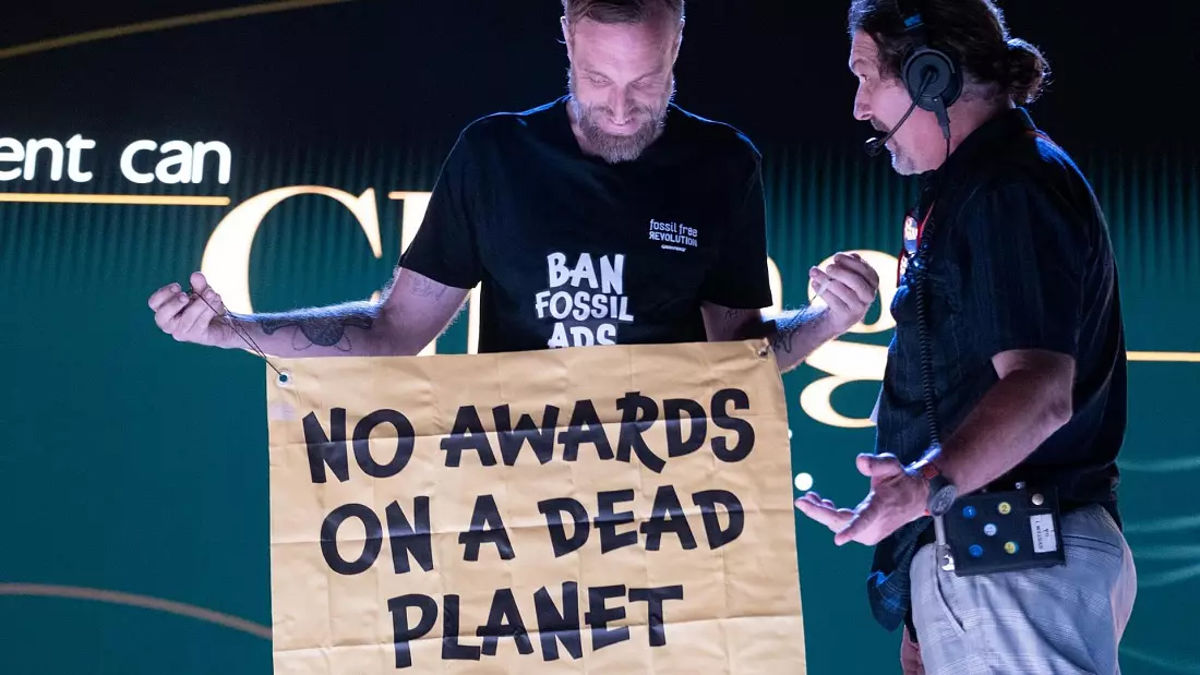