The team behind The Turning of the Leaves pay a different kind of tribute to the fallen soldiers of WW1, in an installation set to be unveiled this Sunday.

by shots on 8th November 2018
This article was created before we re-designed shots – it may look a little strange or not have the same features as new articles. If you see something particularly wacky, please let us know on shots@extremereach.com
Share 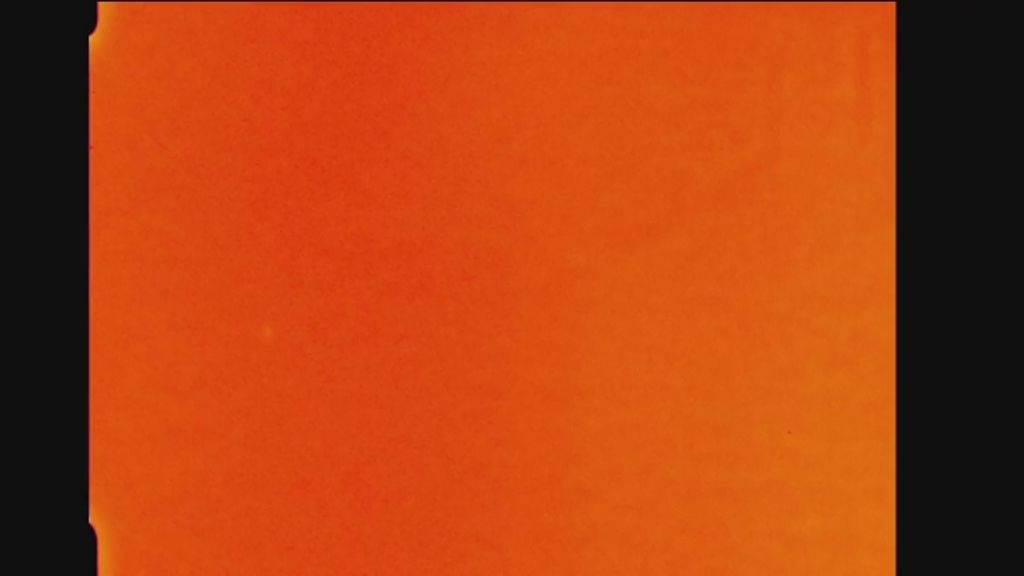 This Sunday [11 November] marks 100 years since the First World War came to an end with the signing of the Armistice, and amongst the myriad memorial services, parades and seas of poppies honouring the fallen, London's Union Chapel is marking Remembrance Sunday with a thought-provoking audio-visual installation.

Written and directed by artist and poet Jack Miguel, in collaboration with COMPULSORY director and filmmaker Taz Tron Delix and electronic musician/sound artist Josh Grey-Jung, The Turning of the Leaves will explore how WW1 shaped modern masculinity and the challenges facing men today amidst inherited narratives of power, violence and invulnerability.

Watch the trailer, above, and read on for a Q&A with the creative team.

The title of the piece is based on a ceremony that takes place in Manchester Cathedral, in which a page is turned in the Book of Remembrance. How did you hear about the ceremony and is that where the idea for the project as a whole came from?

Jack Miguel: The original brief for the commission (from the Union Chapel) was to investigate the link between WW1 and contemporary masculinity. I began to wonder what, if anything, links these two big subjects and through my research I began looking at the phenomenon of intergenerational trauma, the things that are passed down from one generation to the next. I also began investigating remembrance, do we engage in remembrance in a positive way as a society? If past traumas are felt generations down the line how might we release ourselves from it? I read about the ceremony in Manchester and considering everything I was learning and writing about I felt that the title worked beautifully, it encapsulated a lot of what the project was about. In the project, you set out to explore the effect of the First World War on contemporary masculinity and the challenges facing men today. There’s been a lot of coverage around the crisis of modern masculinity and its causes in the past few years, what did exploring it from the WW1 angle uncover? Has the project made you question your own definition of masculinity?

JM: WW1 was a situation in which an entire generation of men returned home traumatised to some degree and I think the implications of that on families and wider society must have been massive. The latest research on the subject of intergenerational trauma shows us that one person's traumatic life experience can affect subsequent generations on a genetic level. I found that difficult to get my head around. You mean to tell me I could be carrying around something that happened to an ancestor of mine that I’ve never met? It helped me realise that where we come from is more important than I had previously thought.

How does this relate to masculinity? Well, it’s about the fact that what is passed on to us has massive implications in our lives and on who we interact with. During my research I interviewed a lot of men and attended men's groups. A unifying issue among a lot of these men was a damaged relationship with their fathers and it became apparent to me that it’s going to be hard to move forward until we confront some these things. It may be that you don’t have direct lineage to someone who fought in WW1, but the point I’m making is that these past events have more of an effect on our lives than we might think.

"The narrow Western concept of masculinity that has been inflicted onto [us], embedded, taught and passed down is damaging and now it’s our chance to deconstruct these myths and break them down."

I don’t think I had a workable definition of masculinity or of what being a man meant and maybe that speaks volumes in itself; this project has definitely caused me to take a closer look at myself and why I am the way I am.

Taz Tron Delix: This project definity got me asking questions about where we are now as a society. The angle Jack came at this with - the concept of inherited trauma - made a lot of sense to me. I believe our narrow Western concept of masculinity that has been inflicted onto [us], embedded, taught and passed down is damaging and now it’s our chance to deconstruct these myths and break them down. The piece weaves together a huge amount of visual and auditory material, and draws on sources as diverse as Jung, Ted Hughes and Kendrick Lamar – can you tell us a bit about the research and creative process and how you worked with Jack Miguel and Josh Grey-Jung, to achieve the final result?

JM:: Conceptually I was pretty clear on what I was trying to achieve with the work and what kind of an effect I wanted to have on the audience. I like to work in a way that allows for the spirit of the work to drive practical decisions as much as that's humanly possible. Both Josh and Taz are incredible artists who inspire me a lot and I'm so thankful they wanted to collaborate with me on this.

TTD: Jack had done all this amazing research and really gone in depth with the subject matter, creating a huge body of written work, which he brought to me and Josh separately, letting us both sink our teeth into the conversation and reflecting our own views, questions and experiences of masculinity. I now perceive the piece overall as a reflection of these conversations between us. We were all very drawn to Jung’s writing on the shadow, the self and the ego and these ideas lent great devices to tackle such a complicated and psychological subject.

"A proper initiation into “life” is realised by facing the inevitable “death” of ourselves and everything we know."

With the film, we knew we wanted to create three films that represented and defined these themes, but also there needed to be moments of crossover and synchronicity between them. I went away and started to explore visual ideas and identities that could capture and provoke emotions that fell into these realms, heavily swaying with the manipulation of light and shadows. I knew I wanted to capture these ideas before I exposed myself myself to what Josh had created sonicly. This meant in post I could rediscover the meanings of the images we had made, and respond to the soundscape in a stream of consciousness and spontaneity. Josh Grey-Jung: Having taken part in the men’s groups alongside Jack and reflecting on my own research into Jungian theory of the collective unconscious, I was particularly drawn towards his analysis of initiation rites and their importance in the transitional phase from adolescence to adulthood. It left me thinking about the ways in which these ritualistic practices have become watered down or trivialised by our culture.

A proper initiation into “life” is realised by facing the inevitable “death” of ourselves and everything we know, this shadow world is one that many of us avoid looking at in our day to day lives but it is undoubtedly where some of the richest learning experiences take place. This was my starting point for developing the sonic world that accompanies the text and visuals. How long did the film take to put together? Were there any elements which, looking back, you would’ve liked to include or remove, and why?

TTD: The project was super ambitious from the get-go. We had three different journeys we needed to create for each projection, each lasting around 30 mins. That’s a feature film edit when you add all the timelines together, with a week-and-a-half turnaround. Yikes! With one super long day/night to shoot it all, and on top of that, me and Ruben Wooding Dechamps (DOP) decided to shoot most of it on out-of-date, 30 year old 16mm film to create a unique aesthetic. I can tell you we used something from every scene and it worked perfectly, the limitations worked to our benefit. Nothing went to waste and I wouldn’t change a thing. What’s special about the Union Chapel as a space for the installation? What can audiences expect?

JM: The Union Chapel is an amazing space and has actually been voted London's favourite venue a few times. It was built in the 1870s and it was built in such a way that every seat in the chapel has a clear view of the pulpit - this gives it a strange quality in that it feels both cosy and vast at the same time. People can expect a thought-provoking experience in a unique space.

The Turning of the Leaves is at the Union Chapel, Islington, London on Sunday 11 November, 6-10pm. Entrance is free. For more information, click here.