How Fake Content Became a Failed Ad & a Real Film

by shots on 30th March 2017
This article was created before we re-designed shots – it may look a little strange or not have the same features as new articles. If you see something particularly wacky, please let us know on shots@extremereach.com
Share

Kristoffer Borgli's new film, DRIB, which premiered earlier this month at SXSW, is borne of failed advertising campaign which tried to use a YouTube-famous person named Amir Asgharnejad who gained notoriety after being filmed antagonising people before same those people proceed to beat the hell out of him.

Amir Asgharnejad in one of his original online videos.

With us? A famous energy drink company and its agency (both of which shall remain unnamed) wanted to use Asgharnejad and his 'fame' to create replicas of those supposedly real films which they would then leak and ultimately have to, as part of the plan, cancel, therefore generating publicity about said campaign and brand without ever needing pay to air them.

Genius. Only no one realised that Asgharnejad's original films were themselves planned and the people who appeared in them with Asgharnejad, himself a comic and stunt performance artist, were in on the joke. If indeed 'joke' is the right word. It all gets a bit meta but ultimamately the real fake campaign for the real energy drink was then cancelled for real, but not before Asgharnejad had been involved in a lot of meetings.

But rather then leave it there, Asgharnejad thought the whole concept could be used to make a film, which is where Bacon director Borgli comes in.

The kernel of the idea for DRIB came from a failed fake advertising campaign for a well-known energy drink; can you please expand on that?

KB: In 2014 a friend of mine did a sort of public performance piece. We had both recently been obsessed with Bret Easton Ellis’ theory on ‘Post-Empire’; how media empires are losing their ruling power over what and who becomes successful or famous.

My friend Amir and I sculpted a character that would find fame through this theory by having him put up videos of him provoking random people to fight on the streets.

It worked, and what happens with ‘edgy’ and ‘cool’ things online that create attention is that they get caught up in that same old empire; specifically a Los Angeles-based advertising agency who wanted to capitalise with a scheme based on Amir’s violent videos.

What they didn’t know was that he was in character and that it was all fake. He spent time in LA, being in meetings, mingles, photo shoots and everything before it all went down the drain. It was the most insane and entertaining story I had heard, and we had to figure out how to make it into a film without getting sued.

It’s a hard film to categorise, being a hybrid fiction/documentary film; how would you describe it?

KB: I’ve been describing it as a genre-blending satire on modern advertising. And when I try to expand on it I end up talking for 20 minutes.

Was the plan always to approach it in this way or did the approach evolve as the project evolved?

KB: Definitely the latter. It was, at first, a straight narrative film. The script had no fourth wall-breaks or any documentary aspects. It was a film about how much frustration and humour came from Amir trolling an advertising agency. But since he plays himself in the film, the same sort of things started happening during the shoot too, which added a layer to the film that we wanted to keep.

A fake commercial for a fake enrgy drink promoting a real film about a real set of events about fake content.

How did you approach coming up with a fake but believable energy drink brand for the film?

KB: I didn’t want it to be a mock-up or something that looked like the real brand (for artistic reasons as well as legal). I wanted to make a brand that would fit the demographic, but within that be as artistically satisfying as possible.

I hired my favourite graphic designer as well as a great fashion designer I was introduced to. Together we made the visual language of DRIB.

How much of the film would you say is fact and how much fiction?

KB: It’s a question I think everyone would ask when seeing the film, and I don’t want to rob anyone of that experience. See it and decide for yourself!

It’s your first feature as director; how did you find the experience and how different was it from directing commercials?

KB: Shooting commercials adds to the total amount of time that counts as experience, I worked with the same core team I have on a lot of shorts and ads, so technically it felt similar; we we’re always on time, we had a great routine and way of working that easily translated to longer format works.

Emotionally and creatively it was a completely different thing. Still the greatest time I’ve had in my life so far.

Obviously, the central idea of the film takes its inspiration from advertising/marketing and its relationship with entertainment; do you think those world will continue to merge and do you think that merger is a positive thing?

KB: I don’t think there’s any reason to have The LEGO Batman Movie other than marketing and money, but I think it’s great that Amazon is creating great films. So, it depends; if brands/capitalism can fund art but not corrupt it, I think there could be something to it, but if we’re going to have 90 minute ads (like DRIB!) I might opt out.

KB: A horror about a rehab clinic for a new drug that trends among upper class kids. And a commercial for milk!

Borgli with actor Adam Pearson, who stars in the film.

DRIB will be released in Norway on May 12 with release dates in other countries still to be set. 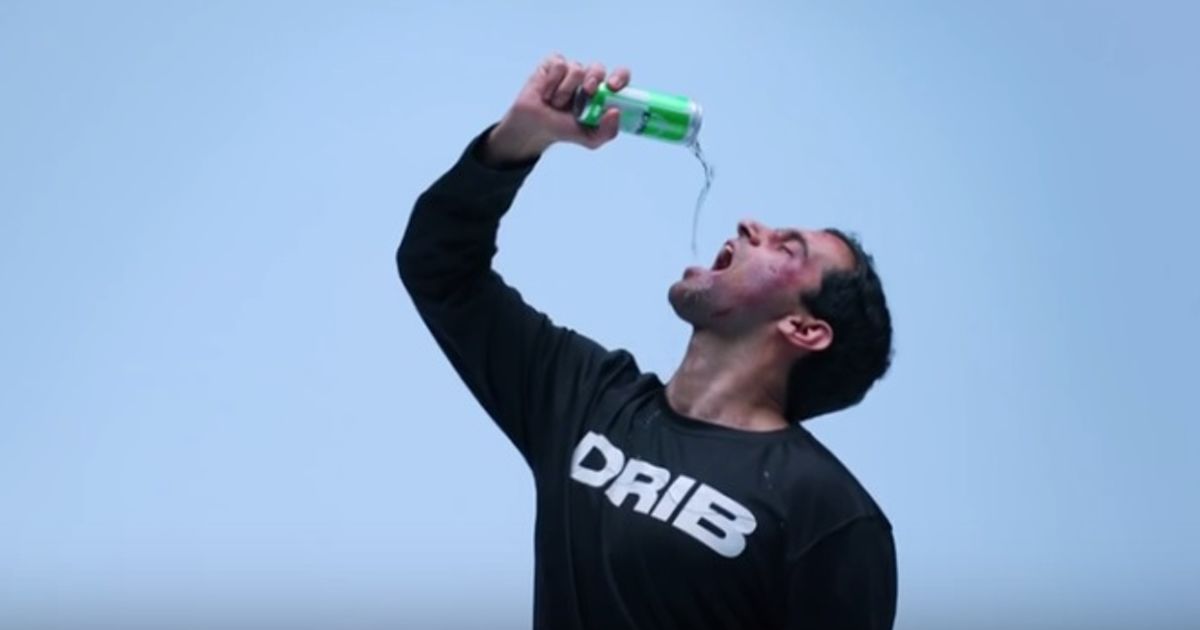 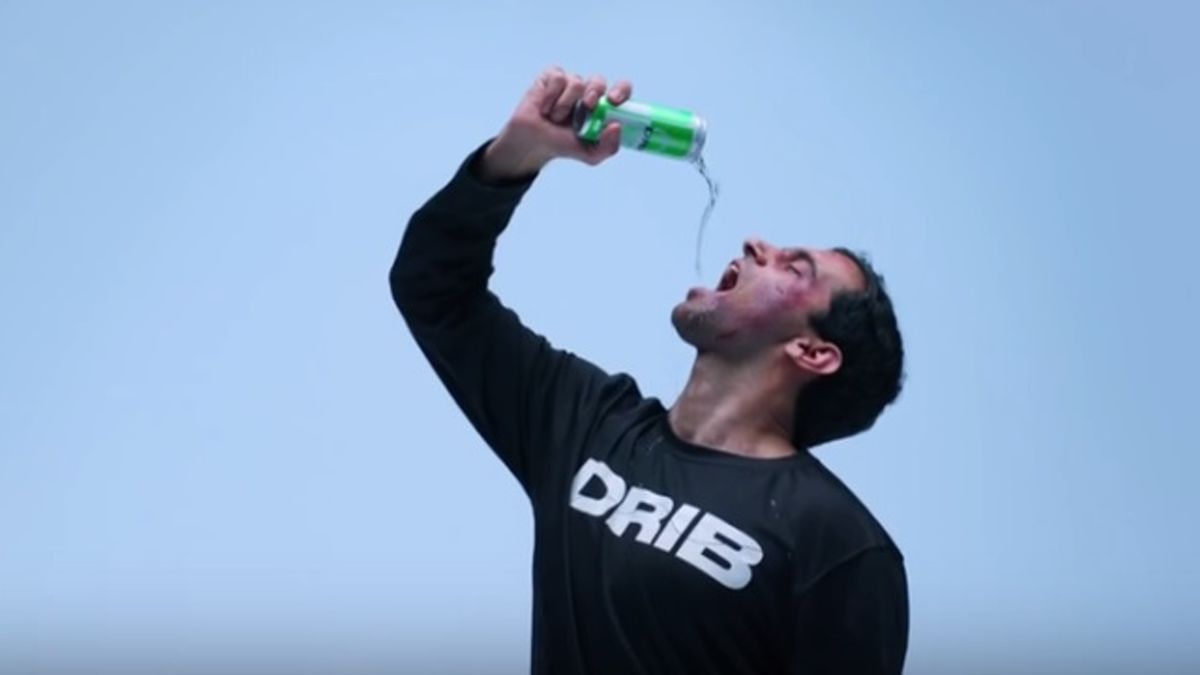