Why it could be time for the #bekind movement to end

Is kindness all too common? Definitely not. Is too much civic responsibility placed on a social media hashtag? Quite possibly. Via hellish hen parties and terrible travel stories Amy Kean examines why kindness needs a rethink.

You don’t need to convince me that “hell is other people”, I’m fully aware.

Although, for creatures that are so unrelentingly despicable, there’s a surprising lack of ad campaigns about how awful we are. These days it’s all: “FIND YOUR AMAZING!” “YOU CAN SAVE THE WORLD!” “WE’RE BETTER TOGETHER!” blah blah blah. Dishonest.

Human beings are awful because we were made that way. We started off as Neanderthals, smashing each other over the head with rocks, and that’s how we’ll all eventually depart this godforsaken planet. Except, when the world ends, the rocks will look and feel a lot like nuclear bombs.

When I think of hell, I think of a hen do. A hen do in somewhere like Corfu, with a load of women I don’t know taking an immediate dislike to my awkward and loud personality.

When I think of hell, I think of a hen do. A hen do in somewhere like Corfu, with a load of women I don’t know taking an immediate dislike to my awkward and loud personality. “Oh. That crazy blonde one? She’s not my cup of tea,” is something I’ve overheard at numerous bridal extravaganzas over the years. Hen dos are the ultimate “hell is other people” vibe. The greatest trick the devil ever pulled was convincing us that a five-day, four-star stay in Prague, with at least three raging, anxious hangovers, is the best way to celebrate your friend from work’s impending wedding.

The trip begins with best behaviours, before descending into drunken, unfiltered bitchiness. Because that’s what humans do. 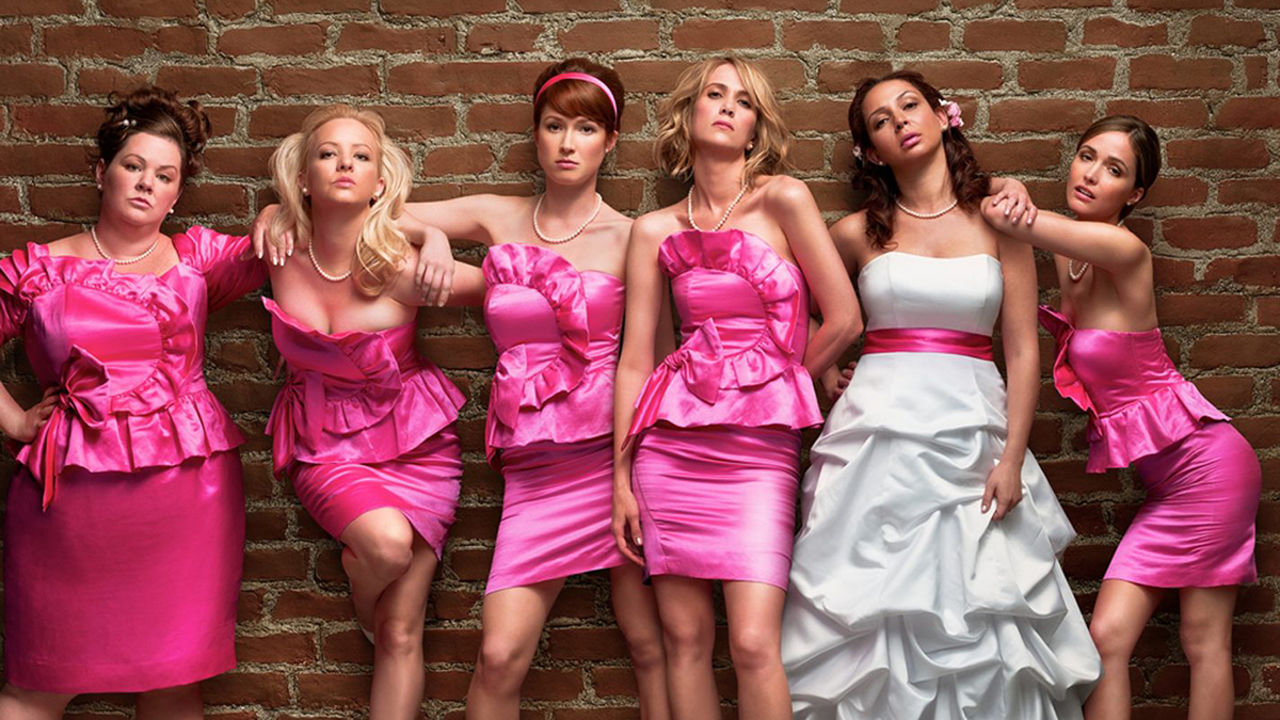 Above [from the 2011 film, Bridesmaids]: Hell is a hen party in somewhere like Corfu.

I guess, in the recent past, hell was the commute. Especially if you lived in London. A sea of grey faces and sweaty backs; never ending tuts and elbows; yells of “CAN YOU MOVE DOWN THE CARRIAGE, PLEASE?!” and “CAN YOU LET PEOPLE OFF FIRST, PLEASE?!” and “CAN YOU STOP PUSHING YOUR PENIS INTO MY LOWER BACK, PLEASE?!” The “please”, of course, is passive aggressive. In pre-Covid commuter times, you’d arrive at your desk at 9am furious, exhausted and, occasionally, a little violated.

Right now, our tetchiness as a species is pronounced. Don’t pretend you haven’t noticed.

So, yeah, hell is other people. Give me a cave furnished with fairy lights on a tiny island in the middle of the ocean and I’d be happy AF. But, right now, our tetchiness as a species is pronounced. Don’t pretend you haven’t noticed. A recent article from the BBC, entitled Pharmacists say abuse from customers is increasing, detailed the dramatic deterioration of the public’s mood.

Pharmacists are just one example of frontline staff being shouted at more, having to use their panic buttons more, and needing to calm people down more. Bernadette Brown, who runs a pharmacy in Fife, said: "[People] are getting more easily upset than they did prior to lockdown. They are getting anxious and concerned so they are taking that out in being more aggressive towards our counter staff." Above: Video calls have become a work staple over the past two years, but workers' mental health has declined.

As much as I hate Zooms (Zoom is how they communicate in hell, btw) I’m averaging about eight a day. This is completely my fault, because I made an active decision to work extra hard in Q1. But, as every Zoom begins, and I ask that same, simple question - “how are you?” - I’m hearing the same response; “Ugh… I’m ok…”.

Social media (an excellent barometer for the common psyche) is like a pageant of pain, a smorgasbord of snark and jabs.

These days we can’t even be bothered to pretend. We’re really not OK. Work is too much. The weather is too much. Relationships are too much. The world is too much. Young people are suffering. According to the Princes Trust, a third of 16- to 25-year-olds have never felt more alone. Social media (an excellent barometer for the common psyche) is like a pageant of pain, a smorgasbord of snark and jabs. Because our default, as humans, especially when we’re stressed and sad, is to be unkind.

And what do we do, when we see people being unkind? We tell them to be kind.

And we use a hashtag; #bekind.

Good intentions are good. Often #bekind is a desperate plea from those of us who watch the world in despair, believing we can do better. #Bekind comes from a place of optimism and hope, and a real desire to help. It can also be an attempt at self-preservation: #bekind is a way of saying “please be kind… to me”. 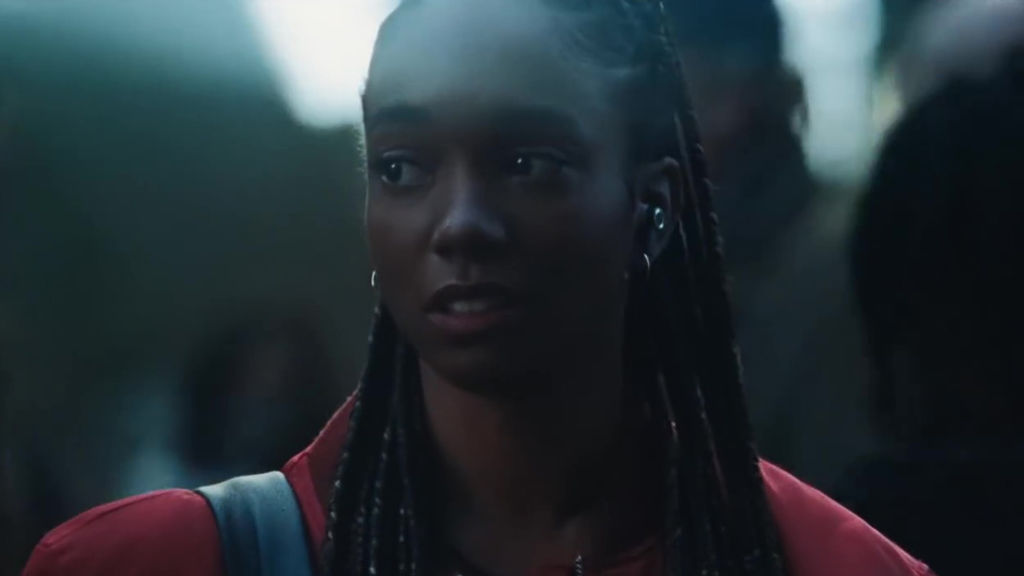 Above: Amazon's 2021 spot extolling the virtues of kindness.

Kindness isn’t a new, revolutionary concept. The word was first used in the 14th century as a way of describing noble deeds. But it’s been bandwagoned by a number of brands in the last 10 years who want to be viewed as worthier than the competition. Some have done it well, like Amazon last Christmas telling us 'kindness is the greatest gift'. (I tried that line on my family instead of buying presents, and they said it was lucky I caught Covid on Christmas Eve and had to self-isolate.)

The ad, with a typically ballady Adele soundtrack, documented the increased anxiety of young people post-Covid and how small, lovely gestures (like buying a young person something from Amazon, lol) can make a massive difference. It was lovely. I just wish Amazon were kind enough to pay more taxes.

If you’re that selfless, Toyota, just donate the fucking money instead of trying to go viral with it.

But, for every Amazon, there’s a heavy-handed attempt that feels icky. Let’s hop back to 2015, and Toyota’s #selflesslie campaign, which gave people 'the opportunity to do something nice for someone else'. The campaign asked people to post a selfless selfie. Every selfie hashtagged on Instagram with #Selflessie prompted a $50 donation from Toyota to the Boys & Girls Clubs of America, with the total donated ending up as $750,000.

If you’re that selfless, Toyota, just donate the fucking money instead of trying to go viral with it. 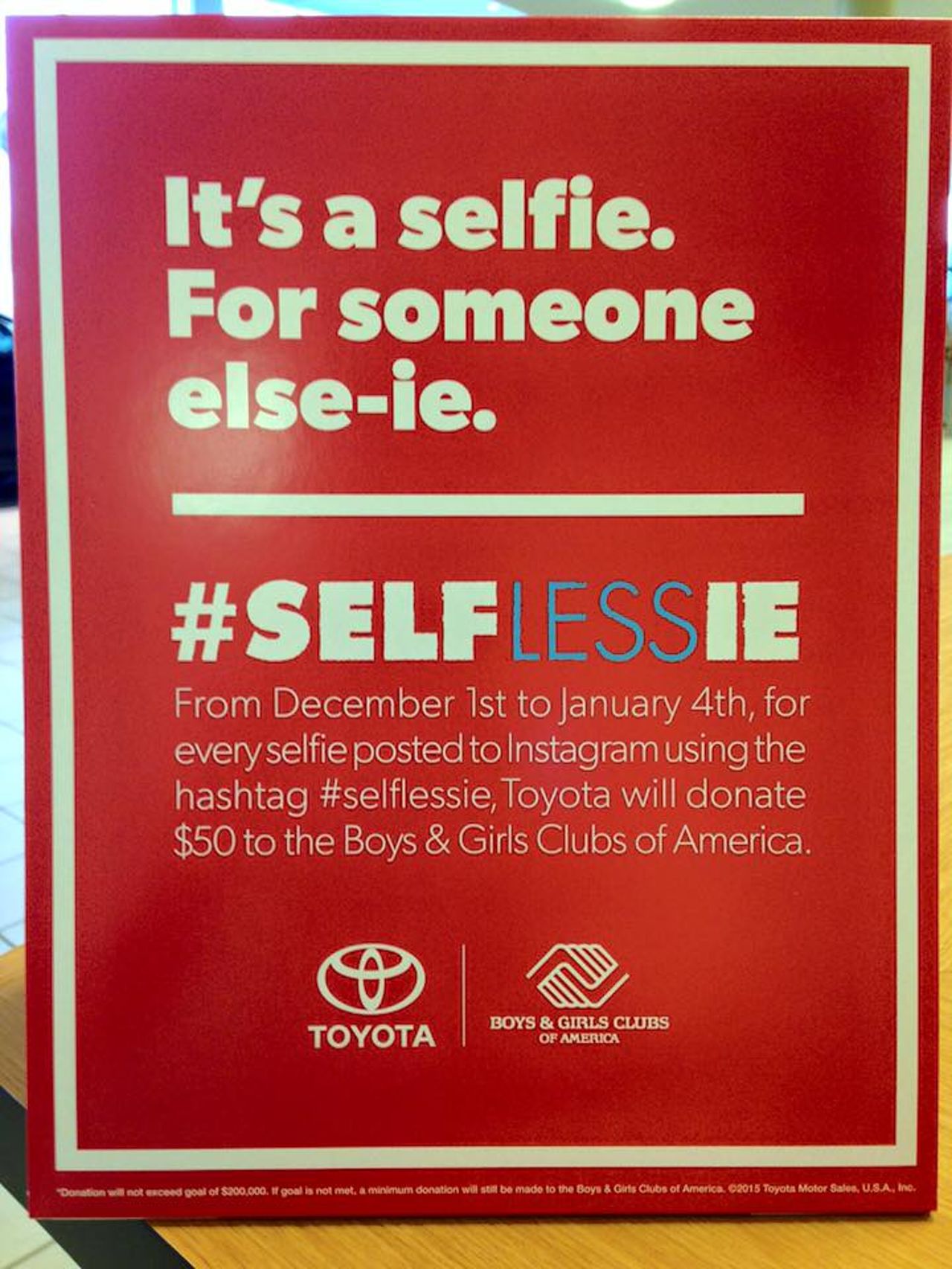 Above: Toyota's 2015 campaign was "heavy-handed attempt" to hardness selflessness.

How effective is telling people to #bekind? Well, what do you think? After all, no one ever calmed down after being told to calm down. I don’t know anyone who 180’d their entire personality because a car brand demanded they be selfless. In fact, the likelihood is that, if you’re feeling pretty shitty and someone tells you to be kind, you’ll probably do the opposite. Because that’s what humans do.

How effective is telling people to #bekind? Well, what do you think? After all, no one ever calmed down after being told to calm down.

When we think we’re being judged, we rebel. Psychologists cite 'recalcitrant emotions' as one of the drivers of such rebellion, arising from our sheer annoyance at being judged by others. Psychologist Michael Lacewing, from Heythrop College in London, states: “A recalcitrant emotion is an emotion that is in tension with the subject’s settled judgement. For example, I may judge that her remark was entirely justified, under the circumstances, but feel angry about it nevertheless.”

Reactance theory (Jack W. Brehm, 1966) in psychology states that “when an individual feels that their freedom or control is being threatened by advice, they are motivated to protect their autonomy”. Everybody knows that being kind is the right thing, that it’s morally correct but, during an era of human evolution in which we’ve been kept inside our homes, we’re yearning for autonomy and emotional agency. So, in theory, this is the worst possible time to demand good behaviour from others. The worst.

There’re ways we can reduce reactance. The first is to imply that people have freedom in these matters. “You don’t have to… but you could. It’s up to you.” This is a weak approach, sure, and wouldn’t work very well in a primary school, but it’s actually more likely to work than simply screaming at each other to be kind. The better approach, however, is to inspire people to adopt the perspective of the person telling them what to do, and try to trigger an understanding of how the alternative would feel. In this way, ads can be good, because they’re able to show a first-person perspective of someone suffering and in need of kindness, which hammers the message home. Above: Instead of trying to #bekind, just "try not to be an arsehole".

Socially, I think we need to flip the script. I think we should stop telling each other to #bekind because reactance just gets in the way. Instead, I think we need to ask people not to act like arseholes. Because everybody knows how it feels when you’re going through a hard time and some fucker makes it worse. Yes, humans are despicable, but we can be nice, too, when we understand what the problem is, and are shown an easy solution.

I think we need to ask people not to act like arseholes. Because everybody knows how it feels when you’re going through a hard time and some fucker makes it worse.

YOU DON’T HAVE TO GO OUT OF YOUR WAY TO MAKE SOMEONE’S DAY BETTER, BUT TRY NOT TO DO ANYTHING THAT WILL MAKE THEIR DAY TERRIBLE.

Now this… this feels achievable. At least now, when - let’s face it - we’re all feeling awful. No hashtags. No judgement. No extra effort required. Screw being the shining light that brightens someone’s day. Just don’t be the raincloud that tips them over the edge.

Try not to be an arsehole. Even despicable humans can manage that.