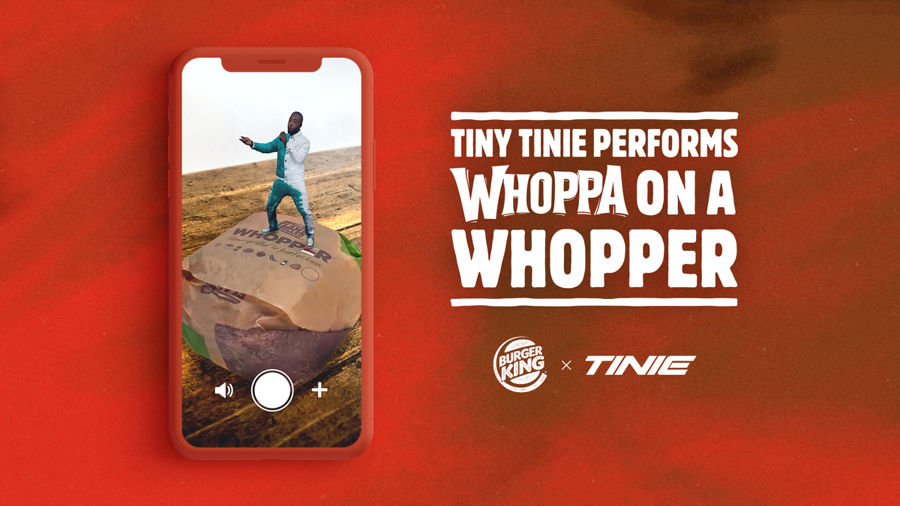 Burger King has teamed up with one of the most legendary UK rap artists, Tinie, to offer a bespoke virtual performance of the music maestro’s summer anthem Whoppa… on a Whopper.

For a limited time, Burger King UK customers will be able to scan a special QR code on their Whopper burger, which will generate a miniature of Tinie, performing his latest hit ‘Whoppa’, with the iconic signature burger as his stage.

In a flame-grilled new frontier for the music industry, Tinie brings the energy and flavour of his latest single to the masses through an innovative and world-first format. From today, anyone who purchases a Whopper can interact with a hyper-realistic, digital Tinie, in an intimate 360 performance.

The miniature concert, created by BBH and produced in collaboration with Dimension Studios, is believed to be the smallest gig ever, and will be the closest many of us have come to a live performance since March this year, when all festivals and shows were inevitably cancelled. 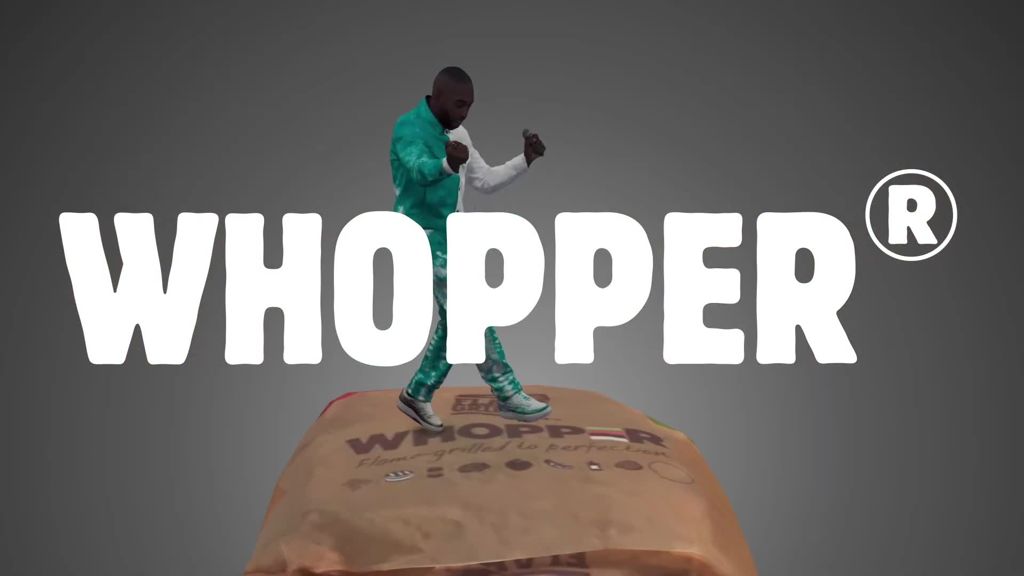 Tinie said: “When we made this song, the vibe was all about summer time and bringing that Latin heat and energy to the UK music scene – not so much about burgers! But when Burger King reached out on Twitter, we immediately knew we just had to collaborate. Of all the ways I’d be launching a single in 2020, I couldn’t have predicted that it would be through a performance on top of a flame-grilled Whopper!”

Katie Evans, Marketing Director for Burger King UK, commented: “As soon as we heard about Tinie’s Whoppa song, we couldn’t help but dream up innovative ways to get involved. Of all of the ideas, this was the one that really brought a smile, and we’re so glad we’re able to offer our Whopper as a stage at a time when we could all do with a bit of fun and frivolity.”

Stephen de Wolf, Chief Creative Officer at BBH London, said: "In a world with no live music, we wanted to give everyone the opportunity to experience an exclusive gig from one of the country's biggest rap artists. And what better stage to do it on than a Whopper. I can't wait for the nation to watch a tiny Tinie performing his new track Whoppa on a Whopper."

Tinie will be performing on all Whopper burgers sold across the UK from 28th July and into August. 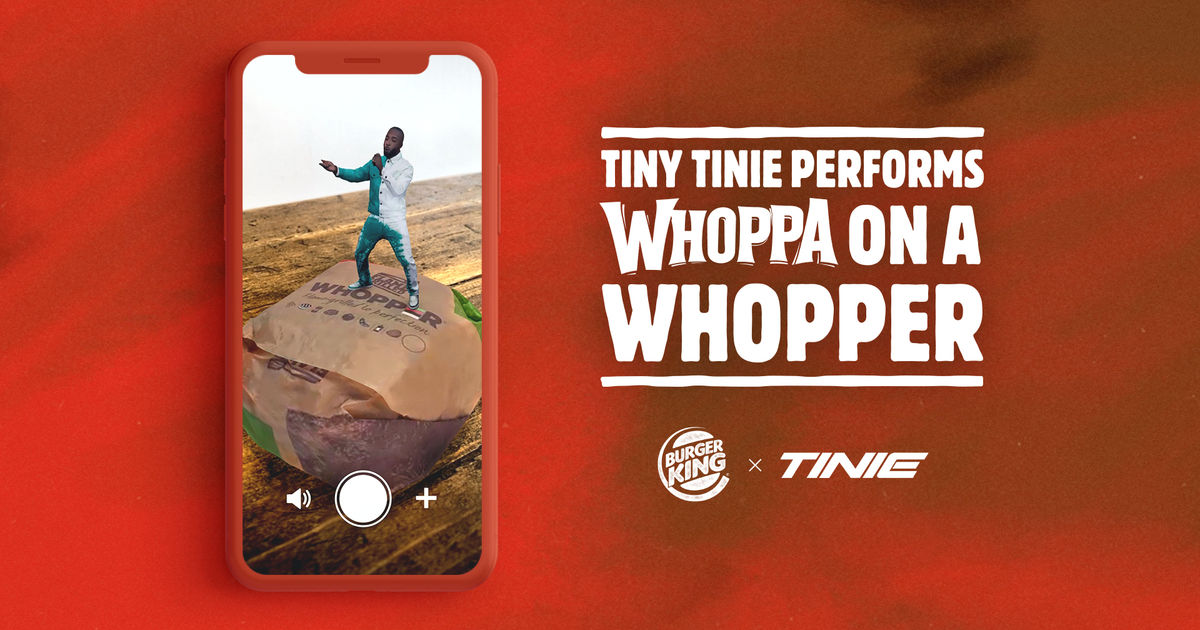 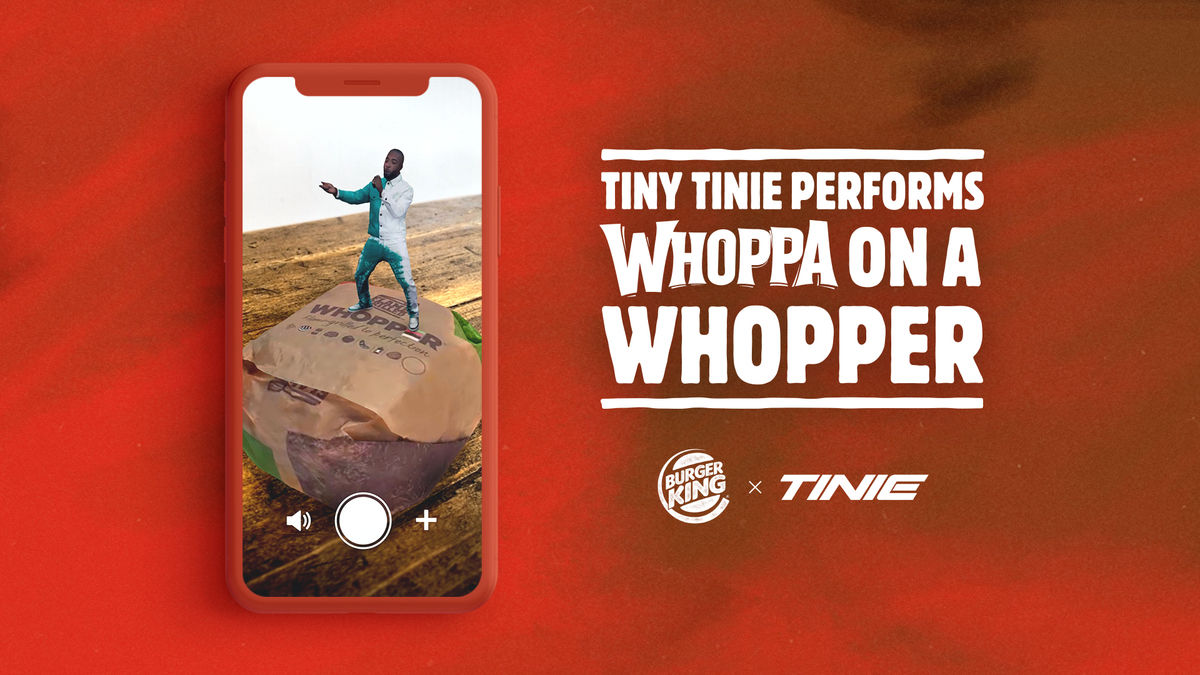