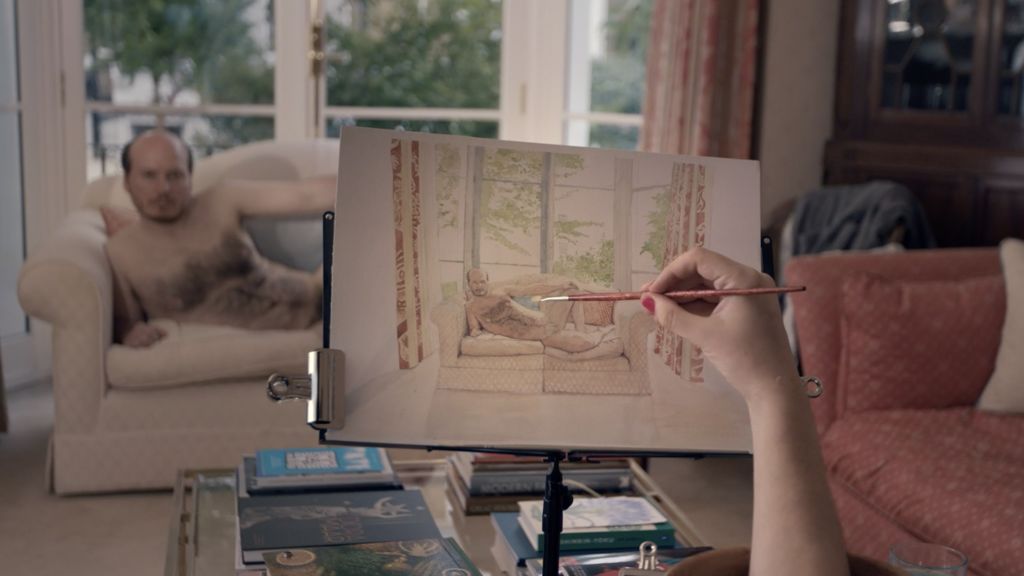 Initially pitched as a ‘lockdown music video’ the duo, who lost that particular pitch, decided that they'd planned enough of it in their heads for it to be worthwhile shooting it themselves anyway. "It was probably for the better," they said, "as we really wanted to experiment with some VFX and take it in a slightly more adult direction. We also really wanted to work with top notch composer Sam Thompson - we’d been chatting for a while about doing a chess-themed musical short together - and this seemed like the next best thing. Our EP, Miles Nathan, and [production company] Spindle, really got behind the idea straight away, so we went for it."

Occasionally we have ideas which, even in the absence of a global pandemic, we wouldn’t want to waste a real actor’s time with.

The film, which also stars the directors, focusses on a man [Beresford] mourning the loss of his girlfriend mid-lockdown. The chance finding, as he's clearing away her things, of some nail clippings leads him to throw them from the balcony. But one lands in a pot of earth and miraculously spawns his lost love... well, her hand and forearm [played by Taheri], at least. And so begins the strange tale of a love reborn.

Below, the duo give us a bit more insight into the film and their reasons for making it.

Did the enforced lockdown inspire a burst of independent creativity?

Lockdown definitely contributed to the idea and the way we went about it all. But in terms of a lockdown-induced burst of creativity, not really. What lockdown has given us is time to mess around and try stuff out.

Where did the idea originally come from?

BT: Gideon initially had this idea for a simple exercise in basic VFX, but we thought why not just turn it into an intimate love story. We’d been watching some fun Pixar shorts and liked the idea of making something ‘sweet’ with no dialogue. It was a toss-up between this or an idea where we’d clone ourselves in a bathtub full of milk, but this seemed easier.

Had either of you ever acted before and how was that experience?

GB: We know the craft inside out. Behnam had a non-speaking role in an episode of My Parents Are Aliens when he was 15, and Gideon played the Tin Man in his Year 5 production of The Wizard of Oz.  Occasionally we have ideas which, even in the absence of a global pandemic, we wouldn’t want to waste a real actor’s time with. In these cases, we have to step in. It works pretty well - we can be meaner and more honest with each other, and it’s worth putting yourself in an actor’s position every now and then.

BT: It was a pretty straightforward audition process, monologue and song. Behnam was fine, but Gideon really blew us away. We just both agreed Gid would be better as the man. He’s also better at crying, having had more practise. 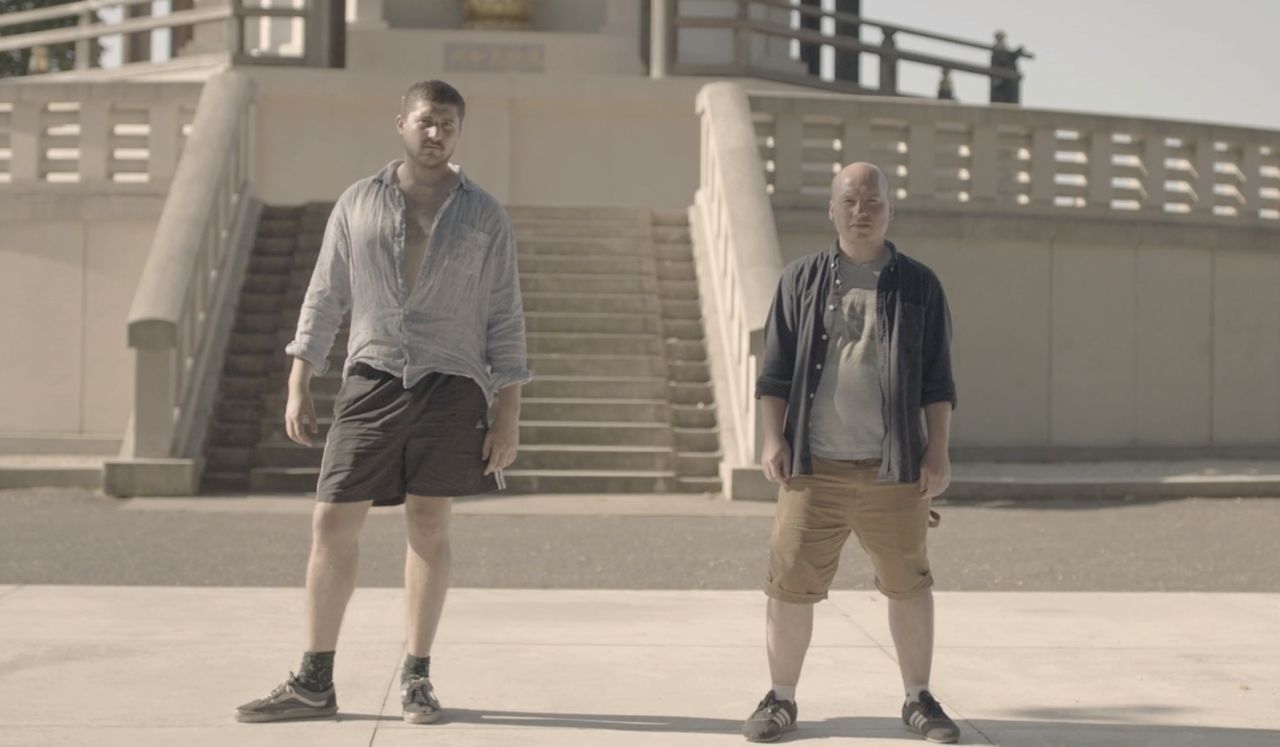 Above [left to right]: Behnam Taheri and Gideon Beresford, aka Rosco5.

How hard is it to act when you're just a hand?

BT: I think it was less hard to act as a hand than it is to try and give direction to a hand. You sort of end up acting with your whole body anyway, and your face makes some very dumb expressions. The hardest part is keeping the rest of your body out of shot, especially a freakishly large head.

What was the biggest challenge of the shoot?

GB: Covid wasn’t much of an issue, as we’d planned it out pretty thoroughly. But Behnam got a huge, gross infection on his foot on the first day, so he couldn’t really stand up, and no-one really wanted to be near him or his rotten foot.

We didn’t have much time, and we were running up and down a very lanky five story house all day. Also, it was just us two and Anthony Lucas (the best DoP money can’t buy) so we all had to double up on things, like production design and continuity.

What are your hopes for the film?

We haven’t really thought about this so much, we just enjoyed making it. Miles and Spindle encouraged us to push it as far as possible but try and keep that balance of comedy, romance and a little sadness intact. We hope people enjoy seeing something a little different that’s been shot in lockdown. 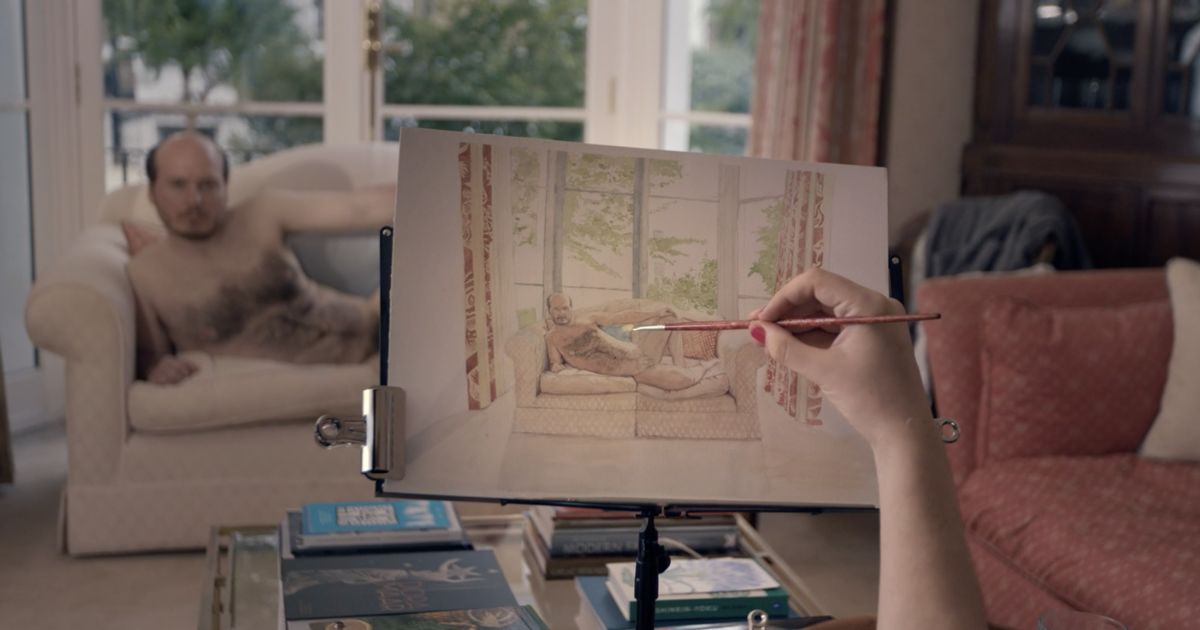 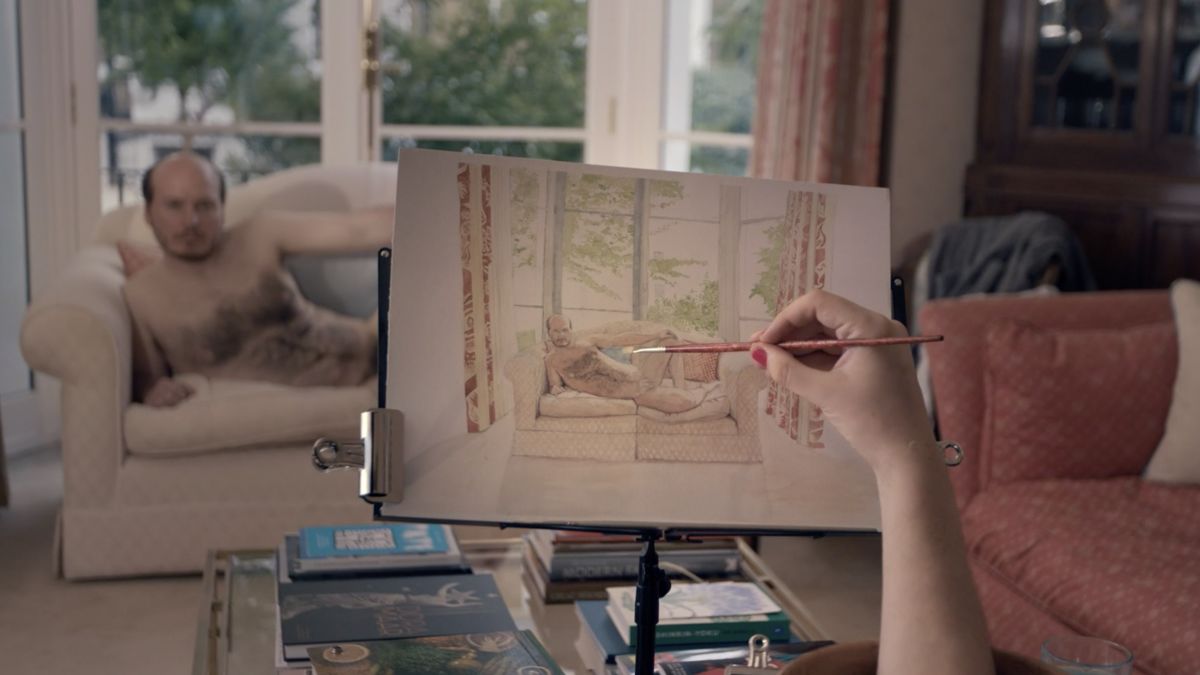