The lure of the new… and how to hack it

Like magpies attracted to shiny things, humans are attracted to the new. This, as The Moon Unit examines, is a hardwired, evolutionary phenomenon that could save your life or help you sell deodorant, because emphasising new is one of the oldest tricks in the book.

No one likes old jokes – everyone wants new jokes. Why? Because humans are hardwired to seek novelty.

First, we’ll explore why that’s the case, and then we’ll discuss how to hack this phenomenon for success in advertising. The appeal of novelty is strongly favoured by natural selection because of its survival value. Simply put, if our brains hadn’t developed to be hyper-focused on the new, we’d be dead.

Simply put, if our brains hadn’t developed to be hyper-focused on the new, we’d be dead.

Picture this: It’s 100,000 years ago and you’re returning to your cave from a hunting trip. What you don’t know is that another tribe has moved in while you were away. In fact, they’re in there right now, and if you come blundering inside, they will kill you.

Fortunately, your brain possesses a genetic mutation which makes you unusually aware of novelties, and you notice some new marks on the edge of the cave. Listening carefully at the entrance, you hear the noise of other humans and decide not to go in, which saves your life. You go on to have many offspring, whereas the person who lacks this mutation does not. Above: We have evolved, from cavemen to modern humans, to be aware of novelties.

Evolution is very clever. Since anyone who is good at learning new things has an evolutionary advantage, our nervous system has evolved to deliver us a small dose of dopamine every time we notice something new. It’s literally pleasurable to us.

Advertising wants to catch the eye, and the eye has a lot of other things to look at. New gets noticed.

And novelty isn’t just noticeable in the here and now, it stands out in our memories too. Think of all the days you’ve worked in your current job. Most of them blur into one. The incidents you remember are when something new or different happened; when you won a big pitch, or someone’s dog went crazy in the office and bit the receptionist. This is because our brains are so fixated on the importance of novelty, they make us more likely to remember the new than the familiar.

Which brings us onto advertising.

Advertising wants to catch the eye, and the eye has a lot of other things to look at. New gets noticed. Advertising also wants to be remembered, since we’re far more likely to buy a product we remember than one which strikes no chord. Therefore, anything new, especially a new visual technique (since film is a visual medium, and human beings are strikingly visual), is an advantage. 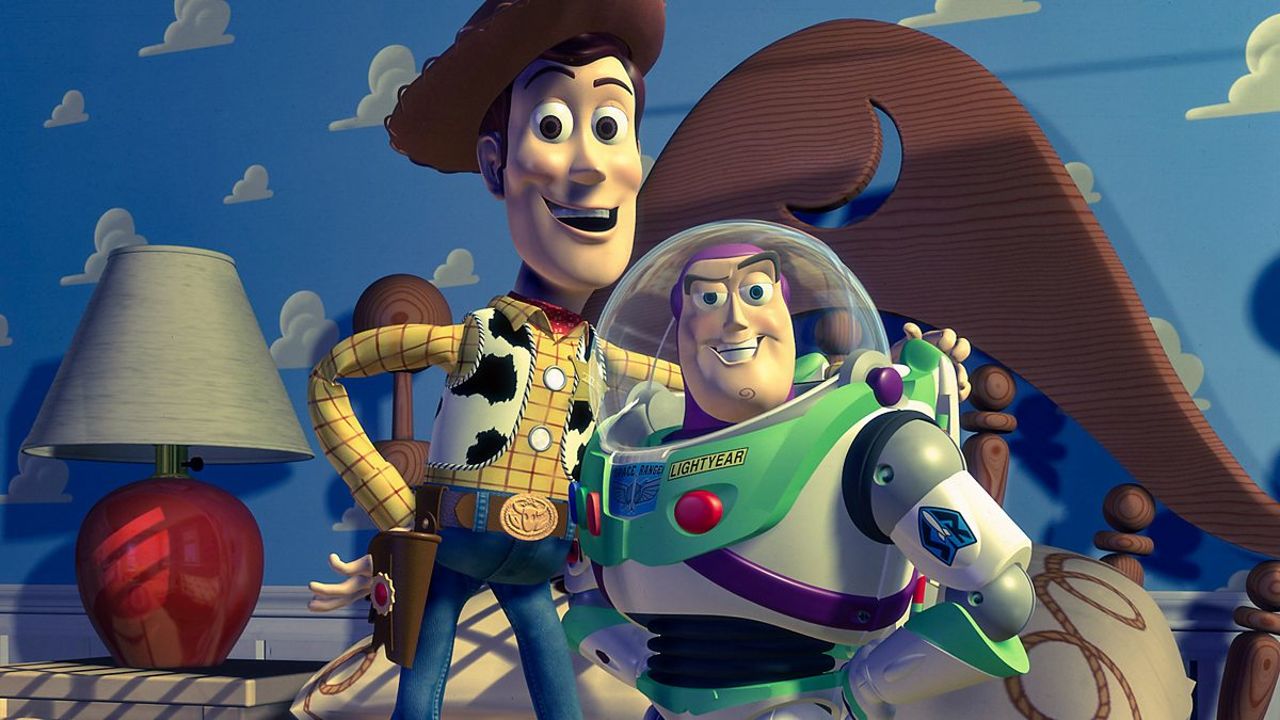 Above: Advertising can take advantage of new leaps in technology made by the feature film industry...

This explains why advertising is constantly scouring the worlds of film and art, looking for new techniques to ‘borrow’. New techniques often come from feature films because they’re normally expensive to develop and films have bigger budgets than ads do.

Given the time and expense to develop the RenderMan software that was used to create Toy Story in 1995, the first fully CGI movie, it seems unlikely this visual style could have been developed for a commercial – it required the huge funds that Pixar was able to access via George Lucas and Steve Jobs. Though innovation does occasionally happen the other way around. For example, The ‘bullet time’ technique did not debut in The Matrix (1999) but in a Smirnoff ad directed by Michel Gondry in 1996 [below].

Understand that, for consumers, the most exciting word in a commercial is ‘new’.

There are two main ways to hack the human obsession with novelty if you’re an advertising professional. The first is to play the game yourself. Understand that, for consumers, the most exciting word in a commercial is ‘new’. Since a new product can sometimes make your life better, like a stronger deodorant, consumers are smart to be attuned to newness. So, let’s not be shy of telling them what’s new about the product. Let’s communicate newness by showing characters in our commercials reacting with surprise to a new product or a new situation created by a product. Surprise is powerful precisely because it cues newness.

And let’s understand that, for people in ad agencies, the same rules apply. Creatives want to hear a commercial will have a new twist: You have a new way of doing the casting. You plan to use a new lens that has never been used in commercials before. Or a new filter. Or a new composer. You’re not just using a U-Crane (formerly known as the Russian Arm), you’re using a U-Crane with a Humboldt Stabiliser. That’s made up, but it sounds impressive, doesn’t it? New new new new new. Above: ... but sometimes advertising gets there first, impacting on the feature film industry in return.

The second trick, however, is to play the game in reverse. Because we humans always focus on what’s new and changing, there’s arguably insufficient focus on what doesn’t change. This was supposedly Jeff Bezos’s great insight with Amazon. Bezos doesn’t know what new products people will want, but he knows it’s highly likely they’ll continue to want them – as they always have – delivered fast and cheap.

The importance of novelty is so great that American researchers have even found ‘neophilia’ is a predictor of longevity.

In advertising, this translates into focusing on ‘deep human insights’ and ‘unchanging values’. Whether in scriptwriting, casting or performance. Claim you’re tapping into profoundly resonant, universal and timeless truths. The gold is in what is eternal, or what is novel. The middle ground, by comparison, is made of lead.

Yes, the importance of novelty is so great that American researchers have even found ‘neophilia’ – the desire to have new experiences — is a predictor of longevity. People whose character compels them to seek out new experiences live happier, healthier lives. The new is, without doubt, supremely attractive.

But, if you don’t have any new tricks, then making a virtue of having the oldest trick in the book may be an equally valid strategy.