In partnership with creative agency Energy BBDO, Old Forester searched for real fans to turn into custom, digital jockeys who appeared atop the turtles as they raced. The winners of the competition were chosen the week of the race and their faces were 3D-rendered over the turtle they were chosen to ride. The jockeys were also asked to provide real, fun facts about themselves that were incorporated into the 11-minute film.

Last year’s campaign paid homage to the year 1945, the only other time in history that the Kentucky Derby had been cancelled. This year the race had a whole new look and feel, embracing a classic 80’s aesthetic to showcase the brand’s timeless tagline, “Old Forester Never Gets Old.” This included the jockeys, whose 3D-rendered faces evoked 1980’s video games. 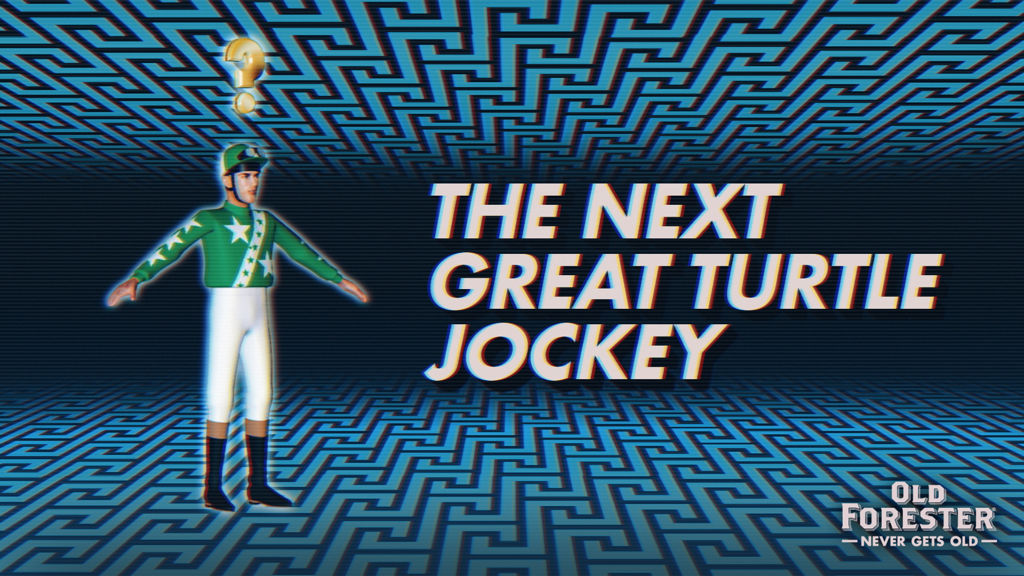 The 2021 race was filmed on a complex miniature set, including a bigger track and a “Churchill Downsized” stadium packed with handcrafted audience members. The campaign also featured fake Old Forester advertisements throughout the race to bring the alternative world to life. To celebrate the event, Old Forester even created commemorative merchandise, like a turtleneck (get it?)

The film was broadcast live on YouTube, with teasers released on social and TV. A 1:30 version of the race also played on the jumbotron at the actual Kentucky Derby in Louisville, KY. While “The 2nd Annual Old Forester Kentucky Turtle Derby” officially happened on Saturday, the campaign will continue to live on as an annual program and prove that Old Forester is a timeless classic.

“We were so excited to be able to bring back Old Forester’s Kentucky Turtle Derby for 2021,” said Robin Laurens, Creative Director at Energy BBDO. “Congrats to Lost in the Fog! Out of the Fog and into the History books.”