How to poke the bear without being eaten alive

Ed Burgess, Creative Lead at The Wild, thinks that using humour to gently prod your rivals is an underused tactic and that, if you get it right, both kudos and commercial success could be yours.

There hasn’t been much messing around in advertising lately, for understandable reasons. Who wants to risk making a joke at a time like this?

But, contrary to what we might think, people need and want humour during tough times. It provides light relief and brings us closer together. But when there’s (rightly) so much subject matter that is off the table, who or what is there to laugh at? Your rivals, that’s who.

When there’s so much subject matter that is off the table, who or what is there to laugh at? Your rivals, that’s who.

Because, when you’re not sure where to aim your jokes, large well-known corporations provide safe targets that broadly sit outside of the realms of public outrage. So, perhaps it’s time for the renaissance of a style of advertising that, unless you’re Burger King, has been somewhat neglected: the rival poke. 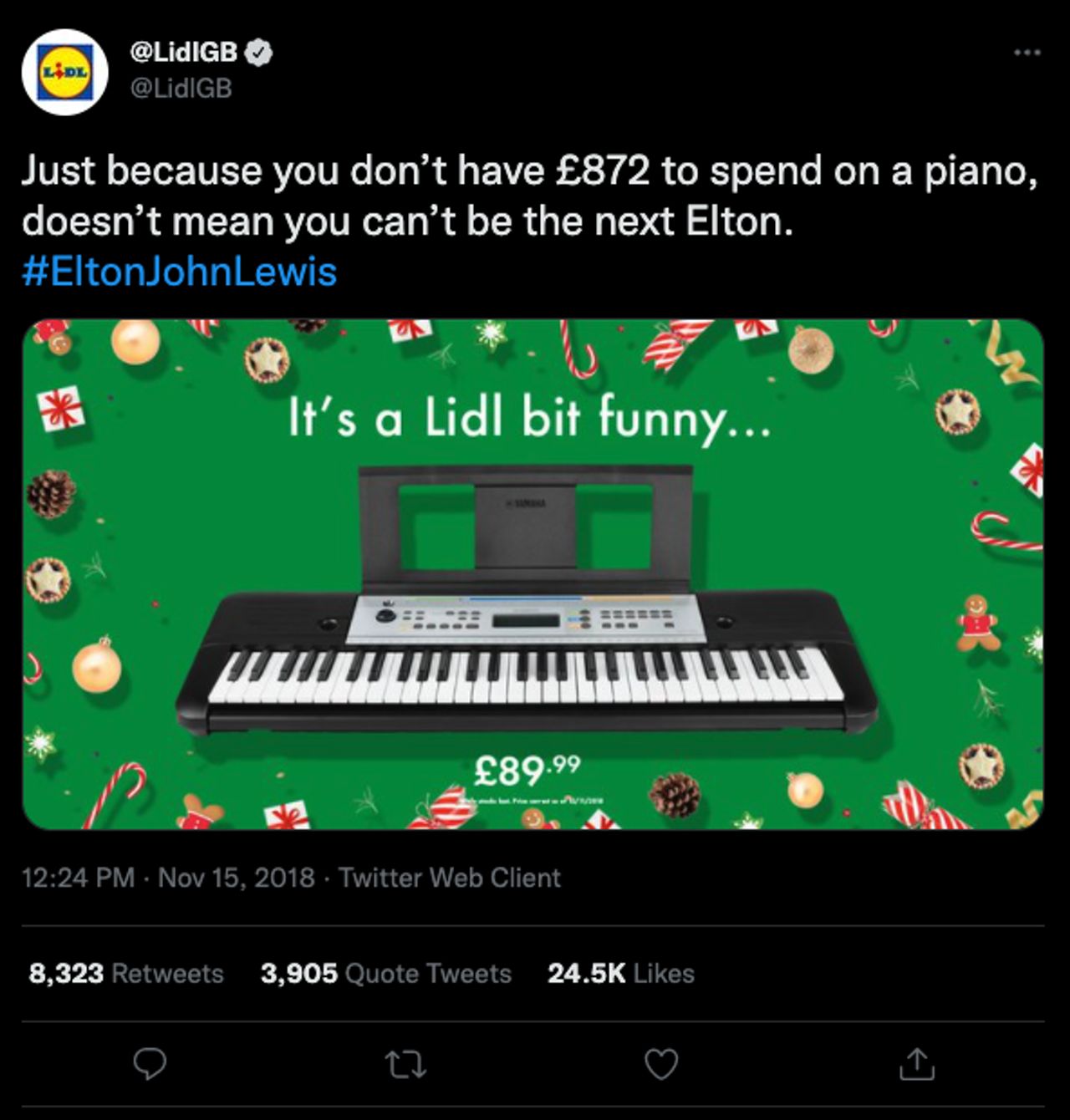 Above: Lidl used John Lewis's Christmas campaign to engineer a targeted campaign of its own.

We’re not talking about the brand on brand love-in of the Heinz Beanz and Weetabix variety, we’re talking about the call your lawyers and grab your pitchforks fun-feuds that get people eagerly awaiting your next move. But, even when you’re doing something as crazy as poking the bear, there are still some rules to follow so that you don’t get hurt.

No one cares what your brand has to say. Perhaps even less so when you’re targeting another brand. So, to land the punch, it has got to be relevant. If there’s a certain way your target audience views an issue, or a cultural moment that you can have an opinion on, lean into it.

We’re talking about the call your lawyers and grab your pitchforks fun-feuds that get people eagerly awaiting your next move.

Masters of the art Lidl did it in 2018 when the John Lewis Christmas ad featured Elton John’s journey from child to superstar. Shortly after the ad aired, Lidl tweeted “Just because you don’t have £872 to spend on a piano, doesn’t mean you can’t be the next Elton. #EltonJohnLewis”, accompanied by a picture of its own £89.99 keyboard. The timely and humorous tweet exploded, adding huge value beyond the ads.

On the flipside, the efforts of the aforementioned standard bearers of bear poking, Burger King, haven’t always landed. Their attempt to highlight the size difference between a Big Mac and a Whopper relied on behind the scenes shoot photography. If no one cares about advertising, then you can be sure no one cares about how it’s made.

Burger King – A Whopper Of A Secret 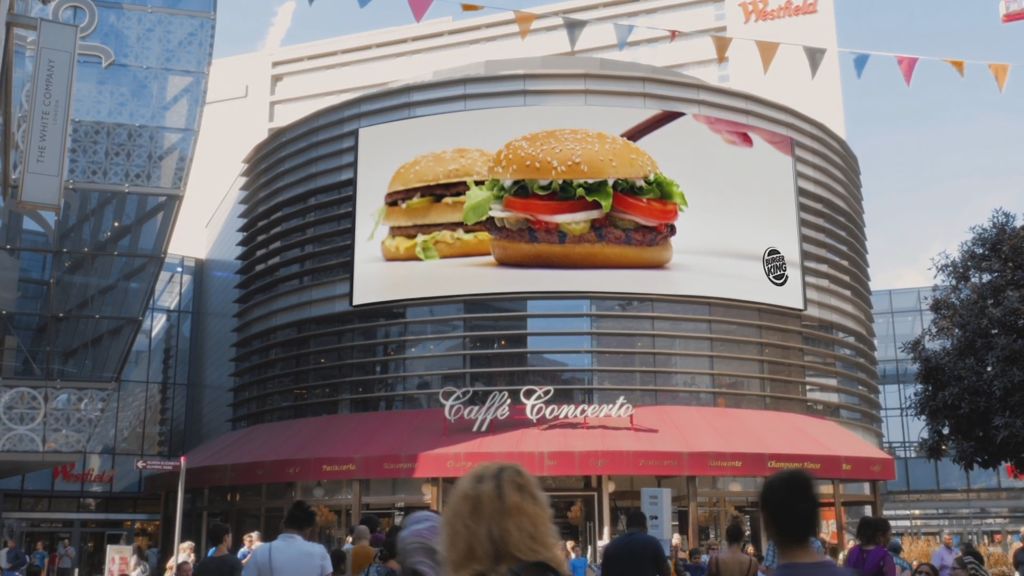 Be brave and commit.

We’ve all witnessed an attempted zinger stumble and fall flat. You’ve got to be loud, confident and committed to succeed. More so than any other form of advertising, this is a live performance. So act like it.

To land the punch, it has got to be relevant.

And if your rival responds, don’t back down. When Aldi took on M&S in the famous case of Cuthbert vs Colin you can bet they were nervous, but their preparedness and gumption reaped them serious reward. A campaign which cost them nothing achieved an estimated £5m worth of earned media. 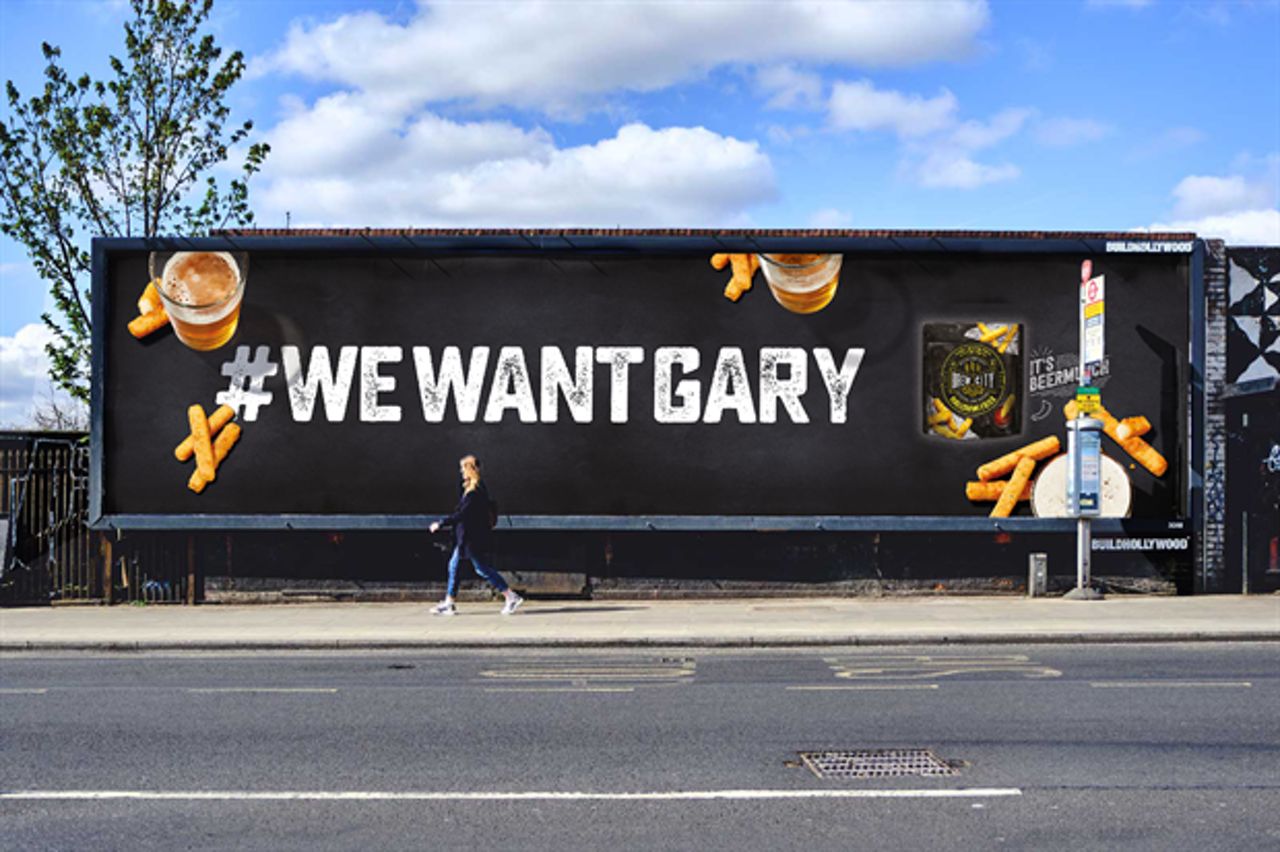 Above: The Wild's campaign used outdoor as well and social media in an attempt to lure Gary Lineker from Walkers to Brew City.

Invariably, a fun-feud takes place on social media. You need the people and systems in place from agency and brand to ensure that you’re ready for, and can take advantage of, whatever’s thrown at you.

If you’re going into the woods in search of a bear make sure you have a plan, go all in, [and] stay quick on your feet.

In The Wild’s ongoing campaign to lure Gary Lineker from Walkers Crisps to Brew City, we were lucky enough to be Twitter’s promoted trend the day after the Oscars. So, we took our chance, turning Will Smith's infamous slap into a meme and tagging Gary in the post. Less than 24 hours after the event, we (slightly unbelievably) had a response from the big man himself.

So, if you’re going into the woods in search of a bear make sure you have a plan, go all in, stay quick on your feet and you should come out the other side in one piece. And if you happen to be the goal-bagging, crisp-flogging bear called Gary that we’re after, slide into our DMs and we’ll get the contract ready.