How to make a mooving straight 8

To kick-off our ongoing collaboration with creative challengers straight 8, we chat to the latest Shootout Gold winners, Work Editorial, about how they made a masterpiece out of a load of old bull.

This was your first straight 8 as a company. Why did you enter? What was the challenge for you guys?

We saw the initial email saying entries were open and thought it looked great. After going to the launch event and seeing such fantastic films, we knew it was something we needed to be part of.

Being an edit house, we had little to no experience of being on set or the ins and outs of camera use but with the help of our fantastic cameraman Lawrence Watson we got the hang of it by the end

How did you get the concept for the film? Looks like a load of old bull to us.

There were weeks on weeks of spitballing ideas, sitting in the assistants' room laughing at how stupid we could make it, then arguing that we were going too far…

After going to the launch event and seeing such fantastic films, we knew it was something we needed to be part of.

Our final idea changed about a week before our shoot too which was a huge curveball and left us all on edge! 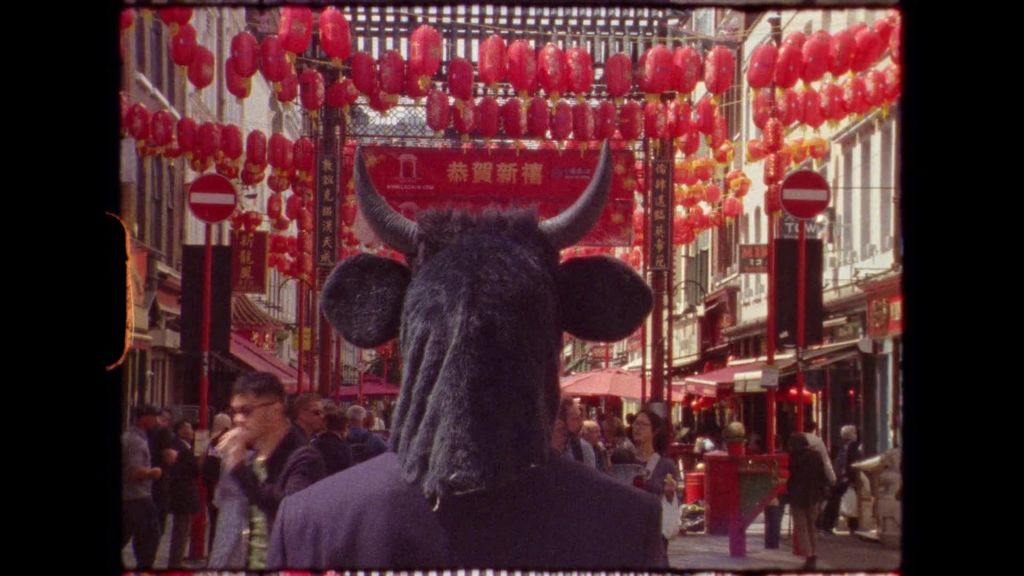 See all of the Cannes 2022 Shootout films here.

Tellingly, you didn’t list a specific director for the film. How many people were involved and what was the collaborative process?

There were a total of six of us. I would call us ‘creatives’ but, in reality, we were all every role there is, which was great as we all managed to add our own spin to the film.

Some of us even took our hand at acting…

How tough was it for an edit house not to be able to cut the film after it was shot? How did you prep for that?

In a way, looking back, being from an edit background means we were editing as we went along and could tell what would add to the storyline, and what wouldn't be needed.

Being from an edit background means we were editing as we went along.

We made thorough storyboards and did a test shoot the week before which we edited together so could visualise what was missing, etc...

How was the shoot? How long did it take and were there any unforeseen issues?

We shot over two days. Our first day was in London and our second out in Lullingstone.

Our main unforeseen issue was the cows that we trekked out to the countryside for were too far from the fence, hence the waving of the bouquet out to the field.

The butcher shop was also closed, but that’s a whole other storyline… 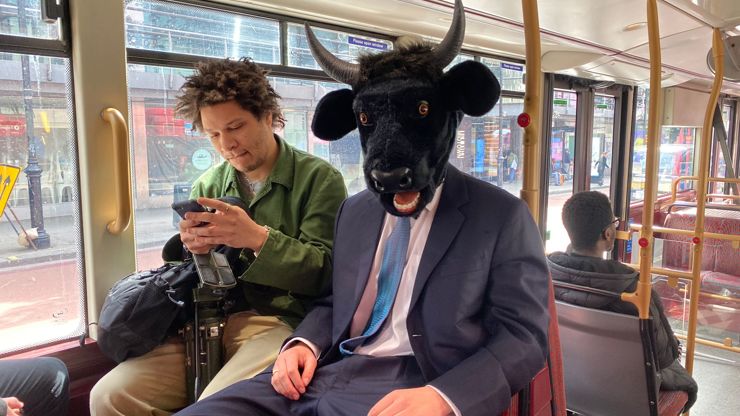 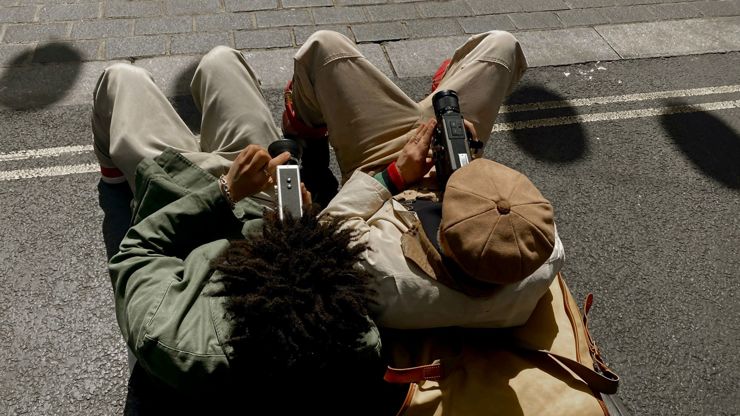 Above: Some behind the scenes fun.

What were your feelings when you saw the film for the first time, in the screening? And winning Gold?!

Terror... Fear… Surprise… oh god it's ours… omg it's not blank… thank god the sound works… It actually looks great!

What top tips could you give anyone thinking of making a straight 8?

Don’t take it too seriously.

You can’t control it very much once you’ve pulled the trigger, so there is no point in worrying that you’ve missed a shot or someone walked in front of the camera.

You can’t control it very much once you’ve pulled the trigger, so there is no point in worrying that you’ve missed a shot.

Looking back at ours, points we thought would be our downfall added to the atmosphere; they became the more natural takes in the film

Are you going to enter again in the future?

But you never know, so keep your eyes peeled for more Bull action in the future… Above: More behind the scenes fun.

The next STRAIGHT 8 SHOOTOUT competition is calling for any creative companies to enter now.

Make your Super 8 short by Nov 21; see it for the first time at Focus Production Show on December 7th, with the industry watching. Open only to the first 20 companies brave enough to commit.

Find all the info and entry details on the straight 8 site.

How Save The Children's film found true heroes of war

B-Reel Films' director Tomas Jonsgården gives an impassioned account of the making of Save The Survivors, which drew on tragic real-life stories of women and children fleeing conflict. 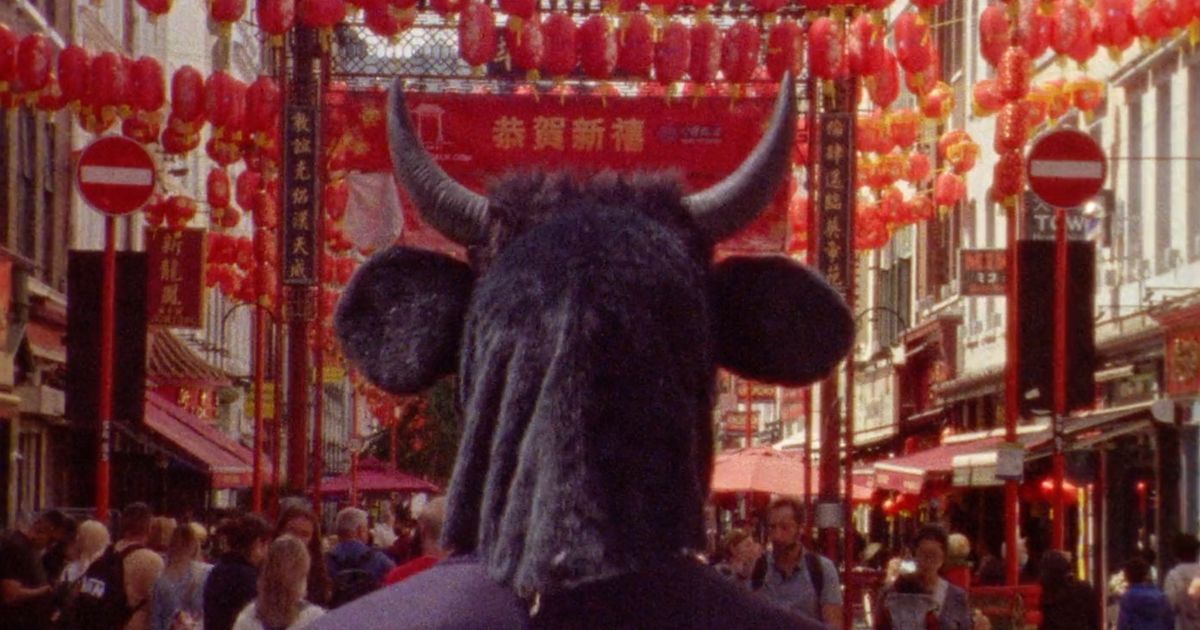 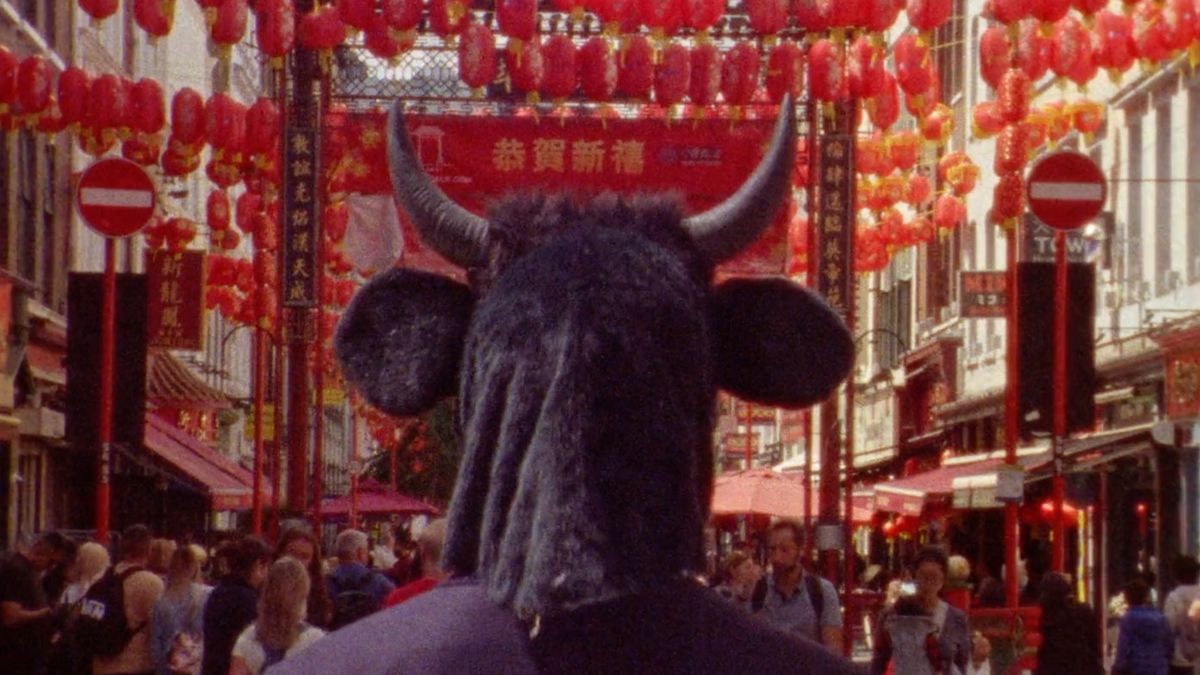