Andrew Watts: A Few Of My Favourite Things

The Watts Media Owner/Executive Creative Director sees a potted history of his career in the items he keeps around his workspace.

With over 20 years in the creative business, it's not a surprise that Watts Media Owner/Executive Creative Director Andrew Watts has collected a few storytelling trinkets along the way.

With work encompassing the likes of Boeing, Intel, Microsoft, HP, Starbucks, Kohl’s, Amazon, Zillow, Fluor and Samsung, Watts' wunderlust and history with filmmaking have made a name for his one-stop-shop creative studio.

Covering pretty much every time of media available (including the nostalgia-conjuring Beta-SP) Watts' collection of Favourite Things shows a knack for nick-nack-narrative. This picture prominently sat on top of my dad’s desk for 11 years and, without much effort, it captures the teacher/pupil dynamic that helped Watts gain its footing in the early days.

Like a good basketball coach, my dad made sure I could dribble before I started worrying about perfecting my 3-pointer. Though, as an insecure 25-year-old desperate to prove himself creatively – this knowledge transfer had its fair share of fits and starts. But patience eventually paid off and the simple philosophies gleaned from the old master serve as the bedrock of the company 20 years later.

As a child, I never truly understood what my dad did.

I knew he made giant slideshows. I guess I was in the ballpark -- he was the founding partner at Watts/Silverstein, which created massive corporate audio/visual presentations using an elaborate system of slide projectors.

In the event community, their shows set the bar before the video age and my dad was recognized worldwide as a “multi-image” pioneer and one of its leading creative minds.

The shows were a masterclass in simplicity, artfully combining rich imagery and emotionally-driven soundtracks.

The magic, he would insist, was in the “3rd image” – the beautifully abstract layering of when slide 1 met slide 2 at the 50% dissolve point. Creative professionals have it so easy these days.

Long gone are the nests of wires and analog connectors that fueled my nightmares early on. Before the internet and hard drives became the de facto delivery platform, we were stuck with tape.

This Sony Beta SP deck was our first big purchase ($11,000) in 2001. Using Final Cut Pro 2, I would send my video signal to the control room via a mess of RGB cables and adapters; my audio would arrive separately through XLR i/o’s. From my desk, I controlled the tape deck via an analog RS 422 connection.

Timecode sync was always a huge issue and I would have to watch every Beta SP layback with an eagle eye to find random black frames that would be caused by imperfections in the tape itself.

Just thinking about the process makes me want to reach for a Xanax.

I had little-to-no experience with any of this and I was all of a sudden mastering content with strict deadlines for big live events. Sometimes, I would be in the control room until 2 a.m. praying that I got it right – the event producers (sometimes halfway across the world) would be calling me constantly about when the tape might arrive. The pressure was often suffocating, and I had to learn unreliable analog video technology as I went along – complete with near misses and Hail Mary’s.

This was when the hair on my head started to fall out – but as they say, it’s also when it began to grow on my chest :) 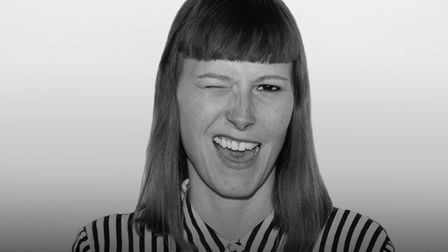 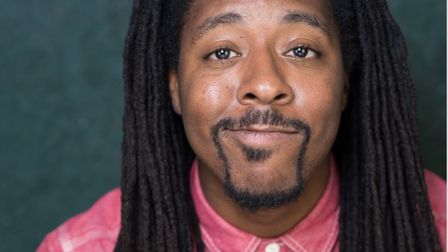 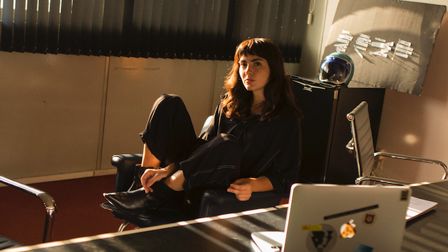 My dear friend Max Goldman was our first DP, and he’s gone on to become one of the best in the industry.

In 2002, Digital Video was becoming an emerging, disruptive technology, and clients marveled at the clarity of Standard Definition content made up of ones and zeroes. But Max’s aesthetic principles would not be persuaded. He thought digital video was inherently cold, ugly, and reminiscent of the local news.

He was the first film snob I had ever met.

I tended to agree with the “cheap” look that early interlaced video conveyed. With persistence, we were able to help our clients see the visual variants we saw in the medium, and convince them that quality equaled legitimacy; and thankfully, we got a couple of clients (like Boeing) to play ball.

Film stock gave these initial productions a huge visual lift. Clients said it looked like Hollywood but couldn’t put their finger on why.

But like with most things, cost became a prohibitive factor and HDCAM at 24fps was only a few years away. The digital revolution was underway and film snobs were forced to adapt or die.

Today, it’s pretty hard to tell the difference between the two mediums. This painting has been hanging prominently in our studio since the very first day in 2001.

My dad found it sticking out of a dumpster somewhere in downtown Seattle and he took it home with him.

I’ve always appreciated the colorful diversity in the characters, and it served almost as an inspiration piece for our fledgling company culture.

In my opinion, the best work is an artful balance of different perspectives - given by people from various backgrounds.

At Watts, we’ve employed people from all over the world, from Indonesia to Poland to Kazakhstan, and their unique worldviews always found their way into the work. Since childhood, I’ve always been a hoarder of pop culture knick-knacks and I spent a good part of my youth hanging out at Toys R Us or local comic shops.

I felt so safe and inspired being enveloped in the sea of bright colors and loud messaging. Seems ironic that our work has remained so straightforward and simple over the years.

I think my desire to decorate the studio with action figures and pop art was an indirect signal to myself; that I had a voice at the company that was my own and I was eager to share the colorful visual language that danced around in my head.

These items have always promoted conversation and nostalgia with new clients and prospective employees.

Early on, I knew Watts had to have a bright vibrant culture to compete. We were always small by design, but there was an intangible creative intimacy that came with that.  We’ve employed local artists to paint street murals depicting employee interests, scoured antique shops for vintage cameras, and built an elaborate bookshelf of only green + yellow books (our original corporate colors).

Although I’d make a crappy interior designer, I’ve always found joy and inspiration in expressing the current vibe of the company through decorative means.

Covid-19 has been a huge bummer in that regard and I can’t wait to get butts back in the seats.

Zoom camaraderie is tough, but great creative output is more reliant on proximity than most people give it credit for. I didn’t know what a big deal the Silver Anvil Award was until we won it in 2012.

I’ve never been very interested in awards or self-congratulatory symbols; I prefer to let the work speak for itself. But this one means a lot.

It was the Public Relations Society of America’s (PRSA) esteemed recognition for the mind-boggling amount of work Watts and its partners put into the Fluor Centennial event in 2012.

For nearly four years, we travelled to six continents and produced over 100 videos. But aside from that, we creatively planned and executed a multi-national live event with satellite uplinks from Dallas to 20 simultaneous remote events, complete with aerial acrobats, a massive live orchestra, and a “living” construction video backdrop that helped change the game for what a live corporate event could be.

This epic creative journey was my father’s last with the company, but it was sure a glorious way to go out. This little guy has been with us since the advent of the DSLR revolution.

In 2009, we were one of the first companies to start using Canon 7Ds to shoot HD video. It was a huge breakthrough for us and eventually the rest of the video production industry. We could achieve incredibly cinematic looks by simply attaching still camera lenses that we already owned.

Clients were stunned at the upgrade, as the variable lensing created an incredible amount of depth in the video imagery.

In addition, the cameras were compact, cheap, and traveled extremely well requiring about 50% less baggage on shoots. The only drawback was the cameras had NO professional audio inputs. Many of you might remember the annoying winding clock sound that was embedded into the picture.

That was obviously a huge problem if we were shooting an interview.

So, we packed these little guys with us and synced the audio afterwards in post with Red Giant’s Pluralize. We still use these things today for home voiceover records.

They do one thing, but they do it well. Being one of the first to deploy DSLRs on location shoots was a surprising profit center for the company; the imagery was fresh and superior in our client’s eyes, and it drastically lowered our “out of house” costs.

We invested in the camera lensing rather than chasing every new model that flooded the market thereafter.

Over the years, we’ve fought the temptation to let the “tail wag the dog” when it comes to buying new technology; you eventually learn that the impact is fleeting and too expensive to always chase the latest and greatest.

In this case, being first was a home run for us and it helped set the tone for the efficient agile production that we’re known for today.

We caught up with Ruffian director David Bertram and chatted about spending hours on Getty Images, cinematic music videos and some favourite tech...

Executive Producer for Scholar, Antonio Hardy shares the moments of art, nature, and cinema that inspire him.

On My Radar: Rocio Crudo

Rebolucion director Rocio Crudo embraces the power of analogue photography, thinks everyone should see this particular Ethan Hawke film, and professes her love for dairy, as she reveals what's on her radar.