Laura Macauley, MD and executive producer at the Sweetshop USA, on a 'wonky' year, the continued rise of social media and why the word 'traditional' should be forgotten.

by Danny Edwards on 18th December 2018
This article was created before we re-designed shots – it may look a little strange or not have the same features as new articles. If you see something particularly wacky, please let us know on shots@extremereach.com
Share

In general, do you think 2018 has been a good year for creative advertising?

I think most people in the Northern Hemisphere will agree it’s been a slightly wonky year in terms of jobs dying suddenly, not making it through testing and overall the amount of production decreasing. However, creatively, Sweetshop pitched on (and won) some of the best scripts I’ve come across in recent years.

What piece or pieces of work have impressed you most over the last year?

If a piece is innovative and really makes you think – that’s what impresses me. So, for me, this year hands down goes to Hiro Murai’s Childish Gambino music video. I’m still talking about that one!

The changing landscape of the industry - within agencies, production companies and clients - continues to be at the forefront of production minds; how has that situation evolved in last 12 months and should ‘traditional’ production outfits still be concerned?

The last 12 months have really seen a push towards creating shorter content for social media or longer content for the internet. The year started with traditional TVCs aplenty and then social media as an afterthought, and very quickly it flipped on its head and social media deliverables were driving the show.

Our directors have been at the forefront of this change, by suggesting social media ideas and usage before the agency or client even had that on their hit list. But the word 'traditional' bothers me because, speaking as a production company, we’re anything but traditional. Every project is new and requires a new set of tools. For us, content is content, no matter where it’s placed, and the only difference will be either crafting the story to fit within a shorter timeline and/or the technical aspect of shooting 1:1.

"I wish for all companies to try and do less harm and more good."

Is the term ‘traditional’ now just a euphemism for ‘outdated’; do production companies – whether old or new – now need to be more than a company that makes great advertising films?

I don’t even use the word traditional, and never have. I think outdated companies are those that don’t think outside the box, and cannot work lighter and cheaper and that are not adaptable. What’s exciting is production companies can now be anything they want to be, and can offer up other solutions for all of their clients.

The Trump presidency and the fallout from Brexit have dominated headlines this year; how do you think those situations have impacted on the advertising industry?

It’s had a huge effect on the economy in the Northern Hemisphere. Trump has created economic and political chaos, many reputable financial sources are saying the US is headed for a recession as big, or bigger, than the one in 2008. I think we are seeing this effect in many agencies downsizing and merging and many large corporations massively reducing their yearly ad spend.

Diversity continues to be at the forefront of industry discussions this year; do you think the industry is doing enough to promote a diverse range of people within the business? What more could/should it do?

No, I don’t. We talk about it, but the industry doesn’t set up enough systems to bring up-and-coming diversity within our workforce. How do they become a director or creative if they don’t even know the job is there? The Free The Bid movement and agencies hiring and promoting women in top level positions is amazing and a good start, BUT these are already people at or near the top of their game.

We need to start at the high school and college level to educate minorities (whether male or female) that this is a business where they can move up to a very high level if they develop the talent and work hard. Also, I want to see female directors being bid way more frequently on car jobs and other previously considered 'manly' categories. 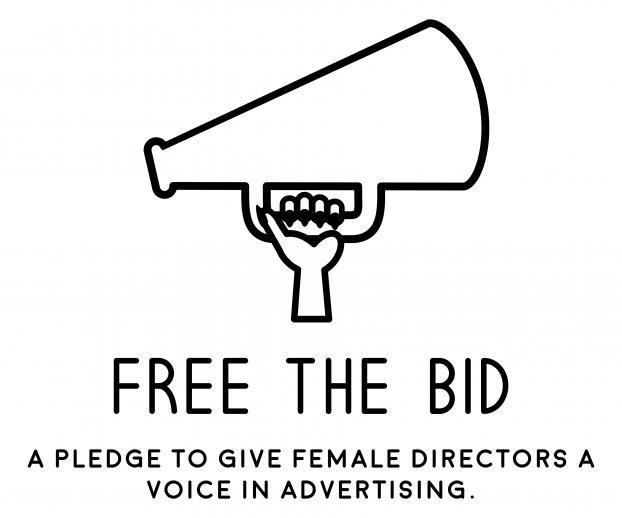 What do you think the biggest talking points of 2019 might be?

But seriously, I think a big discussion in the US will be how to continue delivering the best quality end result for even smaller budgets. We also will need to deliver content that serves multiple purposes and has some staying power. A cool thing I noticed the other day is a Kathi Prosser [Sweetshop director] spot from five years ago started airing again, suggesting that work can still be somewhat timeless.

I also think the big ad trend will be for highly personalised social media feeds that come up based on your browsing history or Instagram pages/pictures you follow/clicked on.

What do you think advertising’s New Year’s resolution should be?

I would love to see less testing and more trust in the creatives. I have met and worked with some of the coolest and most talented creative teams across the globe and I see their ideas get whittled away by focus groups.

I also wish for all companies to try and do less harm and more good. We have beautiful and finite resources in jeopardy because of deforestation and the use of disposable plastic – not to mention the effect on global warming. Sweetshop has had a green initiative in practice for years (way too long to tell you about all of it here!), and through this we are helping to build wells in Africa just by buying reusable water bottles to give to people on set.

"I think the big ad trend will be for highly personalised social media feeds that come up based on your browsing history or Instagram pages/pictures you follow/clicked on."

What will be your own New Year’s resolution, work-related or otherwise?

I’m also an artist and poet so, personally, it’s to do a lot more of that. I also want to travel more for fun and spend more time with my kids.

On the work front, I want to do good work with good people. And a lot of it. 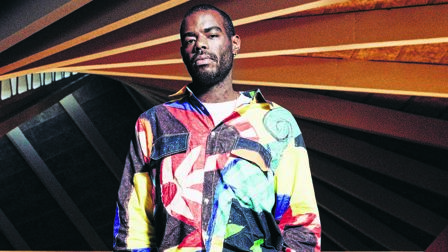 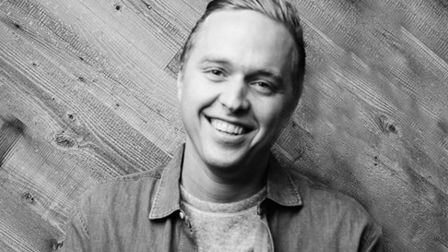 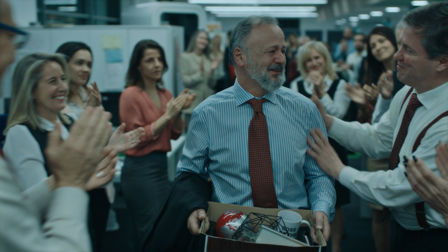 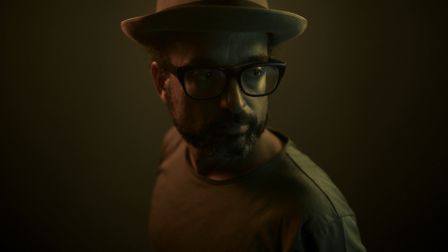 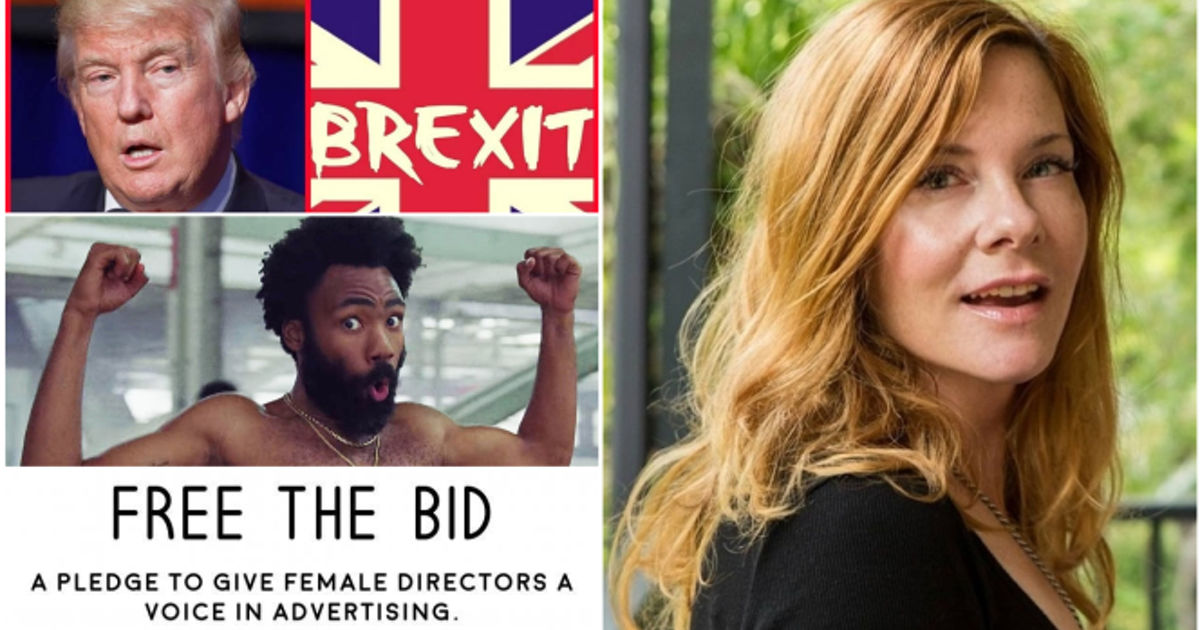 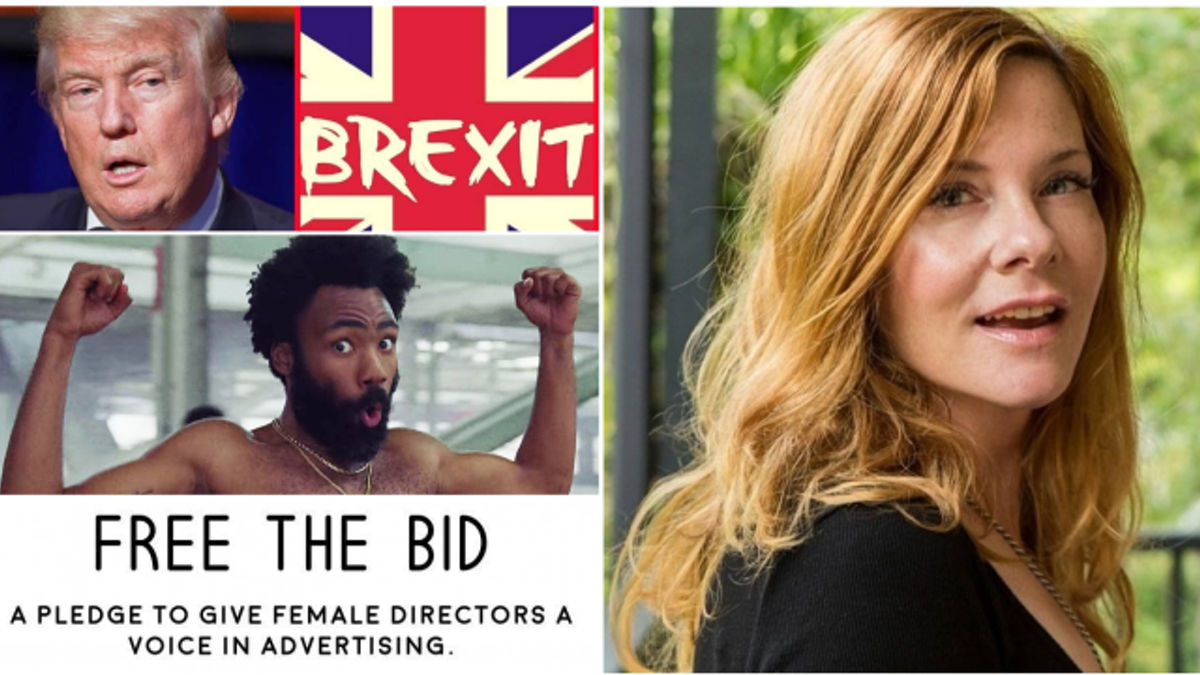