Siri Seems To Be The Hardest Word

“Video killed the radio star,” sang The Buggles, on their 1979 hit about a new medium doing away with its forebear. But Piers Scott, lead UX designer, Rothco, believes new voice tech won't kill off audio ads.

by shots on 22nd November 2017
This article was created before we re-designed shots – it may look a little strange or not have the same features as new articles. If you see something particularly wacky, please let us know on shots@extremereach.com
Share

In 1927, a young Hitchcock had his first major cinematic success with a silent film, The Lodger.

Watching it now, it’s easy to recognise that distinctive Hitchcock style and the themes that would reappear throughout his later works. However, its overly exaggerated acting has more to do with Victorian-era vaudeville than 20th-century realism. Film and cinema might have been new media, but those involved in their production brought with them the style and language of their predecessors. A still from the early Hitchcock classic, The Lodger

At the time The Lodger was released, many were wringing their hands at the impending death of the theatre. Similarly, those working in the print media were fretting over the demise of newspapers at the hands of radio. Move on to the 1950s and television was meant to kill off both cinema and radio. In the 1980s home recording would see the end of its predecessor, TV, and, in the 1990s, the web was finally meant to finish them all off. This decade the smartphone was media’s prospective murderer. New media, as it turns out, do not have a great record of killing off their precursors. As new platforms emerge, we’re more likely to add them to our existing media consumption habits than forget about the old.

Currently, it is voice technology, such as Apple’s Siri, Amazon’s Alexa, or Google Assistant that’s resulting in conversations about disruption. Just as film in the 1920s resembled theatre, the received wisdom is that voice assistant ads, being an audio medium, will take after radio commercials. And the fear is that, as consumers move from radio to streaming audio, voice assistants will do away with ads altogether.The argument is that, as consumers increasingly use voice technologies – which don’t have visual interfaces – marketers will have fewer and fewer opportunities to reach them.

This belief was seemingly proved in March this year when Google Home and Google Assistant appeared to include promotional content about the new Beauty and The Beast film. Users were annoyed, protests acknowledged, and the content disappeared within a few hours.

For its part, Google understands this, saying that it currently doesn’t want to inject ads into the voice interface. But that doesn’t mean that a voice-controlled future is going to be ad-less (Amazon is currently trialling sponsored content), but that the nature of the ads needs to be different.

Voice tech will require a new set of rules, and customers will interact with promotional content on these devices differently. It will simply become another medium that we must learn to design for.

“We need to accept that voice assistants have their own set of rules.”

Rothco tested voice assistants with a small number of users to see exactly how they were using them. While these users said they used these devices as information-finding tools (eg “What is 56°F in Celsius?”), we observed they more frequently used the devices as planning tools. Consumers want to know what their day’s schedule looked like; if it’s going to rain, what shopping they needed to get. They also often asked the devices to remind them of important information at set points during the day.

When these consumers used these devices for product-related searches they wanted to find information about products that they were already considering buying. It appears that consumers don’t need radio-like ads designed to increase awareness – other media do that better – they need content that helps them make more informed decisions about the products that they are interested in buying. An important point here for consumers is that context is key for successful voice content. This is most apparent and acute when consumers are using voice assistants while driving.

When driving, consumers will turn to their voice assistant to find practical information such as, “Where is the nearest petrol station?” The opportunity here for advertisers is to use the context of this request to provide the best possible quality of information to consumers. A voice assistant that tells you there’s a garage near where you’re driving is good, but a superior voice assistant would tell you that in the same radius there’s a garage with better services. This research may be just a small glimpse into consumers’ usage of voice tech but it helps us get perspective and gives a starting point for providing useful and usable content via this medium.

We need to accept that voice assistants have their own set of rules. And if we set out to understand these rules with actual consumers, rather than relying on assumptions based on older ideas and media, we can deliver better quality information to consumers and ultimately better services for our clients. 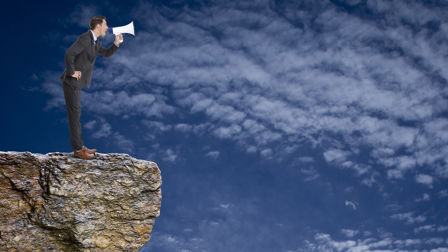 Turning trash-talk into action: why we launched DICE to end manels

Feeling rightly indignant at the lack of diversity on industry panels, Amy Kean explains why the newly launched DICE could help give voice to a broader array of talent.

The entertaining world of Creme Egg

Think of an innovative advertising campaign for Cadbury and a gorilla might come to mind, but Cadbury Creme Egg has been beating the drum for creativity for a long time.

The proof is in the pudding: why CG food sells

Willie Torres, head of CG at Smoke & Mirrors Amsterdam, talks us through how technology is allowing for ever-tastier treats to be conjured on-screen.

A tabletop director gives us a taste of filming food

Tabletop director James Lovick, who's been an integral part of Kenwood's newest recipe campaign, answers some of our questions about the niche and technically demanding craft of food film.