With his upcoming feature The Forest out in 2016 Jason Zada’s discusses his scarily successful career.

by shots on 8th January 2016
This article was created before we re-designed shots – it may look a little strange or not have the same features as new articles. If you see something particularly wacky, please let us know on shots@extremereach.com
Share

If you go down to the woods tonight, you might find something disturbing from director Jason Zada. After famously creating the first elfie selfies with Elf Yourself and then exposing social media’s dark side with the interactive horror short Take This Lollipop, which attracted over 150 million views and several gongs, he’s just finishing his first feature, a creepfest titled The Forest. He tells Simon Wakelin about his explosive entry into Hollywood and why he’s going home to advertising

Jason Zada is deep in the throes of the editing and colour correcting of his first major feature, The Forest, when we meet on the Sony lot in LA. There’s a lot to do before its release in January 2016 by Lava Bear and Focus Features, but if Zada is feeling overwhelmed he doesn’t let on: “I can’t wait to immerse people deep into a forest where thousands of people have gone to commit suicide. It’s a very scary place, and it’s been fun creating a film that psychologically plays with the audience’s perspective of the two main characters.”

The opportunity to direct The Forest came in the wake of Zada’s 2011 online horror hit, Take This Lollipop. This customised, interactive short and Facebook app was created to make people aware of the dangers of posting too much personal information on social media and became an instant hit.

The work was a deliciously sinister experience, with users playing a central role in an on-screen world stalked by a sweaty psychopath. Clicking on a blue lollipop – which contained a razor blade to symbolise hidden danger – took you to a shot of our creepy protagonist in his seedy lair, tapping away at a computer with gravedigger fingernails. Cut to the psycho’s screen, where your Facebook profile page is displayed, as he scrolls through your photos, status updates and lists of friends. The tale ends as he uncovers your home address via Google Maps, jumping in his car with ill intent and your profile picture taped to his dashboard – presumably his next victim.

This chilling warning against posting personal info and photos online inspired a widespread discussion about internet privacy and social media. It also garnered Emmy, Clio, One Show, AICP, Art Directors Club and SXSW awards. “I really had no idea how much it would catch on,” explains Zada, who wrote the script in an hour before shooting and launching the concept in just three short weeks. “We dared people to watch and they did. I think it touched a fear that a lot of us have, specifically how much information we carelessly put online and who has access to it. Put a really evil person in the mix and it can get scary quickly. Word of mouth spread it like a wildfire. It became a global phenomenon and the fastest growing Facebook app ever.”

Hollywood took notice. “It became my entry into the film world,” Zada reveals, having signed to United Talent Agency (UTA) shortly after the app’s success came to light. He was soon being paraded around town to meeting after meeting in an effort to score his first film. “I started meeting producers and reading scripts, searching for the right storytelling project. I wanted to find something that was both character rich and story driven – I had no interest in making a typical genre film.” That search for something extraordinary led to a meeting with producer/screenwriter David S. Goyer (Batman Begins and Batman vs Superman: Dawn of Justice), who pitched Zada an eerie tale about a woman searching for her missing twin sister in the Aokigahara Forest, the infamous suicide forest located at the base of Mt. Fuji in Japan. Zada immediately responded to the concept, and so began the long road to production as he helped develop the script.

Prior to Take This Lollipop, Zada was best known for his rather more cheerful – though some might say equally sinister – customisable online hit, Go Elf Yourself for Office Max in 2006, in which users were invited to upload photos of themselves and their mates to see them transplanted onto dancing Christmas elves. It became a monster hit, attracting over 194 million views in just six weeks, and sustained a massive viral buzz for a number of festive seasons. It was developed through Zada’s very own digital agency, Evolution Bureau (now EVB) which he’d founded in 2000.

When Omnicom bought EVB in 2008, Zada took the opportunity to change careers and started directing digital and broadcast campaigns for such clients as Sony, Adidas, Goodyear, Old Spice, Sunny Delight, Sega and Showtime. “It felt natural, but also scary, making the transition to directing full time during a shitty economy, But I learned how to be nimble and shoot with very little yet still make things look good.”

From tennis-racket guitars to virtual tourists

Asked when he felt the desire to direct, Zada recalls visiting a film set as a kid: “I was seven years old and thought, ‘Holy shit, this is awesome! This is what I want to do!’ I began to shoot and edit films with friends on first-generation VHS cameras. I made conceptual music videos in my garage, dressing up the kids on my street in wigs, using tennis rackets for guitars. When I was older I did start pursuing directing for a while, but somehow got sucked into the creative side of the business.” Zada’s inventive creativity led to the formation of memorably high-concept, multi-platform stories that tapped into the cultural zeitgeist, while his subsequent move into directing has expanded his abilities as a storyteller, adding a talent for using basic filmmaking tools to his skill as a teller of tales.

He recently joined PRETTYBIRD for representation, an outfit widely recognised for its progressive roster of innovative talent. Discussing the path ahead Zada notes that with new media come new methods of storytelling and, along with that, a new definition of the director’s role. “PRETTYBIRD embraces unconventional ideas and approaches, and our goals for the future are very much aligned,” he says. “I think it’s an interesting time for everybody because the ad industry is continually transforming itself to keep up with new technological advances. As a result, the structure of narrative is constantly changing as new media arrives, to the extent that what it means to be a commercial director today is very different from what it used to be.”

Just before he started directing The Forest, Zada created a dazzling digital campaign for Tourism Victoria, through Clemenger BBDO Melbourne, called Remote Control Tourist. A tourism marketing world-first, this real-time web experience gave users the the opportunity to visit Melbourne vicariously, employing the services of remotely controlled tourists who could tour the metropolis and transmit live video streams. “I love creating something that has never been seen or done before,” he says of the distinct work. “It was another one of those wildly successful jobs that was so unique.” It garnered five bronze Lions at Cannes in 2014.

Story-less horrors of the horror genre

As our thoughts return to The Forest, I ask him why he thinks there is such an appetite for scary flicks. Zada answers that we all want to feel something when we watch a movie. “We want to leave our lives behind and sit in a dark theatre for a few hours and be immersed in another world,” he muses. “I think scary movies are the perfect way to get an audience to feel. Your heart races, multiple senses are being thrust into overdrive and the scare is a bit of a thrill. It’s the same reason why people love rollercoasters. A horror movie is a ride we take people on.”

I ask him why so many films in the horror genre fail to get the basics right, featuring nothing more than a series of fake-outs with jumpy sound design to wig out the audience: “The worst horror movies are bad scripts with three-million dollar budgets and a big marketing campaign,” he says, proceeding to exempt The Forest from such lacklustre fare. “Horror is certainly popular, but it should always be about storytelling over genre. Look at The Shining. It is one of the scariest films of all time, but I don’t necessarily think of it as a horror film. It’s more a compelling storyline with great characters.” I note how horror movies – even slasher flicks – generally stick to an almost Victorian moral code: you can be pretty sure that the girl who has sex with her boyfriend maybe a little too soon will wind up dead.

What are his thoughts on the various rules in the horror genre – outmoded or otherwise? “You just have to look at A Nightmare On Elm Street,” he answers. “I’ve always loved that film for the rules it created for the story world – don’t fall asleep! In some horror movies the rules are stated clearly, while in others the rules become a repeating theme. I grew up with traditionally scary movies like The Exorcist, but I love the campness and characters [of Jason, Freddy Krueger etc] from 80s horror films.”

As Zada wraps up the interview to get back to his post production duties, I ask him about what really drives him in his career: “To dream big, entertain an audience and make the viewer feel something,” he says. “People like advertising when it doesn’t feel like advertising. Most of my successful work has been under the guise of entertainment. I’m attracted to projects that allow me to do something completely original, and that’s an exciting way to make a living.” 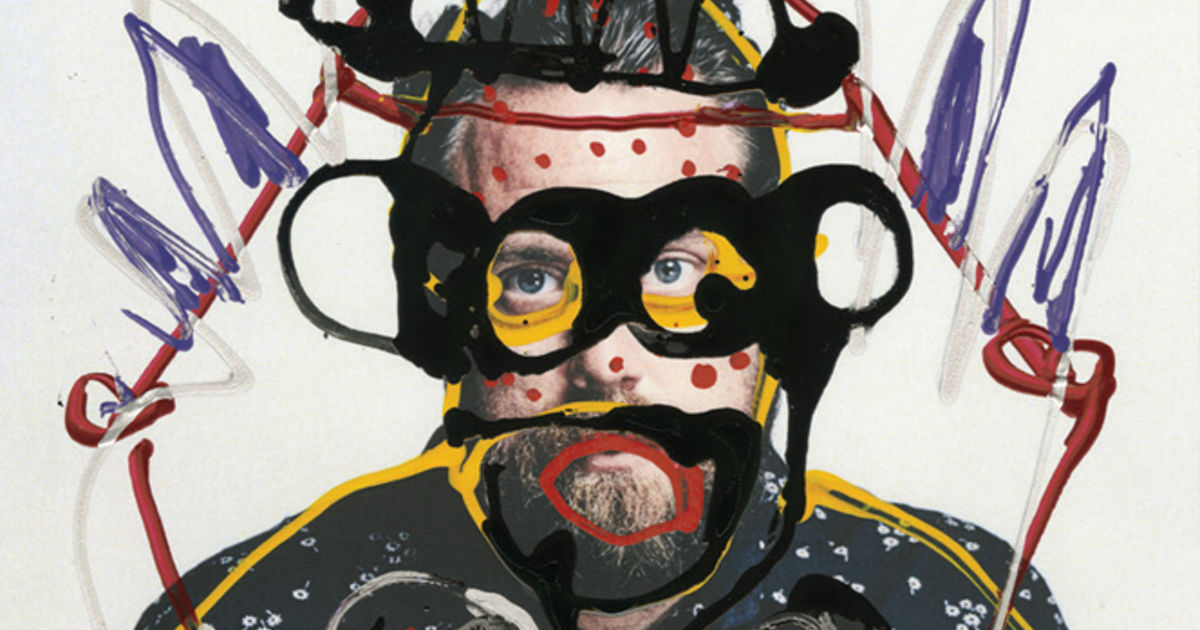 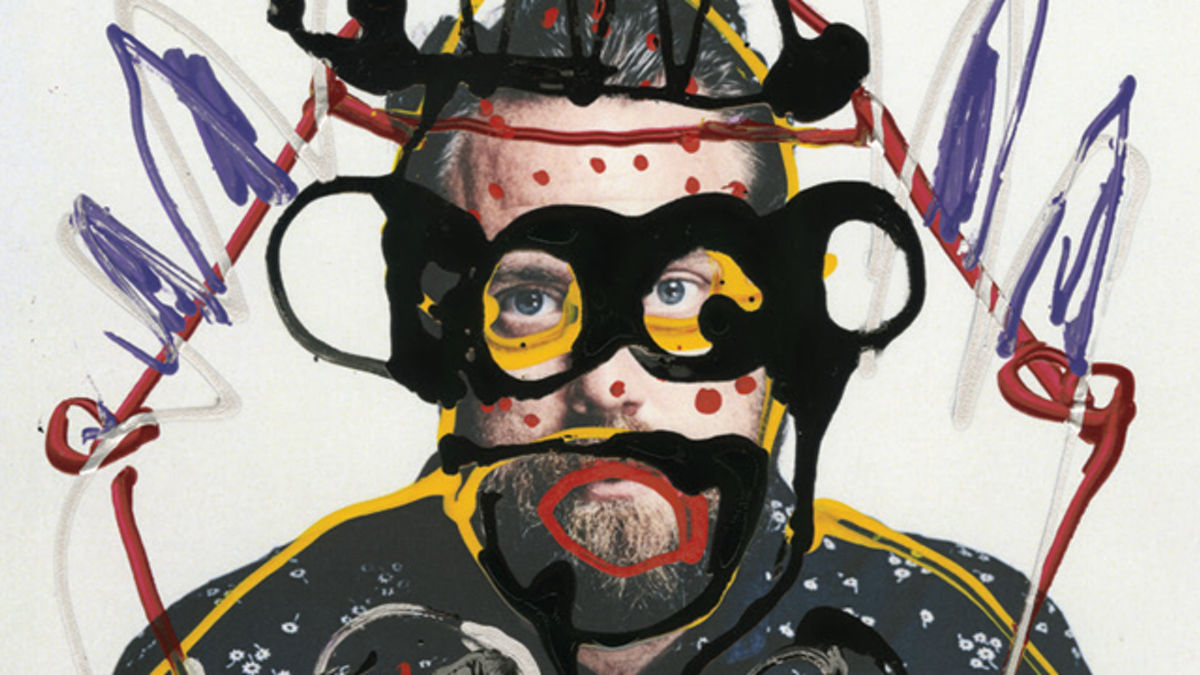